But the share who described Trump as a strong leader rose

After a tumultuous first half of the year for President Donald Trump – featuring the emergence of new details about alleged past affairs, developments in the Russia probe and critiques of his foreign policy – voters’ views about him personally have hardly changed, suggesting many have made up their minds about the nation’s 45th leader. 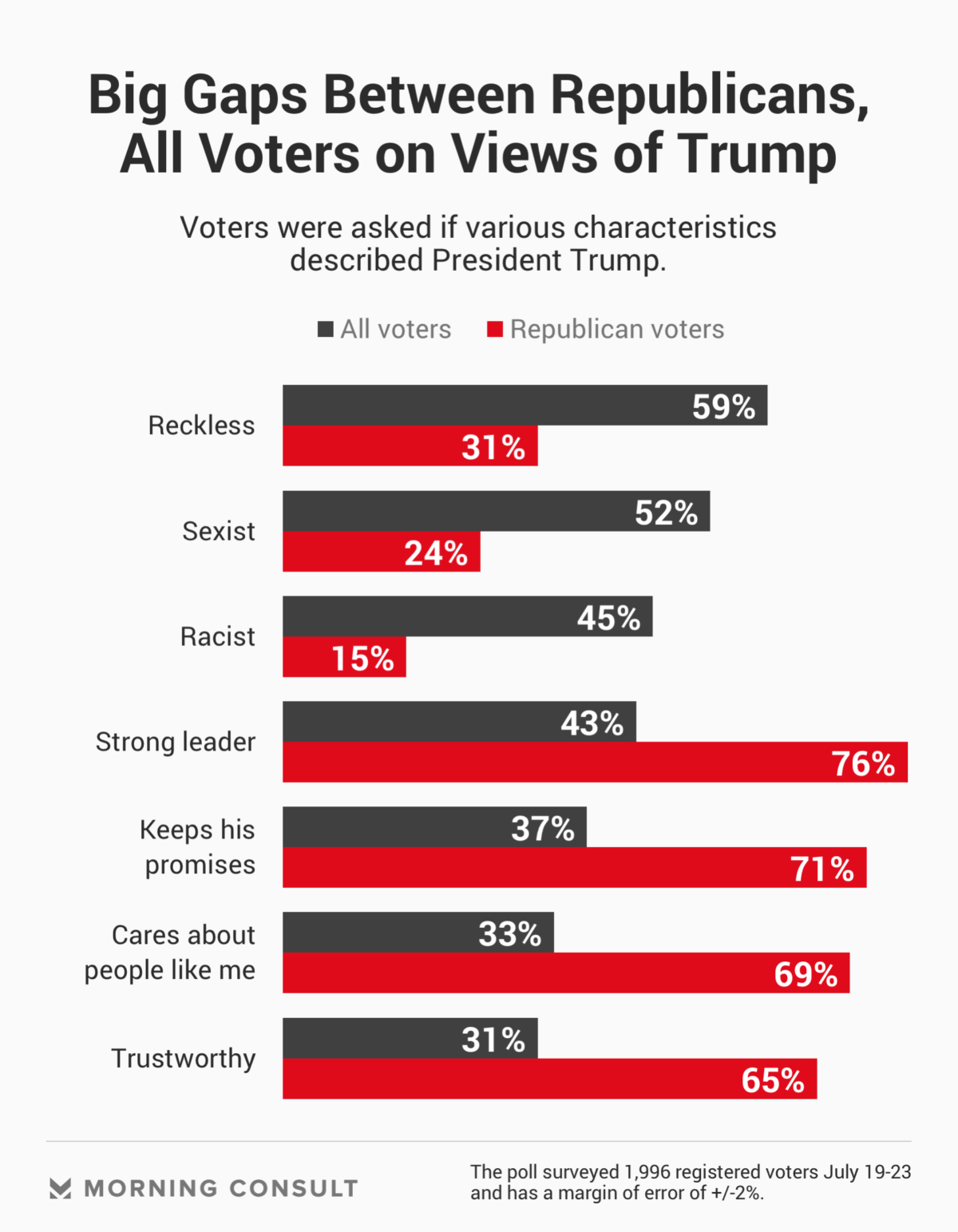 The latest survey, which polled 1,996 registered voters, also found 45 percent approve of Trump, while 51 percent disapprove — figures which fall within the survey’s 2 point margin of error compared to January.

But voters did reconsider one attribute in the past six months: In the latest poll from July 19-23 — conducted after Trump’s summit with Russian President Vladimir Putin and meetings with European leaders — the share of respondents who described Trump as a strong leader rose 4 percentage points, to 43 percent, compared to a January poll.

More than 3 in 4 Republican voters (76 percent) describe Trump as a strong leader, the same share who said so in January.

Among Republicans, the biggest change came when they were asked if Trump is honest. Sixty-three percent of Republicans said that word describes the president, down 6 points since January, while the share among all voters dropped 3 points to 32 percent.

Republicans and voters overall were most likely to disagree on the question of whether Trump “cares about people like me.” A third of all voters said Trump does — less than half the 69 percent of Republicans who said so.

But – like questions of whether Trump keeps his promises, or is racist or sexist – those views appear to be baked in, with hardly any change compared to January.