Proponent of 3D gun blueprints argues it’s about free speech, not the “whims of the mob” on gun rights 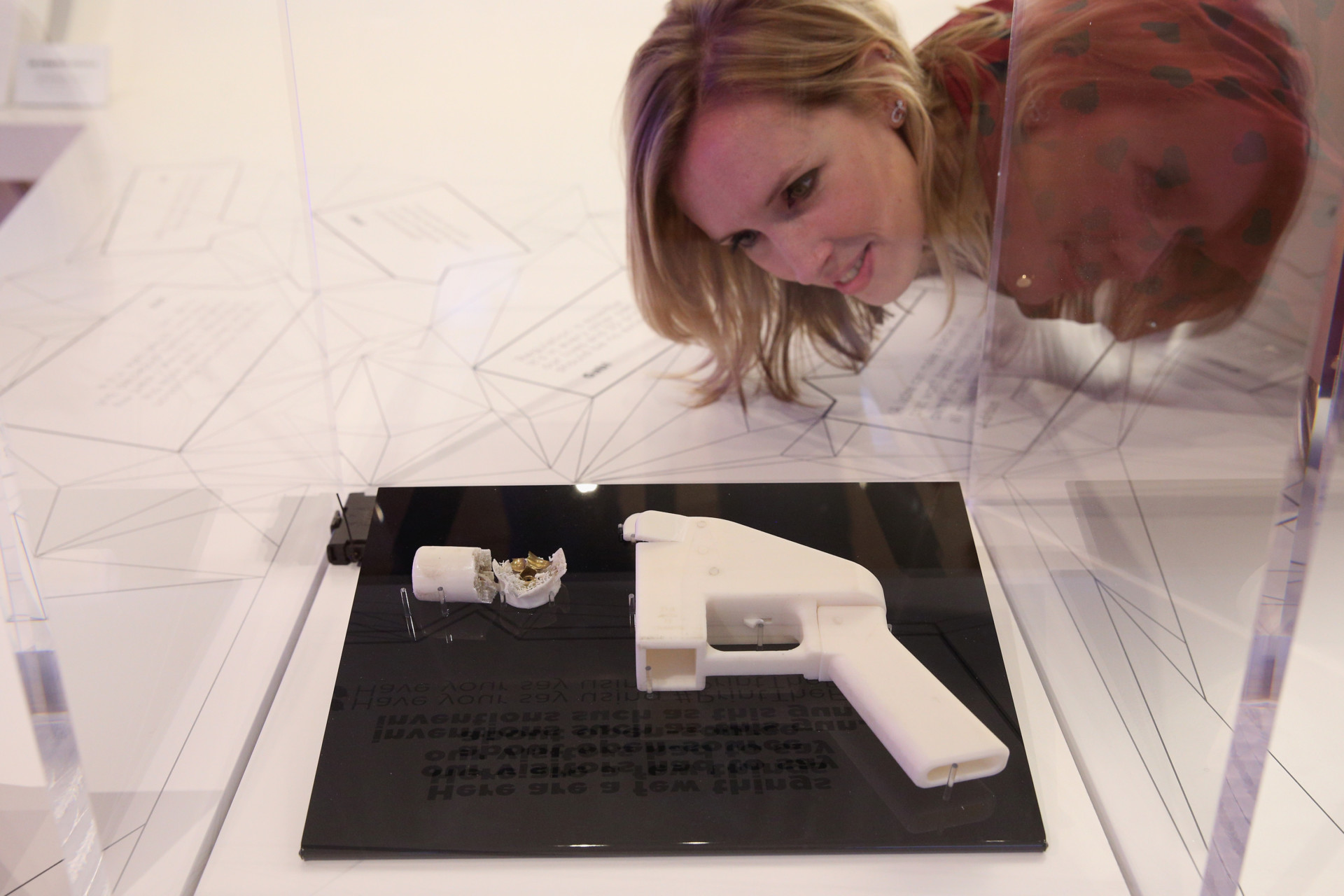 A woman admires a 3D-printed handgun that was created and fired by Finnish journalist Ville Vaarne and which was displayed in the exhibition '3D: printing the future' in the Science Museum in London, England. (Photo by Oli Scarff/Getty Images)
By Edward Graham

Most U.S. voters oppose public posting of blueprints for 3D-printed guns and think the government should regulate self-made guns the same way it treats other firearms, according to a new Morning Consult/Politico poll.

3D printers use materials, often plastic, to create three-dimensional versions of objects based on blueprint designs. Opponents of 3D-printed guns are concerned the printers could be used to create untraceable, easily destructible and often undetectable firearms.

Right now, 3D printed guns are illegal unless they meet the requirements set by the Undetectable Firearms Act, which requires that guns be detectable by a metal detector. 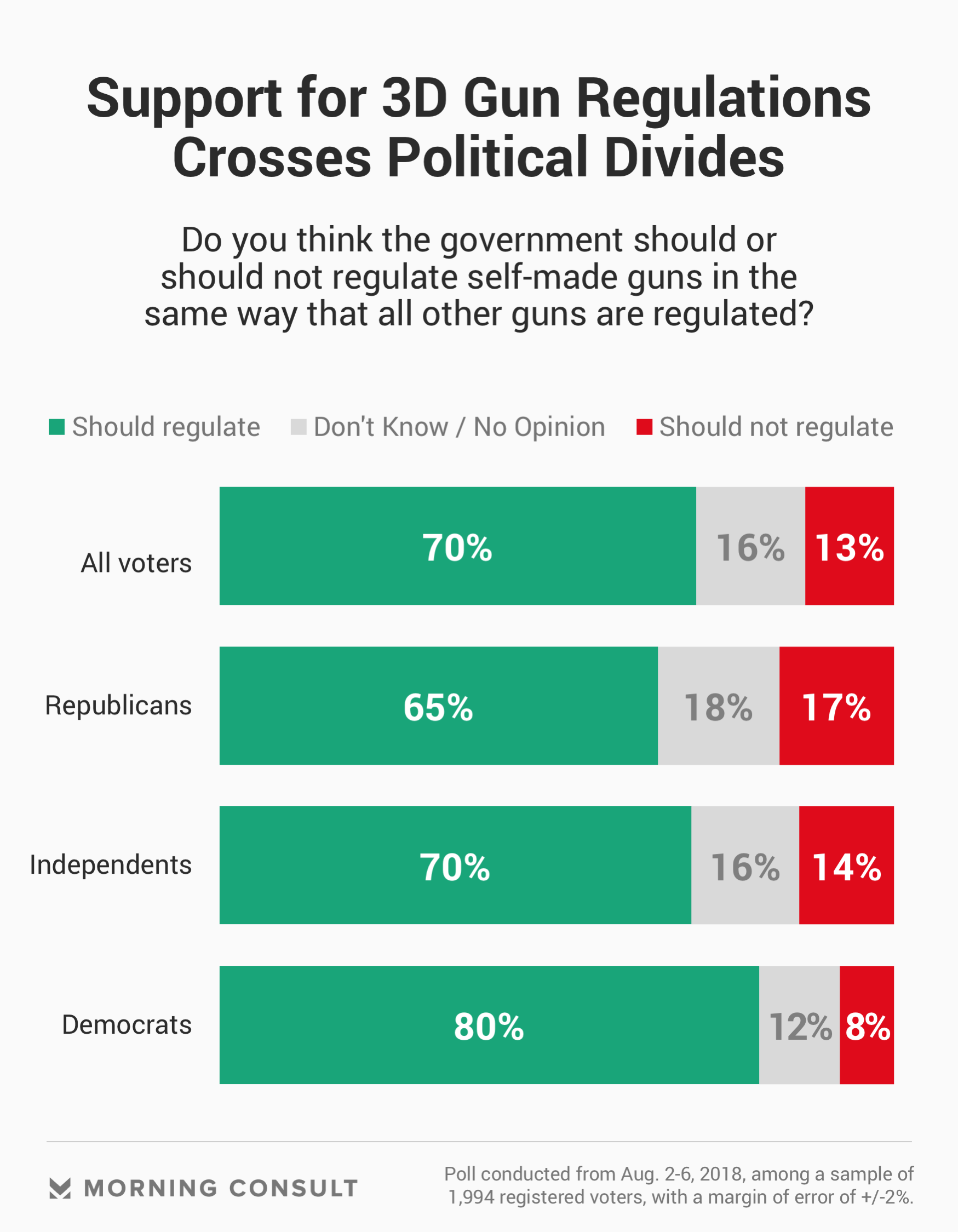 But how the law treats blueprints for such guns came under scrutiny after the State Department agreed to allow Defense Distributed, a Texas nonprofit that distributes digital blueprints for 3D-printable weapons, to share its instructions online.

Attorneys general in eight states and the District of Columbia last week filed a lawsuit to block the settlement from going into effect, and a federal judge in Seattle issued a temporary restraining order against posting the blueprints online. During a Friday hearing, the judge will decide whether to make the order permanent.

President Donald Trump on July 31 also tweeted that he was looking into the issue of “3-D Plastic Guns being sold to the public.”

The poll, conducted Aug. 2-6 among 1,994 registered voters, found 64 percent of respondents don’t think people should be able  to post blueprints for 3D-printed guns online, and 70 percent said the government should regulate self-made guns as it regulates all other guns. The poll has a margin of error of 2 percentage points.

Neither political ideology nor gun ownership were factors in voters’ views of 3D-printable weapons. Majorities of Democrats, independents and Republicans were all against posting the blueprints online and in favor of regulating self-made guns.

Cody Wilson, the founder and director of Defense Distributed, said public polling didn’t have any impact on his effort to make 3D-gun blueprints available.

“Majorities of voters don’t believe you should be able to post bomb plans to the internet either,” Wilson said in a Tuesday email. “Luckily the Constitution protects us from the whims of the mob.”

“I don’t need to justify my desire to speak,” Wilson added. “These states must justify their attempt to stop me.”

Despite concerns about the accessibility of 3D-printed guns, the survey found that public availability of 3D printers is still limited.