American Parents Divided by Party on Safety of Arming Teachers

In the wake of school shootings, Republicans more willing than other parties to pay higher taxes to arm teachers 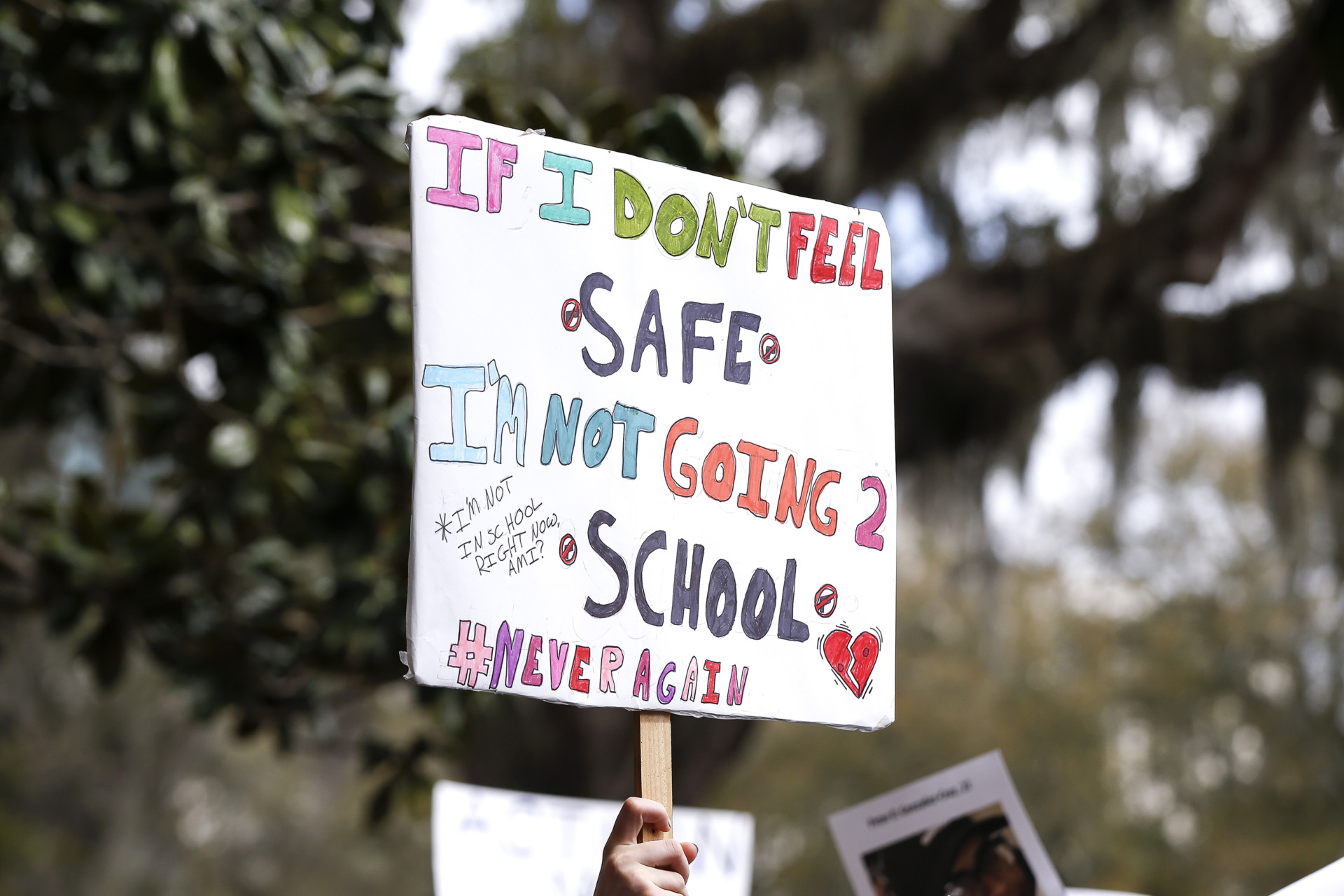 An activist holds up a placard during a rally at the Florida State Capitol building to address gun control on February 21, 2018 in Tallahassee, Fla. (Photo by Don Juan Moore/Getty Images)
By Eli Yokley

Despite a shooting at a Florida high school earlier this year, more American parents said they feel safer about sending their kids to school this year compared to last. And policies such as armed guards, security cameras and metal detectors contribute to that feeling of safety, according to a new Morning Consult survey.

Not so for arming teachers — a policy proposed after the shooting in Parkland, Fla., that killed 17 students, and the most divisive issue in the poll, which was conducted Aug. 2-6 among a national sample of 459 parents with children in school. 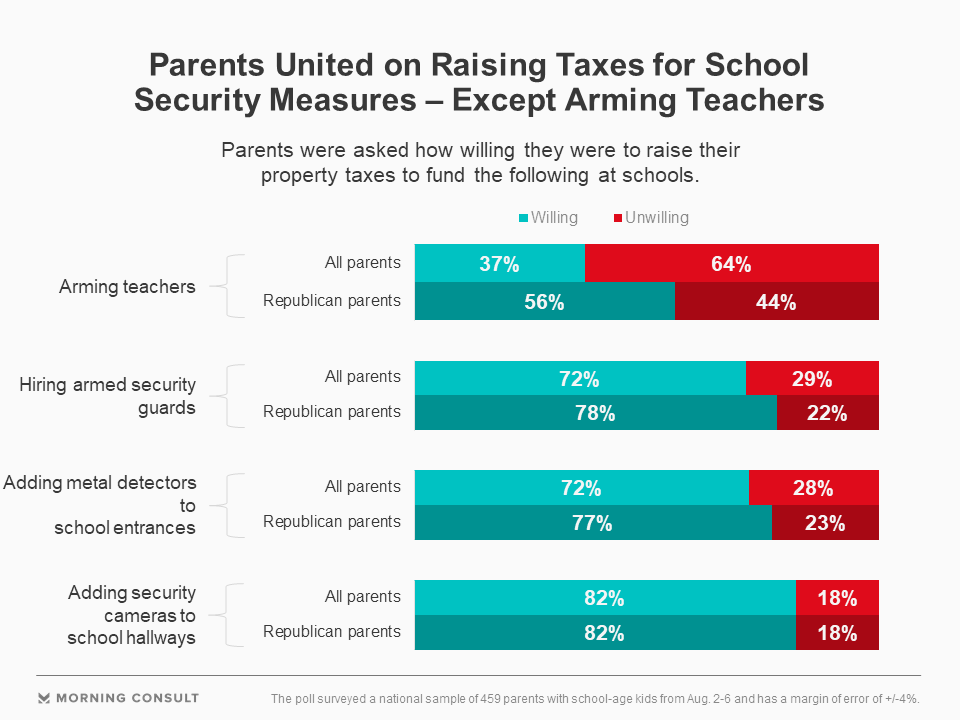 A majority of Republican parents, 52 percent, said allowing teachers to carry weapons in the classroom made them feel safer about their kids. They also said they’d be willing to pay higher property taxes to fund the practice.

In contrast, most Democratic parents and millennial parents said giving teachers weapons would make them feel less safe. A plurality of independents agreed with the Democratic position, with 44 percent saying they would feel less safe with armed teachers, while 29 percent said they’d feel more safe.

Overall, 64 percent of parents said they were unwilling to raise their property taxes to fund arming teachers, while 37 percent were willing.

But when parents were asked directly which way is best to protect their child — passing gun control laws to limit a potential shooter’s access to guns, or arming teachers and school guards — more parents chose the latter, 56 percent to 44 percent.

The sample of parents leans slightly Republican, 80 percent of whom prefer arming teachers and guards.

Americans’ views could be colored by the fact that many don’t believe Congress is likely to pass gun control laws: In a February survey conducted in the wake of the Parkland shooting, 59 percent of registered voters said they thought the chance of Congress passing gun control laws was “fair” or “poor.”

Among the policies polled in the recent survey, the largest share of parents (81 percent) said adding security cameras to the hallways of schools would make them feel safer, while 72 percent said that adding metal detectors to school entrances and hiring armed guards at the school would add to their feelings of safety.

Along the same vein, 82 percent of parents said they were willing to raise property taxes to fund cameras, while 72 percent said they’d be willing to pay more to fund school guards and metal detectors.

Related: Half of Voters Support Arming Teachers as GOP Backing for Gun Control Rises
Back to School Gun Control