Stormy Daniels’ lawyer Michael Avenatti would trail the president, with most voters undecided, according to polling 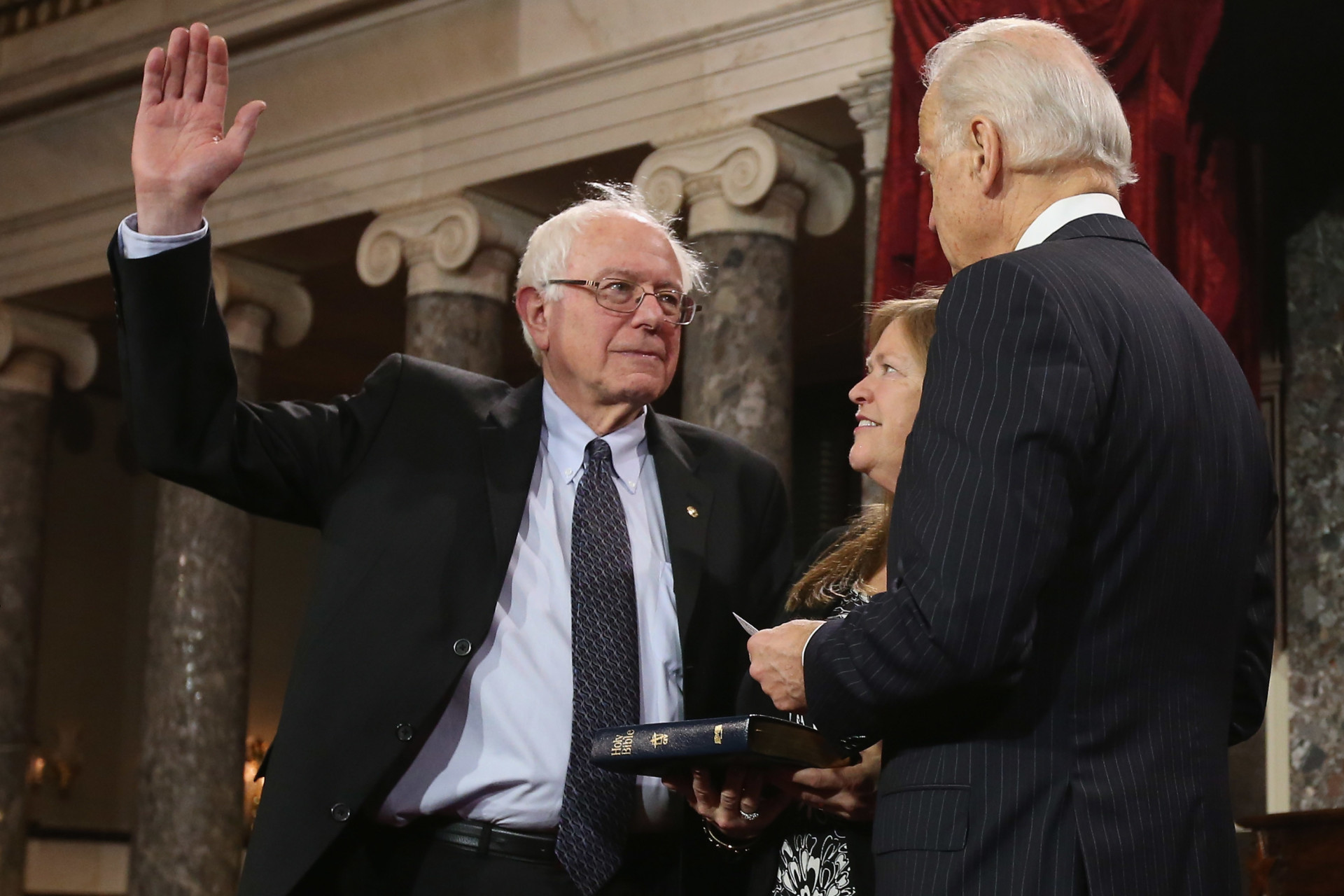 U.S. Sen. Bernie Sanders (I-VT) participates in a re-enacted swearing-in with his wife Jane O'Meara Sanders and Vice President Joe Biden in the Old Senate Chamber at the U.S. Capitol on Jan. 3, 2013, in Washington, D.C. (Photo by Chip Somodevilla/Getty Images)
By Eli Yokley

But the two men – both in their mid-70s and both with unsuccessful runs for the Democratic nomination for president behind them – are just about the only possible 2020 contenders polled for whom voters currently have strong views, as candidates begin deciding whether to run more than two years out from the next presidential election. 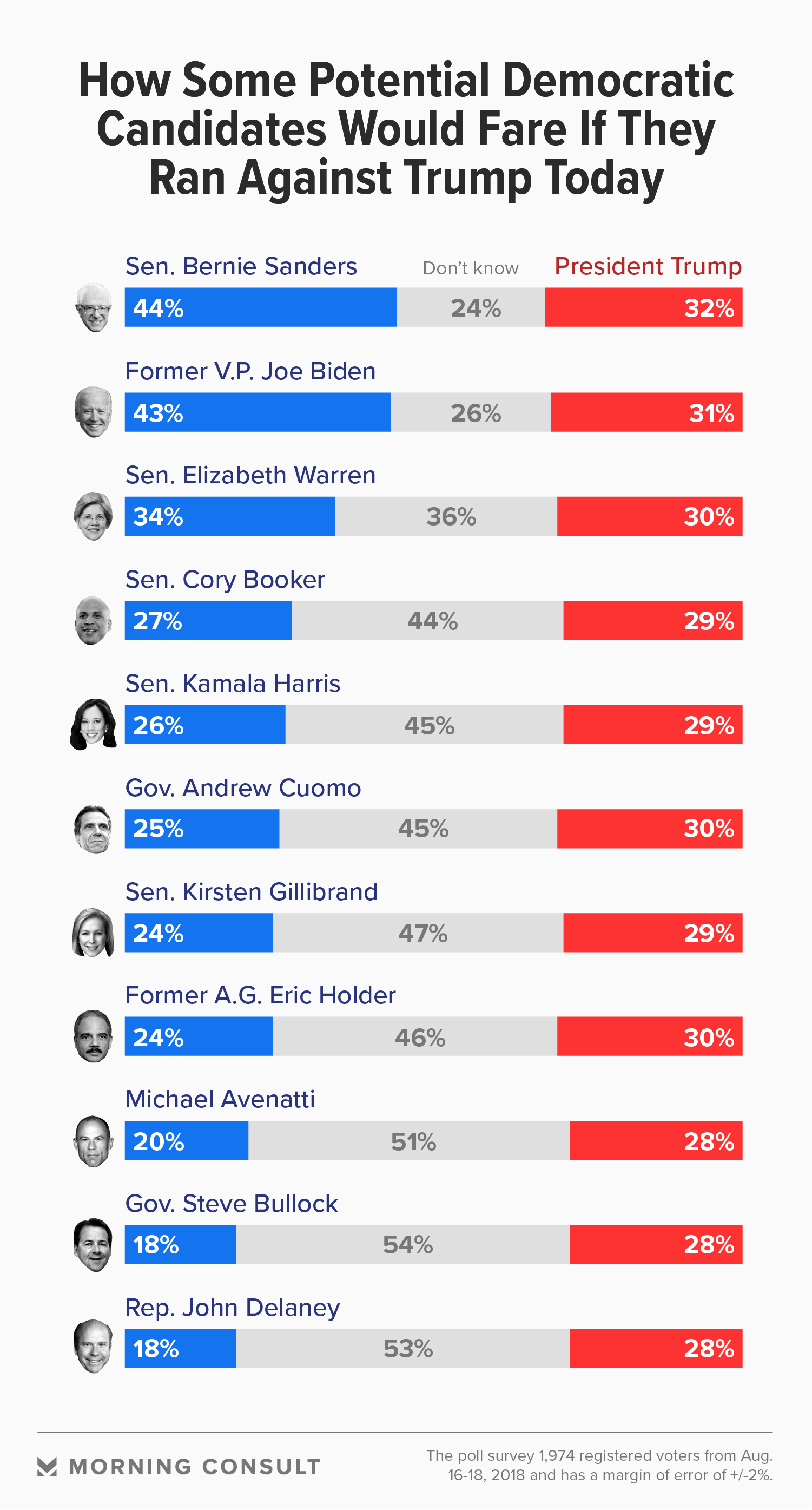 In the survey, 11 possible candidates were listed by just their names – no titles. Majorities said they did not know or had no opinion about Rep. John Delaney (D-Md.), the only announced Democratic candidate on the list, or Michael Avenatti, the lawyer for adult film star Stormy Daniels who became a fixture on cable news.

Avenatti – who recently spent time in Iowa, the first-in-the-nation caucus state whose votes can help propel a candidate during the nominating contests – said during an interview at the MTV Video Music Awards on Monday that he’s “seriously looking at” a campaign, noting he’s been “really surprised at how much enthusiasm there is out there for the potential.”

The poll suggests Avenatti would have some work to do: Trump leads him in a hypothetical election, 28 percent to 20 percent, with 51 percent of voters undecided. The numbers are similar to Trump’s leads over Delaney – 28 percent to 18 percent, with 53 percent undecided – and Montana Gov. Steve Bullock (D), whose spread against Trump is identical to Delaney’s.

As Democrats search for the right person to take on Trump, majorities of the party’s voters are undecided about Avenatti, Bullock and Delaney, as well as New York Sen. Kirsten Gillibrand. Fifty percent did not know or had no opinion about former Attorney General Eric Holder and New York Gov. Andrew Cuomo.

Among all voters, more are undecided than supportive of Trump or the potential Democrats other than Biden or Sanders, leaving the contest wide open.

Trump’s support against Biden has dropped 6 percentage points since voters were asked in late July. At the time, Biden led him, 44 percent to 37 percent, with 19 percent undecided.

The latest poll has a margin of error of 2 points.