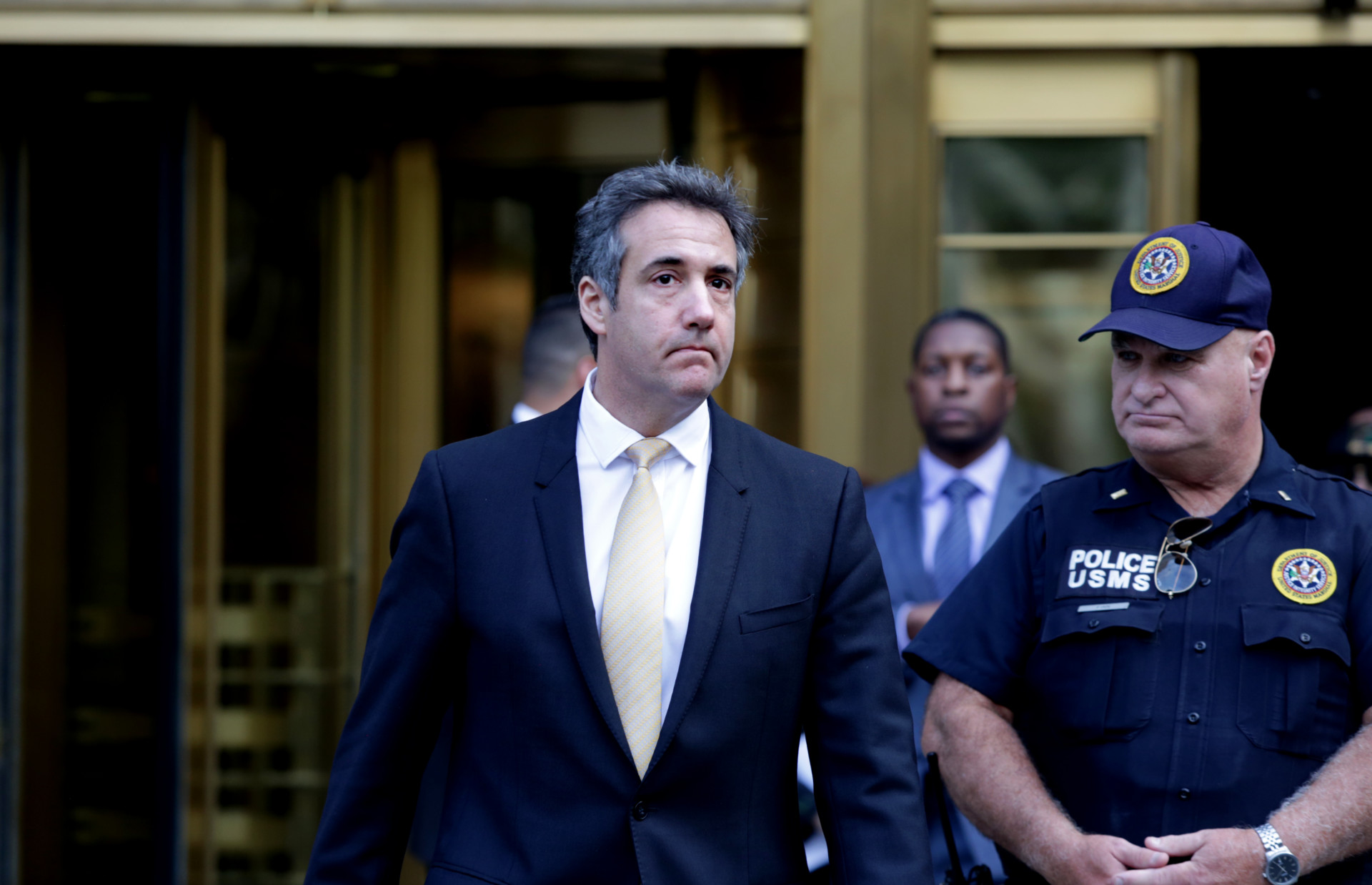 President Donald Trump, who has reportedly considered pardoning some of his former associates in legal trouble, could get the chance after Paul Manafort, his former campaign chairman, was convicted on charges of bank fraud and his former attorney, Michael Cohen, pleaded guilty to campaign finance charges.

But a new Morning Consult/Politico poll of 1,564 registered voters, conducted Aug. 23-24, found most voters don’t want either of them pardoned. 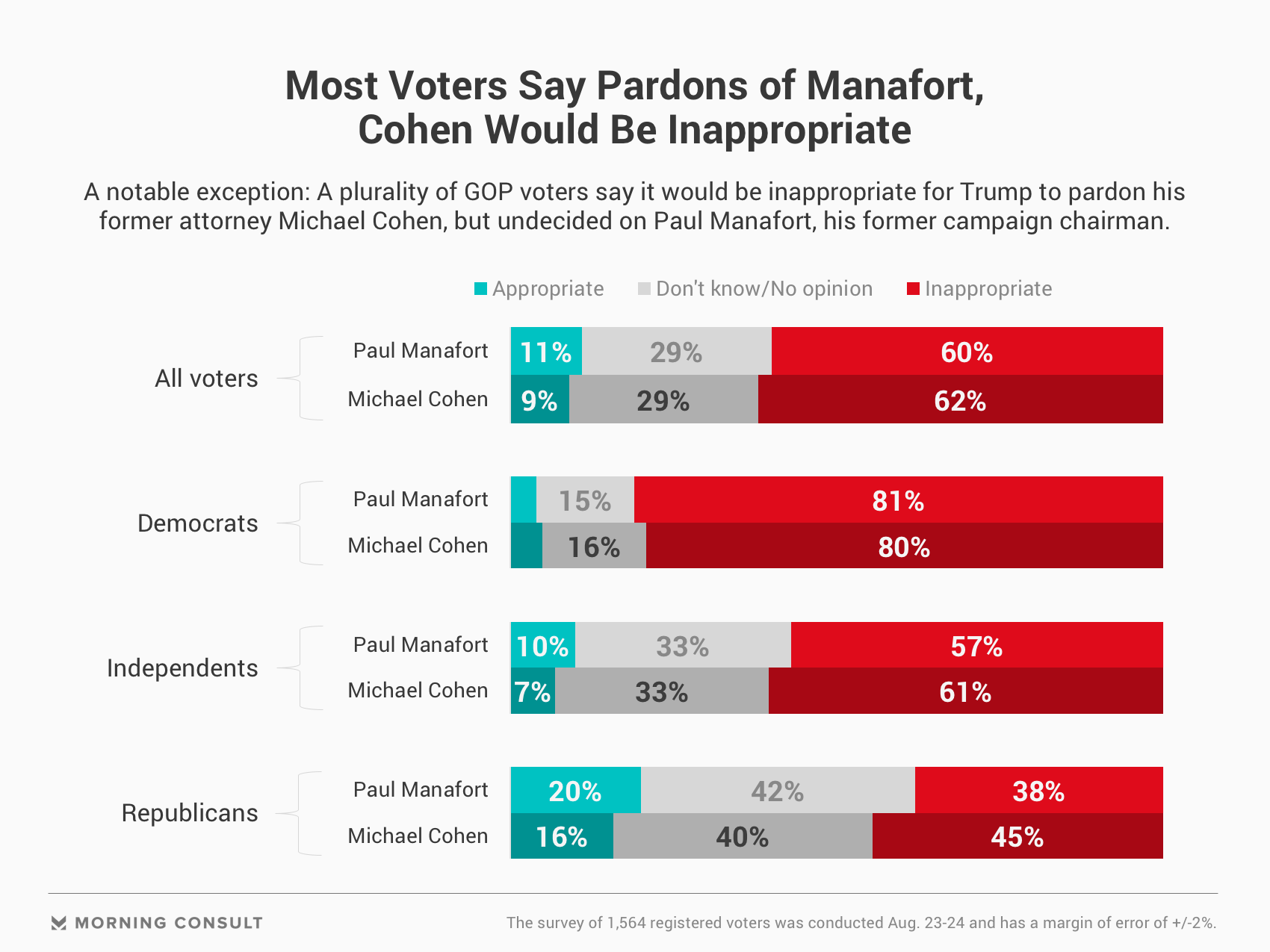 When asked regarding Manafort, for whom Trump has expressed sympathy, a 42 percent plurality of Republicans said they did not know or had no opinion on whether it would be appropriate for Trump to issue a pardon. But when it came to Cohen, a 45 percent plurality said pardoning him would be inappropriate. The poll has a margin of error of plus or minus 2 percentage points.

Trump lawyer and former New York City Mayor Rudy Giuliani told The Washington Post that the president recently sought his lawyers’ advice on the possibility of pardoning Manafort and other aides accused of crimes. But Giuliani said Trump was advised against pardoning anyone in the Russia probe until special counsel Robert Mueller’s investigation has finished, citing concerns that it could be viewed as obstruction of justice.

On Twitter Wednesday morning, the president made his views about Manafort’s and Cohen’s respective loyalties clear, saying, “I feel very badly for Paul Manafort,” who, unlike Cohen, “refused to ‘break’ – make up stories in order to get a ‘deal.’”

Cohen’s admission of guilt – which states that Trump directed him during the 2016 presidential campaign to arrange payments to women to keep them from speaking publicly about alleged affairs – implicates Trump directly, bringing the hypothetical and unsettled legal question of whether a sitting president can be indicted to the forefront. Sixty-six percent of voters said it should be legally permissible for a sitting president to be formally charged with a crime – including nearly half (48 percent) of Republicans.

Even if they can’t indict a president, prosecutors can report their findings to Congress, to whom the Constitution has given the power to impeach and remove the president from office. The Cohen news added fuel to the fire on the activist left about beginning presidential impeachment proceedings, a move that was blocked with the help of nearly two in three House Democrats when Rep. Al Green (D-Texas) attempted to force a vote on it in January. 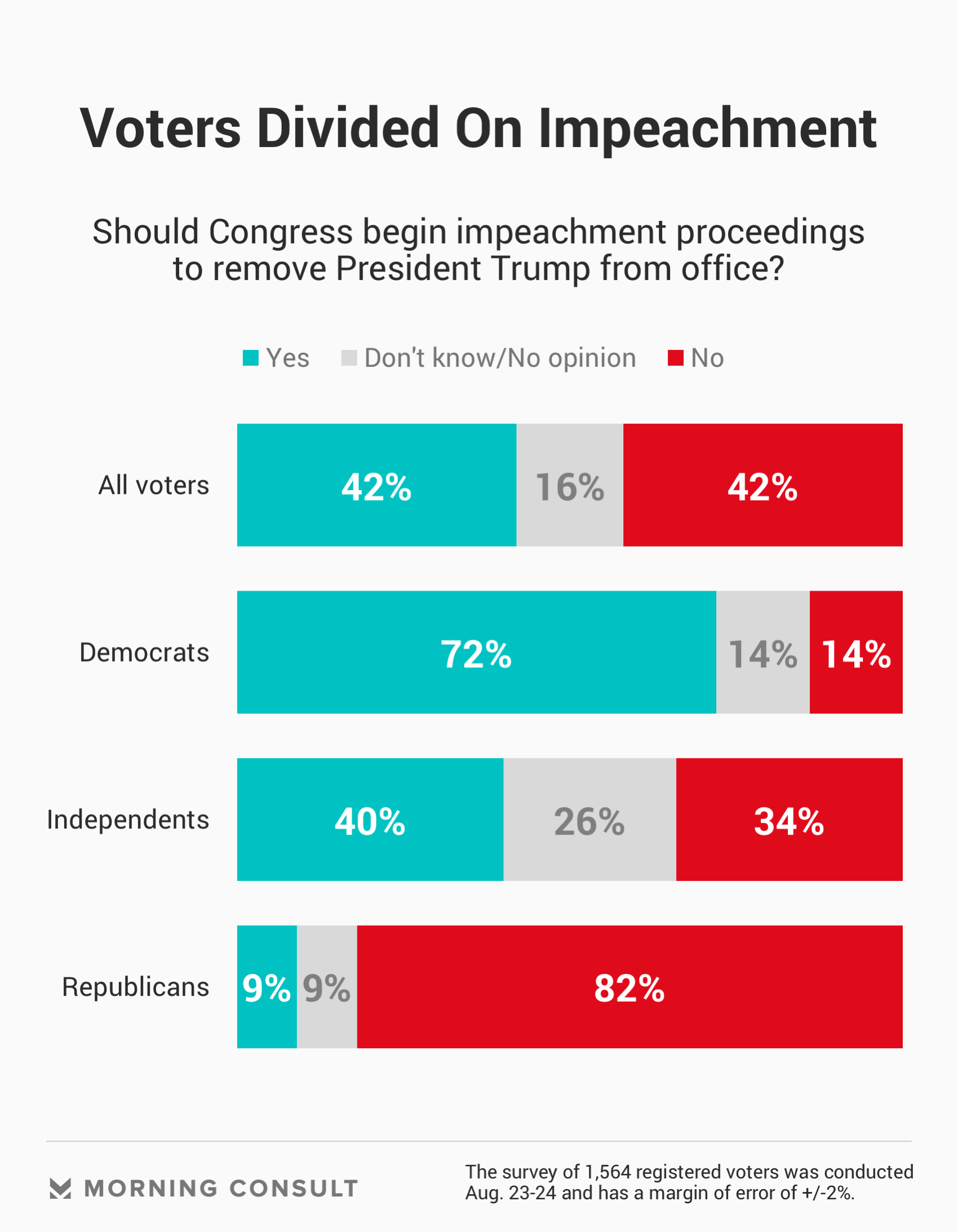 While Democratic leaders in Washington have tried to tamp down talk of impeachment, it has emerged sporadically on the campaign trail – sometimes by Republicans as a way to motivate their own base, which still supports the president. Most voters (63 percent) think Congress will begin impeachment proceedings against Trump if Democrats take the House next year – including 72 percent of Democrats and 56 percent of Republican voters.

Democratic leaders have turned to a different message ahead of the midterms: When Cohen pleaded guilty and Manafort was convicted, House Democratic Leader Nancy Pelosi (D-Calif.) issued a statement attacking the “unprecedented culture of corruption, cronyism and incompetence” in Washington, using the criminality of the two Trump associates to make a broader point about the current political era.

Related: Republican Voters Split on Whether Trump Can – or Should – Pardon Himself
Congressional Politics Criminal Justice Donald Trump Impeachment