Among Hispanics and African-Americans, approval drops and opposition grows 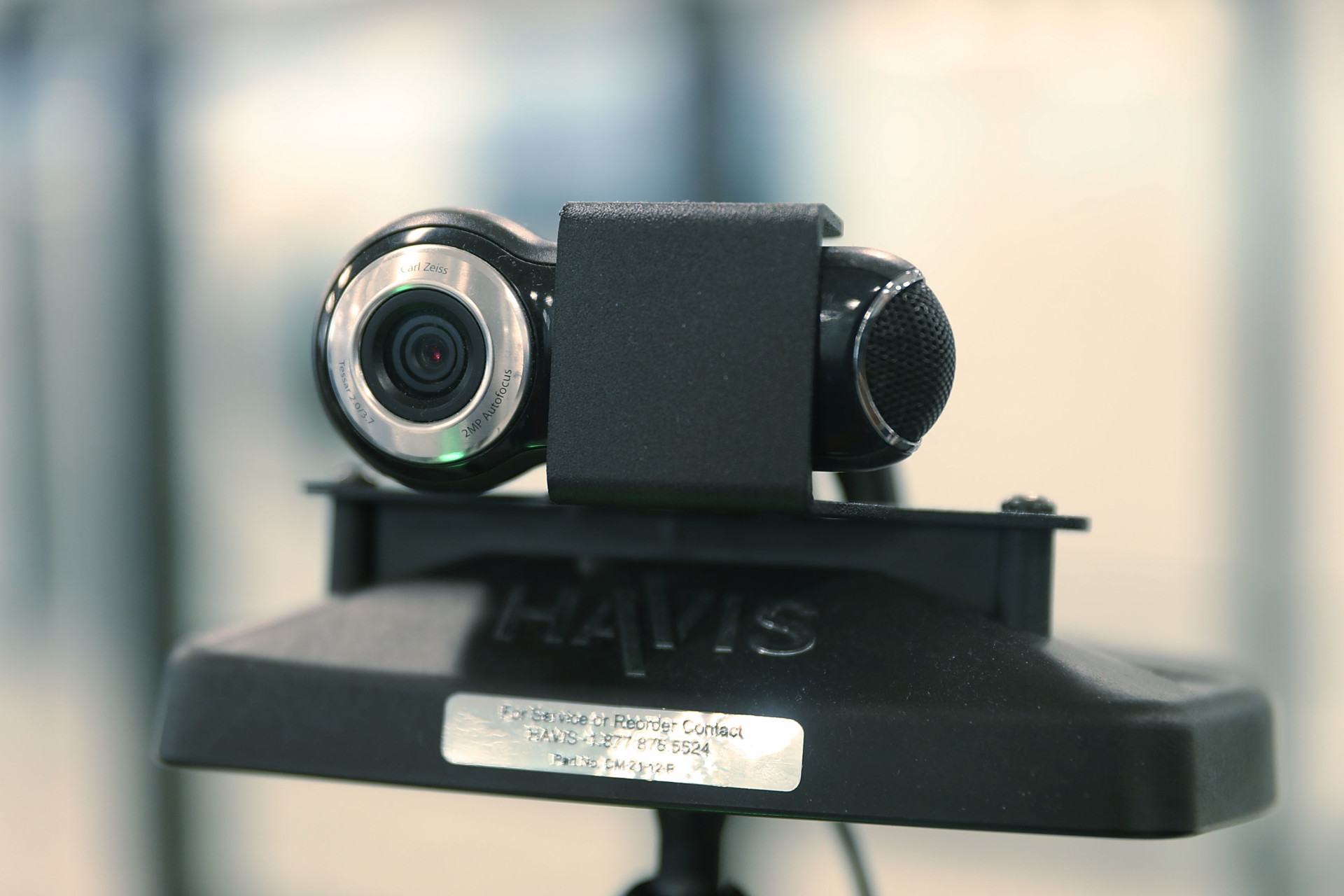 The camera is seen on a facial recognition device as U.S. Customs and Border Protection officers use it Miami International Airport to screen travelers entering the United States on February 27, 2018 in Miami, Fla. (Photo by Joe Raedle/Getty Images)
By Sam Sabin

Almost two-thirds of U.S. adults support law enforcement agencies’ use of controversial facial recognition software, yet roughly half aren’t comfortable with the idea of either federal or state governments having access to photographs of them, according to a new Morning Consult survey.

The poll, conducted Aug. 24-26 among 2,201 adults, comes more than a month after an American Civil Liberties Union test of Amazon.com Inc.’s Rekognition, a facial recognition tool being used by law enforcement agencies in Oregon and Florida, incorrectly matched 28 lawmakers, many of whom are racial minorities, to people who have been arrested for a crime. (Amazon said the ACLU set the technology’s confidence threshold at 80 percent, rather than Amazon’s recommended 95 percent confidence level for law enforcement agencies, according to the New York Times.)

Forty-seven percent of all adults support the use of facial recognition software generally, while 23 percent oppose using the tool. While African-American opposition is relatively similar at 24 percent, opposition among Hispanics, at 33 percent, is 10 percentage points higher than that of all adults. The poll has a margin of error of 2 points. 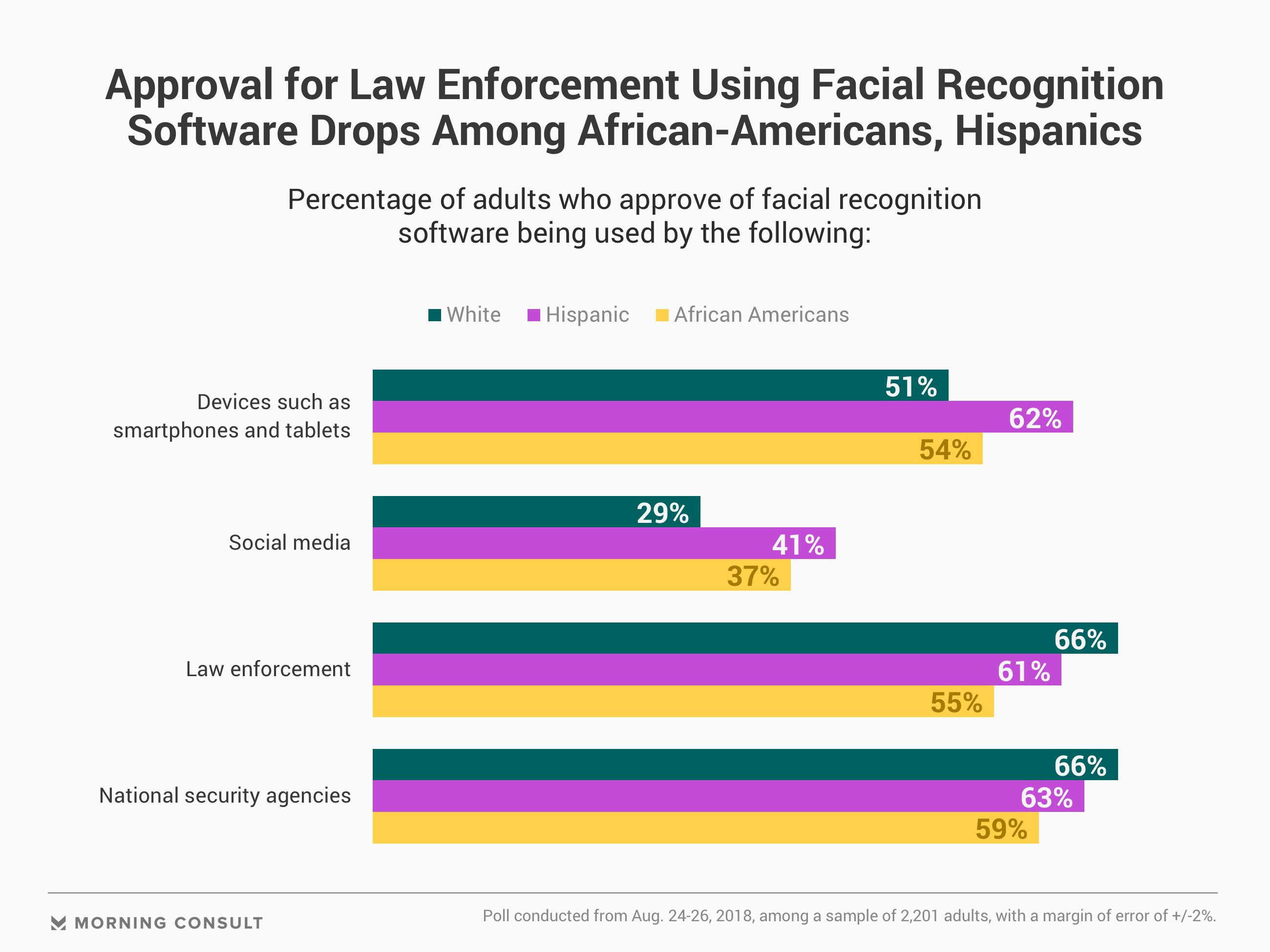 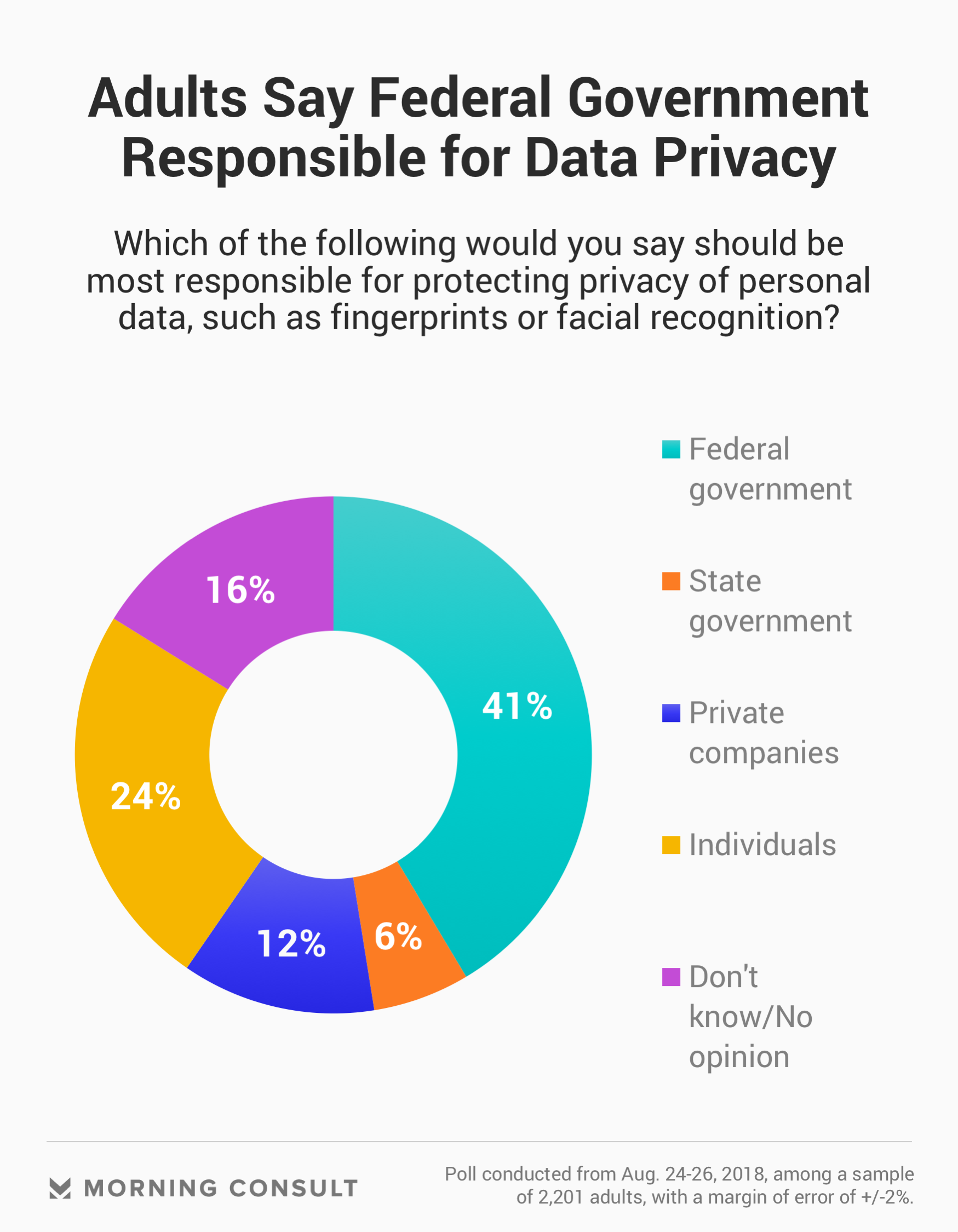 Nearly 40 percent of the members of Congress who were identified in the ACLU’s test are people of color, according to the ACLU report, highlighting the growing worries among privacy experts and civil rights groups regarding the use of the technology. Sen. Edward J. Markey (D-Mass.) and Reps. Luis Gutierrez (D-Ill.) and Mark DeSaulnier (D-Calif.) signed a letter to Amazon Chief Executive Jeff Bezos on July 26, the same day the ACLU report was published, to seek more information about its use and to express concerns about the “dangers facial recognition can pose to privacy and civil rights” and “its disproportionate impact on communities of color.” All three lawmakers were among those misidentified in the test.

While most adults in the Morning Consult poll support law enforcement’s use of the technology, a majority (52 percent) are uncomfortable with the idea of having their photos on file with the federal or state government.