Industry, environmentalists disagree on the emissions impact of the proposal 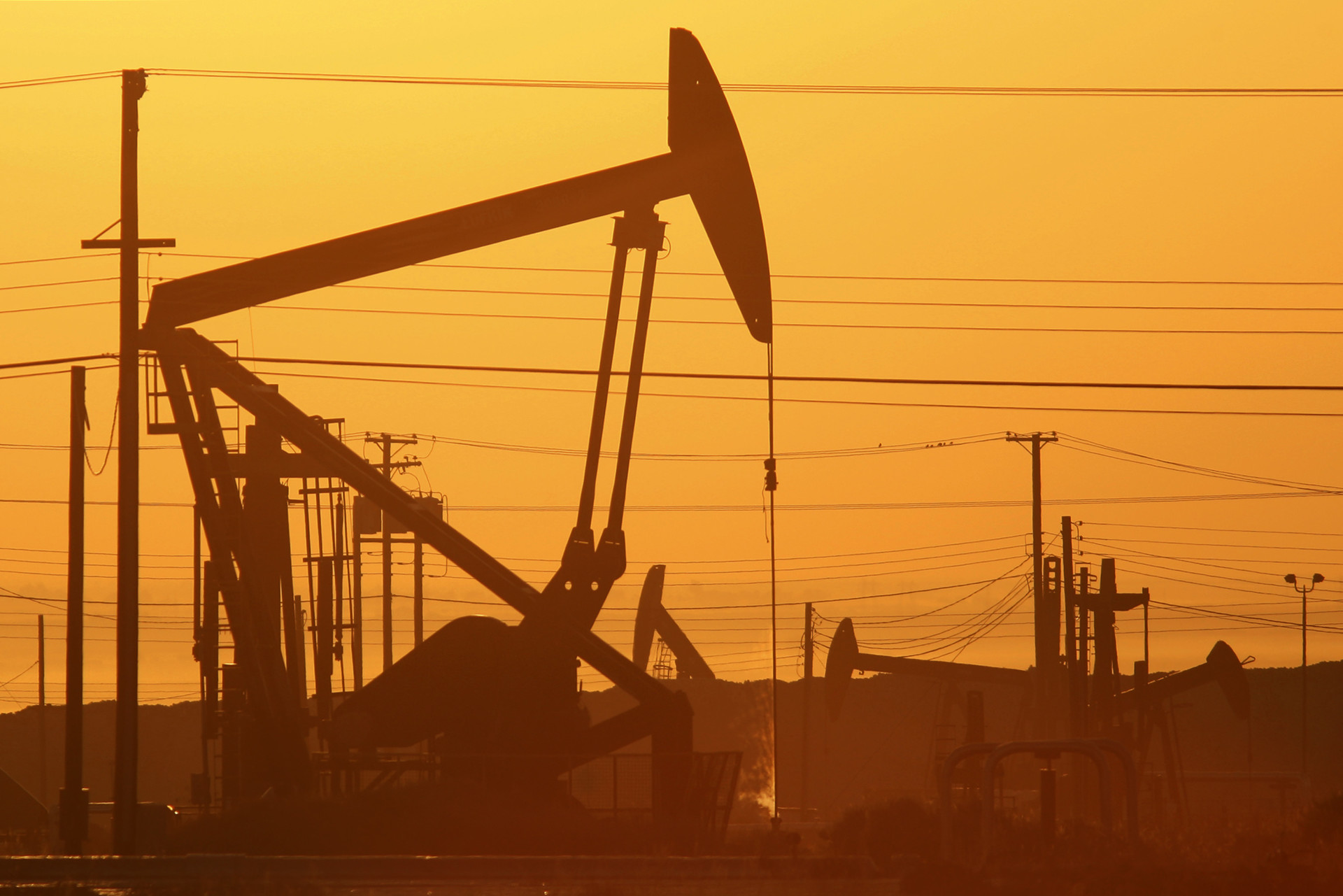 Pump jacks in an oil field over the Monterey Shale formation near Lost Hills, Calif. (Photo by David McNew/Getty Images)
By Jacqueline Toth

A 43 percent plurality of voters oppose the Environmental Protection Agency’s proposal to make targeted changes to an Obama-era regulation that addresses methane releases from certain oil and gas operations, while about two in three Republicans back the EPA’s proposal, according to the latest Morning Consult/Politico poll.

The survey, conducted Sept. 13-16 among a national sample of 1,564 registered voters, found that 43 percent of voters somewhat or strongly oppose the proposal. The poll has a margin of error of 2 percentage points.

In the survey, Republicans were also more likely to say that the EPA is doing enough to address climate change. Forty-eight percent of Republican voters said the agency is doing enough, compared to 13 percent of Democrats and 21 percent of independents. One in four voters overall were unsure. 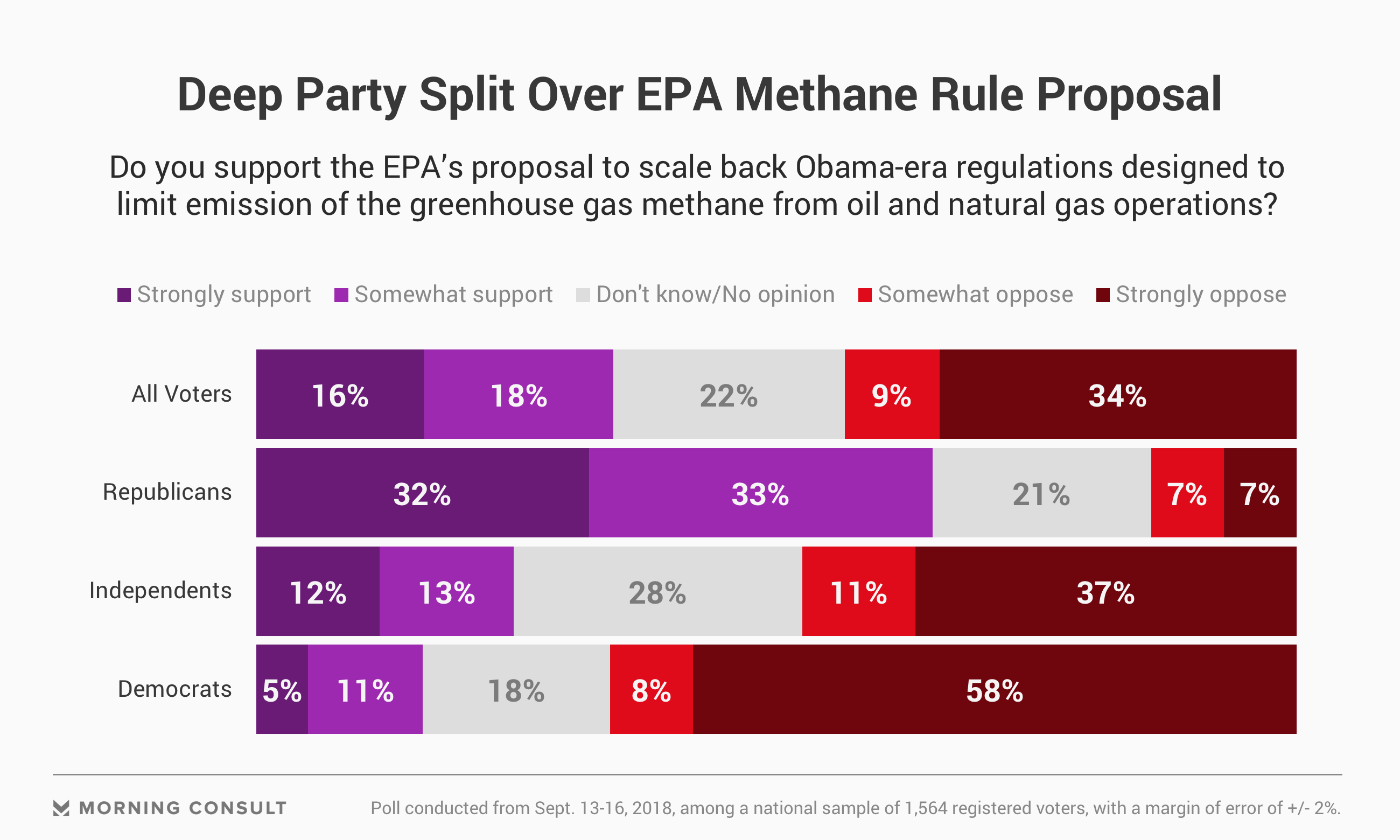 The EPA’s proposal would modify the 2016 New Source Performance Standards, which set monitoring and repair requirements for emissions like methane and volatile organic compounds from oil and gas production, processing and other activities. The rule was one of several that President Donald Trump had directed the EPA to review under a wide-ranging executive order on energy issued in March 2017, and the agency’s proposed changes derive from petitions from oil and gas trade groups requesting reconsideration of certain parts of the standards.

Republicans and Democrats shared more common ground in 2015 over what was then the proposed regulation for the 2016 rule.

An Aug. 28-30, 2015, poll of 2,015 registered voters with a 2-point margin of error showed that 44 percent of voters said they were more likely to back natural gas use knowing that the regulation would require gas producers to capture methane and make repairs to leaks of the gas. Fifty percent of Democrats and 43 percent of Republicans registered more support for gas in the poll with that information presented. 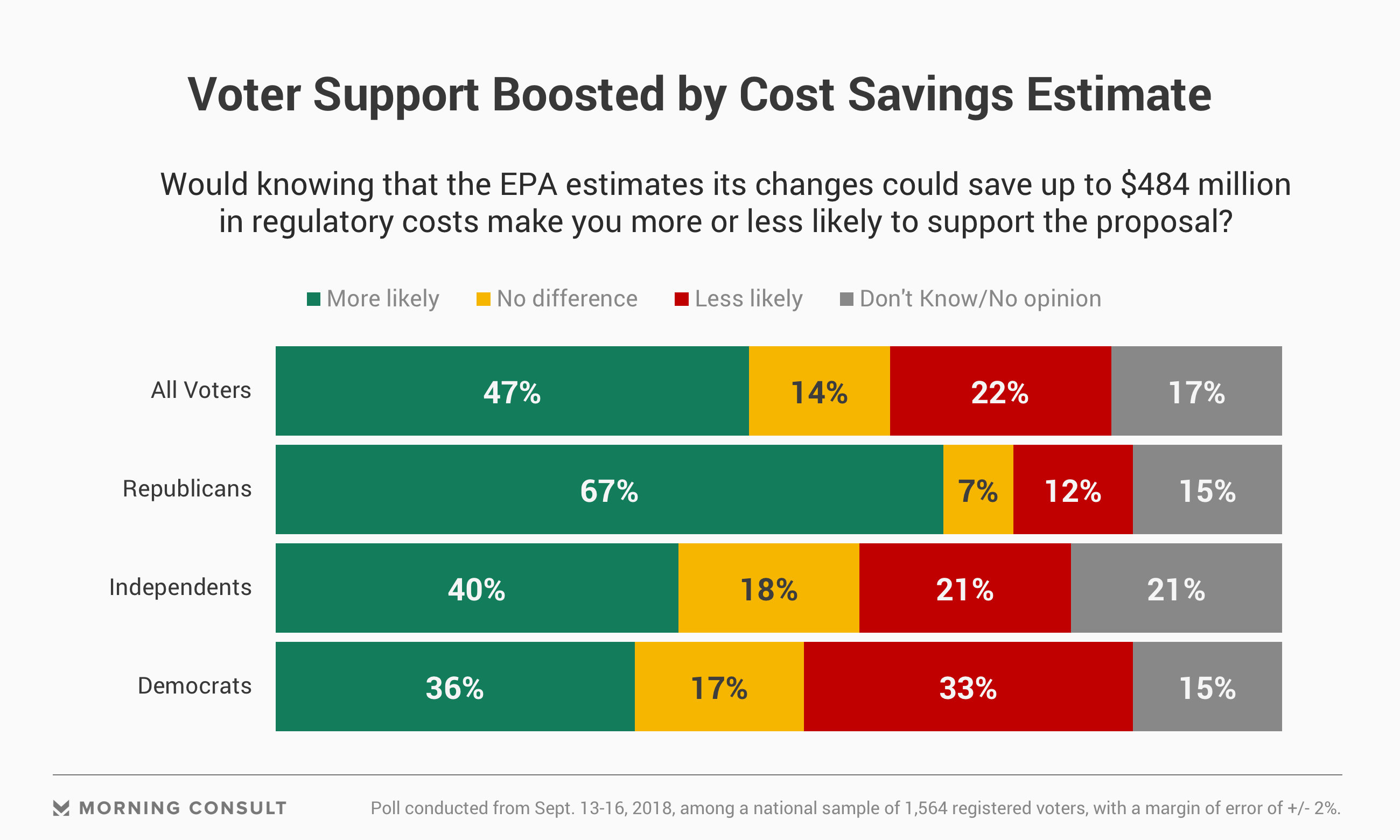 Erik Milito, director of upstream and industry operations for the American Petroleum Institute trade group, said by phone Tuesday that it is incorrect to characterize the new proposal as a significant regulatory rollback.

“The regulations are largely intact, and EPA has made technical corrections that may result in a negligible increase in emissions but likely will not,” said Milito.

The agency’s proposal estimates that one scenario, requiring semi-annual monitoring of emissions at compressor stations, could result in 380,000 additional short tons of methane emissions from 2019-25, along with 100,000 more short tons of volatile organic compounds over that period.

But Matt Watson, associate vice president for the energy program at the Environmental Defense Fund, in a phone call Tuesday characterized the emissions increase as significant.

“These changes in and of themselves are quite damaging,” he said, and when paired with a second regulatory action on the 2016 rule that the EPA has indicated it will take in addition to the current proposal, “it would effectively amount to a near wholesale elimination of methane regulation at the federal level.”

Meanwhile, 47 percent of voters said they were more likely to support the proposed rule knowing that the EPA says the updates could cut regulatory costs by up to $484 million.

The EPA did not respond to a request for comment.