Hollywood Should (Mostly) Stay Out of Politics

Entertainers should stick to the red carpet and stray from cheering on candidates on the campaign trail if they want to avoid antagonizing a significant chunk of their fans, according to the first Hollywood Reporter/Morning Consult poll.

But the public is open to celebrity commentary on more cultural issues, and one-quarter of adults said stars’ opinions would impact their vote in the 2018 midterm elections. 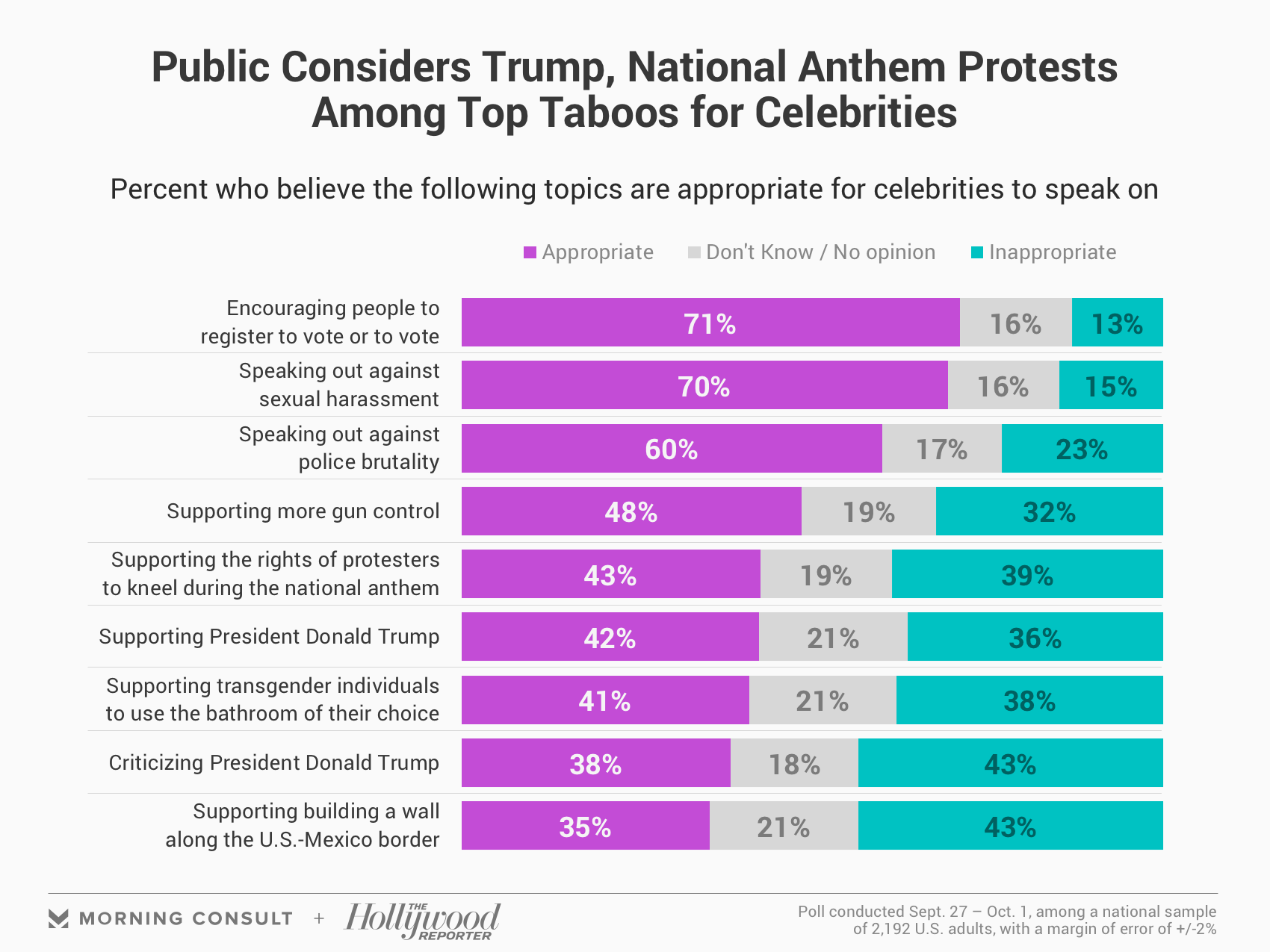 Specifically, 38 percent and 39 percent of U.S. adults respectively would be turned off by celebrities opining on protests during the national anthem and transgender bathroom policies, versus 41 percent and 43 percent who said the topics were appropriate.

According to Morning Consult’s “CSR and Political Activism in the Trump Era” report, supporting those who kneel during the national anthem is one of the most controversial topics a brand can take: One-third of adults in a survey said they would have a more favorable view of a company with that stance, while 38 percent said their views of the firm would dim.

Among the safest topics for celebrities are encouraging people to vote and speaking out against sexual harassment.

In general, celebrities would do well to keep their comments more general, rather than advocating for specific policies or movements. 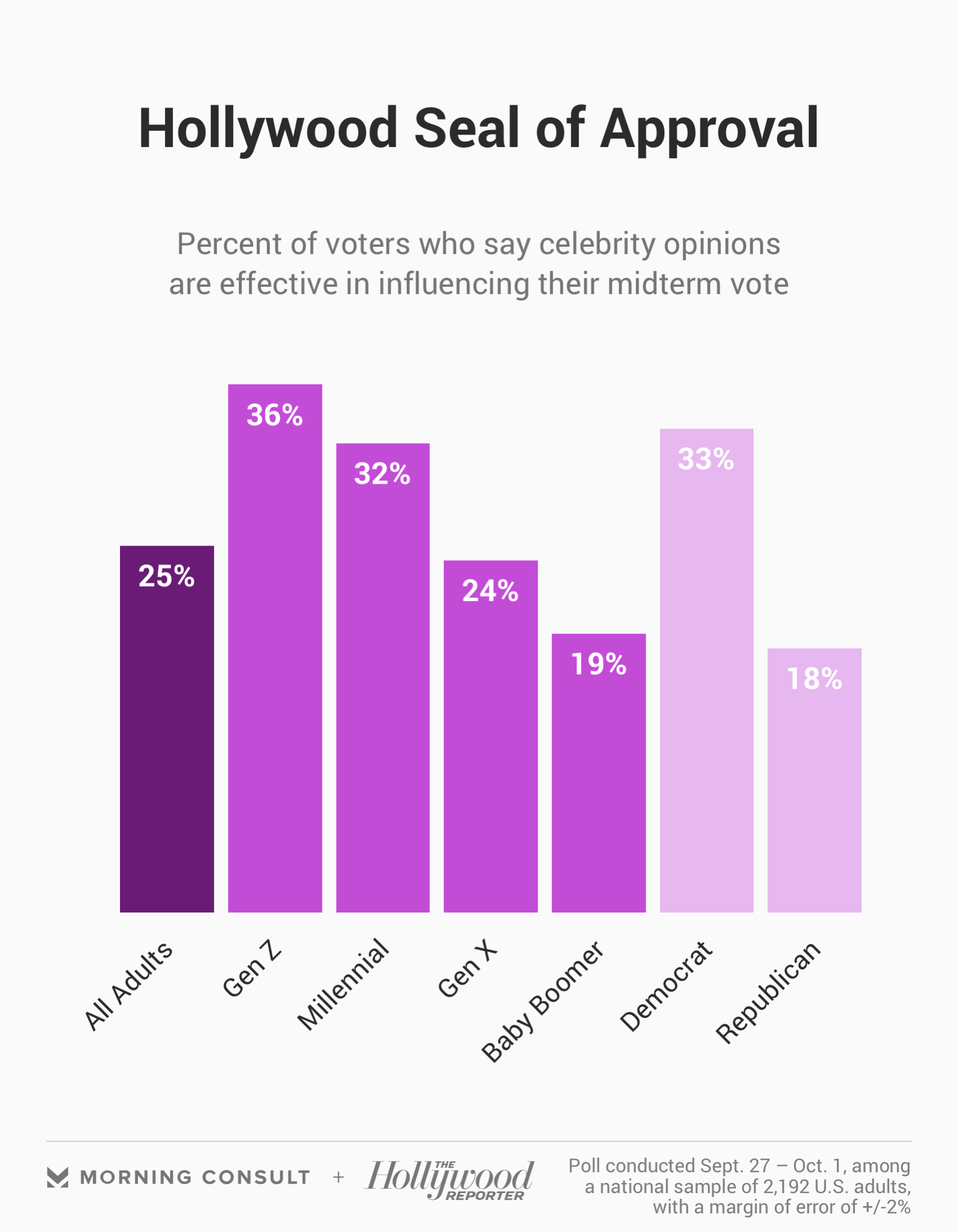 With midterm elections less than a month away, stars’ advocacy on hot-button issues could shape outcomes at the ballot box, with some celebrities weighing in on high-profile races.

Actress and comedian Amy Schumer, for example, has been an advocate for stricter gun control, while actress Alyssa Milano has been an important voice within the #MeToo movement. And Texas Senate candidate Rep. Beto O’Rourke (D) has earned praise from celebrities such as athlete LeBron James for his stance on kneeling during the national anthem.

A quarter of adults, including 36 percent of Gen Z adults and 33 percent of Democrats, said celebrity opinions on political and social issues are effective in influencing their midterm vote. Republicans may be less likely to say they’re influenced because of Hollywood’s perception as a liberal bubble.