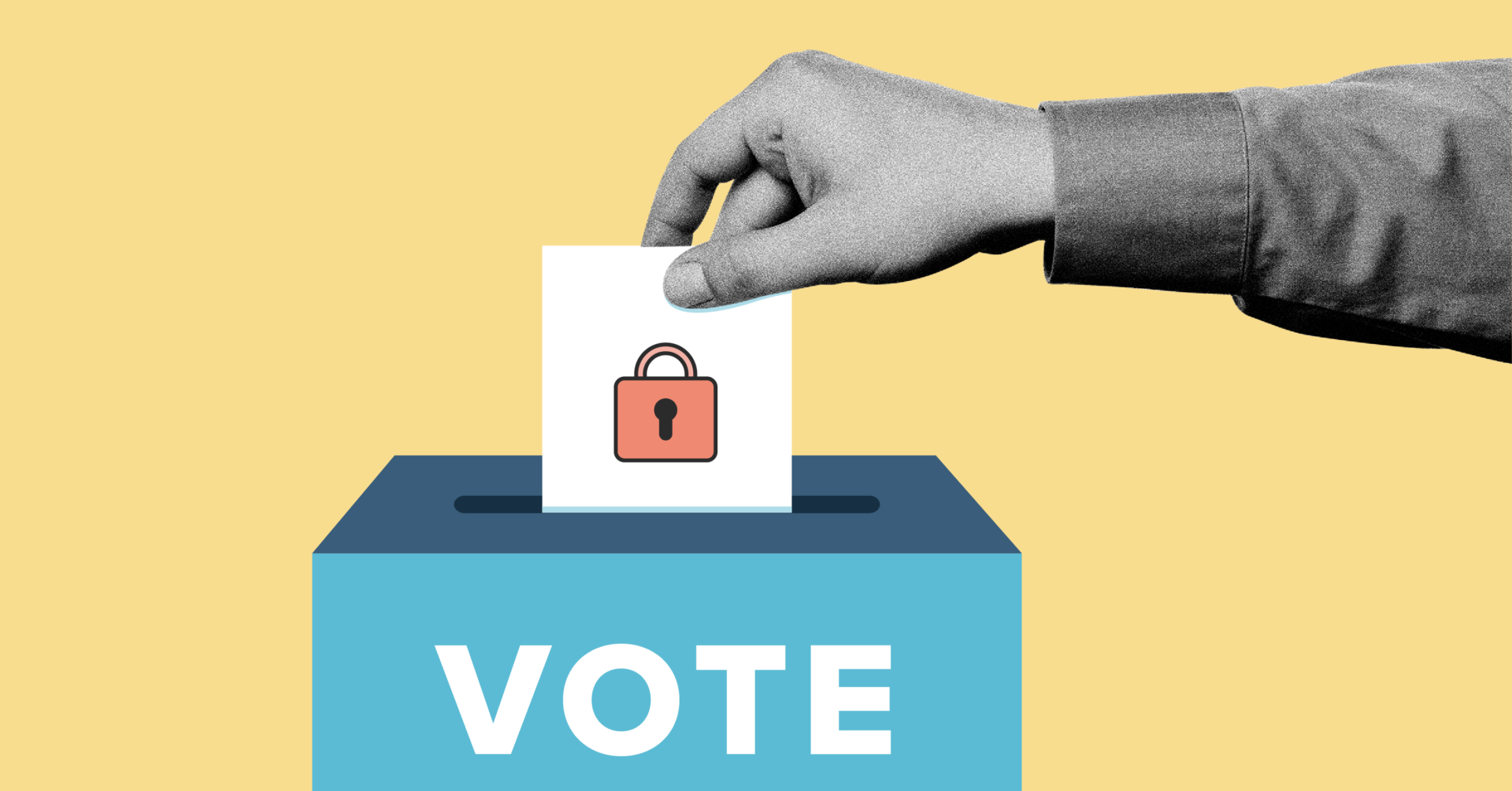 The issue of border security has appeared prominently in Republican campaign commercials across the country as the GOP fights to keep control of the House and Senate in November’s midterm elections, and has been a mainstay of President Donald Trump’s endorsement tweets.

Republicans using the approach could be motivating voters who prioritize security issues — roughly a fifth of the electorate, making it the most important issue for voters after the economy, according to a Morning Consult poll conducted this summer.

These voters — who skew older and whiter than the electorate as a whole — are more likely to be Republican, and to prioritize border security above terrorism and foreign policy. They’re also some of the most motivated voters in the poll, with 68 percent saying they are “very motivated” to vote in November, higher than the share of health care or economy voters who said the same.

Security voters are also more likely to be Republican women than Republican men – 30 percent to 25 percent among the 2,710 such voters in the survey. Experts say women voters are an important group for Republicans in the midterms — particularly for those defending seats in suburban parts of the country and smaller cities where educated women are a targeted demographic. 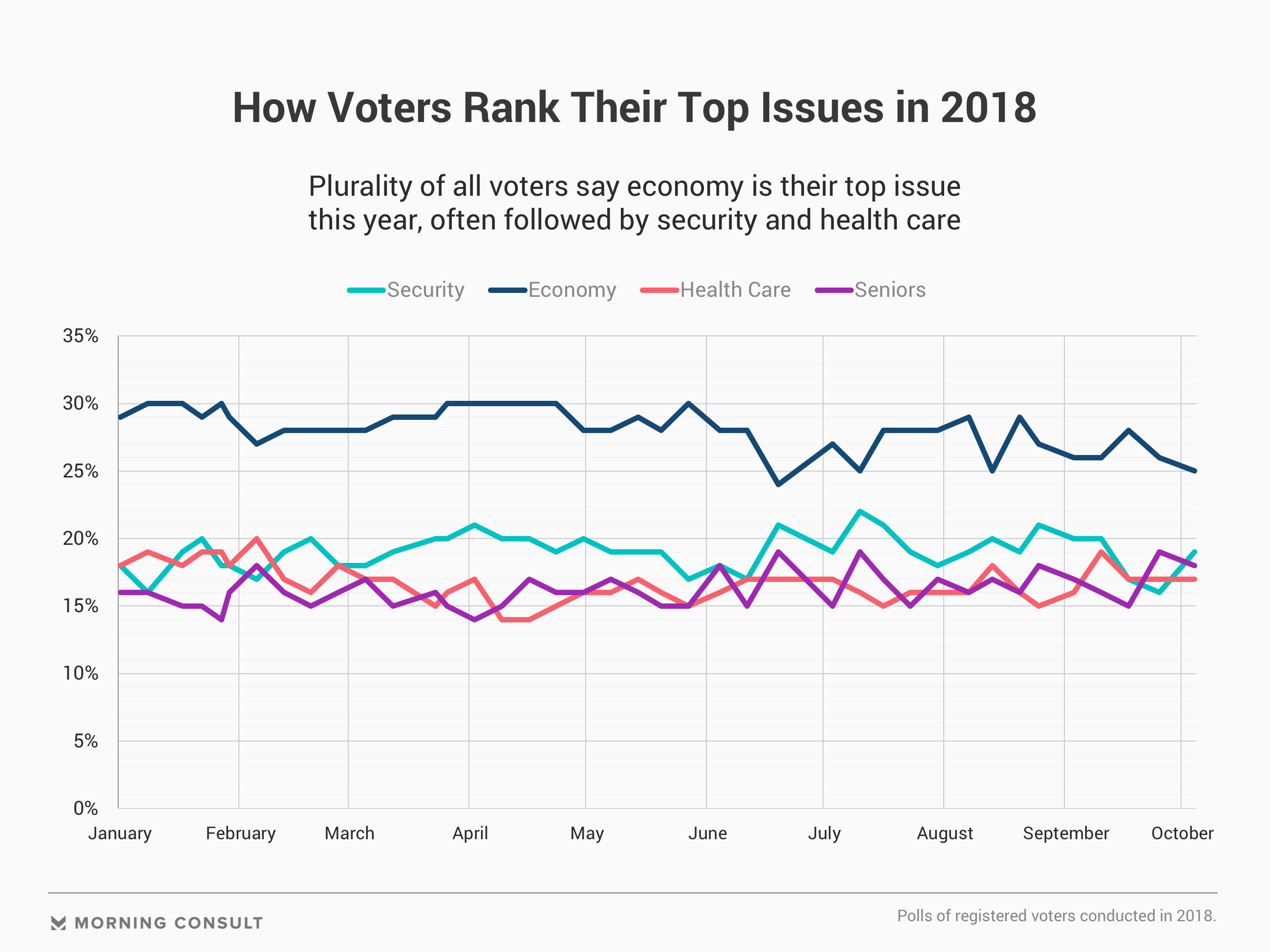 Doug Heye, a former spokesman for the Republican National Committee who later served as a top aide to former House Majority Leader Eric Cantor (R-Va.), said for Republicans, this election is about energizing the party’s base — which security does.

“The one thing that they’re doing is trying to motivate their voters to show up, rather than persuading undecided voters,” he said in an interview.

For example, in the close race for Ohio’s 1st District, which includes Cincinnati and its exurbs, the Republican leadership-aligned Congressional Leadership Fund has an ad that draws on such themes to criticize Democratic candidate Aftab Pureval, which may appeal to suburban women in particular.

“Nothing is more important than my kids’ safety; Aftab Pureval is a risk our families can’t take,” a woman in the ad says, accusing Pureval of backing “open borders and amnesty.” The group is defending Rep. Steve Chabot (R) in a district he won by 18 points in 2016; now the race is seen as a toss-up.

Alex Lundrigan, a spokesman for Pureval’s campaign, said in an email the ad was “a blatant attempt to appeal to people’s fear” and that the candidate “has never expressed support for open borders.”

Ian Russell, a Democratic strategist and former Democratic Congressional Campaign Committee official, said the Republican ads are an effort to take “an electric cattle prod to their voters to get them to the polls.” 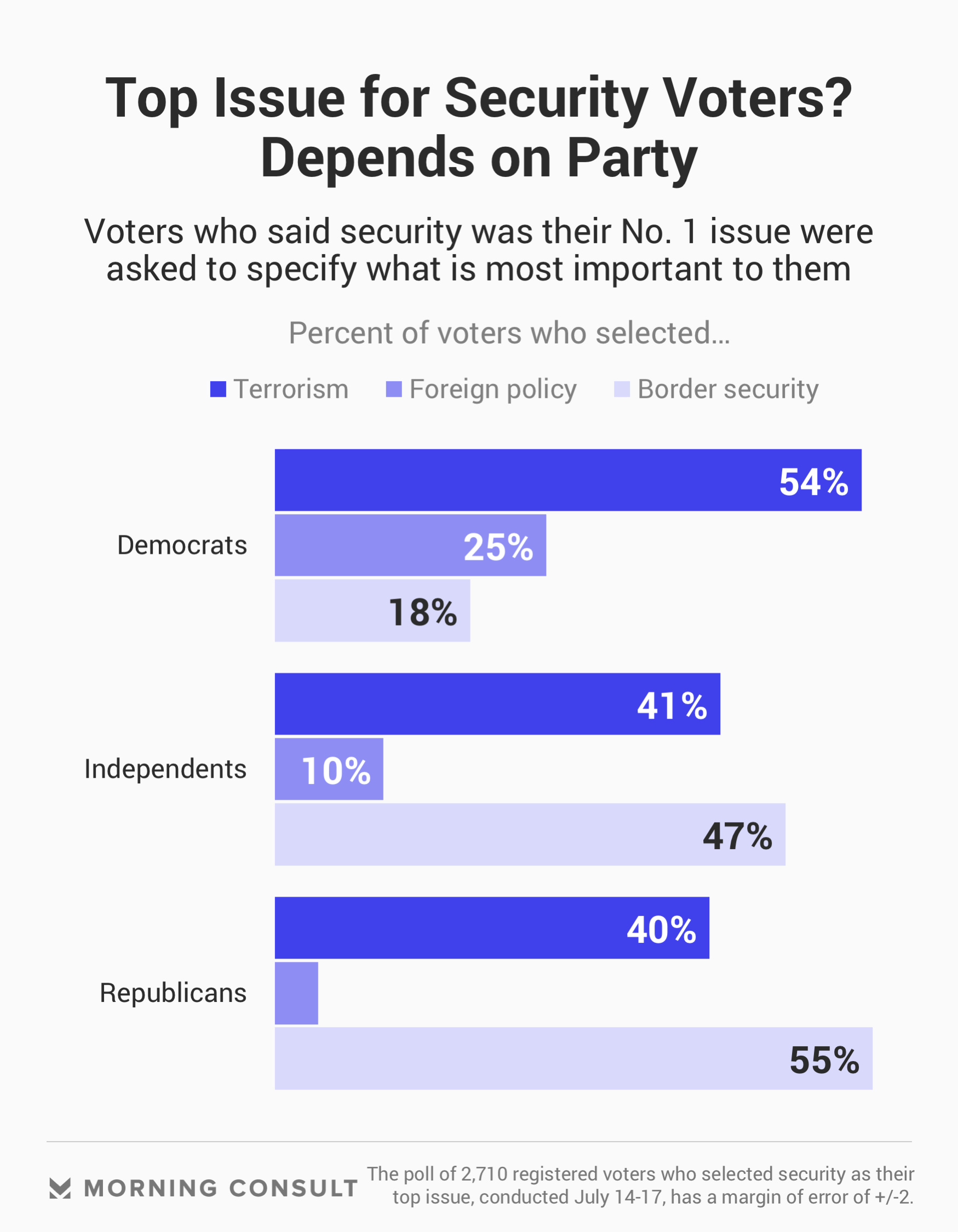 When asked which particular security issue voters care about, 45 percent picked border security, while 44 percent opted for terrorism, according to the poll, conducted July 14-17. Another 10 percent selected foreign policy. The poll’s margin of error for security voters was 2 percentage points.

But Republican security voters were much more likely to focus on border security than terrorism, 55 percent to 40 percent, while 54 percent of Democrats in the group selected terrorism as their top issue, showing how immigration in particular can motivate the Republican base.

On the other hand, while a number of Democratic candidates have touted their military experience, terrorism has generally not been a key campaign issue for the candidates — who have largely opted to focus on health care or the economy.

“This is not 2002 and 2004,” Russell said. “Thankfully, because of the fact that we haven’t had a large terrorist attack in the U.S. in a while, domestic issues have driven foreign policy off of the front page.”

The issue of terrorism has come up in Virginia’s 7th District, where Rep. David Brat (R) is facing a tougher-than-expected re-election fight. Brat won by 15 points in 2016, but RealClearPolitics’ compilation of polls shows a much closer race this year. The CLF has sponsored ads attacking Brat’s opponent, Democrat Abigail Spanberger, for teaching “at an Islamic School nicknamed ‘Terror High.’” Spanberger responded with an ad saying that she took on “terrorists and drug dealers” during her time in federal law enforcement and intelligence.

Terrorism as a topic has also popped up in ads attacking Democrat Tom Malinowski in New Jersey’s 7th District — but border security has played a much more prominent role in this campaign cycle than terrorism.

A report last month from CNN, citing Kantar Media/CMAG data, found the CLF spent $2.6 million on campaign ads about immigration through mid-September — nearly half of the $5.5 million it spent talking about tax reform. Ads about terrorism made up $1 million of the group’s spending, according to the report, out of a total of almost $26 million spent on TV ads by mid-September.

According to the Morning Consult survey, the issues that would make security voters the most likely to oppose a candidate are support for more immigrants and abolishing Immigration and Customs Enforcement. Seventy-one percent of security voters said they’d be less likely to support a candidate backing those policies — numbers largely driven by Republicans and independents.

Courtney Alexander, a spokeswoman for the CLF, said this was reflected in the group’s own polling.

“Abolishing ICE is regarded by the majority of both Democrats and Republicans as a security issue, not an immigration issue, particularly for suburban women,” she said.

Allies of Rep. Kevin Yoder (R) are trying to capitalize on that sentiment in his race for re-election in Kansas’ 3rd District, a suburban swath of eastern Kansas where the CLF has run an ad calling Democratic candidate Sharice Davids “liberal on illegal immigration” and saying she wants to abolish ICE. Davids responded with a spot of her own that denied the attack and noted her support for “strong borders.”

Democratic strategists involved in the 2018 elections, including Russell, said most Democrats running in competitive House seats would do well to emphasize traits such as law enforcement credentials or veteran status to inoculate them from attacks of being soft on terrorism or wanting to abolish ICE.

Jeffrey Prescott, executive director at National Security Action, an organization set up by former Obama administration officials such as himself that has advocated against Trump’s foreign policies, said he wouldn’t advise all Democratic candidates to lead on security, but said they should look for ways to align their rivals with Trump’s policies.

“Candidates shouldn’t be afraid to engage on these issues when they do come up,” he said, speaking of Democrats.