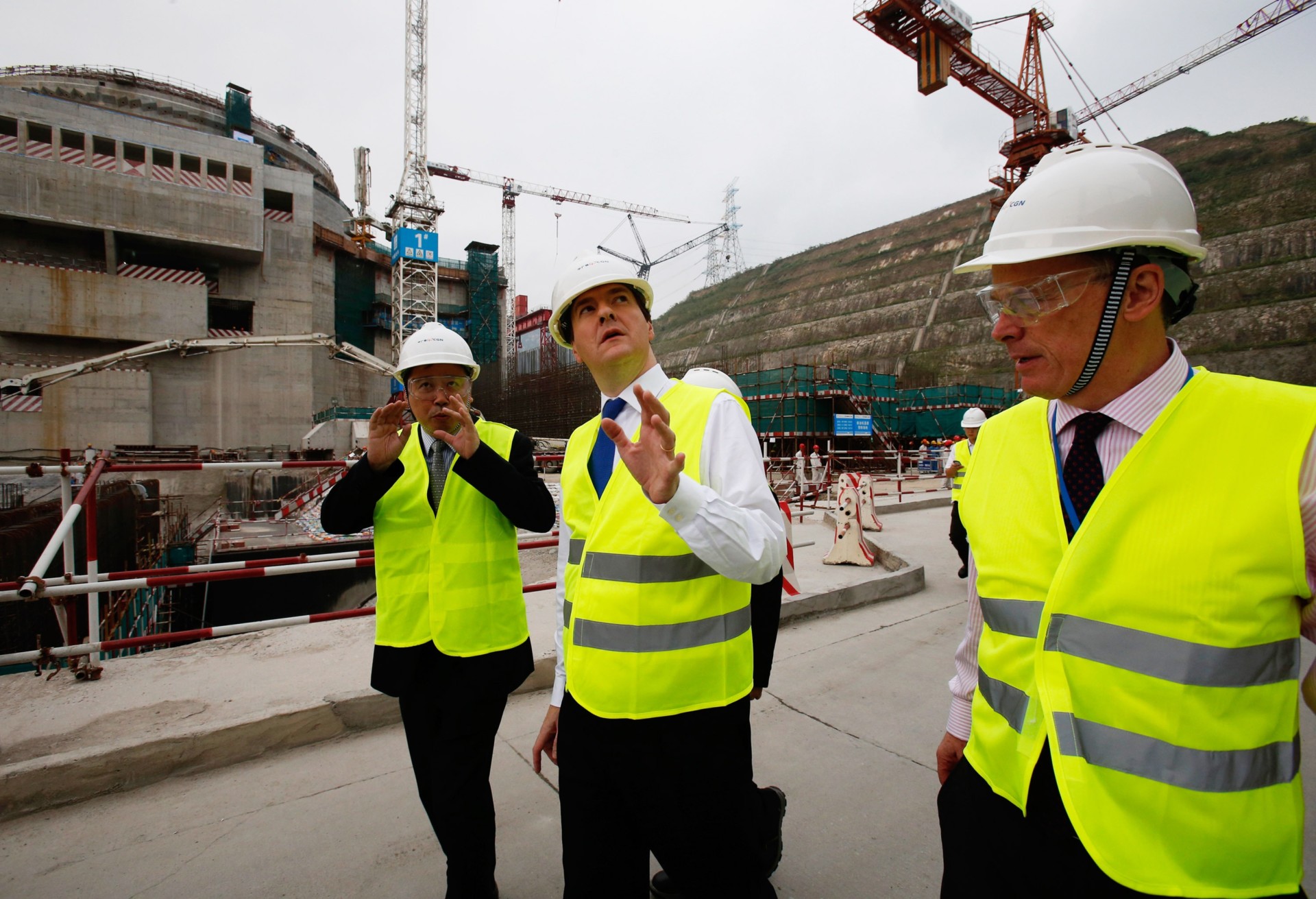 Nuclear industry watchers are saying that the Trump administration’s placement of new export restrictions on nuclear technology to China is a generally welcome step to protect domestic intellectual property and is not expected to substantially impact domestic developers of small modular reactors and micro-reactors — not all of whom are considering selling to China in the near term.

Some of them, however, want to see further action that would make it easier — not harder — to export nuclear concepts abroad.

The Energy Department announced Oct. 11 that it would immediately implement restrictions on the export of certain U.S. civilian nuclear technology and resources to China. The changes were prompted by a security review among multiple federal agencies led by the National Security Council that determined that China sought to employ the technology for military and unauthorized uses.

The revised policy establishes a presumption of denial for new technology transfers to China after Jan. 1, 2018 and for any transfers to the state-owned China General Nuclear Power Corp. or its related entities. The policy presumes federal approval for existing authorizations of technology transferred before Jan. 1 but lays out a presumption of denial for technology exports related to light water SMRs and non-light water advanced reactors. Any assistance or technical data needed to develop, produce or use a nuclear facility or equipment for certain nuclear activities falls under the technology category.

The new export policy guidance does not change the Nuclear Regulatory Commission’s regulations pertaining to the export and import of nuclear equipment and material, NRC spokesman Scott Burnell confirmed in an email Monday.

“The NRC will follow the policy revision during case-by-case review of requests for cooperation with Chinese entities regarding continued development of U.S. SMRs and/or micro-reactor designs,” he said.

The Nuclear Energy Institute trade group said it is gathering input from its members on the new policy before it will comment. Westinghouse Electric Co., one of whose AP1000 advanced nuclear reactors recently came online in China, referred questions about the new policy’s impact on its business to the Energy Department.

But several SMR and micro-reactor developers, such as Greenbelt, Md.-based X-Energy LLC, which is working on reactor designs of 75-megawatts electric and about 3 MWe, said the new restrictions won’t affect them in the short term. X-Energy anticipates the policy changes will not impact its strategy “in the near-term in any way” given “the markets and directions” that the company is currently focusing on, according to X-Energy President Harlan Bowers.

Portland, Ore.-headquartered NuScale Energy Corp., which has received cost-sharing financial assistance from the Energy Department toward construction of its SMR design, was not made aware in advance of the new export restrictions to China, which it sees as a potential market for its reactors.

Tom Mundy, chief commercial officer of NuScale, said by phone Monday that the new DOE policy is “helpful” in some ways, as it “signals the U.S. government’s desire to protect our technology and engage in the discussions with Chinese entities that are interested in that technology.”

The new framework contains a presumption of approval for equipment and components for small pressurized water reactors — such as the ones manufactured by NuScale — with no technology transfer, Mundy said, noting that the company has no desire to transfer its technology.

He said the policy does not impact NuScale’s preparation of a reactor for its customer, Utah Associated Municipal Power Systems, which is the company’s “focus right now.”

Jacob DeWitte, co-founder and chief executive of reactor developer Oklo Inc. based in Sunnyvale, Calif., said by phone Monday that Oklo is focused on the U.S. market initially, but the company is curious how the action fits in with a discussion over whether and how to modernize U.S. nuclear export controls more broadly and remove “legacy barriers” to U.S. nuclear companies operating in a global market.

For U.S. nuclear companies, it is difficult “to engage with potential foreign clients just to deal with these export control rules that are in place,” he said.

At a macro level, the new restrictions are “a bit of a downer” for anyone interested in making nuclear reactors safer and more efficient, Robert Rosner, the founding co-director of the Energy Policy Institute at the University of Chicago, said by phone Monday.

“We are having problems in the United States finding the money and the will to actually build test reactors here of the advanced kind. The Chinese are very interested in doing it,” he said, though now American firms “simply can’t partner with the Chinese.”

But Rosner called it “a laudable goal” that the administration is trying to push China into judicial reforms to allow for IP protection.

Josh Freed, founder and vice president of the clean energy program at the think tank Third Way, said by phone Monday that the administration’s action is grounded in legitimate concerns, but “any policies that restrict U.S. companies’ engagement with China should also be paired with an increase in support for the domestic development of advanced nuclear technologies.” That support should facilitate construction of new reactors and a domestic market for the technology “that can then be leveraged to export to countries that are going to use them for peaceful civilian purposes,” he said.

A National Nuclear Security Administration official said in an email Monday that the peaceful nuclear cooperation pact, known as the 123 agreement, between the United States and China has not been terminated.