Secretary of Energy Rick Perry speaks at the Energy Policy Summit at the National Press Club in October 2017 in Washington, D.C. (Photo by Drew Angerer/Getty Images)
By Jacqueline Toth

The Trump administration has explored options to help prevent struggling coal and nuclear plants from closing, but a new Morning Consult/Politico poll shows registered voters are split over their support for such actions.

The Oct. 18-19 survey, conducted among 1,986 registered voters, found that poll respondents were almost evenly split over their support for (41 percent) and opposition to (40 percent) a potential administrative move to provide financial support for coal plants, with 19 percent unsure. Voter support for federal financial backing of nuclear plants is slightly stronger, with 46 percent of the electorate backing the notion, versus 33 percent opposed and 20 percent unsure. The survey’s margin of error is 2 percentage points. 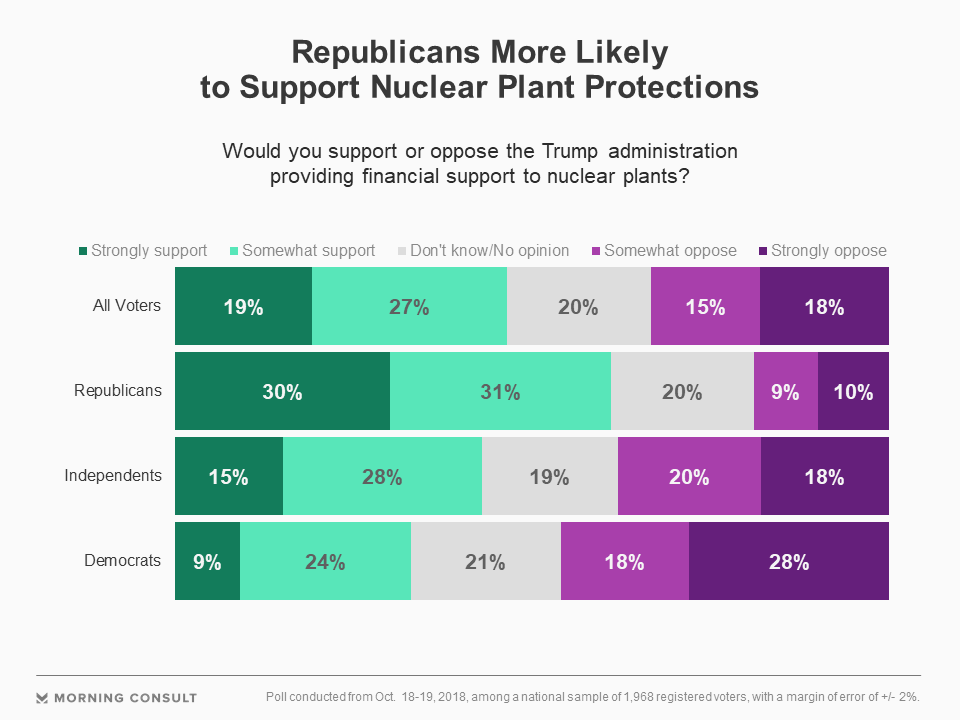 Politico reported on Oct. 15 that the administration had  paused consideration of any movement on such a plan to bolster “fuel-secure” generation, which administration officials have said could include other resources than coal and nuclear, such as hydropower.

But the policy discussion over whether the administration should provide support to fuel-secure resources has divided the energy community and raised concerns among some free market advocates that the administration is choosing winners and losers.

Electricity markets “have been very valuable to consumers, and any time you say one type of fuel plant is guaranteed to stay in business and its competitors don’t have that guarantee, that’s very damaging to the integrity of the market,” said Josiah Neeley, director of energy policy at the think tank R Street Institute, by phone Tuesday. 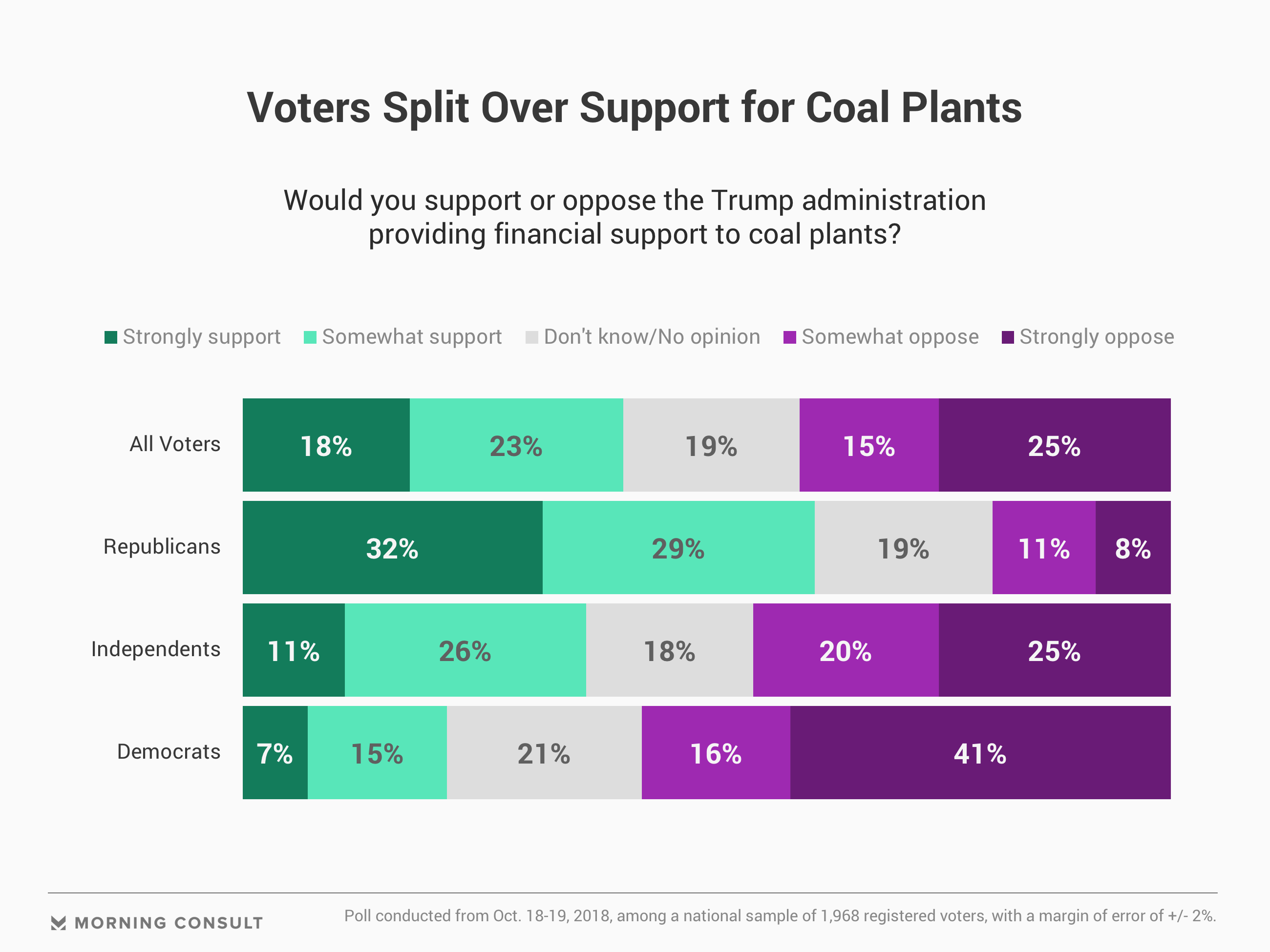 “I think there’s a recognition that nuclear plays an important role as the dominant baseload zero-emissions electricity source, whereas people are increasingly aware that coal is extremely dirty, not only in terms of its CO2 emissions but its criteria pollutants,” Paul Bledsoe, strategic adviser at the Progressive Policy Institute think tank, said by phone Tuesday.

Bledsoe, who served as director of communications of the White House Climate Change Task Force under President Bill Clinton from 1998-2000, said he expects “the support would plummet” for federal action for the power plants if respondents knew that the actions under consideration would be likely to increase their electricity costs — something that former Federal Energy Regulatory Commission commissioners have reportedly said would be the case.

Betsy Monseu, chief executive of the American Coal Council trade group, said by email Tuesday that the council “supports policies that will help to provide a level playing field for coal as an essential part of the electric generation fleet.”

Renewable sources, Monseu said, have to be backed up by other assets for when there is no wind or sun. “This is where the importance of dispatchable generation such as coal and nuclear comes in, and these assets are not being compensated accordingly.”

Tom Mulligan, a member of the communications firm Sitrick and Co. that is handling communications for FirstEnergy Solutions Corp., declined to comment Tuesday. FirstEnergy Solutions in March asked for federal intervention to help its coal plants and later filed for bankruptcy protection. The White House and the Energy Department did not respond to requests for comment.

Almost half of survey respondents were reticent to estimate how much power the United States actually uses from coal and nuclear sources. Forty-six percent of registered voters said they didn’t know how much of total U.S. energy consumption came from either coal or nuclear energy last year, and those who did record an answer often overestimated the amount of power consumed from those resources.