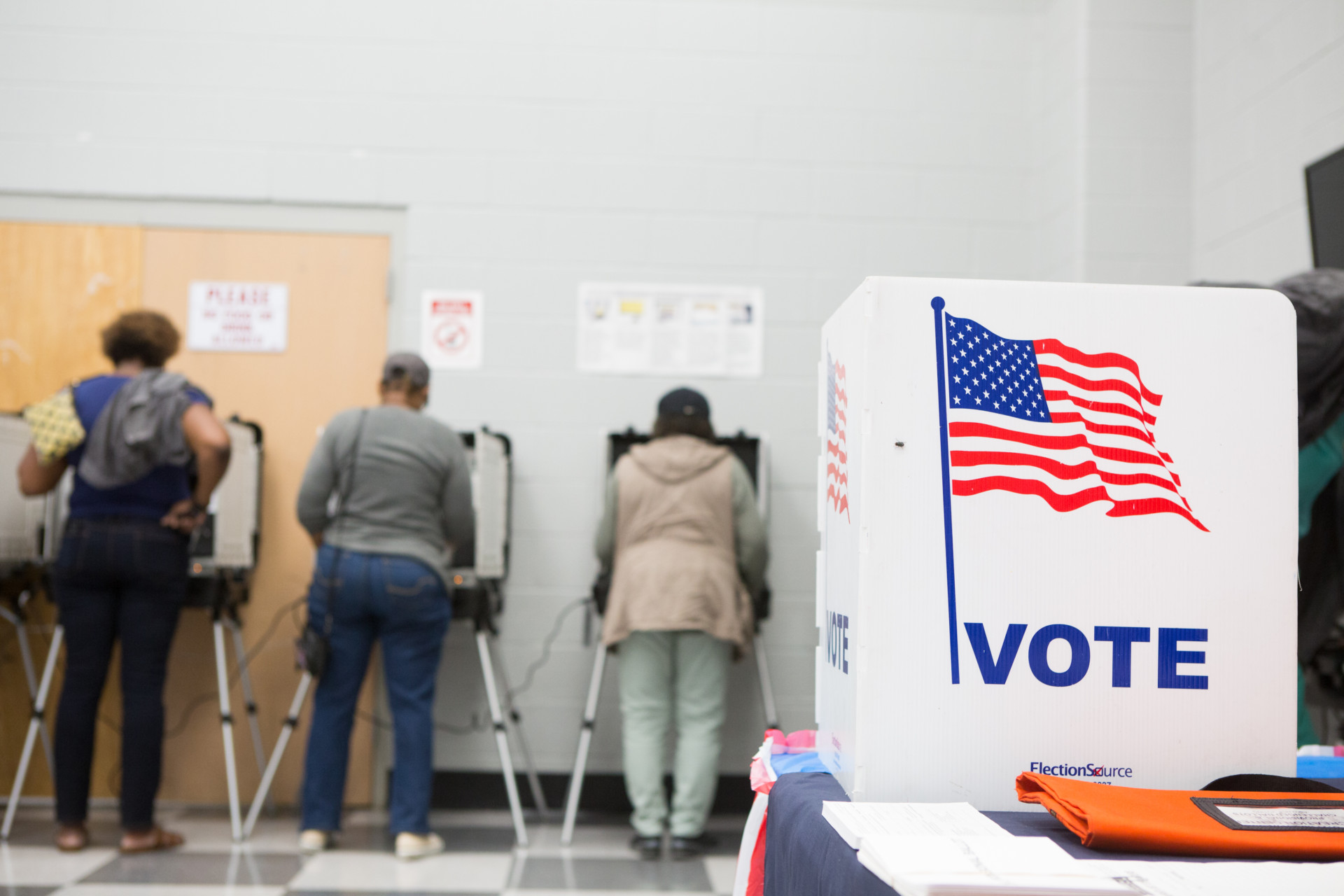 A 40 percent plurality of U.S. voters in a recent Morning Consult/Politico poll said they’re “much more likely” to cast their votes if it turns out that a foreign country has been meddling in the November midterms, suggesting the specter of election interference will not keep people from the ballot box.

The survey, conducted Oct. 25-30 among a national sample of 2,543 registered voters, also found that 47 percent of respondents believe it’s likely Russia will try to interfere in next week’s elections for the House of Representatives and some U.S. senators.

Democrats were also more strongly motivated to vote in the face of potential election meddling: 51 percent of these voters said foreign election interference would make them “much more likely” to cast their vote, along with 29 percent of independents and a 37 percent plurality of Republicans. 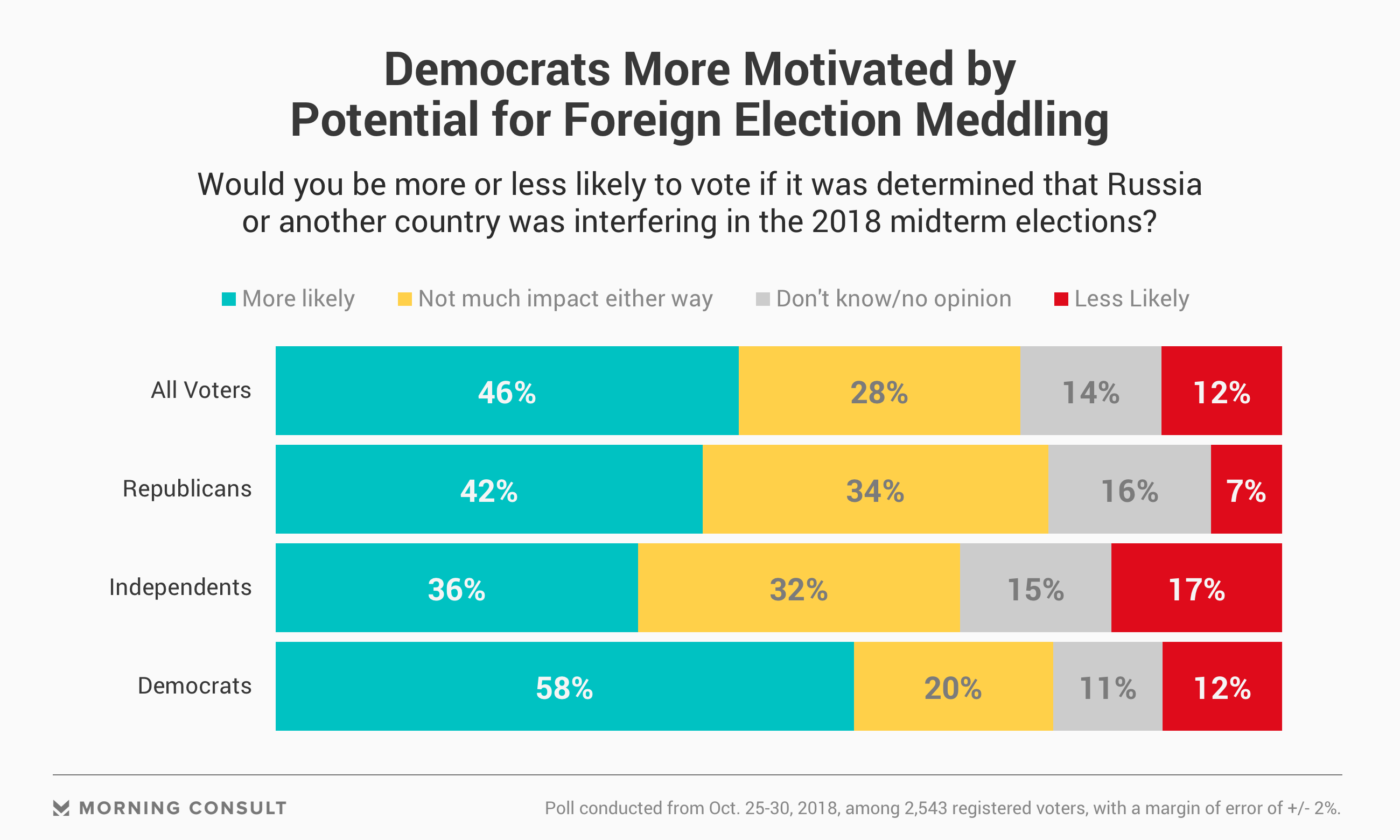 One reason could be that 70 percent of Democratic voters view any Russian election interference as being more beneficial to Republican candidates, compared to 27 percent of GOP voters and a 45 percent plurality of independents who agreed with this view.

Overall, 48 percent voters said GOP candidates would benefit from foreign meddling in the elections, 15 percent said Democratic candidates and 37 percent they didn’t know or had no opinion.

The Trump administration has also called out other countries, including China and Iran, for attempting to interfere in the U.S. political process and the upcoming midterms.

Lawrence Norden, deputy director of the Democracy Program at New York University School of Law’s Brennan Center for Justice, said election meddling is designed to cause voters “to lose faith in the voting system and not trust it.”

“Our system works when people go out and vote,” Norden said in a phone interview Tuesday. “The object of attacking these systems is to keep people from having their voice heard. To me, the right reaction is to say, ‘You’re not going to prevent me from voting and participating in the system, and you’re not going to damage our democracy.’ ”

The poll, which has a margin of error of plus or minus 2 percentage points, found that 12 percent of voters said they would be less likely to vote if it was determined Russia or another country was interfering in the midterms.

Jan Leighley, a political science professor at American University who specializes in American political behavior and voter turnout, said voters who feel threatened and view the act of casting a ballot as a form of expression “would perhaps be more likely to vote to express their support for the system.”