Republicans were outspent nearly 4 to 1 over the past week 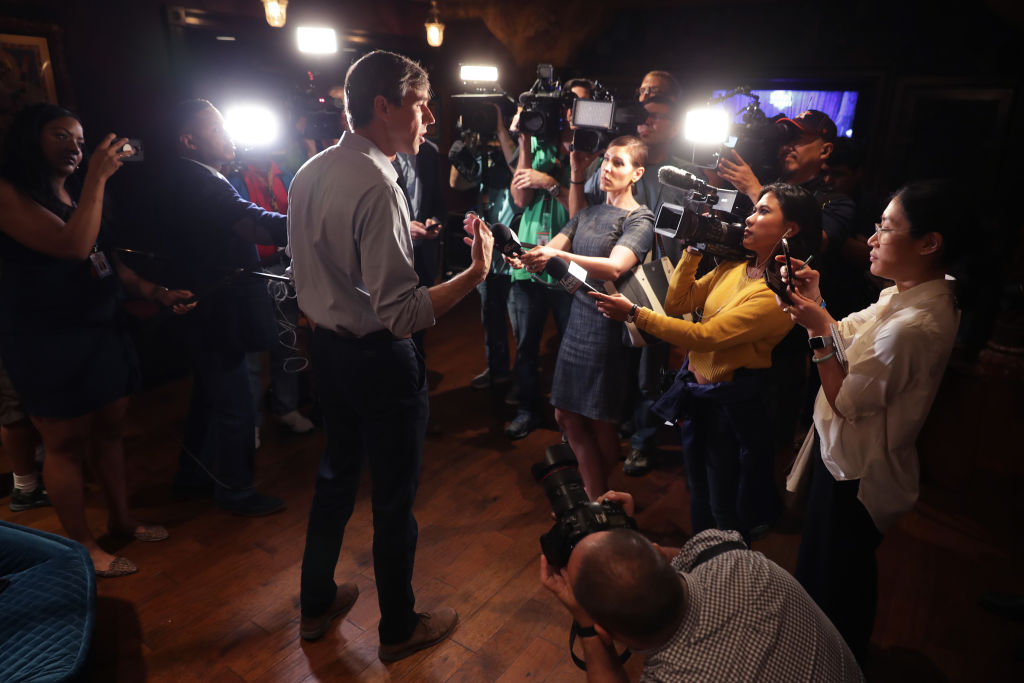 Senate candidate Rep. Beto O'Rourke (D-Texas) talks to reporters before a campaign rally at the House of Blues on Nov. 5 in Houston. O'Rourke has been the top spender on Facebook Inc. political ads over the last six months. (Photo by Chip Somodevilla/Getty Images)
By Joanna Piacenza

In the week before the midterm elections, Democratic candidates, causes and political action committees spent almost four times more than Republican groups on Facebook Inc. ads, according to a Morning Consult analysis of data from the social media site. 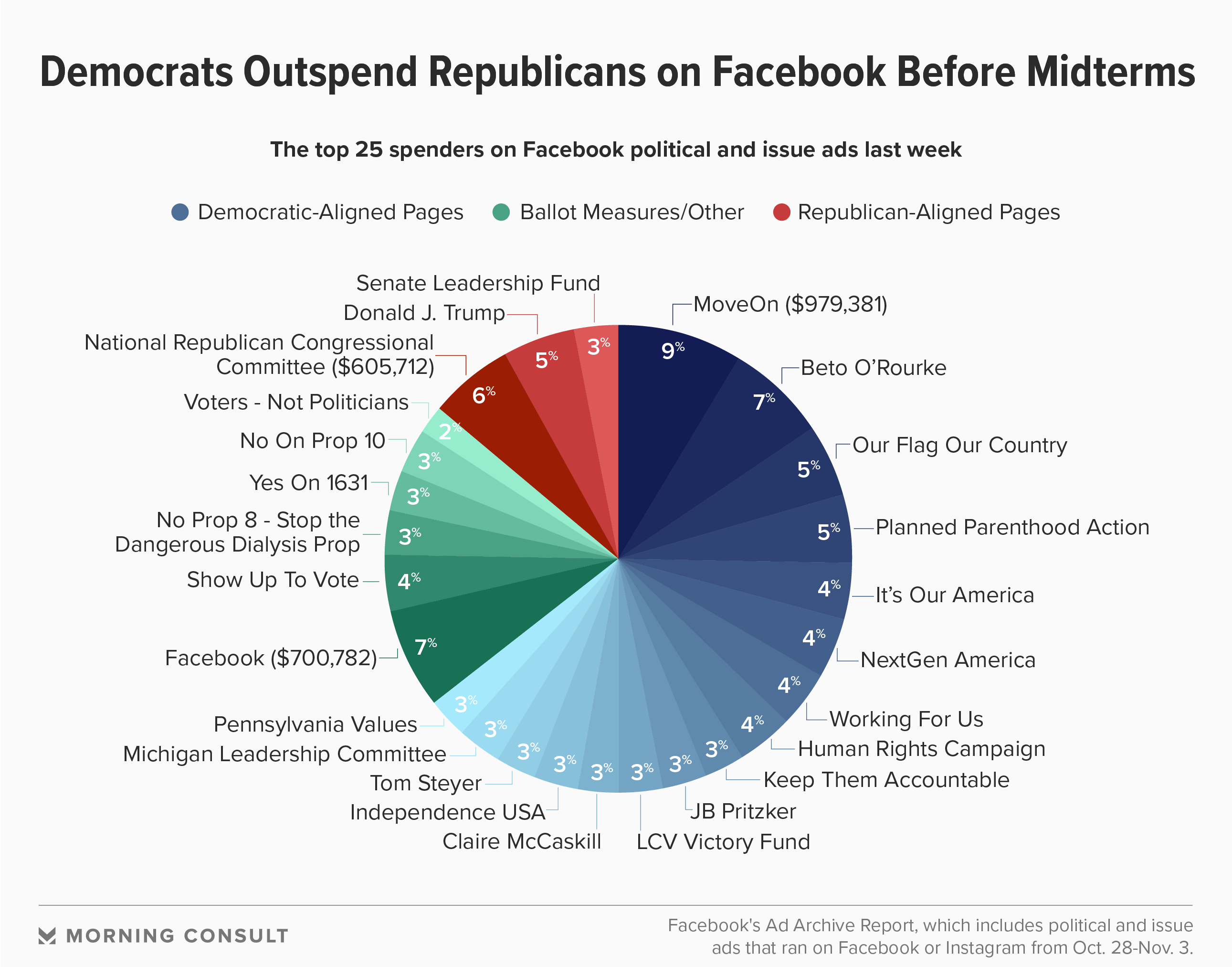 Among the top 50 spenders on the social media sites, Democratic-leaning groups and political action committees such as “Keep Them Accountable” and “Working For Us” have spent $10.3 million on ads between Oct. 28 and Nov. 3. That dwarfs the $2.7 million in spending from groups that support Republicans or Republican priorities, including ads from President Donald Trump’s Facebook page.

Facing congressional and public criticism for its role in disseminating false information during the 2016 election, Facebook in April pledged to begin publicly posting ads and spending data from its pages. The platform started compiling an Ad Archive Report three weeks ago, which includes a weekly summary of paid posts about political or national issues that people in the United States saw on Facebook or Instagram.

Democratic Rep. Beto O’Rourke, who is running for Senate in Texas, has been the top spender on Facebook Inc. since the social media site began posting data for ads launched on or after May 7, with a total of $7.1 million. Last week, his page poured about three-quarters of a million dollars ($779,544) into ads.

Overall, the social network site has taken in $356.5 million in political advertising since May 7, out of pages spending more than $100.

But the National Republican Congressional Committee, House Republicans’ campaign arm, outspent its Democratic counterpart, the Democratic Congressional Campaign Committee in the last week ($605,712 vs $168,920), and has spent twice as much as the DCCC in the past six months ($2.2 million versus $1.1 million).

The ads may help sway voters who haven’t made up their minds ahead of the midterms on Tuesday; in the latest Morning Consult/Politico poll, 18 percent of registered voters were undecided.

Facebook helps politicians reach Americans who may not be tuning into TV or other ads, including younger adults — who are nearly twice as likely to get their news online than from television (50 percent to 27 percent), according to a 2016 Pew Research Center report.

Overall, a Pew survey from March found 68 percent of U.S. adults have a Facebook account, and 74 percent visit the site each day. Members of one political party are no more likely to have an account than members of the other, according to Morning Consult polling.