Most Young Adults Have an Appetite for Binge-Watching Shows 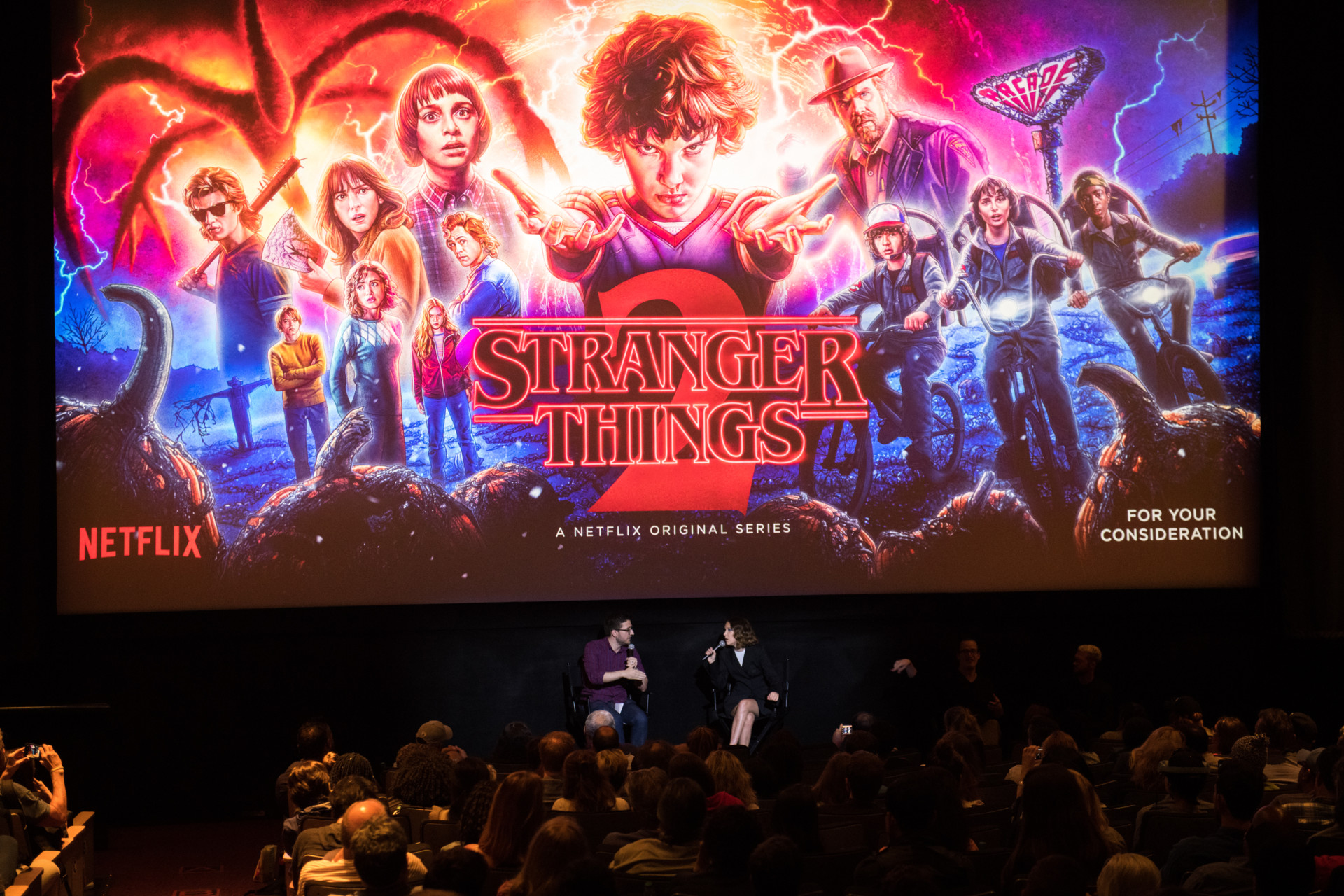 Among most TV watchers in the United States, binge-watching television is a normal part of their weekly routines — especially for young adults.

According to a new Morning Consult/Hollywood Reporter poll, 60 percent of adults who watch shows on demand said they binge-watch television, defined as watching two or more consecutive episodes of a show, at least once a week — with 15 percent reporting they binge each day, 28 percent several times per week and 17 percent about once per week. The survey was conducted among 2,044 adult TV watchers between Oct. 25-26 with a margin of error of 2 percentage points. 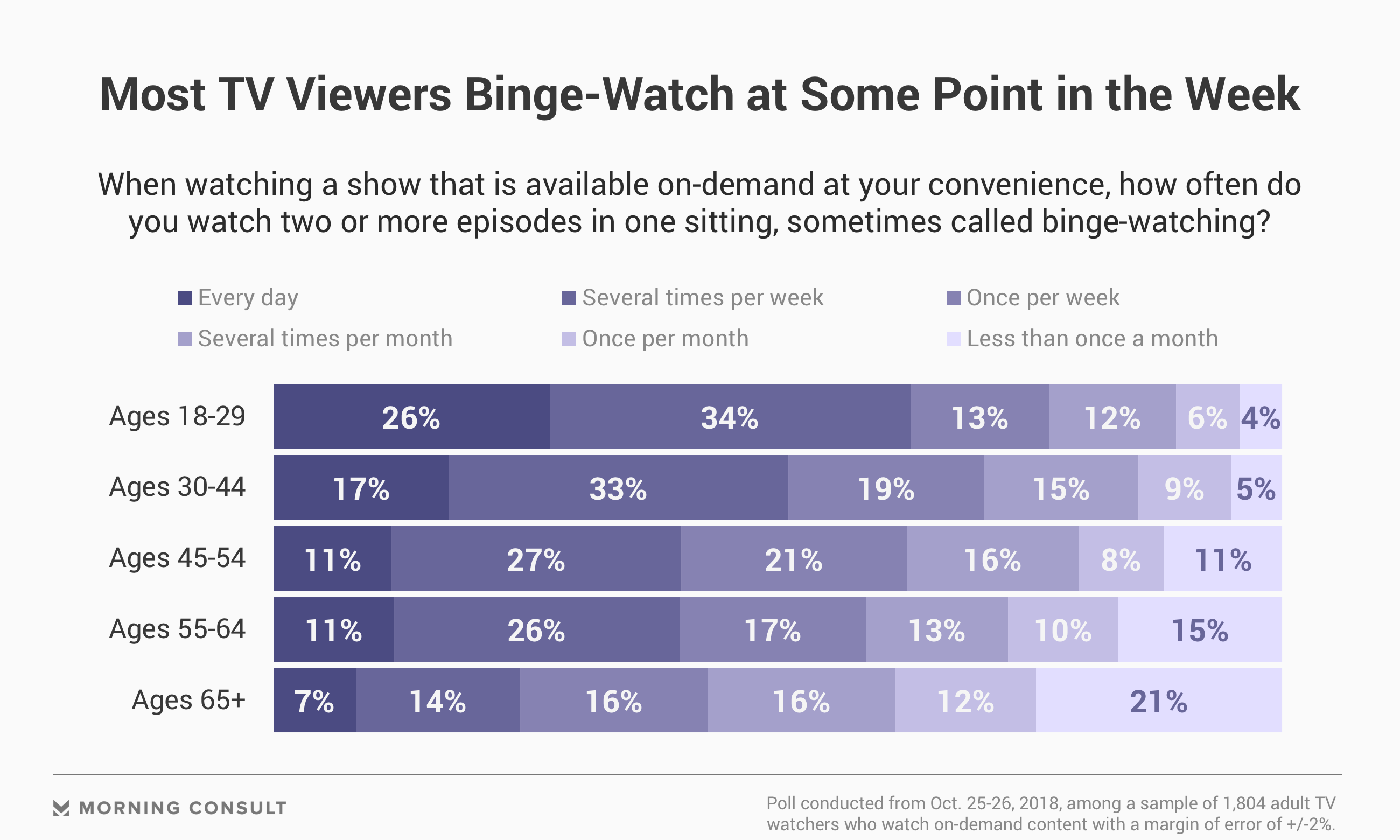 The most important reasons that people decide to binge-watch include wanting to see more of the story (87 percent), liking the cast (81 percent) and seeing the activity as relaxing (80 percent).

But in order to watch more television, viewers appear to be making personal sacrifices: Eighty-six percent said they’ve stayed up past their normal bedtime to watch a show, and 52 percent said they’ve stayed up all night. Nearly one-quarter of all TV watchers (24 percent) have canceled social plans to continue watching a show; among young adults, that number rises to 45 percent. And while 40 percent of all TV watchers have made less healthy food or exercise choices because of a show, 57 percent of young adults have done so.

Among TV watchers overall, 29 percent said they have watched an entire season of a show in 24 hours of its release, while 51 percent of those ages 18-29 said the same. 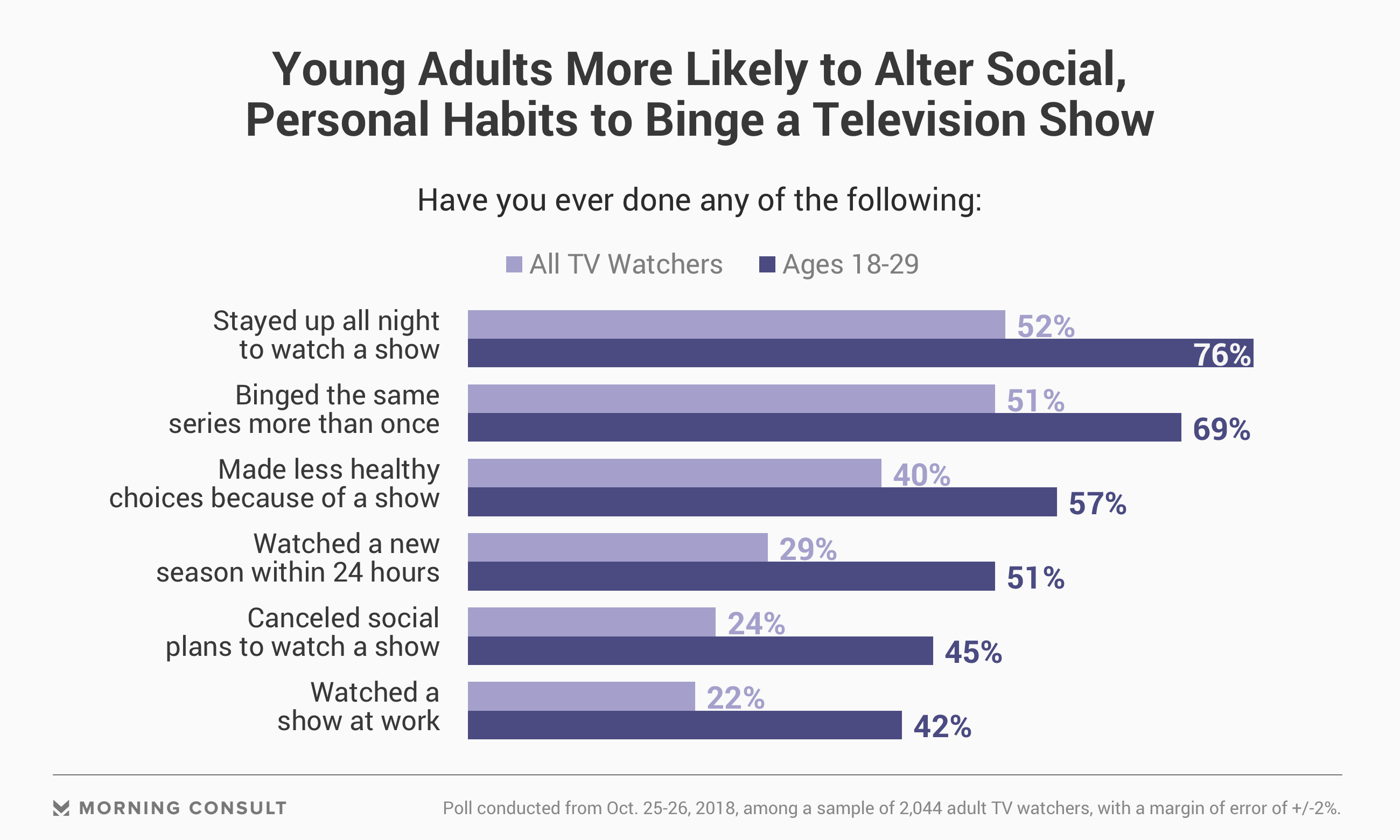 Derek Johnson, associate professor of media and culture studies at the University of Wisconsin-Madison, said the concept of binge-watching isn’t new or limited just to streaming services, given that cable channels will stack episodes of the same show next to each other.

“There’s potential for binge-viewing in classical, network television schedules,” he said. “Looking at cable channels during the daytime, a huge number of cable channels and electronic programming are blocks of these back-to-back episodes.”

Often, binge-watching as a phenomena is associated with streaming giants such as Netflix Inc., sometimes with the help of the company’s marketing. In the case of Netflix, the company has rolled out branding that incorporates the term “binge,” such as an infographic titled “2017 on Netflix: The Year in Bingeing.”

“Binge-watching helps the consumer to feel like: ‘Oh yeah, I use this a lot, I can’t live without it,’ so Netflix is definitely trying to associate itself with bingeing,” Johnson said. “But at the same time, it realizes that bingeing doesn’t always sound good.”

Johnson said the word “binge” doesn’t have positive connotations to it, saying that most people think of indulgence and excess when they hear it. And some young adults who said they binge-watch appear to feel that way: Twenty-five percent said they feel guilty after binge-watching, compared to 15 percent of TV watchers overall.

The guilt could be the result of societal stigmas attached to TV watching, Johnson said, such as the idea of being a “couch potato.”

“Nobody talks about book addiction, that’s not a thing,” he said. “There’s a stigma around television, but there aren’t stigmas around all of the things that we do.”

According to the survey, streaming is the dominant method for on-demand viewing (52 percent), but 38 percent watch on-demand through a channel’s own platform found on cable channel programming, such as “HBO On Demand” or “Showtime On Demand.” Another 32 percent said they rely on DVR and other recording tools. 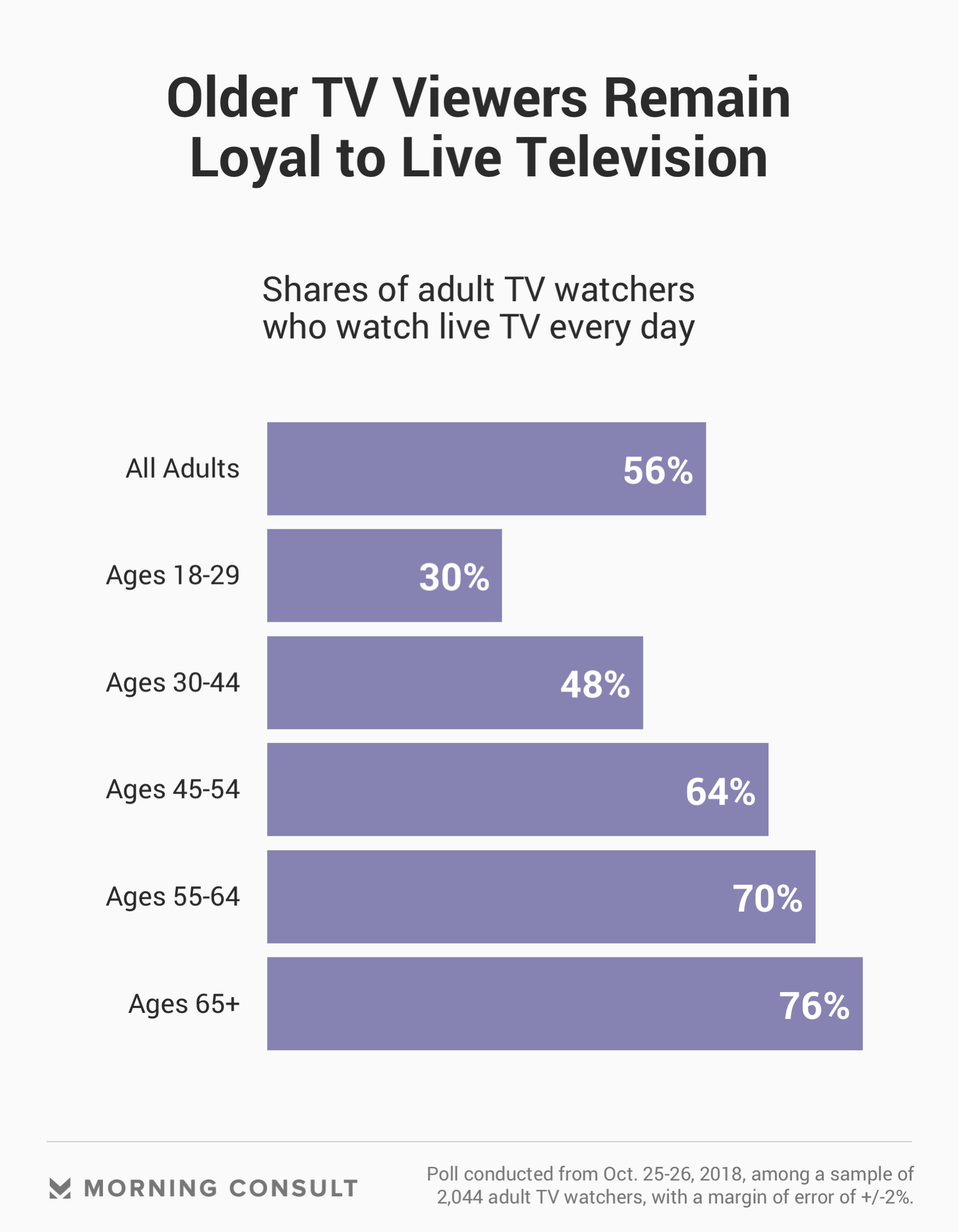 The ways in which people engage with on-demand entertainment make the case for the ubiquity of binge-watching, despite marketing from streaming platforms aimed at monopolizing the word: Eighty-three percent of TV watchers report watching live TV at least once a week, including 69 percent of young adults. That number grows to 91 percent of those ages 55-64, and 94 percent of those 65 and older.

Despite TV watchers’ preference for streaming services when it comes to on-demand viewing, streaming companies have a long way to go before they can overtake the stronghold of live TV, as suggested in a Nielsen report released in May. According to the report, 93 percent of streamers ages 25-54 watched traditional TV on a typical day in November 2017, while 46 percent watched through a mix of traditional TV and streaming and 7 percent streamed exclusively.

“It’s not just on Netflix,” Johnson said. “We have television industries encouraging us to binge-view.”

Brands Entertainment Tech
Do NOT follow this link or you will be banned from the site!