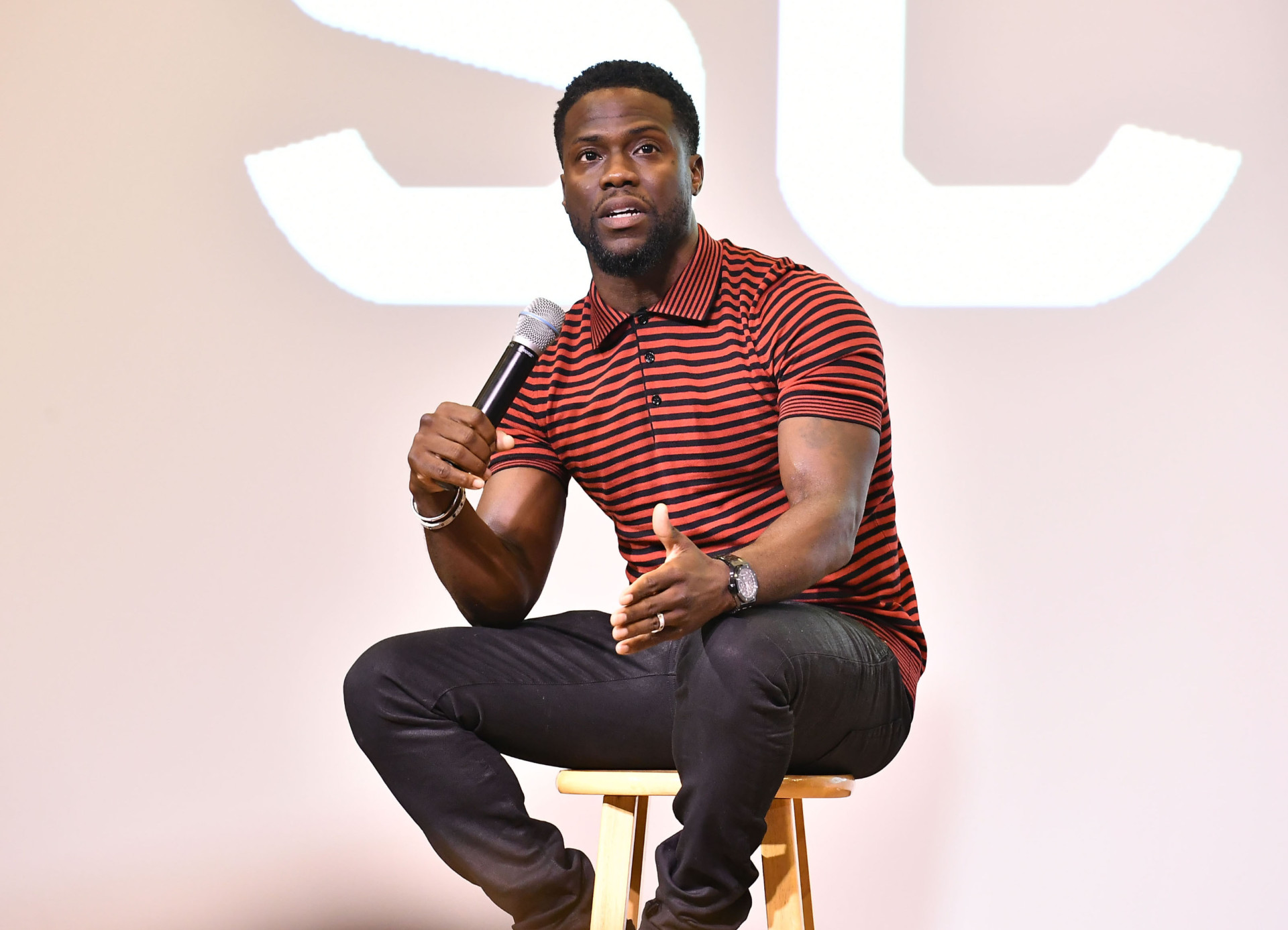 Kevin Hart at Morehouse College on Sept. 11, 2018, in Atlanta. After the comedian announced he was hosting the Oscars, he came under fire for past tweets that contained homophobic language. (Photo by Paras Griffin/Getty Images for Universal Pictures)
By Joanna Piacenza

With Hollywood still grappling with the fallout of Kevin Hart’s brief tenure as Oscar host, a new Morning Consult/The Hollywood Reporter survey finds the public is fairly ambivalent about the entire debacle — but ultimately approve of Hart’s decision to step down.

Hart, who had revealed on Dec. 4 that he was going to host the 91st Academy Awards, withdrew from those duties on Friday after facing criticism over a number of old tweets that contained homophobic remarks.

In an Instagram video posted Thursday evening a few hours before he stepped down, the “Jumanji: Welcome to the Jungle” actor alleged that the Academy of Motion Picture Arts and Sciences gave him an ultimatum after the backlash began: Apologize for the resurfaced tweets, which were sent between 2009 and 2011, or the Academy would find another host. (The Academy has not confirmed whether it had issued the ultimatum.) 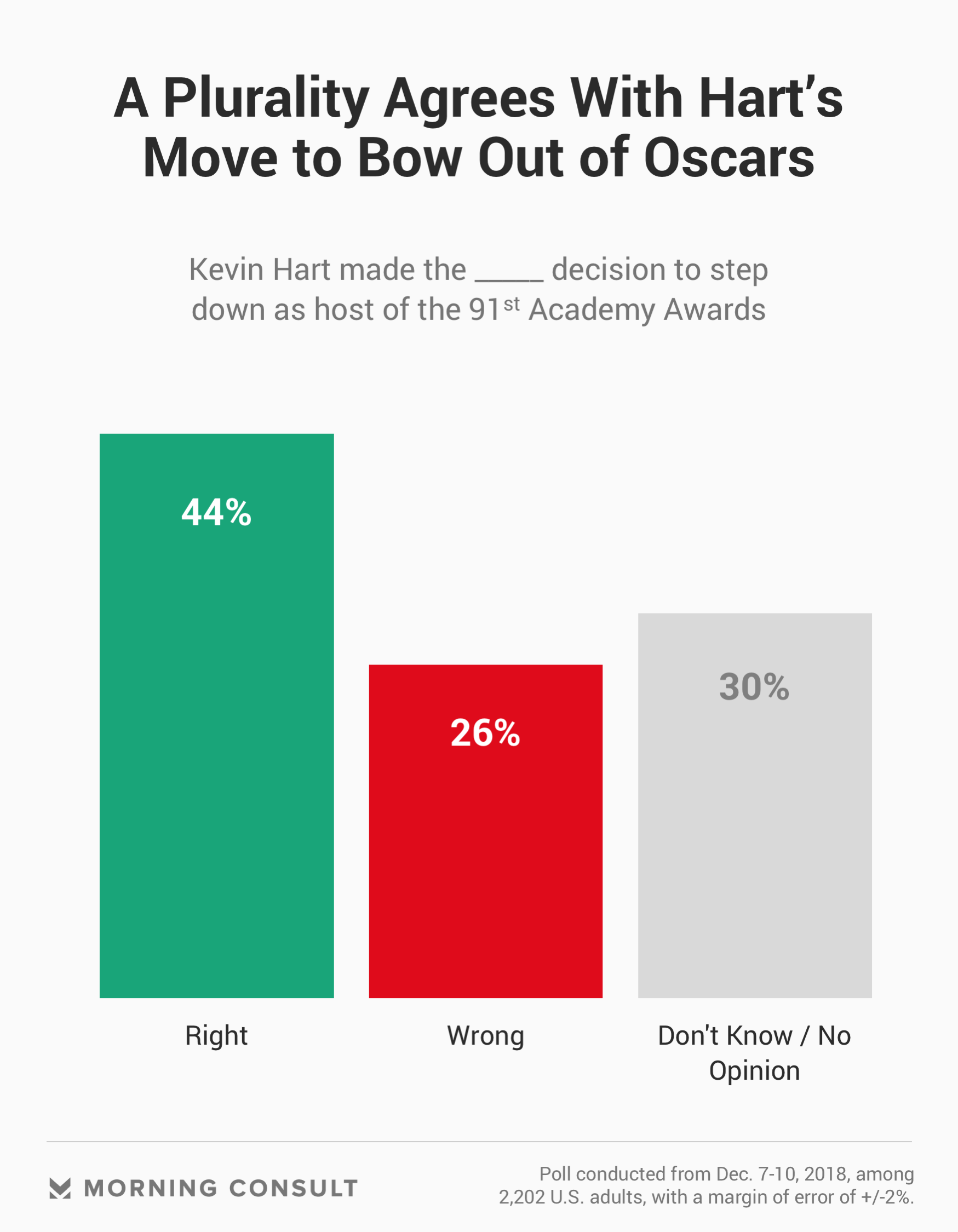 Adults were split on whether the Academy’s reported move was the right one: Thirty-six percent said it should have pressured the comedian, while 34 percent disagreed.

Despite this, a 44 percent plurality said Hart made the right decision to step aside, while 26 percent of the 2,202 U.S. adults surveyed said he shouldn’t have pulled out. The Dec. 7-10 poll has a margin of error of 2 percentage points.

A 41 percent plurality said that the incident hasn’t shifted their opinion of Hart. While 29 percent of U.S. adults said the kerfuffle soured them on the entertainer, a roughly similar share (26 percent) said the same of the Academy.

Hart is a highly sought-after figure in the entertainment industry, with dozens of producer and writer credits to his name and five confirmed headlining films in the works, according to IMDb.

Hart kept his fans up to date on developments in the controversy via Instagram, posting two selfie videos.

The second video, in which Hart says the Academy gave him an ultimatum to apologize or step aside, may have helped bring some of the public to his side: A 42 percent plurality said they had a more favorable view of the star after viewing it. Meanwhile, 30 percent said they had a more unfavorable view of the Academy post-viewing, but a plurality of 38 percent said their opinion didn’t change. 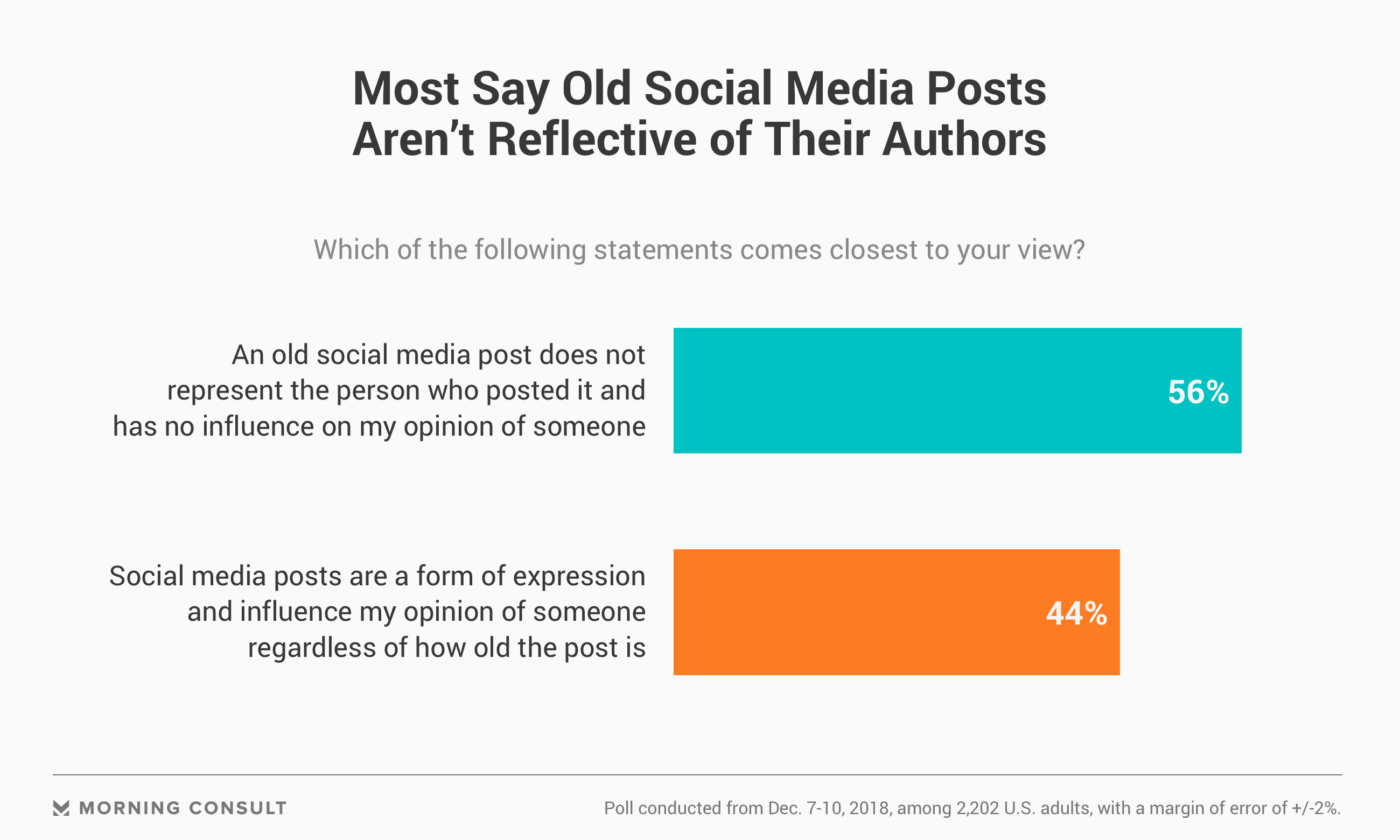 In the video, Hart encourages viewers not to judge him — or others — from old social media posts, and it appears the public agrees: Most (56 percent) of the respondents said old social media posts don’t represent the person who posted it and have no influence on their opinion, while 44 percent said old posts are a form of expression and do impact their view of the author.

After posting the videos and leaving his role as host, Hart showed remorse over his old posts, saying in a tweet: “I sincerely apologize to the LGBTQ community for my insensitive words from my past.” He deleted some of the Twitter posts that had drawn criticism, but other old tweets including an anti-gay slur and using the word “gay” as an insult still remain on his Twitter feed.

Related: One Cringeworthy Post From the Past Probably Won’t Haunt You