TOPICS IN THE LIMELIGHT

Streaming services, a bigger box office and diversity will be big topics in 2019 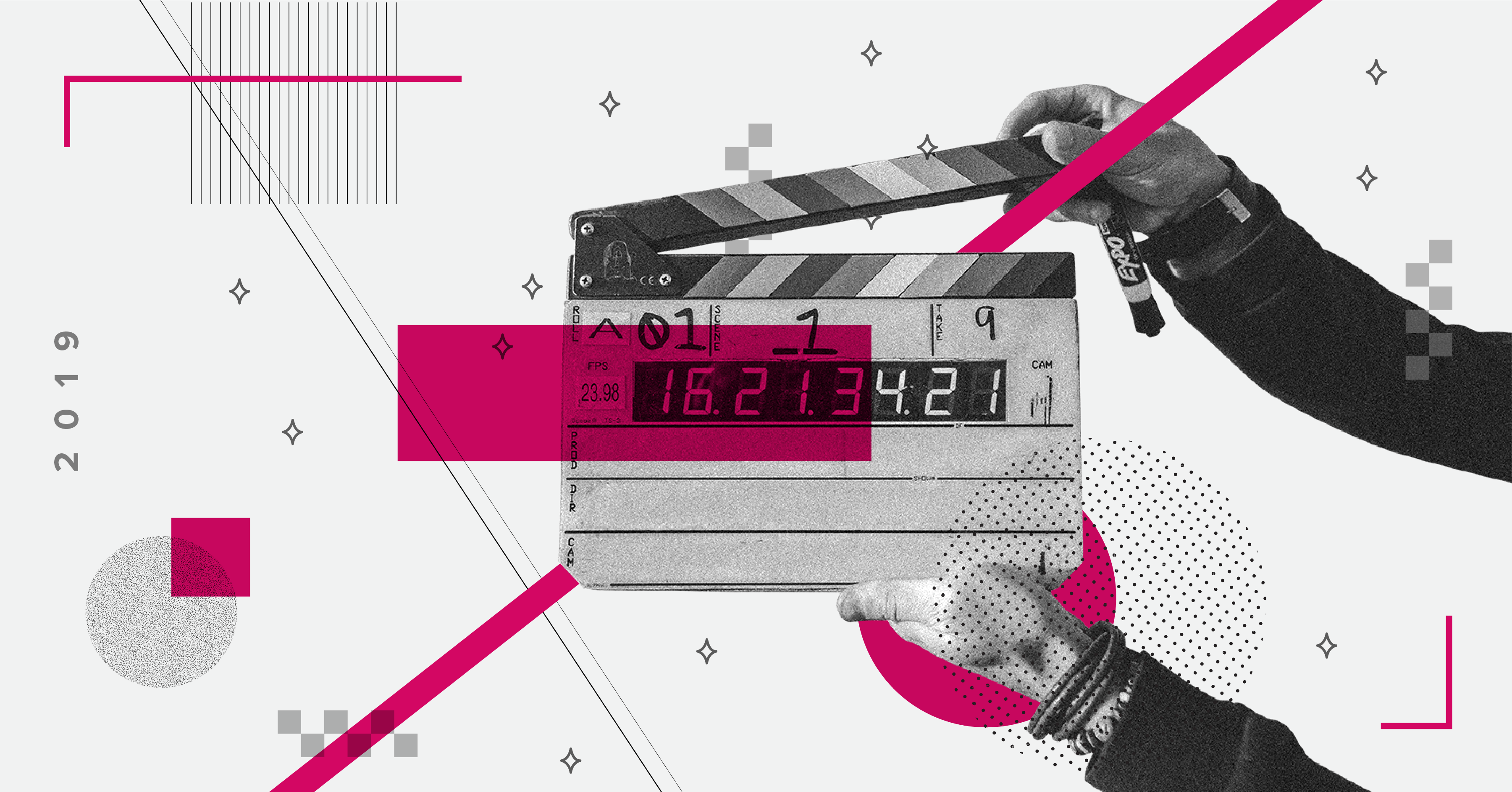 Expanding streaming, increasing diversity and replicating MoviePass were all hot topics in the entertainment industry this year — and experts say they’ll continue to dominate the conversation as we move toward 2019.

Streaming services such as Netflix Inc., Hulu LLC and Amazon.com Inc.’s Prime Video continued to grow in 2018, spending billions of dollars on original programming. And the number of over-the-top (OTT) services coming to the market grew, as well. Apple Inc., the Walt Disney Co. and WarnerMedia LLC are all in the process of launching their own major streaming services, and other smaller services, such as Crunchyroll and BritBox, are also providing more niche content, further fragmenting the media market.

According to streaming media consultant Dan Rayburn, that fragmentation will continue into 2019 as wireless carriers and video distributors start to create their own content.

“We’re seeing a big shift in terms of fragmentation in the market, which is going to get worse for consumers,” Rayburn said.

“Choice is a good thing, but at some point, how many OTT services are you going to pay for?” he said, hinting at OTT consumer fatigue. “There’s only so many hours in the day we have to consume content.”

The domestic box office reached $10 billion at a record rate this year, and it recently hit the $11 billion mark for only the fourth time ever. That’s thanks in part to Disney films such as “Black Panther,” “Avengers: Infinity War” and “Incredibles 2,” which respectively brought in over $700 million, $678 million and $608 million, respectively. 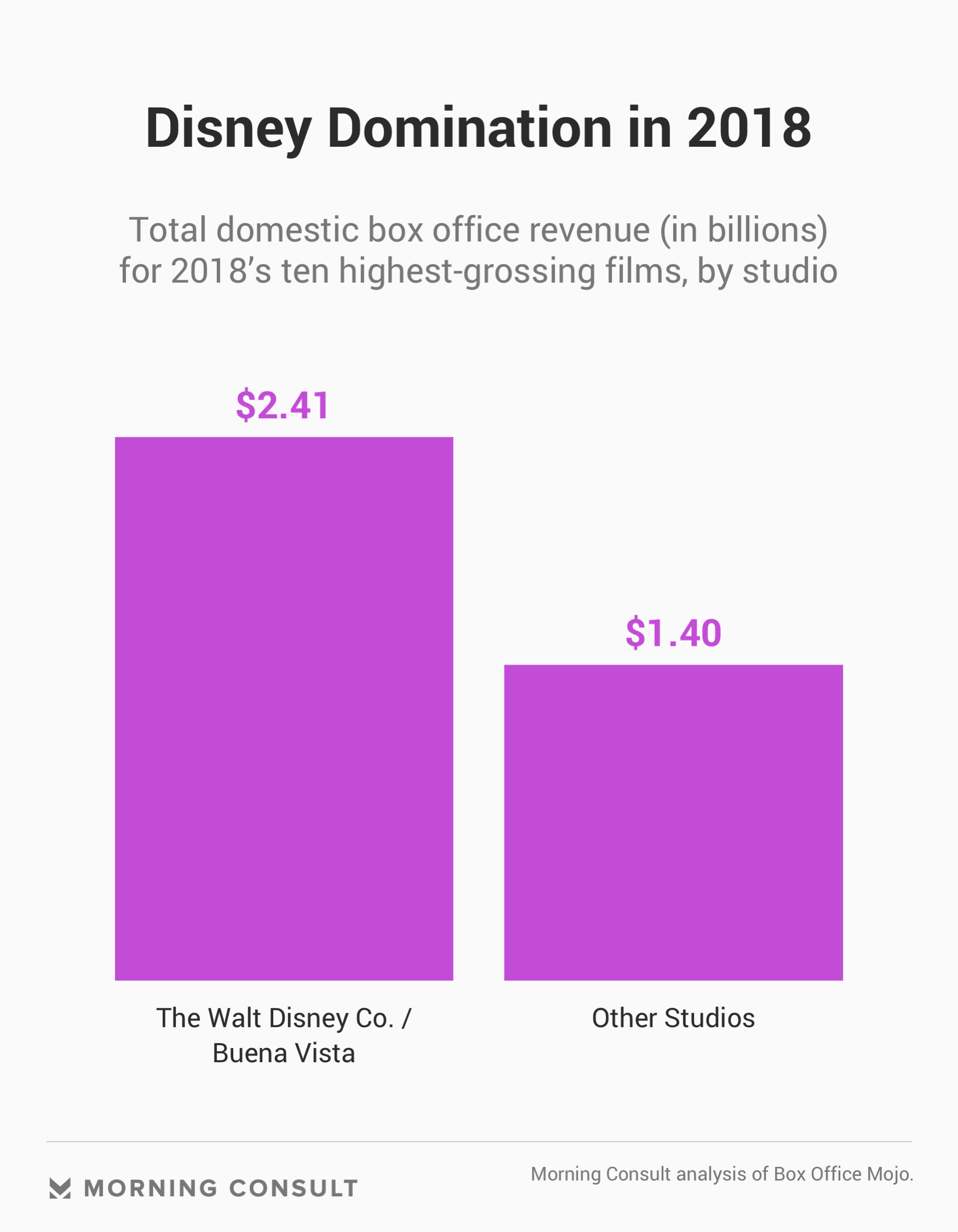 And industry experts predict the record-setting pace of 2018 will be replicated in 2019.

“If you just take a look at the schedule and what studios are offering, it looks very similar to what they offered this year, which shouldn’t come as a surprise,” said Jeff Bock, senior box office analyst for Exhibitor Relations Co.

“What Hollywood was able to do in 2018 was really deliver sequels that audiences had a high demand for,” Bock said. “That’s looking like it’s going to continue in 2019.”

Disney is an important player in terms of sequels, Bock said. The studio has multiple Marvel Studios LLC films on its slate, including “Avengers: Endgame,” follow-up films to “Frozen” and “Toy Story,” and a new “Star Wars” movie, all of which are predicted to do well at the box office. But other studios such as Warner Bros. Entertainment Inc. are also expected to contribute significantly to box office grosses due in part to films like “It: Chapter 2” and “Joker.”

“I’d be surprised if it wasn’t the highest-grossing year on record,” Bock said.

2018 saw highs and lows for MoviePass Inc. — with its constantly changing pricing model, customer service squabbles and financial troubles — with the company’s troubles well-documented, but experts say it might have a future in 2019 due to its recent pricing change. The subscription service allows users to see up to three movies per month for $9.95, among other subscription tiers.

Helios & Matheson Analytics Inc., MoviePass’ parent company, said that from March 2018 to September 2018, the average number of films seen monthly by each subscriber had dropped from 2.23 to 0.77, which could be key in the future success of the company.

“Based on some consumer inertia and the new model there is a good chance they survive in the short term; however, the long term is still very vulnerable,” Karthik Easwar, assistant professor and expert in consumer psychology at Georgetown University’s McDonough School of Business, said in an email.

Daniel McCarthy, an assistant professor of marketing at Emory University, believes that plans such as AMC Stubs A-List could prove to be the more successful business model.

As these services continue to grow in 2019, industry insiders agree that choice will be a key component in the ticket subscription service, whether that means different pricing levels or freedom to visit multiple theater chains.

Related: The Standout Holiday Films for Every Age Group

This year saw calls for increased diversity in Hollywood, an issue that’s unlikely to quiet.

Darnell Hunt, director of the University of California, Los Angeles’ Ralph J. Bunche Center for African American Studies, and a co-author of the annual Hollywood Diversity Report, said that since 2011, there has been a slight increase in diversity in front of and behind the camera, but the film industry needs more than a hit such as “Black Panther” or an Oscar nomination for Greta Gerwig, to catch up. But Hunt is cautiously optimistic.

“There are examples of movies that demonstrate that audiences have a hunger for diverse content,” he said, such as “Black Panther” and “Wonder Woman.” “We are seeing more of those films.”

Hunt said the next step for Hollywood will be to make average films, not just superhero blockbusters, more diverse and produce those films regularly.

“If the industry is going to continue to be profitable, it’s going to have to produce films that reflect the experiences of an increasingly diverse audience,” said Hunt. The industry has advice for how to do so: A new report from the University of Southern California’s Annenberg Inclusion Initiative suggests both small and seismic changes — such as adding five female speaking roles to scripts, setting goals for inclusion, promoting equity riders and supporting diverse films — to better represent diverse populations in the industry.

If the industry is going to continue to be profitable, it’s going to have to produce films that reflect the experiences of an increasingly diverse audience.

As Disney franchises continue to rake in money at the box office, other production companies are looking for ways to keep up.

Kathryn Arnold, a producer and industry consultant, said that middle-range production companies can find value in buying intellectual properties that are close to a “Star Wars” type level.

“They are able to take these IPs that have ancillary product lines and create movies and other content around them,” Arnold said, if they’re able to prove to investors that there’s a consumer awareness and appetite for such storylines.

These IPs range from toys (such as Transformers), to video games (such as World of Warcraft) to books (such as “Crazy Rich Asians”), all of which have been adapted for film.

Related: The Highest-Paid Actors May Not Have Most Public Clout