Nuclear Industry Hopes for More Legislation in 2019, but Path Uncertain

Nuclear advocates hope 2019 will bring the passage of new legislation to support the industry in the United States as Democrats turn their focus toward addressing climate change.

But experts say it’s not a certainty that Congress will enact or fund nuclear technology and research and development to the extent necessary to get new concepts to market. And spokespeople for key lawmakers are close-lipped when it comes to specific energy policies they will back next year.

“2019 will be a year of building on our past progress,” said Craig Piercy, the Washington representative for the American Nuclear Society. Gains this year included enactment of the Nuclear Energy Innovation Capabilities Act and robust fiscal 2019 funding for nuclear energy R&D, he said. Congress approved over $1.3 billion for nuclear energy activities at the Department of Energy this fiscal year, up from $1.2 billion appropriated the prior year.

Industry observers also see progress next year on advanced nuclear technologies like small modular or micro-reactors. John Kotek, vice president of policy development and public affairs with the Nuclear Energy Institute trade group, said the industry continues “to see investments in the private sector in getting those technologies through the licensing process and into the market.”

For example, in April, Portland, Ore.-based NuScale Power LLC got a step closer toward getting licensed by the Nuclear Regulatory Commission for its small modular reactor design when it finished the first of the NRC’s design phases — the first small modular reactor concept to do so. The company, whose majority shareholder is Fluor Corp., is now working on phases two through four of a six-phase design review, and the NRC said last year that it expects to issue a final safety evaluation for the project by September 2020.

In addition to NuScale’s efforts, the think tank Third Way has tallied 78 other advanced nuclear reactor projects in North America as of November. 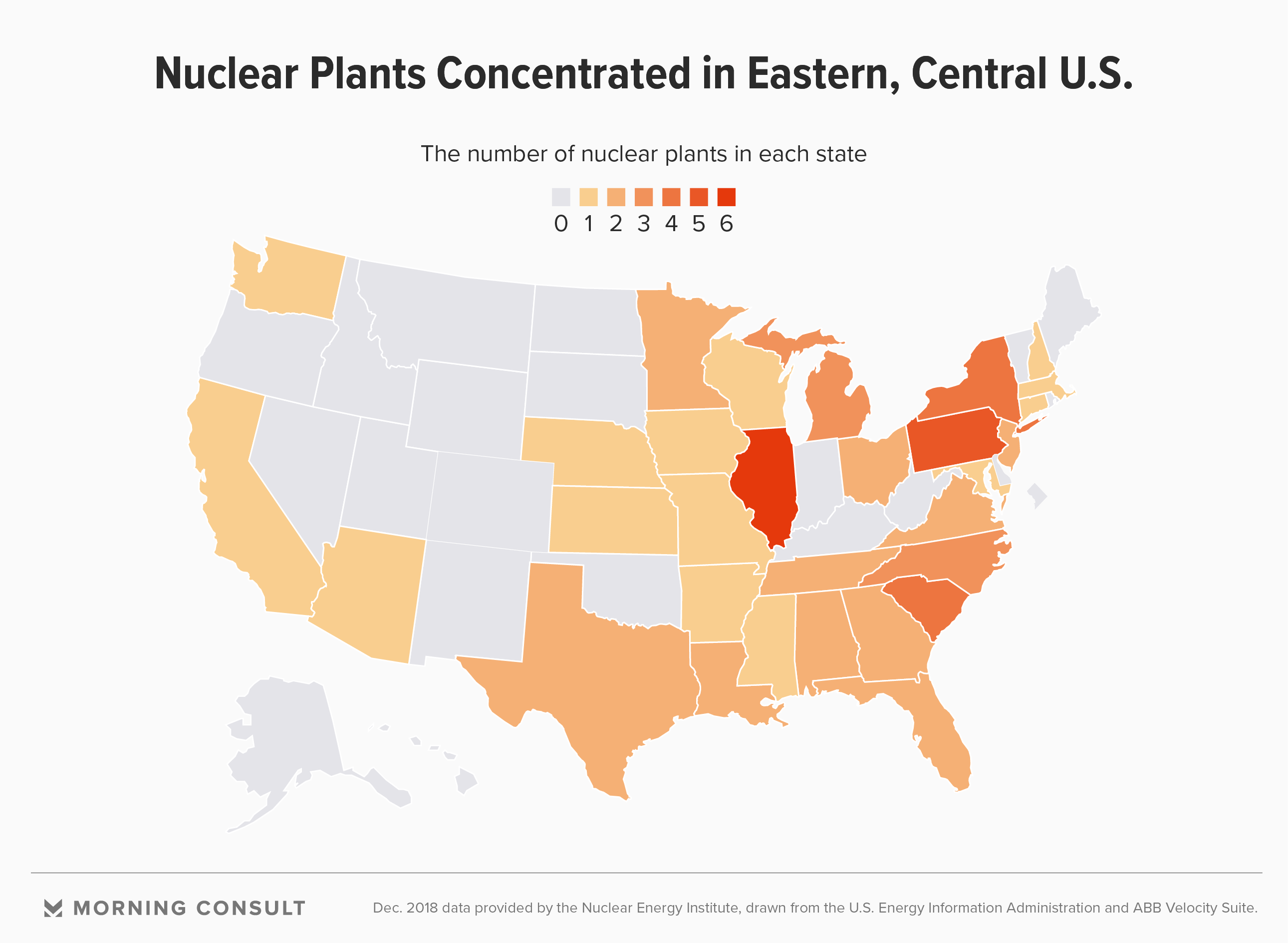 But while R&D in energy has bipartisan support in Congress, Hal Harvey, chief executive of the policy firm Energy Innovation, is skeptical that lawmakers would direct as much funding toward nuclear energy as the new generation of reactors requires.

“The private sector’s not going to invest in nuclear power in a meaningful way,” said Harvey, particularly because the operating costs of existing plants are not cost-competitive with wind and solar built today, and the financing, construction and operational risks are so high.

When it comes to new advanced nuclear concepts, bringing them to bear would cost tens of billions of dollars in R&D funding, said Harvey, who counts himself as neutral on nuclear.

“I appreciate the gall with which people do private sector startups, but they’re all going to go off a cliff without public support,” he said.

In Congress, Kotek said, some incoming lawmakers have shown an interest in reducing carbon emissions under a climate agenda. Senate Minority Leader Chuck Schumer (D-N.Y.) recently told President Donald Trump by letter that any infrastructure deal must contain funding toward climate change and clean energy. The focus on reducing emissions, Kotek said, “creates a real opportunity for us to ensure that both current and new members” value nuclear’s benefits.

Piercy also said the new Democratic House majority could initially shoot high on addressing climate change, then pivot and “look at potentially some more stepwise proposals” on climate. In that area, he said, nuclear policy has the advantage of bipartisan support and a history of passed bills.

That includes NEICA, which Trump signed into law on Sept. 28. The law calls on the Department of Energy to plan and build by 2026 a versatile test reactor that would allow for experimental high-temperature testing and other activities currently not possible in the United States.

Late in the congressional session on Thursday, the Senate also passed another nuclear bill that would in part require the NRC to change how it licenses commercial advanced nuclear reactors. The House was expected to pass the measure on Friday.

Nuclear advocates are also paying attention to the bipartisan Nuclear Energy Leadership Act introduced in the Senate in September, which includes an extension of the maximum length of federal power purchase agreements for public utility contracts to 40 years from the current 10.

The change would amend outdated statutes that disadvantage nuclear energy when it competes for federal power purchase agreements, according to the bill’s advocates, since capital costs for reactors are expensed over a span that lasts more than 10 years.

Rich Powell, executive director of conservative clean energy group ClearPath Foundation and of the ClearPath Action Fund, said the proposed legislation “really rolls up a lot of the different priorities that we think are essential to get advanced nuclear off the ground in this country.”

But Edwin Lyman, acting director of the Nuclear Safety Project with the Union of Concerned Scientists, said PPAs could subsidize expensive electricity, depending on the price that is set, and provide a guaranteed market to one supplier at one price for a specified period.

Nuclear developers are “under such financial pressure even with potential government help that they’re busy trying to do everything they can to reduce their cost, and that can come at the expense of safety and security,” he said. But Lyman added that the union, a nonprofit that advocates for environmental health and safety, does not oppose sparingly used, carefully defined subsidies for nuclear power and low-carbon energy sources that can serve as a surrogate for a carbon tax.

The Nuclear Energy Leadership Act also calls on the Energy Department to create a program for the provision of high-assay low-enriched uranium from government stocks — something that multiple new nuclear designs would need — until a consistent domestic supply exists. The American Nuclear Society expects lawmakers to reintroduce the bill in next session, Piercy said.

Taking together the extent of support for NELA in the Senate and support for House bills that separately address some of the provisions in NELA, “it feels like there ought to be a critical mass there” to pass it either as a stand-alone bill or attach it to a bigger piece of legislation like an infrastructure bill, Powell said.

Still, some of the bills on the table this Congress include legislative concepts that have existed for years and not gained traction, Lyman said.

For their part, Hill communications staffers working for energy lawmakers declined to commit to specific legislation that could come next year.

Spokespeople on the Senate energy panel and for Senate Majority Leader Mitch McConnell (R-Ky.) declined to comment on the year ahead.

Ryan Johnson, communications director for Rep. Bobby Rush (D-Ill.), also said in an email that it is too soon to predict what nuclear legislation would be brought up next Congress. Rush, ranking member on the House Energy and Commerce Energy Subcommittee and a top contender for the subcommittee’s chairmanship next session, has not yet talked with new subpanel members about their interests and priorities, Johnson said.

And House Speaker-Designate Nancy Pelosi’s communications director, Ashley Etienne, also had nothing to add regarding energy priorities for next year, beyond Pelosi’s recent comments on reviving a select committee on climate change and infrastructure. In a Dec. 7 statement, Pelosi indicated the Democrats would act to invest in advanced energy research and keep clean energy tax credits available, but gave no specifics on the types of energy that would benefit. And the broad infrastructure legislation that Democrats put forward last year makes no mention of nuclear.