Impeachment at Bottom of Voters’ Priorities for New Congress 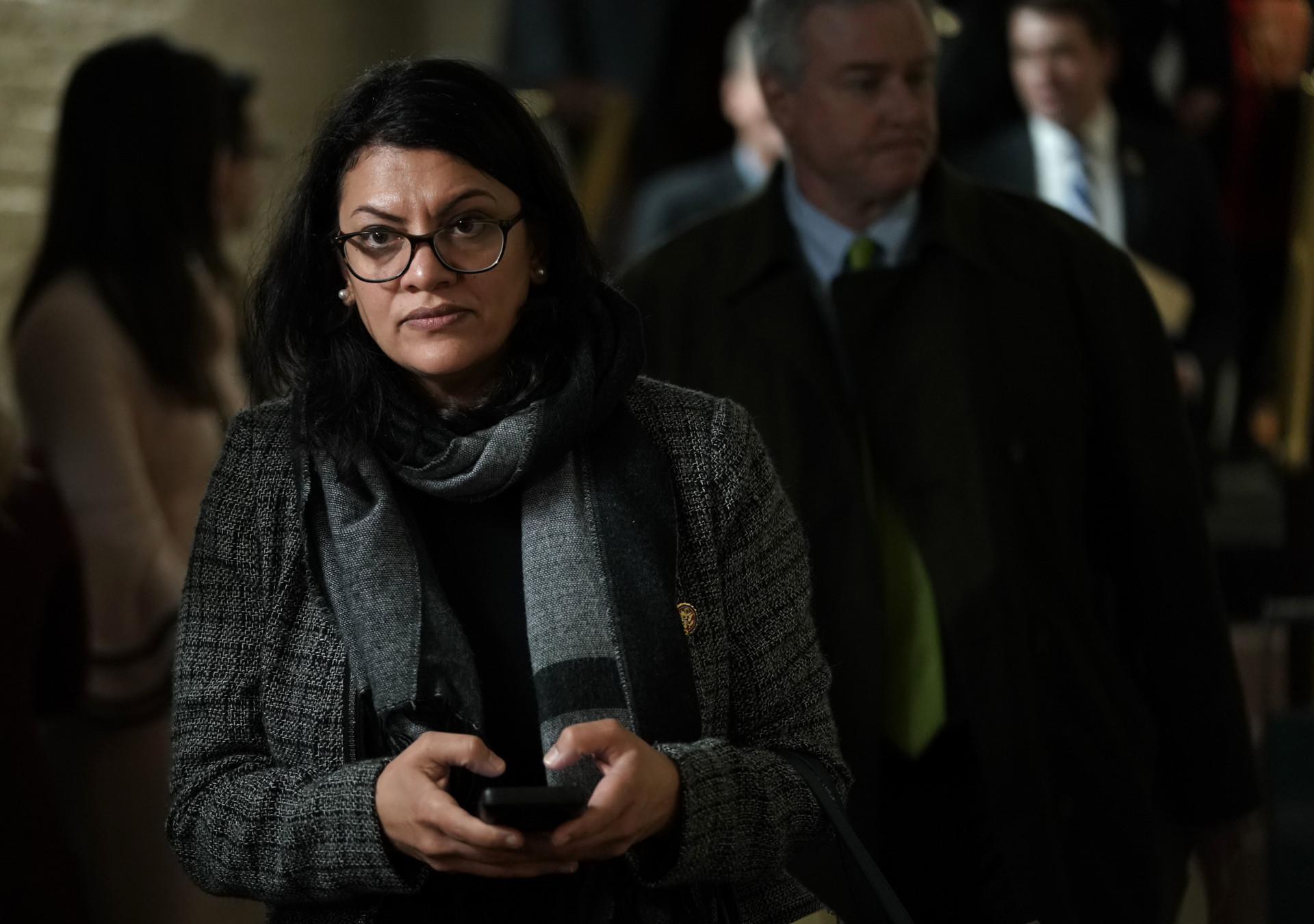 Throughout Donald Trump’s presidency, Democratic leaders have tried to tamp down on efforts among their rank and file to elevate discussion of impeaching the president, but the first day of the 116th Congress illustrated it’s a tough task.

Freshman Rep. Rashida Tlaib (D-Mich.) made headlines that persisted for days after touting her desire to “impeach the motherf—er” in the White House during a Jan. 3 speech to liberal MoveOn.org activists. Those remarks came the same day that two other House Democrats, Brad Sherman of California and Al Green of Texas, introduced a resolution to impeach the president.

A recent Morning Consult/Politico survey — conducted Jan. 4-6 among 1,989 registered voters — underscores why the likes of House Speaker Nancy Pelosi (D-Calif.) and Senate Minority Leader Chuck Schumer (D-N.Y.) have been reticent to discuss the prospect of impeaching Trump: Just 23 percent of voters said beginning impeachment proceedings to remove Trump from office should be a top priority — the lowest on the list of priority topics tested.

While impeaching Trump ranks last on the list of priorities for voters overall, the survey shows there is energy for it among the Democratic base, with the party’s voters putting it on nearly equal footing at the top with legislation to reform the health care system, impose stricter measures on guns and address climate change. 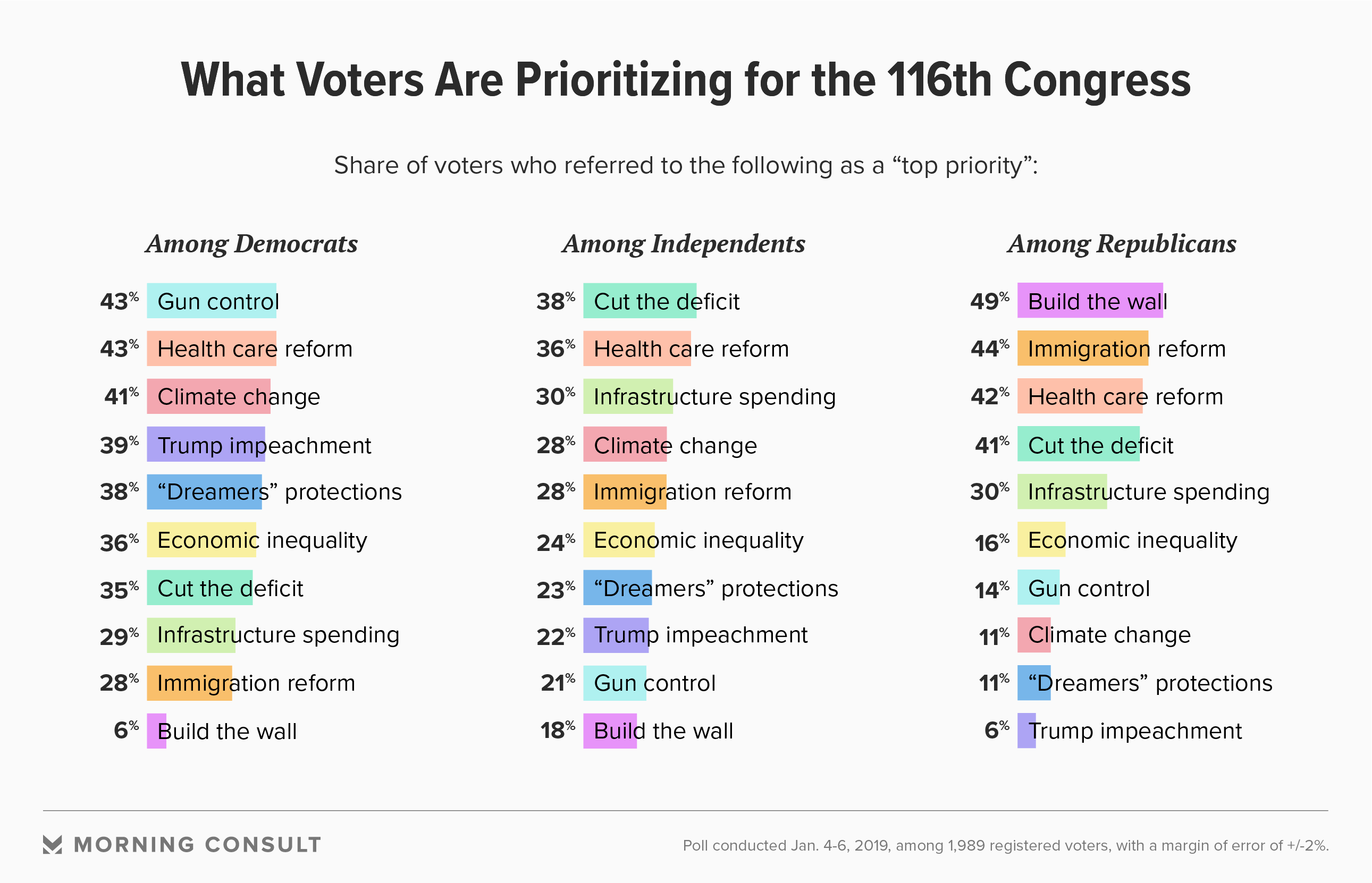 And while Democrats’ enthusiasm for impeaching the president isn’t matched by the general public, the top priority for Republicans is just about as alienating with the national electorate.

Building Trump’s border wall, the issue that triggered a partial government shutdown that broke a historic record for length, was a top priority for 24 percent of all voters, near the bottom of the list. The border wall ranked lowest on the priority list for both Democrats, 6 percent of whom called it a top priority, and independents (18 percent). Forty-nine percent of Republicans call the wall a top priority, up 6 points from when Morning Consult asked voters in the middle of December.

More broadly, immigration issues generally tended to be the most polarizing for partisans.

Forty-four percent of Republicans also rank immigration reform as a top priority – 16 points higher than the share of Democrats who agreed. And when it came to granting so-called “Dreamers” — young people who were brought to the United States illegally when they were children, often with their parents — protection from deportation, Democrats were 27 points more likely to prioritize it than Republicans, 38 percent to 11 percent.