Most are looking to back a different candidate 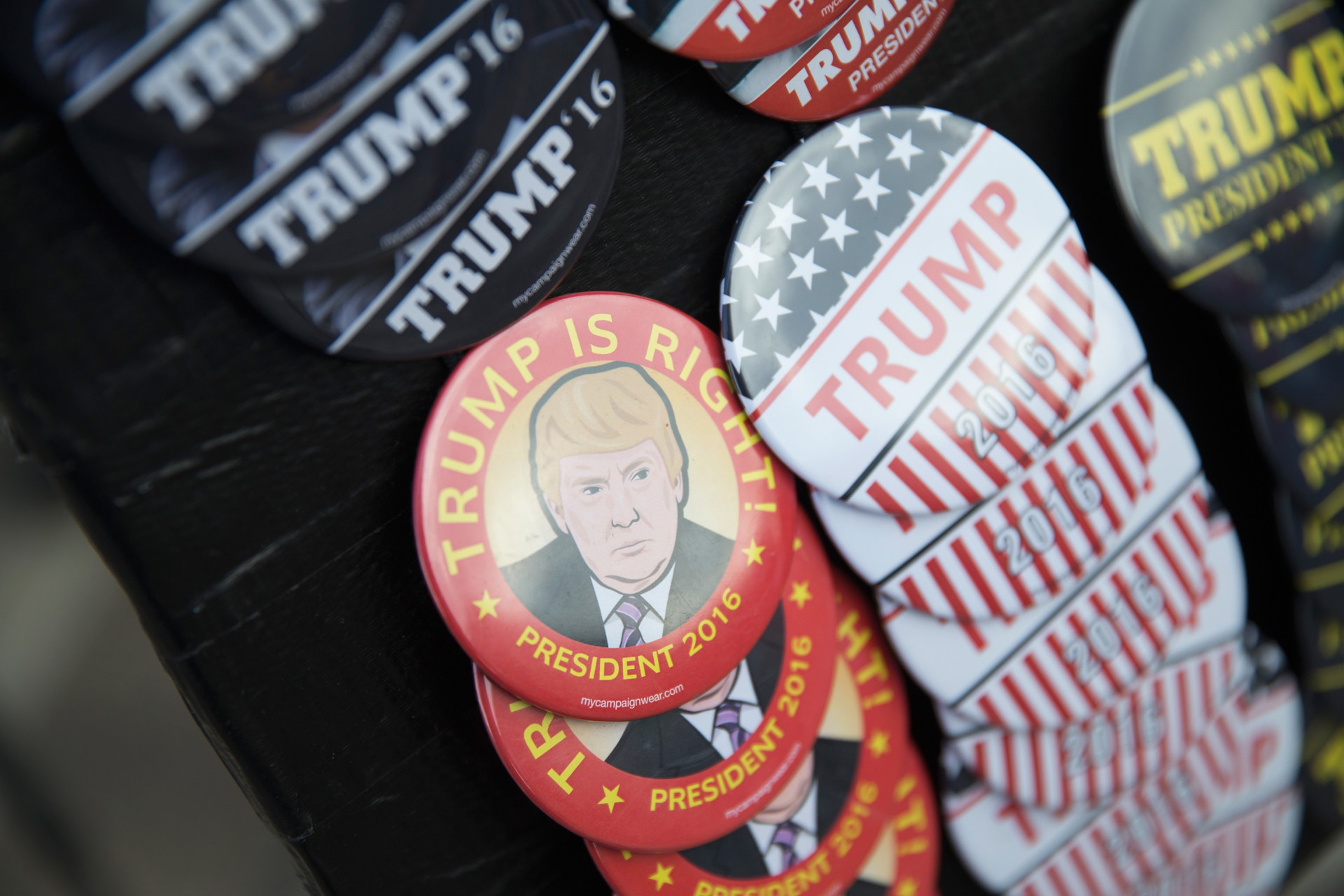 A little more than one year out from the Iowa caucuses, a new survey shows most voters are looking for a replacement for President Donald Trump.

According to the Morning Consult/Politico poll, a 47 percent plurality of registered voters said they would “definitely” vote for someone else if the 2020 presidential election were held today, along with 7 percent who said they “probably” would. Combined, the two make up a majority of voters who are looking for an alternative to Trump as Democratic candidates begin to line up for their party’s nod to challenge the unpopular incumbent at the halfway point in Trump’s term. 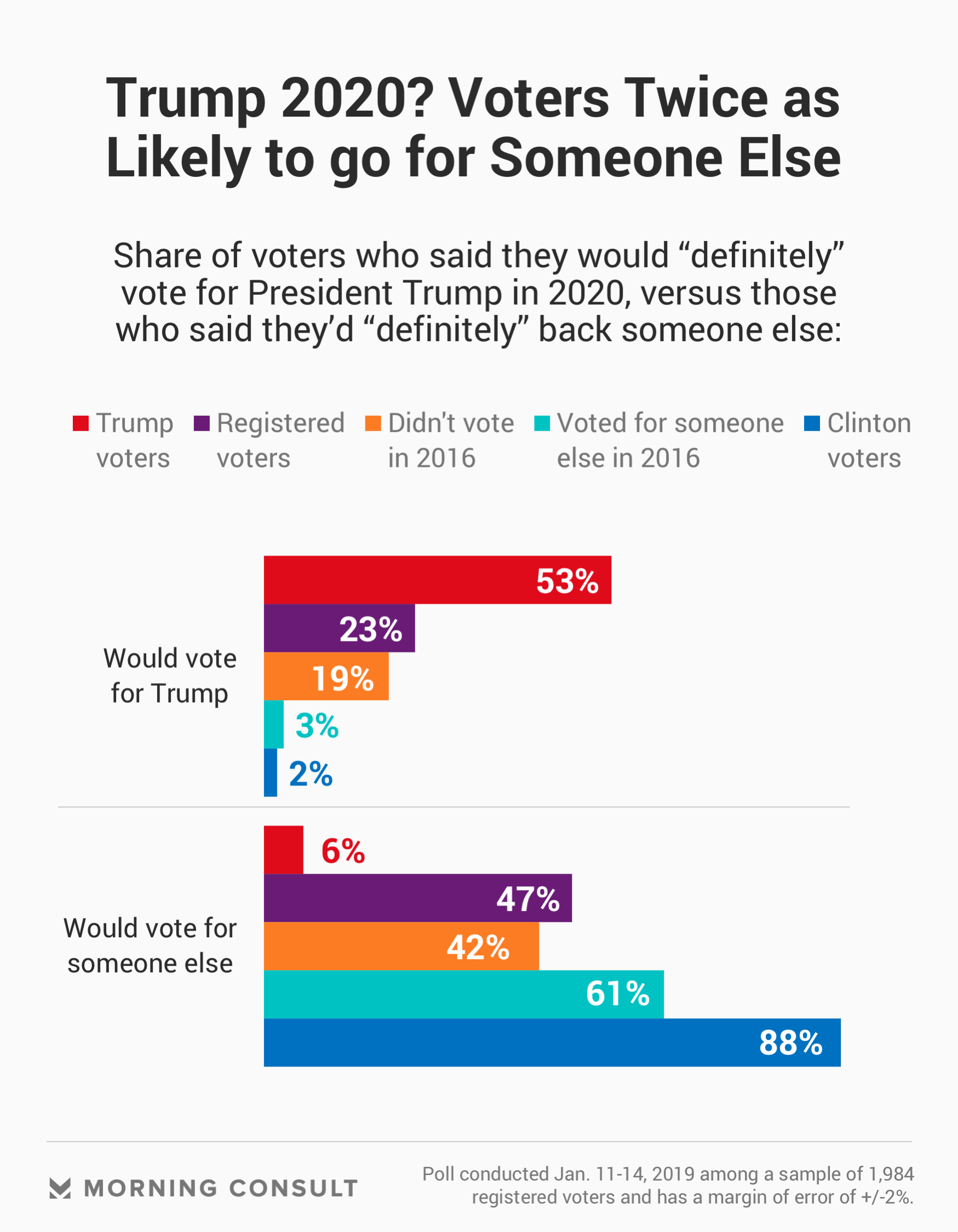 The survey, conducted Jan. 11-14, found the president’s core support currently at 23 percent. That’s the share of voters who said they’d definitely vote to keep him in office for another term. Twelve percent said they’d probably vote to re-elect the president.

The majority of Republicans (54 percent) – including most of those who voted for Trump in 2016, Republican candidates in the midterms and half of those who picked Republican presidential nominee Mitt Romney in 2012 – are still solidly behind the president.

To be sure, Trump has emerged victorious before when his ceiling with voters appeared even lower. In August 2016, Morning Consult asked a slightly different question about voting intentions: Instead of allowing respondents to say they would “probably” vote for Trump, voters could respond by saying they would “consider” voting for him.

The poll comes as voter optimism about the country’s direction during the Trump presidency has neared a record low amid the partial government shutdown over Trump’s proposed U.S.-Mexico border wall. In the two polls conducted so far this month, 37 percent said the country is headed in the right direction, compared with 63 percent who said it’s gotten off on the wrong track, marking the third-worst monthly average since Trump took office two years ago.