No Deal on Brexit? Half of U.K. Adults Say That’s Going to Hurt 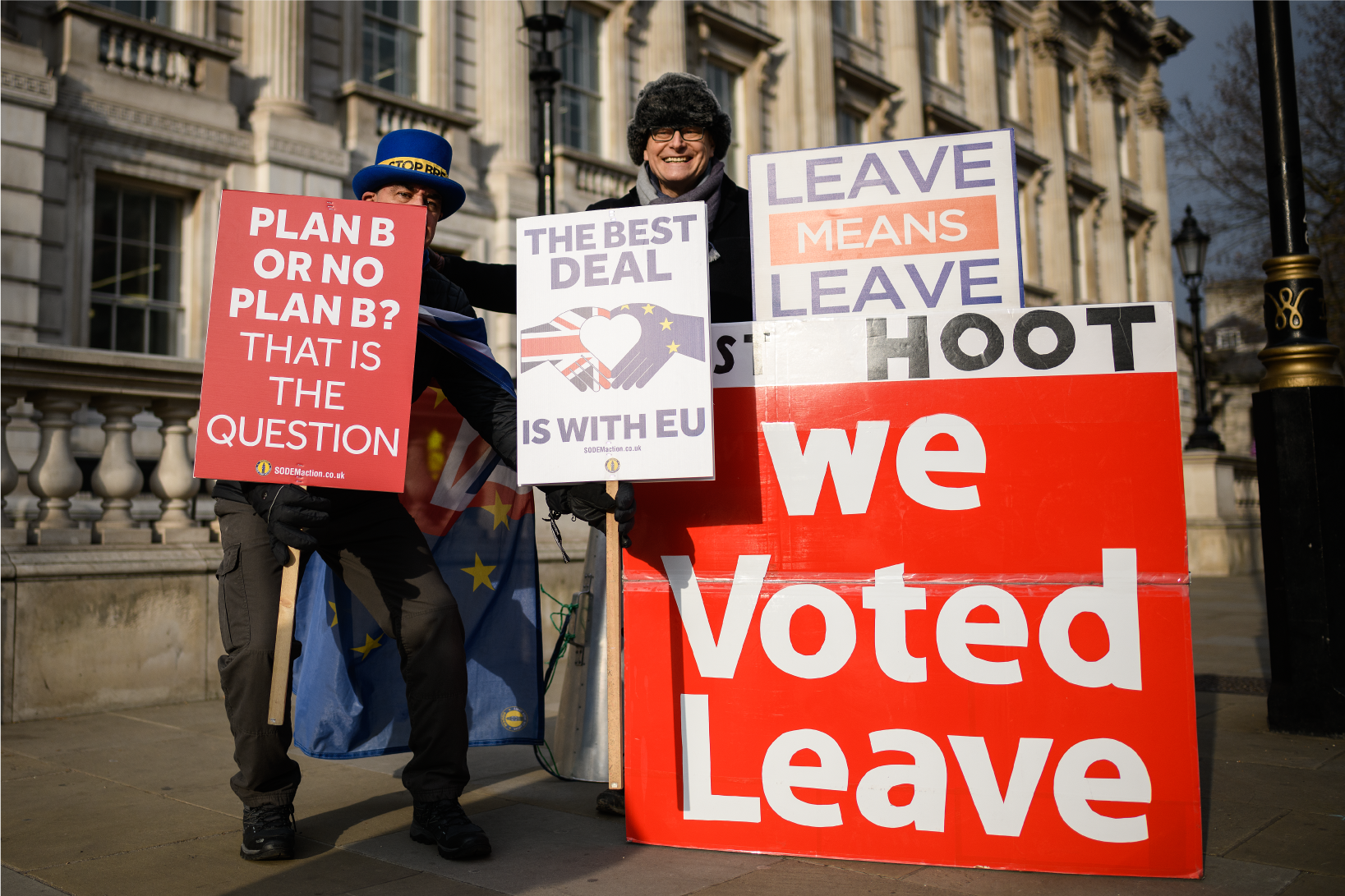 Supporters and opponents of Brexit in London on Jan. 21. A new Morning Consult survey shows that 50 percent of British adults believe that a “no-deal” Brexit will be harmful to domestic consumers. (Photo by Leon Neal/Getty Images)
By Claire Williams

While British politicians prepare to butt heads once again on how to leave the European Union, half of adults in the U.K. agree on one thing: A “no-deal” Brexit would deal a blow to their wallets.

According to a new Morning Consult survey of 2,152 adults in Britain, 50 percent said that leaving the bloc without an agreement would hurt consumers at home, while 16 percent said it would help.

Seventeen percent said it would neither help nor hurt, and another 17 percent said they did not know or had no opinion. (The margin of error of the survey, conducted Jan. 23-24, is 2 percentage points.) 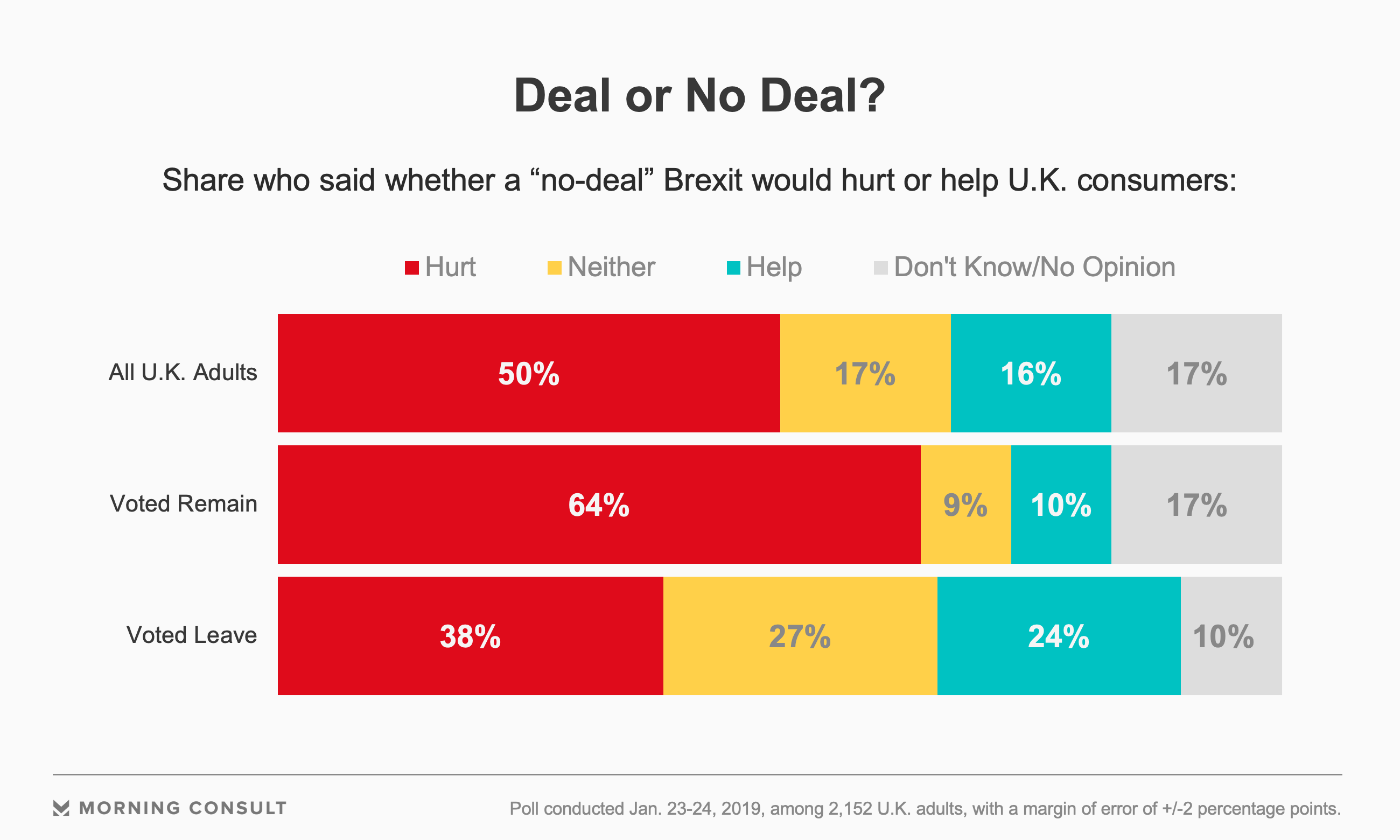 Britain is quickly approaching the March 29 deadline for leaving the European Union, but the British Parliament rejected Prime Minister Theresa May’s Brexit deal on Jan. 15, leaving the country no clear path forward. If Britain and the European Union can’t reach a deal, the United Kingdom would have to leave the bloc without a contingency plan. Britain’s Parliament will meet on Tuesday to consider amendments related to Brexit, including one that would force Parliament to allow time to pass a bill to avoid a no-deal Brexit.

A “no-deal” Brexit would be a “catastrophe” for the banking industry and the economy, said Stephen Jones, the head of banking and finance trade group U.K. Finance. The Bank of England has warned that the country’s gross domestic product could fall as much as 8 percent in a year and that the British economy could slide into the worst recession since the end of World War II in the event of a “disorderly” Brexit, in which Britain loses the trade deals it currently enjoys with non-E.U. countries through its E.U. membership.

Among those who voted to remain in the European Union, 64 percent said a “no-deal” Brexit would hurt British consumers, while 10 percent said it would help. 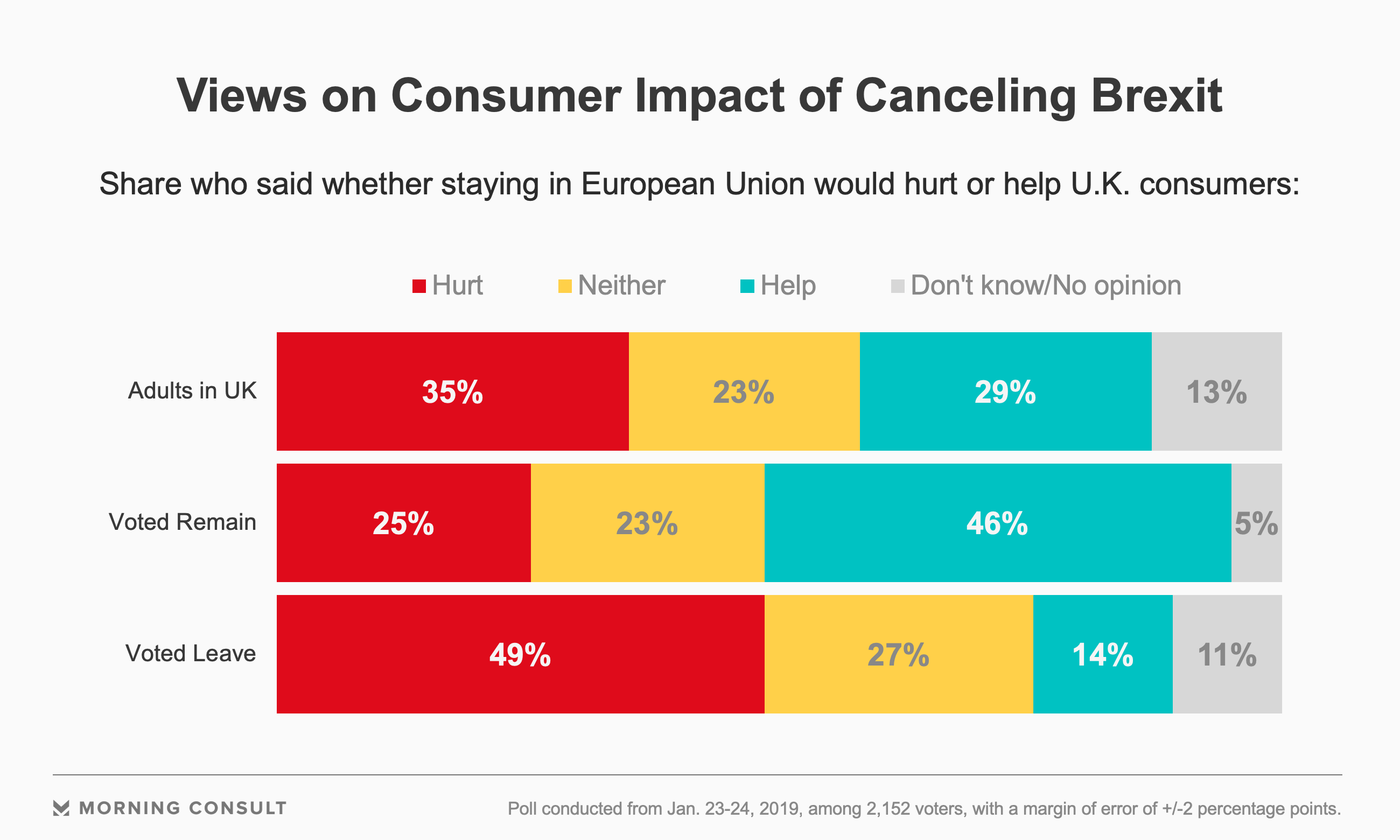 The debate over the path to Brexit has roiled British politics and imperiled support for May, who has survived two votes of no confidence. Queen Elizabeth II delivered a speech Thursday that called for “coming together to seek out the common ground.”

In many ways, the intensity of Britain’s rancorous political debate mirrors the strife seen in Washington, especially in the recent partial government shutdown over funding for President Donald Trump’s proposed border wall. But when American and British adults were asked whether their domestic political situation was more chaotic than that of their counterparts across the pond, people were more likely to see more disarray in their home country. 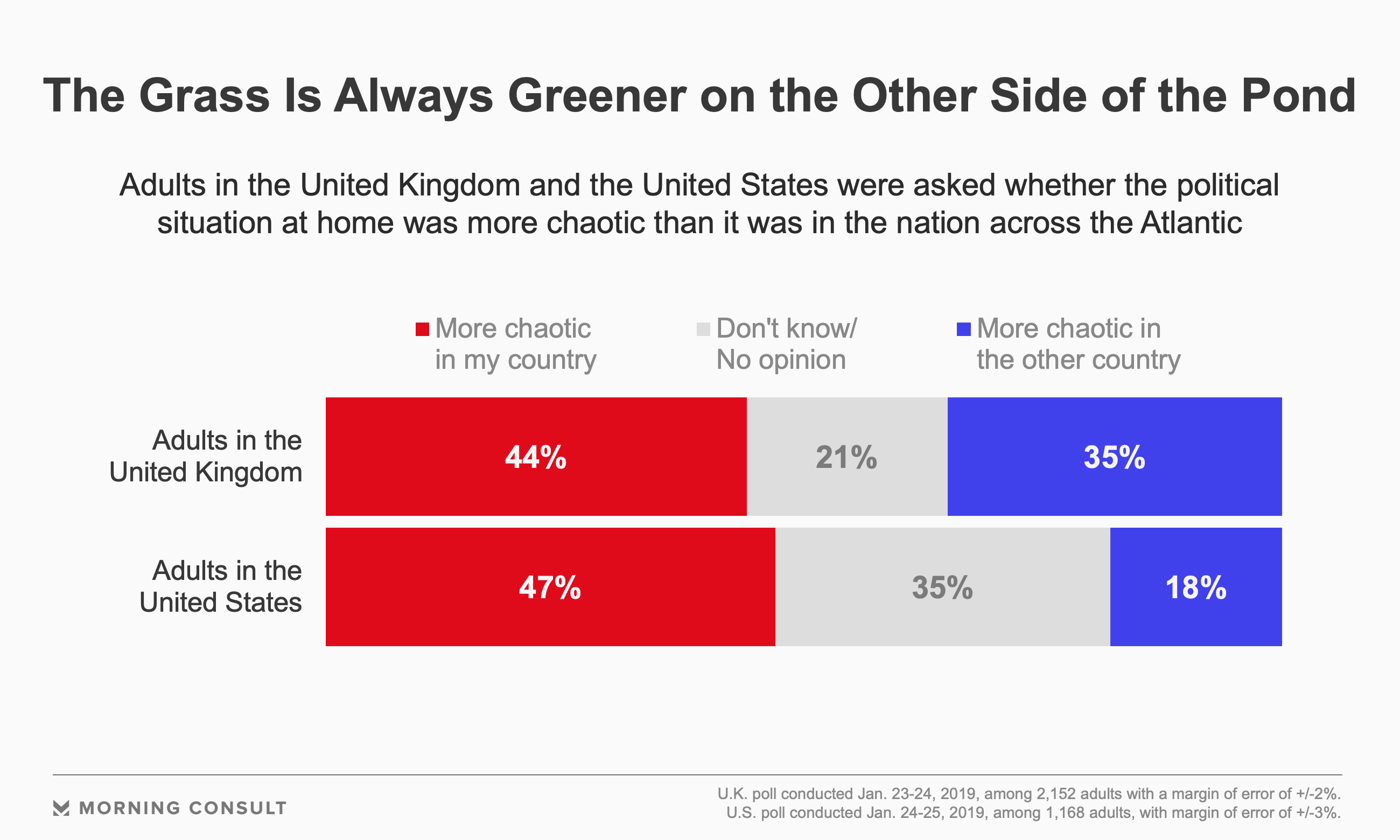 A 44 percent plurality of British adults said their domestic politics were more chaotic, while a plurality of 47 percent of adults in the United States said the same about their own country in a separate survey. That poll of 1,168 U.S. adults, conducted Jan. 24-25, has a margin of error of 3 percentage points.