Office of National Drug Control Policy has 2 weeks to give GAO requested documents on operations in 2017, 2018 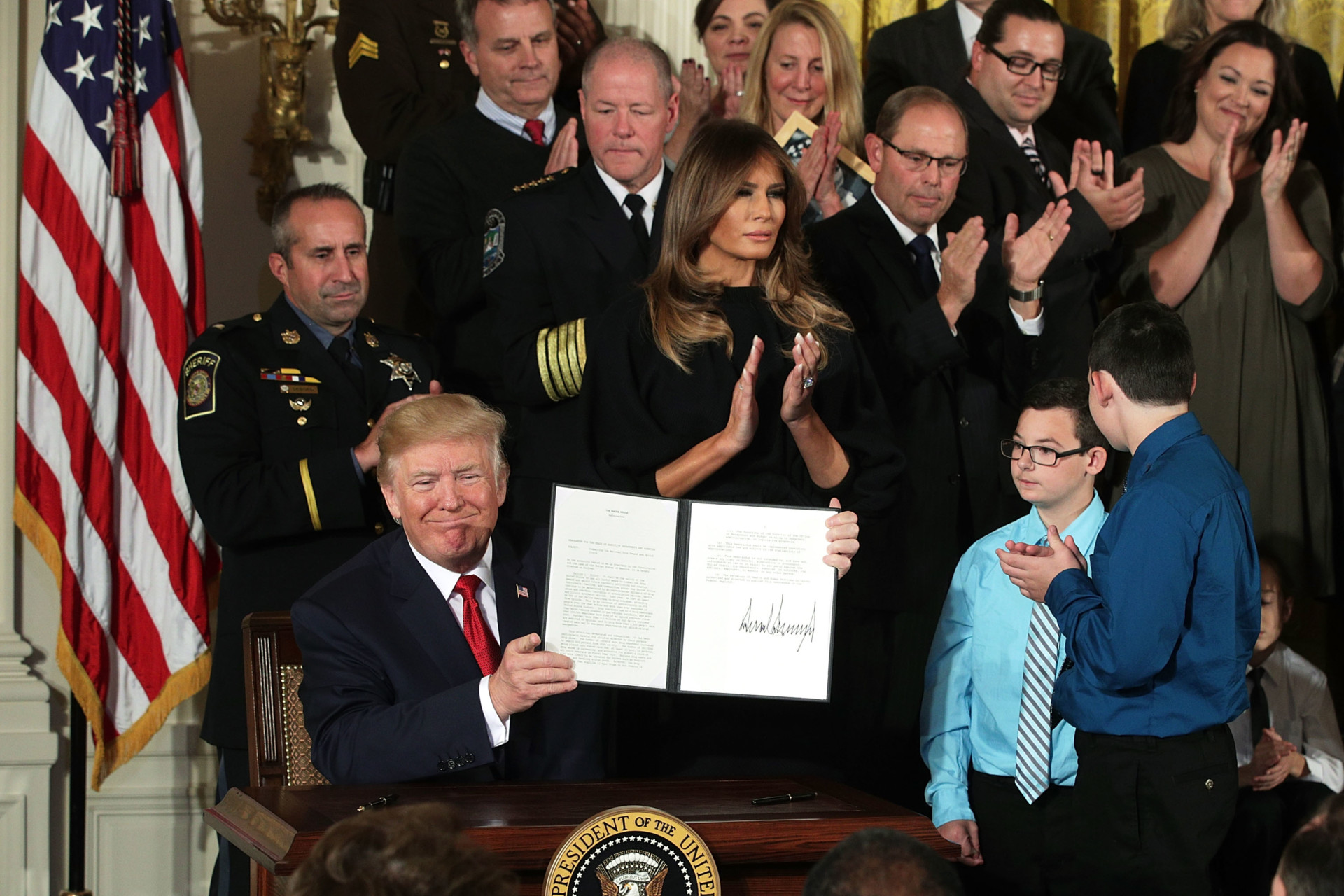 President Donald Trump displays a presidential memorandum he signed Oct. 26, 2017, to authorize the Department of Health and Human Services to declare a nationwide public health emergency in an effort to reduce the number of opioid overdose deaths across the nation. (Photo by Alex Wong/Getty Images)
By Yusra Murad

House Oversight Committee Chairman Elijah Cummings (D-Md.) is giving the White House’s Office of National Drug Control Policy 60 days to provide an updated National Drug Control Strategy that is compliant with the law, a committee aide said Thursday, after top officials from the Government Accountability Office told lawmakers that the current strategy falls short of standards established in the statute.

The office has come under fire for failing to release a strategy until January, two years into the Trump administration and more than a year after President Donald Trump declared widespread abuse of opioid painkillers a public health emergency in October 2017.

During her testimony at a House Oversight Committee hearing Thursday, Triana McNeil, acting director of strategic issues at GAO, said the 23-page strategy does not meet the reporting requirements mandated by law and is lacking in four significant areas: measurable, specific objectives; a comprehensive performance-measurement system; assessments of illegal drug availability and the current state of drug treatment; and five-year projections on budget and program priorities.

Cummings is also giving the agency a two-week deadline to provide the GAO with documents concerning how the agency fulfilled its responsibilities in controlling the drug crisis in 2017 and 2018, when it did not release a strategy.

James Carroll, informally known as the office’s drug czar, committed to turning over the required documents within 60 days, as was established during the hearing — but that deadline shrank to 2 weeks after the hearing adjourned.

The office did not immediately respond to a request for comment after business hours.

The strategy is intended to establish benchmarks for the White House to evaluate the $30 billion allocated annually to National Drug Control Program agencies. McNeil said the White House has not shared documents sufficiently explaining how it was able to certify budgets in fiscal years 2017 and 2018 without a strategy.

The documents offered so far fail to provide adequate information about how the office formulated the strategy eventually issued in January, McNeil said, such as the stakeholders involved in its development.

Rep. Mark DeSaulnier (D-Calif.) warned Carroll that if his office did not abide by the deadline, “expect us to be very critical of your competence in doing this job.”

The hearing also raised questions about whether Trump’s declaration of the opioid epidemic as a national emergency spurred any meaningful change.

Carroll said that the intention of the declaration was to raise awareness of the situation, but that there “wasn’t really much money” involved. The administration transferred “very little” money from other agencies to address the opioid emergency and fund treatment and prevention initiatives, he said, without providing a number.

Rep. Alexandria Ocasio-Cortez (D-N.Y.) suggested that “almost no money” was redirected by the administration in the wake of the emergency, and Mary Denigan-Macauley​, an acting director at GAO, reiterated that no additional funding was made available to expand treatment for individuals who had overdosed or to provide services for people in recovery.

Ocasio-Cortez also pointed to the current balance of $57,000 in the public health emergency fund, which Denigan-Macauley​ confirmed had not been used to address the drug crisis. She also called on Congress, which has the authority to allocate money for that fund, to take some personal responsibility for that low balance.

The committee plans to hold another hearing centered on the White House’s drug strategy during the week of May 6.

“This is not necessarily a dispute between you and GAO,” Cummings said. “This is you and the law.”