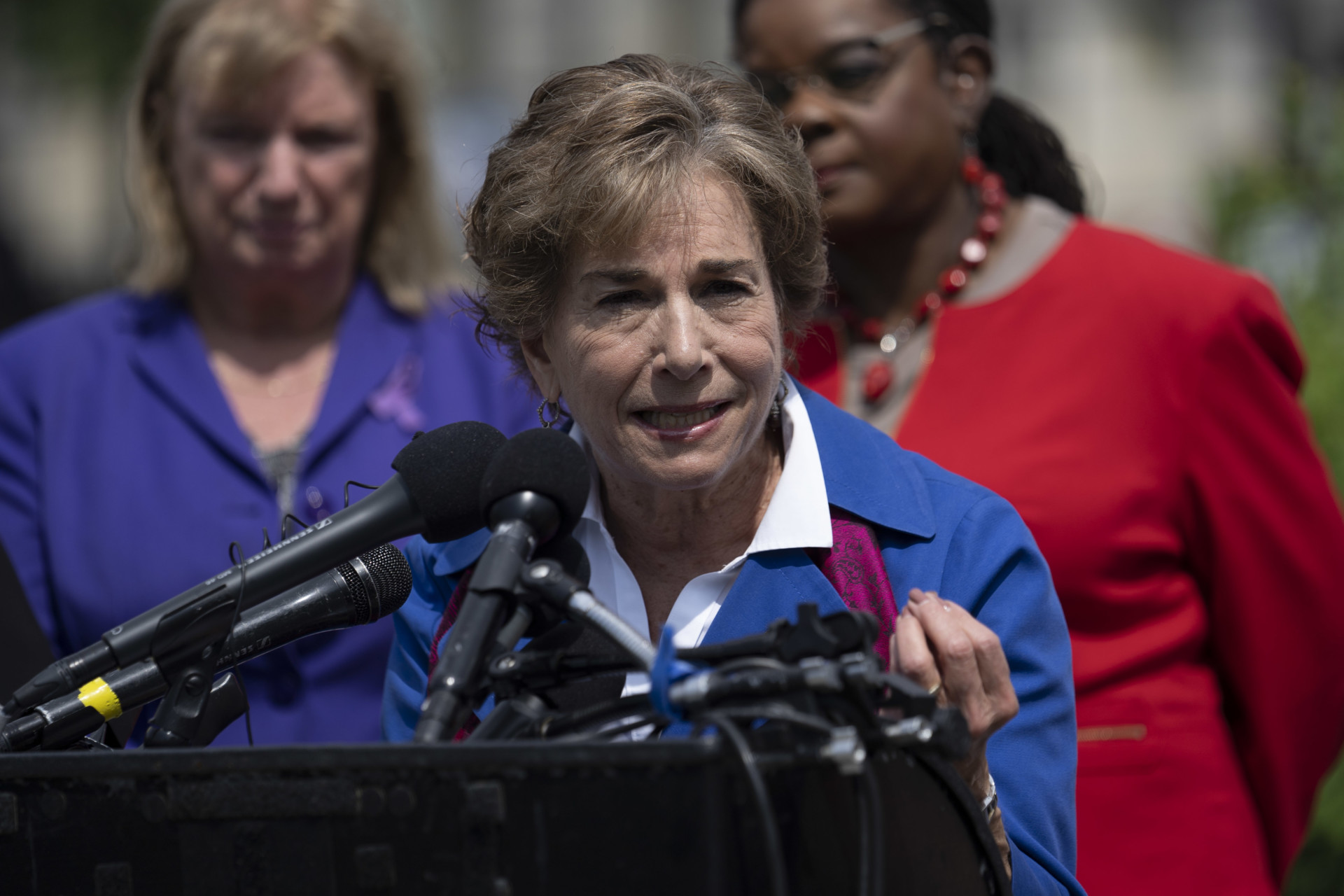 Rep. Jan Schakowsky (D-Ill.) at a news conference on June 13, 2018 in Washington. The lawmaker told Morning Consult that Congress should not try to "undermine existing state laws that protect consumer privacy” when crafting a data privacy bill. (Photo by Toya Sarno Jordan/Getty Images)
By Sam Sabin

When the Senate introduces its draft data privacy bill, which will reportedly suggest overriding similar state laws, in a few weeks, it will not likely be picked up by the House, a Democratic House aide said Thursday, as Democratic leaders are expected to want to draft their own bill.

Leading lawmakers in the House Energy and Commerce Committee, including Rep. Jan Schakowsky (D-Ill.), who heads the consumer protection subcommittee, and Chairman Frank Pallone Jr. (D-N.J.), will want a chance to write a House version of the data privacy bill, the aide said.

Schakowsky is unlikely to develop the bill in partnership with other members’ offices, the aide said; instead, her office is probably going to write the bill, then show it to Democrats in the subcommittee and then their Republican counterparts.

One source of tension in developing federal data privacy legislation appears to be whether or not pre-emption, which would override laws such as the California Consumer Privacy Act that passed in June and will go into effect in January 2020, should be in a national bill. Several states have introduced their own data privacy measures.

Sen. Roger Wicker (R-Miss.), chairman of the Senate Commerce Committee, said during a hearing on data privacy last week that the country needs a “strong, national privacy law that provides baseline data protections” and is enforced by the Federal Trade Commission.

The Senate Commerce Committee, which has a bipartisan working group currently drafting a privacy bill expected to be released in the next few weeks, is expected to include broad pre-emption of state law in its measure, according to a March 5 Financial Times report, which cited people briefed on the plans. A committee spokesman declined to comment for this story.

The aide said that if the Senate were to pass a bill that includes broad language on overriding state laws, the House was likely to instead pass a measure written by Schakowsky.

Schakowsky said by email that she is ready to work with House Republican colleagues to “craft comprehensive data privacy and security legislation” and that it is “wrong” to talk about pre-emption before legislation is even drafted.

“The last thing Congress should do is undermine existing state laws that protect consumer privacy,” she said.

Kyle Morse, a spokesperson for Rep. Lisa Blunt Rochester (D-Del.), who is a member of the subcommittee, said it’s too early in the process to know where every House member sits on the pre-emption issue and whether they would be open to negotiating — his office included.

Following the House consumer protection subcommittee hearing last week, Will Rinehart, director of technology and innovation policy at the American Action Forum, said it makes sense that House Democrats aren’t willing to push the issue of pre-emption given their strong California and Illinois contingents, with each state either implementing or discussing their own state-led privacy legislation.

“Understandably, there’s a bit of pride in the fact that California has been able to pass legislation and the federal government hasn’t,” Rinehart said. “These are their constituents, and there is this national reflection of the state-based policy on the federal level.”