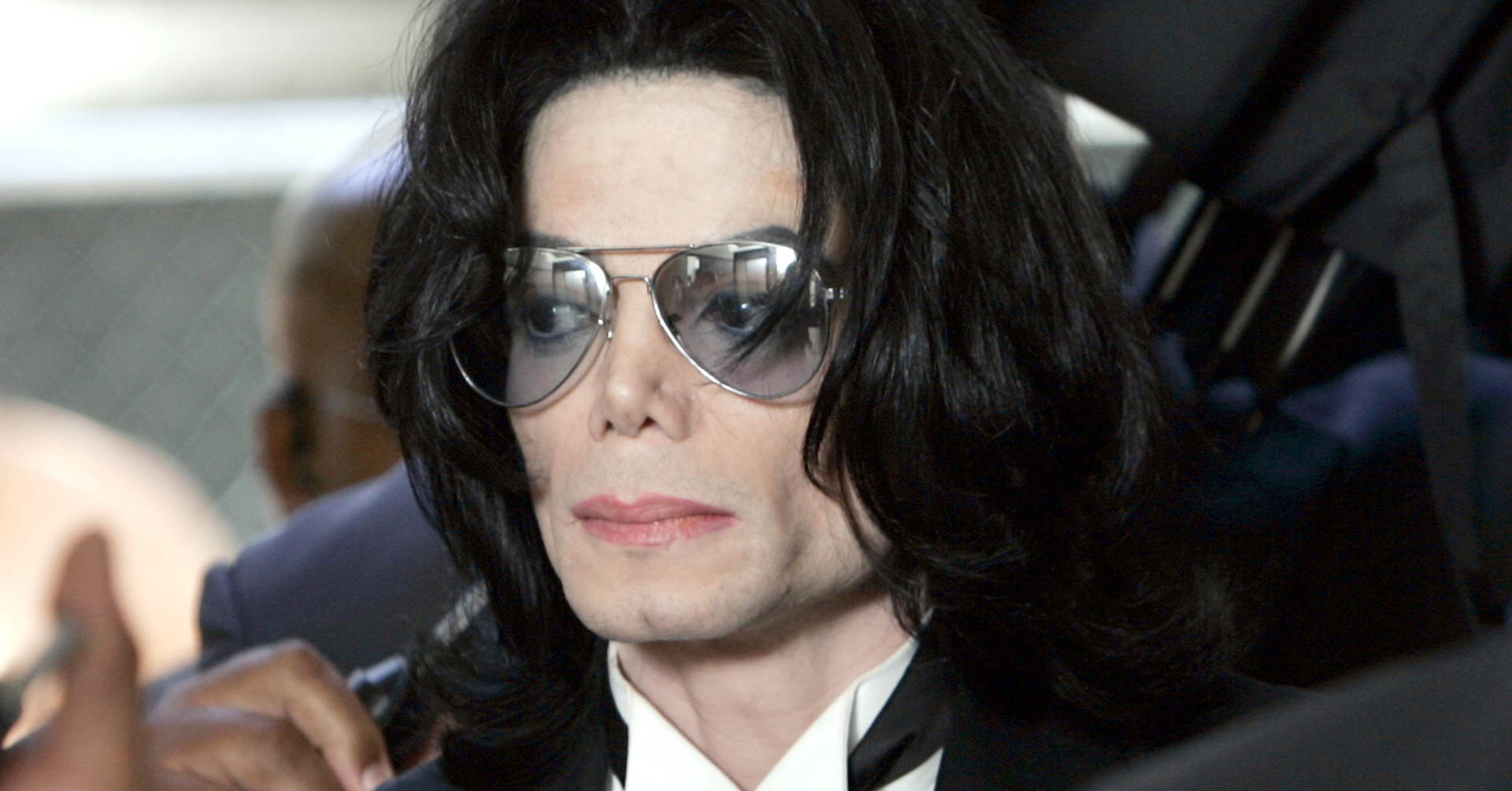 Michael Jackson prepares to enter the Santa Barbara County Superior Court to hear the verdict read in his child molestation case June 13, 2005 in Santa Maria, Calif., in which he was acquitted on all counts. Fifty-four percent of U.S. adults in a recent Morning Consult/The Hollywood Reporter poll haven't stopped listening to his music following child molestation allegations. (Photo by Kevork Djansezian-Pool/Getty Images)
By Sarah Shevenock

In recent weeks, the music industry has been dealing with a series of public allegations of sexual abuse and misconduct — some including minors — against artists such as R. Kelly, Ryan Adams and the late Michael Jackson. New polling finds that the public is more likely to feel it should not stop listening to the respective artist’s music rather than boycott it in the wake of these allegations.

Twenty-four percent of adults said that after the release of the HBO documentary “Leaving Neverland,” they had a favorable opinion of Jackson, compared to 55 percent who said they had an unfavorable view of him. The documentary detailed allegations that Jackson sexually abused two men, Wade Robson and James Safechuck, when they were minors.

Ahead of the release of the documentary, attorney Howard Weitzman, who represents Jackson’s estate, said in a letter to HBO Chief Executive Richard Plepler that the estate was never contacted and that “any halfway skilled filmmaker could make a ‘documentary’ telling any outrageous story about a dead man if they can just find two people willing to tell that story and then not challenge those two at all.”

The March 6-8 poll also found that after watching a video of Kelly’s interview with Gayle King on CBS following Kelly’s indictment on 10 counts of aggravated criminal sexual abuse involving four alleged victims — three of whom were reportedly minors at the time — 14 percent had a favorable opinion of Kelly.

Kelly, who has pleaded not guilty to the charges, denied the allegations that he sexually and physically abused women, saying in the interview that he had “absolutely not” broken any laws regarding women and telling King: “I didn’t do this stuff. This is not me.”

Representatives for R. Kelly and the Jackson estate did not immediately respond to requests for comment. 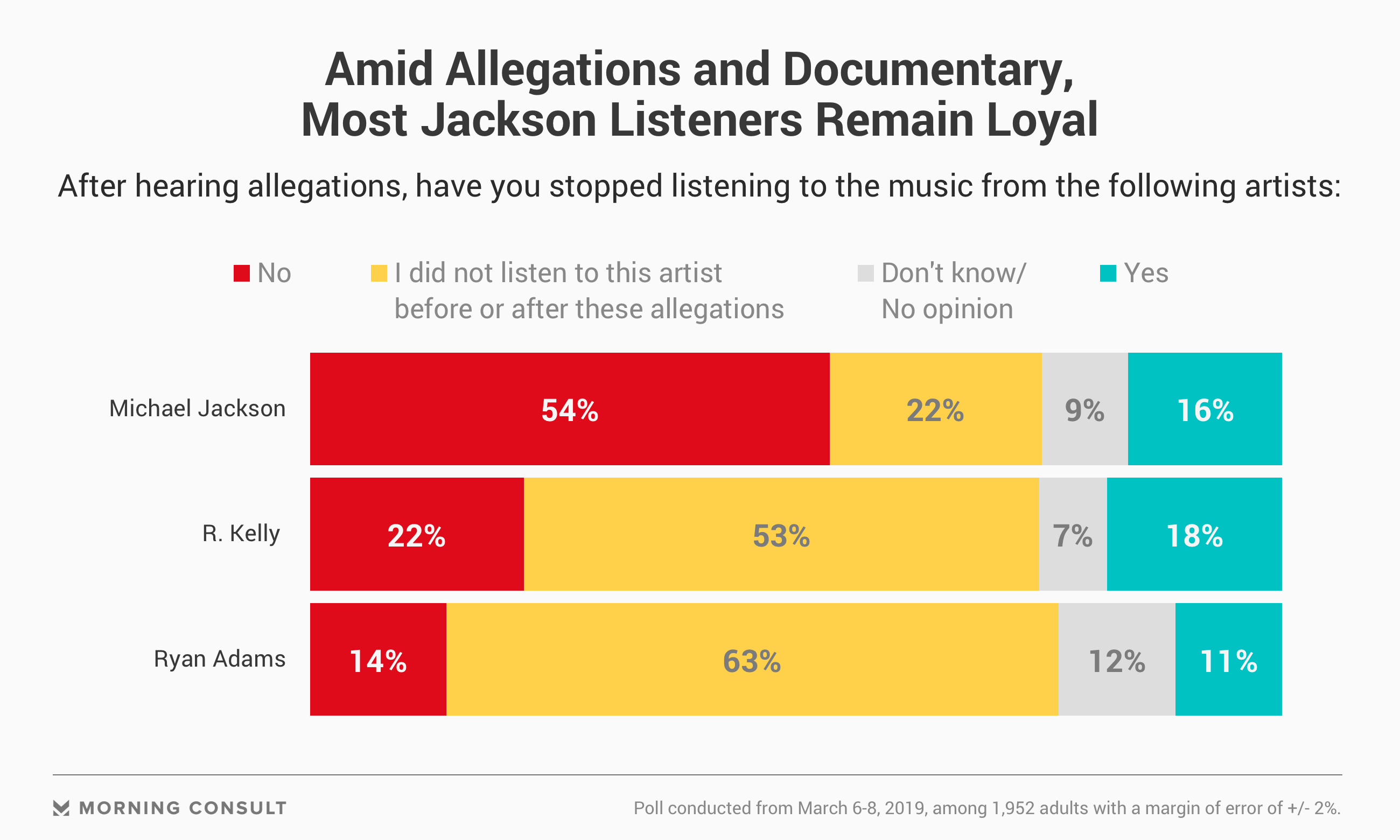 Adams was the subject of a New York Times article last month alleging that the singer offered career opportunities while pursuing several artists for sex and engaged in sexually explicit communications with a minor. Adams denied the allegations, tweeting that “I would never have inappropriate interactions with someone I thought was underage” and calling the picture painted by the article “upsettingly inaccurate.”

A representative for Adams did not immediately respond to a request for comment.