Most Voters Still Believe Russia Has Compromising Information on Trump 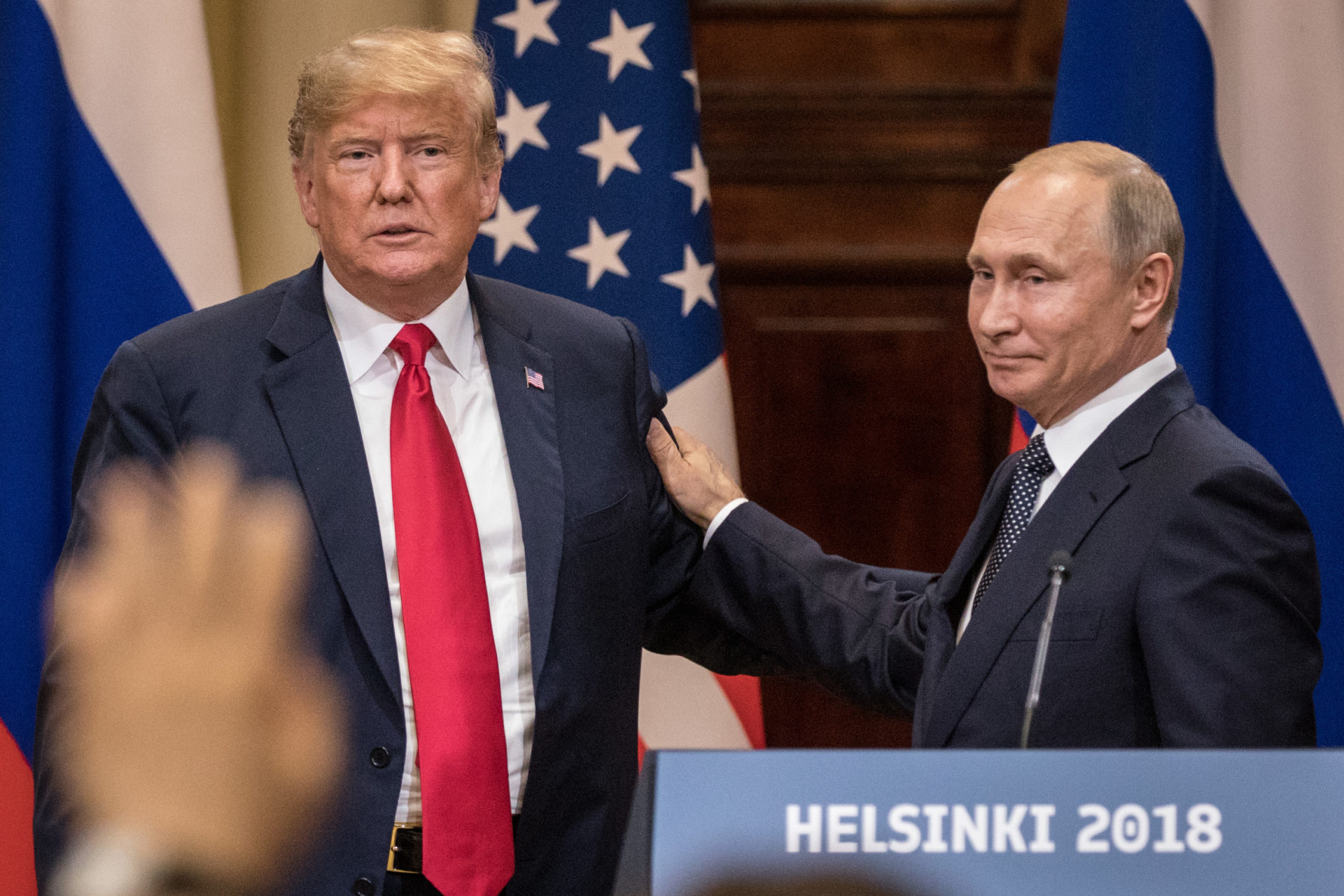 President Donald Trump and Russian President Vladimir Putin shake hands during a joint press conference after their summit on July 16, 2018, in Helsinki, Finland. Fifty-one percent of registered voters in a new survey said they think it’s likely that Russia has compromising information on Trump. (Photo by Chris McGrath/Getty Images)
By

As news about the completion of the federal probe into Russian interference of the 2016 election reaches more of the public, a new Morning Consult/Politico survey indicates Attorney General William Barr’s summary of special counsel Robert Mueller’s findings has done little to change the electorate’s perceptions about President Donald Trump and Russia.

Fifty-one percent of registered voters in the March 29-April 1 poll said they think it’s likely that Russia has compromising information on the president, while 40 percent believe Trump’s campaign worked with Russia to influence the outcome of his victory over Hillary Clinton and 46 percent believe the president has tried to impede or obstruct that investigation.

Those figures are all roughly in line with views expressed in a February survey and another conducted last week during the immediate aftermath of the March 24 release of Barr’s summary, which determined that there was not sufficient evidence “to establish that the President committed an obstruction-of-justice offense” and said Mueller found no evidence of conspiracy between the Trump campaign and Russia.

Each survey had a margin of error of 2 percentage points. 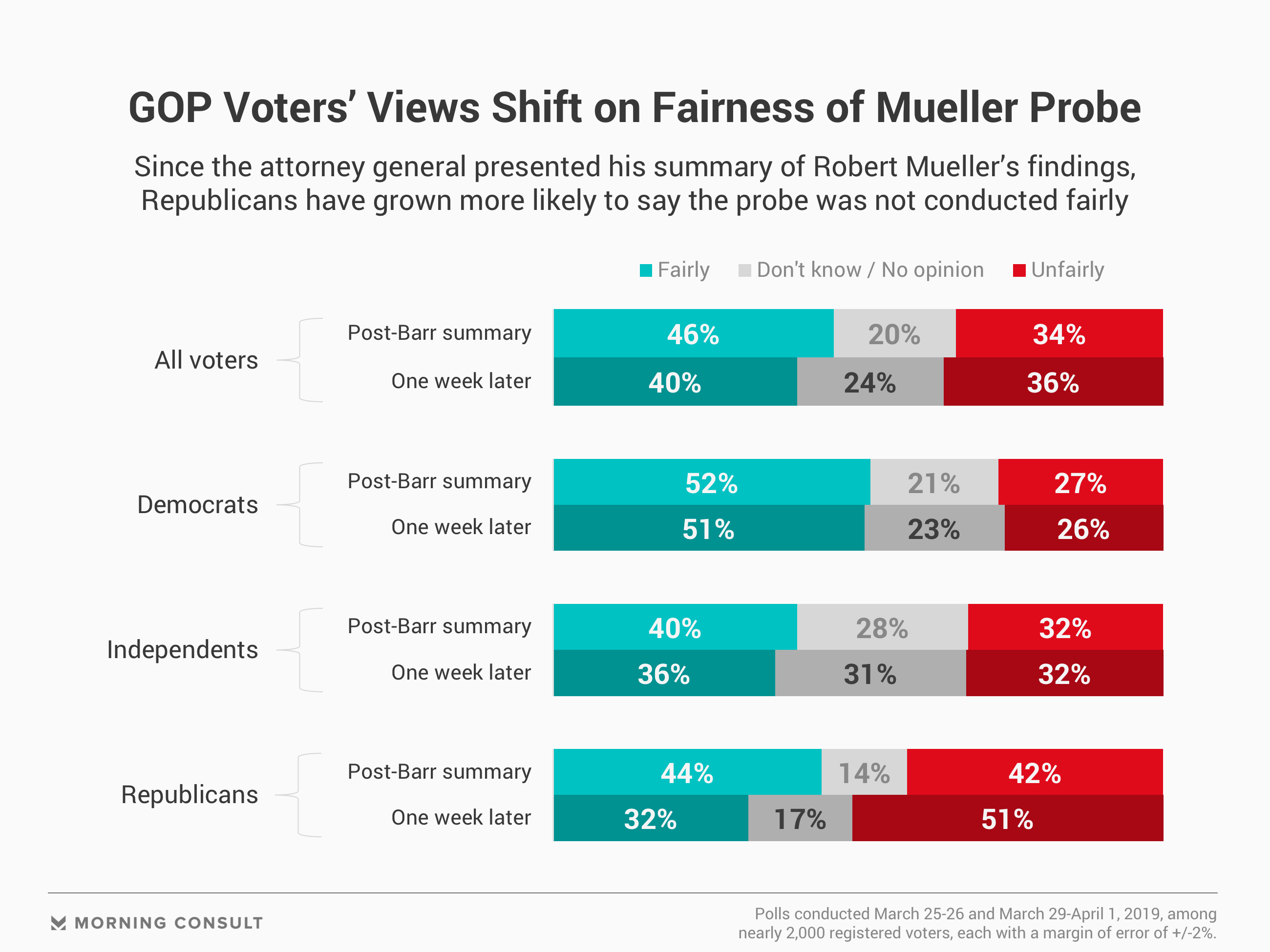 That lack of movement comes as voters have grown more likely to hear news about Mueller wrapping up his investigation. Nearly half (49 percent) of respondents in the latest national online survey said they’d heard “a lot” about Mueller submitting his report to Barr, up from 35 percent in last week’s poll. Most partisans on either side of the aisle said they’d heard a lot about it, compared with 35 percent of Democrats and 41 percent of Republicans last week.

A slim majority of that voting bloc (51 percent) said they don’t believe the investigation was conducted fairly, compared with 42 percent last week — and 32 percent now say it was a fair investigation, down 12 points from the previous poll. Perceptions of the probe’s propriety among Democrats, meanwhile, was statistically unchanged.

And while voters remain divided on perceptions of the investigation and Trump’s relationship with Russia, 81 percent still agree on one thing: The report should be made public.