Tiger Woods Bounces Back With the American Public 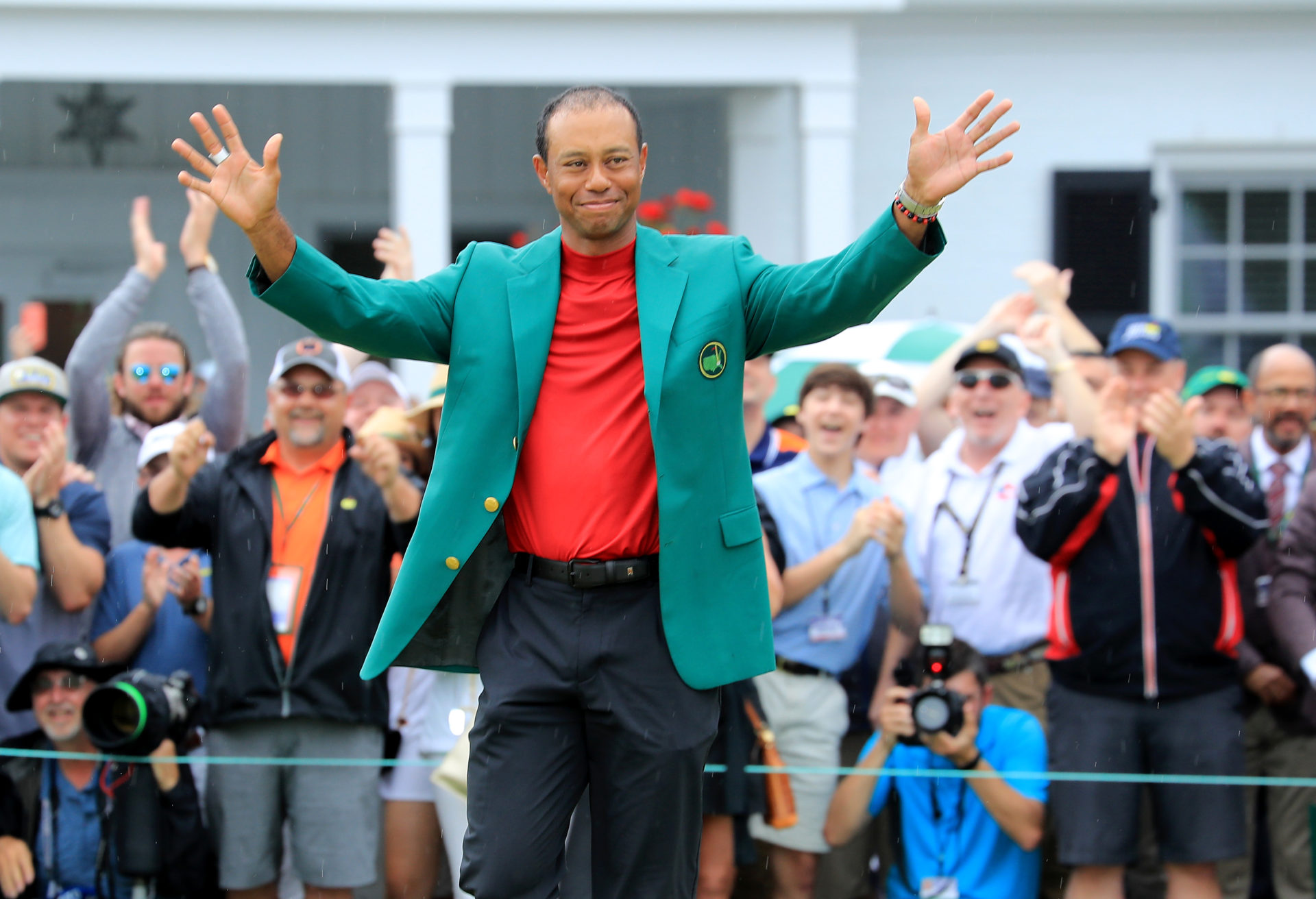 Tiger Woods waves to the patrons during the Green Jacket presentation after his latest Masters win on April 14. (David Cannon/Getty Images)
By Mark J. Burns

A year after Tiger Woods tied for 32nd in his first Masters appearance since 2015, the 43-year-old displayed flashes of old brilliance earlier this month to win his fifth Green Jacket at Augusta National en route to a $2.07 million payday.

And as the now 15-time major champion’s game has come back, so has his standing with the American public, according to a new poll from Morning Consult that gauged respondents’ favorability toward PGA.com’s latest ranking of the 15 greatest male golfers of all time. 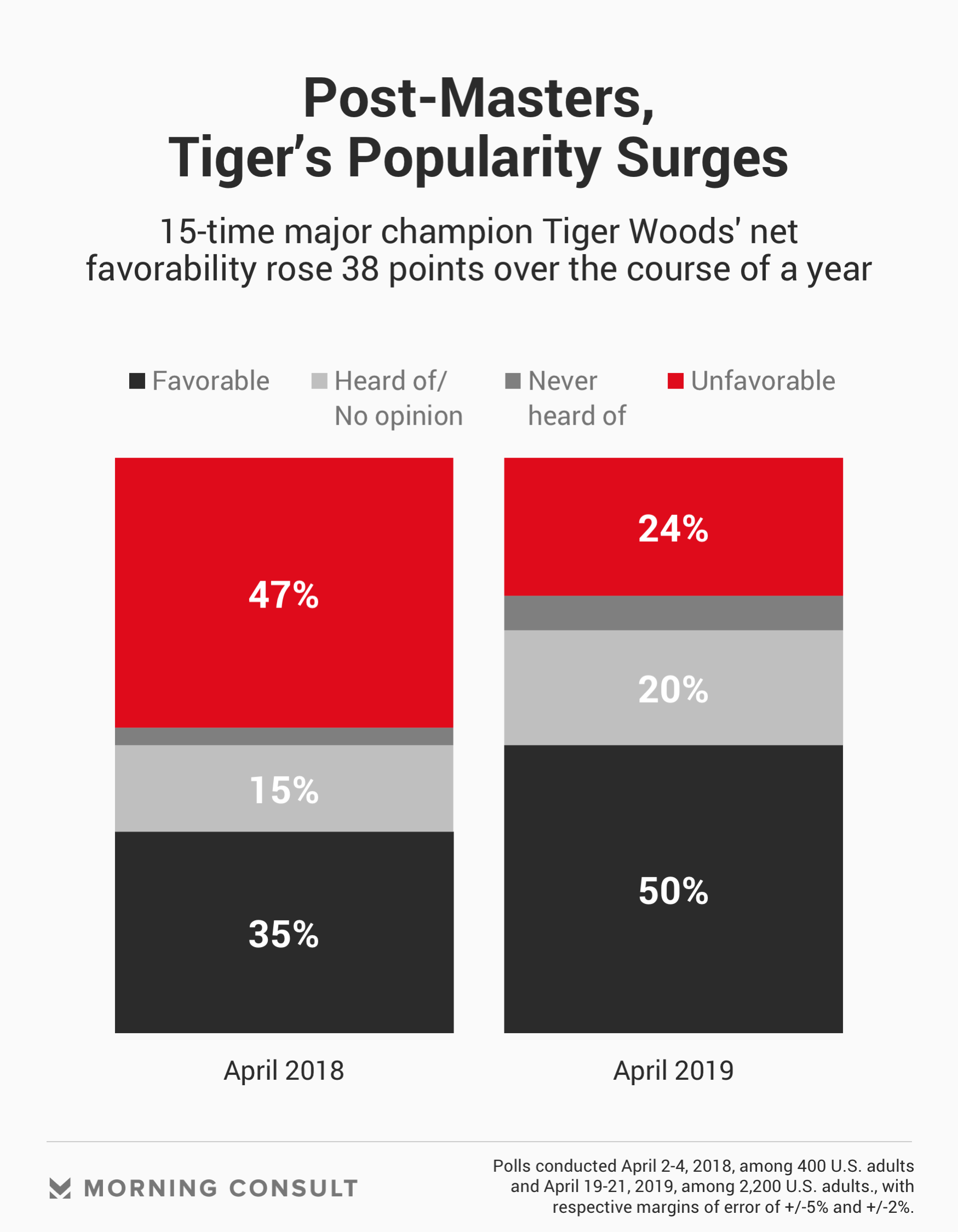 Fifty percent of respondents said they had a favorable opinion of Woods and 24 percent did not, according to the April 19-21 survey of 2,200 U.S. adults. It’s a 38-point jump in net favorability — the share of adults who view him favorably minus those who don’t — compared with a survey taken April 2-4, 2018, when 47 percent had an unfavorable view and 35 percent viewed him favorably.

Despite the improvement, Woods — who has an estimated net worth of $800 million according to Forbes — still ranked fourth out of 15 in net favorability in the recent Morning Consult survey. Arnold Palmer, who died in September 2016 at age 87, led the field with a 50-point net favorability. He was followed by 79-year-old Jack Nicklaus, the PGA Tour’s all-time leader in major wins (18) and Phil Mickelson, who in late November won $9 million when he defeated Woods in the first-ever pay-per-view golf contest. 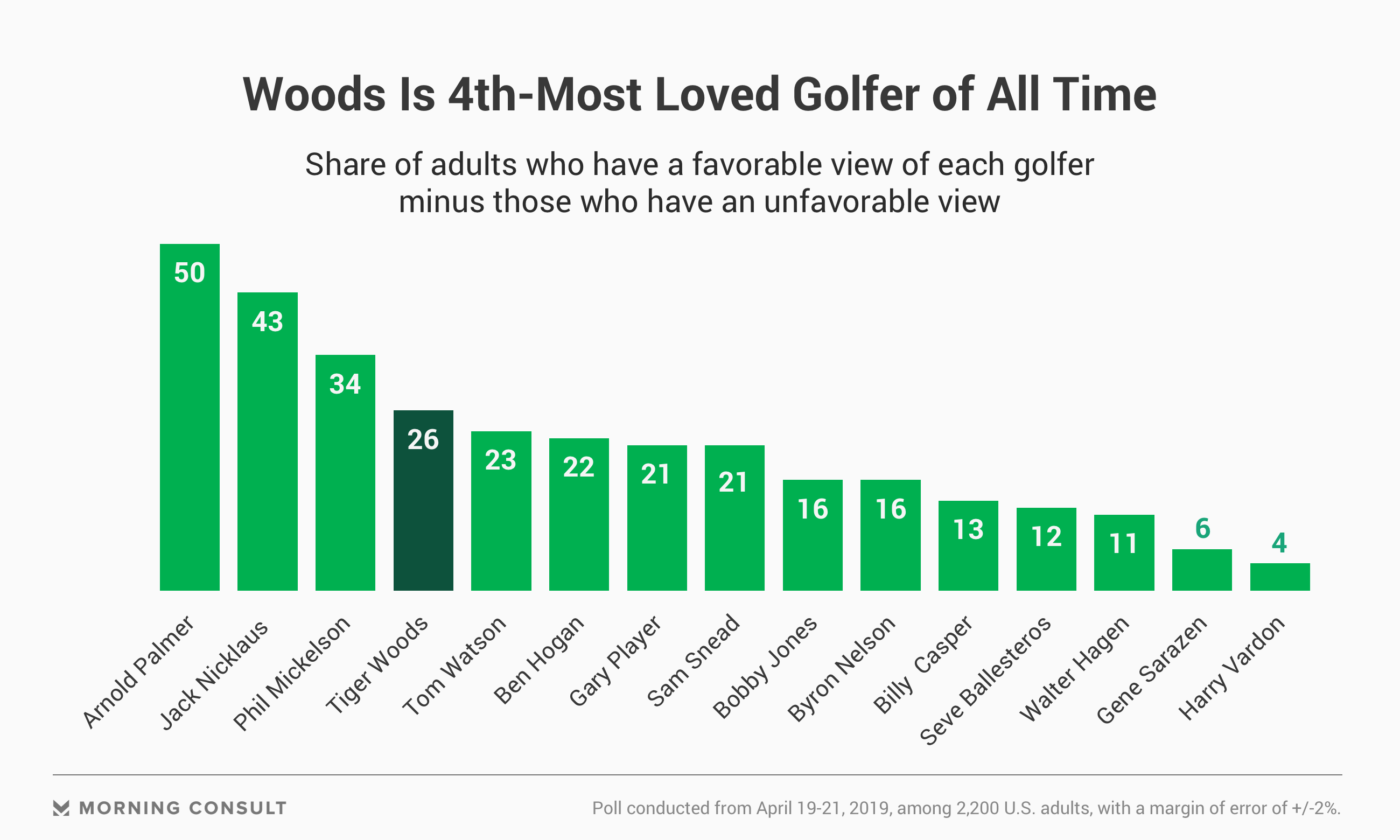 Woods’ resurgence follows a series of personal missteps — including numerous extramarital affairs that led to a divorce from his wife in 2010 and a 2017 DUI arrest that resulted in a guilty plea of reckless driving — as well as bouts with extended back and knee operations over the past five years. Sponsors AT&T Inc. and Gatorade, among others, previously dropped their marketing partnership with Woods while some such as Nike Inc., Monster Energy and Bridgestone Corp. either continued their relationship or inked a new agreement altogether.

The latest survey found significant differences in opinion toward Woods based on gender: Sixty-one percent of men viewed him favorably, compared with 40 percent of women. But that trend largely held true for the entirety of the poll, with women being significantly more likely than men to say they’d never heard of any of the golfers tested.

Older generations were also more likely to hold opinions, both positive and otherwise, about golf’s greats than the youngest adults tested.