House Budget Panel to Hold Hearing on ‘Medicare for All,’ Single-Payer Plans in May 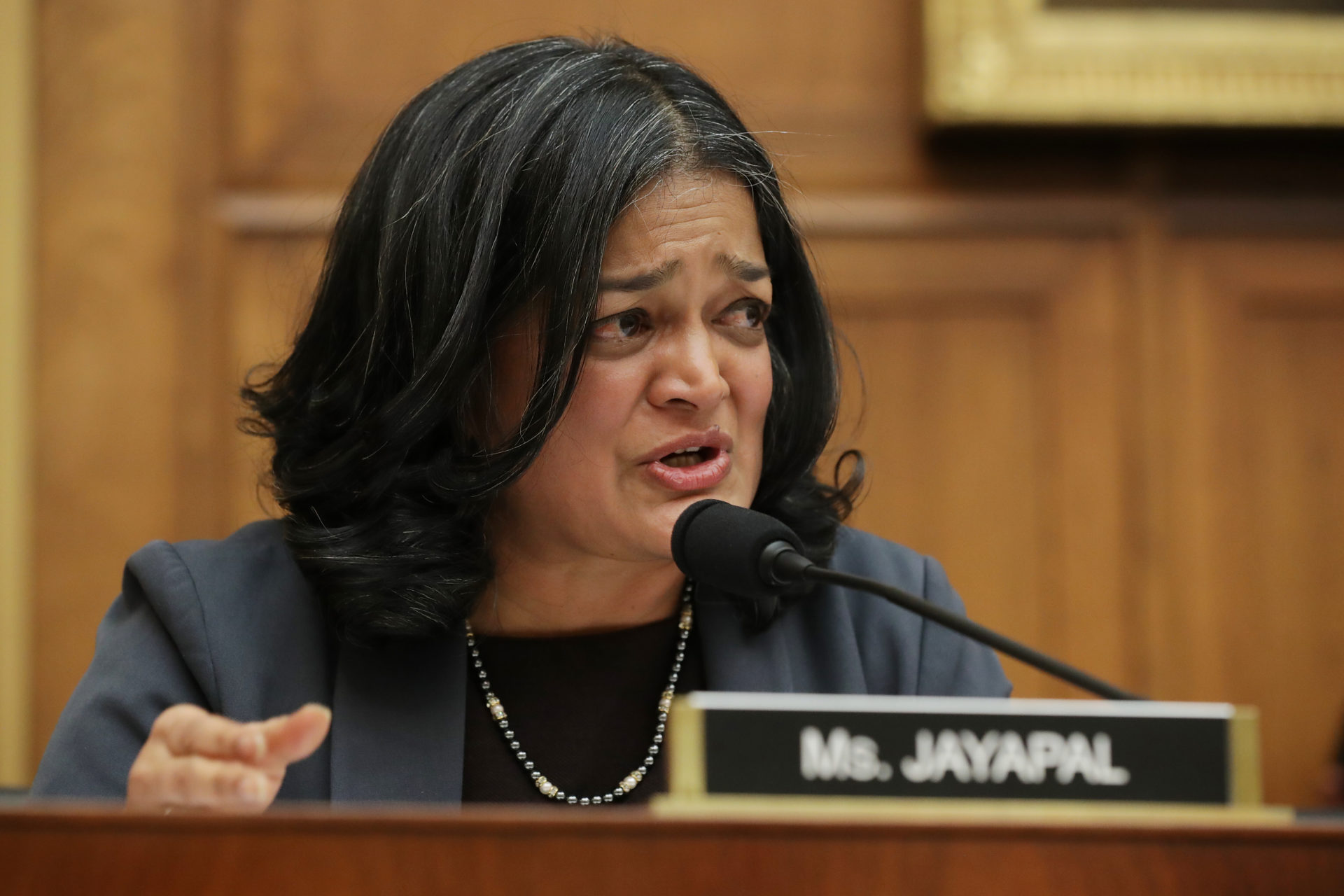 Rep. Pramila Jayapal (D-Wash.) at a House Judiciary Committee hearing on March 12. She is the sponsor of a "Medicare for All" bill that is the companion legislation to Sen. Bernie Sanders' (I-Vt.) Medicare for All measure. (Chip Somodevilla/Getty Images)
By Yusra Murad

Just days before its first-ever hearing on Capitol Hill in front of the House Rules Committee, “Medicare for All” is teed up for a second one next month, hosted by the House Budget Committee, a committee aide said Thursday.

On Jan. 8, Rep. John Yarmuth (D-Ky.), chairman of the House Budget Committee, requested a report from the Congressional Budget Office detailing “design and policy considerations lawmakers would face in developing single-payer health system proposals” to begin the process of reviewing potential pathways to universal coverage, including Medicare for All.

The CBO said Thursday that it will deliver that report on May 1, and the committee is nailing down a date for a hearing on the report later that month. The House aide said the committee would discuss the report and single-payer proposals on the table.

The report is not expected to provide an estimate on any one proposal, but Yarmuth requested information on how the system would be administered and financed, the role of private insurers, the future for existing public programs and methods for cost-containment, among other items.

Yarmuth has historically been skeptical about the odds of Medicare for All moving along in this Congress.

“What we’re trying to do in the Budget Committee is trying to get a hold of what the options — what the variety of ways you can expand Medicare — will be, and try to get a sense of what it would mean for the budget,” he said in an interview with Morning Consult on Jan. 30.

The chair named proposals in addition to the Medicare for All bill from House Budget member Rep. Pramila Jayapal (D-Wash.), such as a bill introduced by Rep. Brian Higgins (D-N.Y.) to lower the Medicare age of eligibility to 50 and “Medicare for America” from Reps. Jan Schakowsky (D-Ill.) and Rosa DeLauro (D-Conn.), which is expected to be re-introduced in the coming weeks.

A recent Morning Consult analysis found support for a public option or buy-in plan eclipses support for Medicare for All, a system in which all Americans receive insurance from a government plan replacing the private market.

The House Rules Committee hearing will take place Tuesday, the day before the CBO report is released. Republicans have called Charles Blahous, senior research strategist at the Mercatus Center at George Mason University, to testify. Blahous authored the widely distributed Mercatus study finding Medicare for All would cost the government $32 trillion.

A committee aide said Republicans on the Rules Committee are expected to focus on the massive cost of the proposal and its elimination of employer-sponsored health care.

The House Energy and Commerce and Ways and Means committees, the primary ones with jurisdiction over health care, have not committed to holding hearings on Medicare for All.