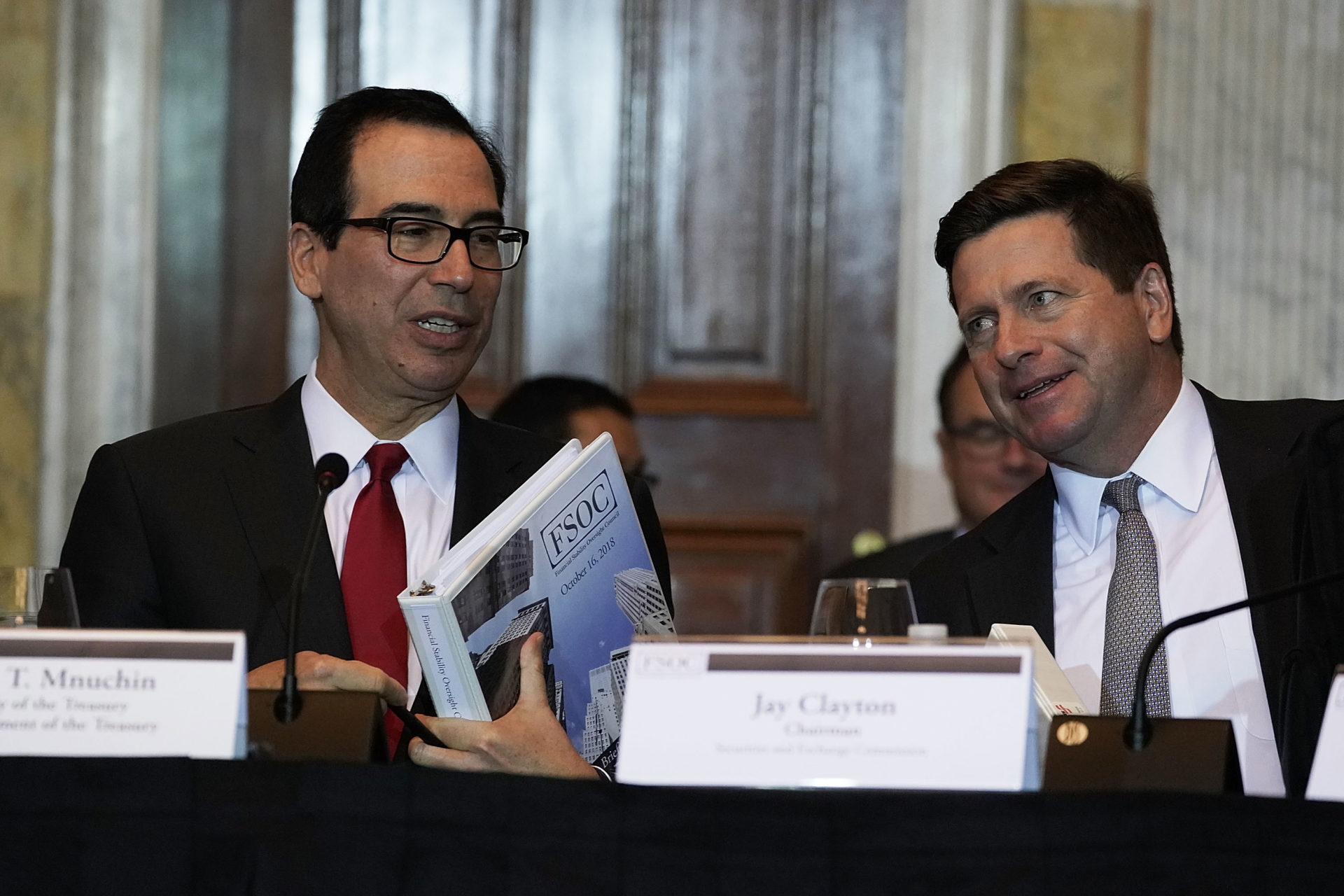 The Securities and Exchange Commission is playing an increasingly important role in discussions of economic stability as the share of nonbank lending rises, the agency’s chairman, Jay Clayton, said at an industry conference Thursday.

The growth of collateralized loan obligations, in particular, is one of the primary nonbank lending issues “on the table recently” for discussion, Clayton said. He said that the SEC is studying CLOs, single securities backed by a pool of debt, which often have a low credit rating.

“Even if we conclude that the growth in CLOs is not something that poses a systemic risk, having those discussions among market regulators and banking regulators is a really big thing,” Clayton said at the Investment Company Institute’s General Membership Meeting in Washington. About two-thirds of CLOs are held by nonbank investors, according to the Financial Stability Board.

Nonbanks such as mutual funds, hedge funds and asset managers are increasingly controlling debt marketplaces and lending. According to Federal Reserve research, this growth in lending among nonbanks came after post-financial crisis legislation requiring large banks to meet high standards for the amount and quality of capital on their balance sheets. The Financial Stability Board estimates that banks’ share of global financial assets had fallen to 39 percent in 2018 from 45 percent in 2008, while nonbank lending had grown to 31 percent from 26 percent in the same time period.

“For someone like me and my other market regulators, our participation in these stability discussions has become more meaningful because more of the financing for our economy is in our public capital markets as opposed to the bank market,” Clayton said.

For Clayton, who took over at the SEC in 2017, this means that “systemic risk has been a very interesting and big part of my job,” he said.

Systemic risk, a key concept in financial regulation that means an institution is “too big to fail,” has typically been monitored by bank regulators who were tasked with enforcing the tight risk and capital requirements of the Dodd-Frank Act for banks’ balance sheets.

But while the SEC is now better equipped to weigh in on systemic risk, Clayton said there’s not yet a particular segment of the market that keeps him up at night.

“If there were, I’d be doing something,” he said.