In New Hampshire, Klobuchar to Lay Out Wide-Reaching 2020 Tech Agenda 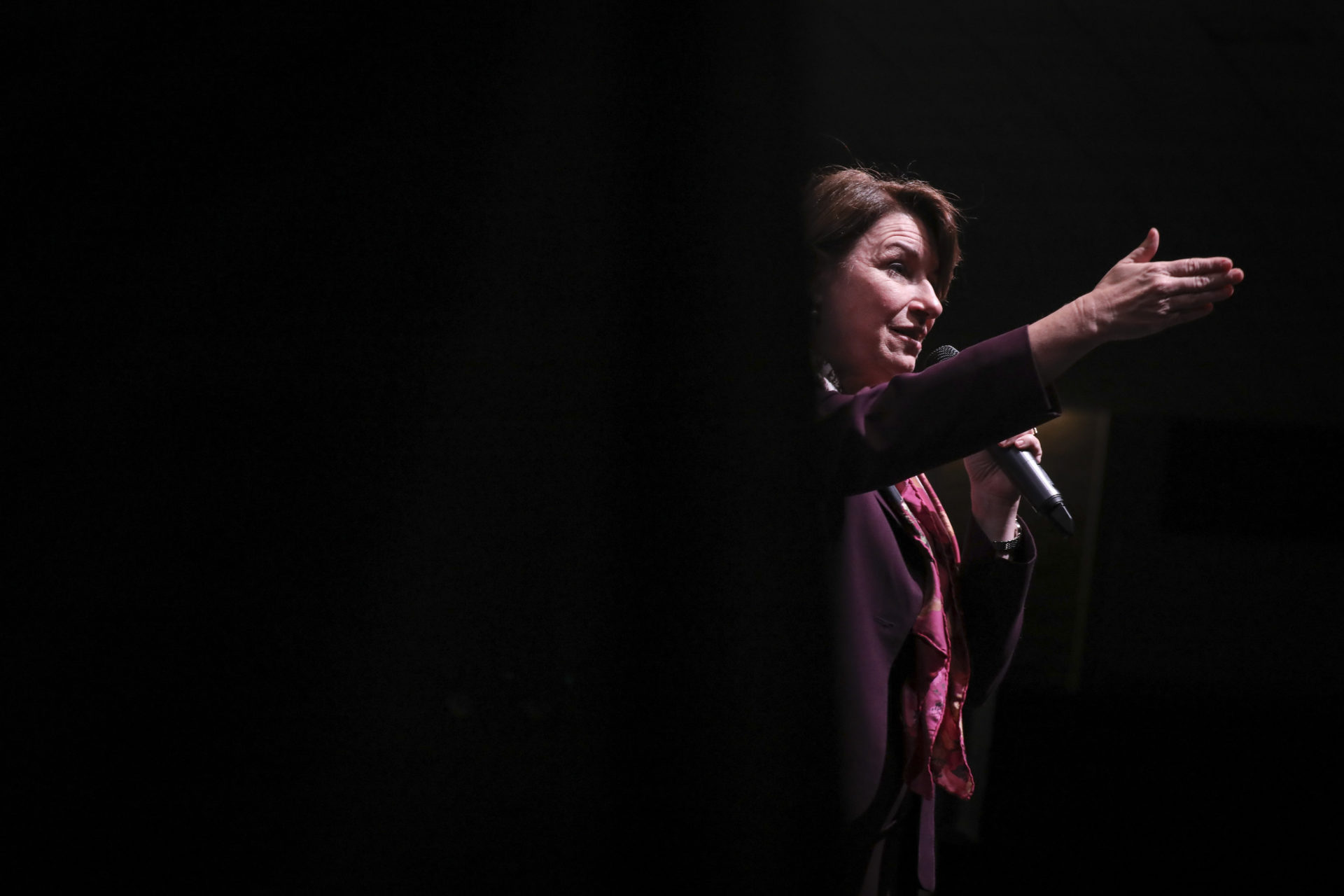 Sen. Amy Klobuchar (D-Minn.) participates in a May 10 town-hall event in Yonkers, N.Y. At a Sunday discussion at Dartmouth College in New Hampshire, she will roll out her tech agenda for 2020. (Drew Angerer/Getty Images)
By Sam Sabin

When Sen. Amy Klobuchar joined the Democratic presidential primary race in February, she pledged to scrutinize big technology companies and increase accessibility to the digital economy through job programs and wider broadband access.

The Minnesota Democrat will lay out her vision for accomplishing those goals during a Sunday evening discussion with Dartmouth College students in Hanover, N.H., on the changing economy: with plans to retool the standing mergers and acquisitions review process, pass federal data privacy legislation and update the tax code to account for gig economy workers.

Under her agenda, Klobuchar would overhaul standing antitrust policies for agencies and courts, with plans to adjust the burden of proof for proposed mega-merger deals to the companies involved, which would be required to prove that any deal would not reduce competition, and to clarify the existing laws so that regulatory approval for vertical mergers, such as the AT&T-Time Warner deal, would factor in possible monopsony and harms to innovation alongside pricing effects.

The senator, who sits on the Judiciary and Commerce committees, will also lay out policies for ensuring consumer privacy. Those include giving consumers the right to opt out of data collection and requiring companies to give a notice within 72 hours of a data breach, and she will also propose new social policies for contract workers to prepare the workforce for the digital age, such as an updated tax code, a national paid-leave program and mandatory sick leave.

Klobuchar plans to pay for those proposals by effectively taxing payroll income and earnings from capital gains and dividends at the same rate for Americans who make more than $200,000 each year, and implementing the “Buffett rule,” an Obama administration proposal to tax millionaires at least 30 percent on their post-charitable contribution income.

The release of Klobuchar’s detailed agenda follows a week in which several of her Democratic rivals gave varying responses to questions about whether they would break up Facebook Inc. and other big tech companies, which is what Sen. Elizabeth Warren (D-Mass.) called for in March. Former Vice President Joe Biden and Sen. Kamala Harris of California said they were open to looking into a breakup of Facebook, while Sen. Bernie Sanders (I-Vt.) said “of course” he supported the move. New Jersey Sen. Cory Booker said he sees tackling corporate consolidation as a key issue but doesn’t want to dismantle a tech company without an investigation.

A spokesperson for the Klobuchar campaign said Sunday that the senator’s work in Congress is closely linked to her tech agenda. In January, the senator, who is the ranking Democrat on the Senate Judiciary Subcommittee on Antitrust, Competition Policy and Consumer Rights, introduced the Merger Enforcement Improvement Act to update antitrust laws as laid out in her presidential agenda. On Wednesday, the Senate Commerce Committee advanced two of Klobuchar’s broadband bills.

Klobuchar is one of 23 Democrats running for the party’s presidential nod, and like most others, she has struggled to gain traction so far. The latest Morning Consult survey tracking the race found 2 percent of likely Democratic primary voters nationwide, and 1 percent of those voters who reside in the first four states holding nominating contests next year — Iowa, New Hampshire, Nevada and South Carolina — said she was their first choice for president.

But Democratic strategist Grant Woodard said an elevated discussion on antitrust and tech regulation could help Klobuchar climb the ladder, especially in the Hawkeye State.

“That messaging is really starting to find a solid footing in the party,” Woodard, an attorney at Iowa’s Wandro & Associates P.C. and former chief of staff to Rep. Leonard Boswell (D-Iowa), said in an interview Thursday. “You got to remember that in the Iowa caucuses, it’s a bit more progressive than what you’ll find in a general election and people are worried about tech consolidation.”

In a March 15-17 survey among 1,991 registered voters, 71 percent of Democratic voters said it was important that the party’s presidential nominee share their stance on tech regulation, a significant bloc that nonetheless took a back seat to candidates’ positions on health care (94 percent) and senior issues (94 percent), such as protecting Medicare and Social Security.

“Those antitrust, monopoly practices and big tech — big everything — is really starting to find a home in the party,” Woodard said.