In Consumer Debt Boom, Many Americans Are Using Credit Cards to Shop

Americans are racking up more credit card debt than ever — higher than even the period during the 2008 financial crisis. According to new polling data, much of that debt is coming from discretionary spending.

Discretionary spending — such as shopping for new clothes or paying for entertainment — is the top driver of credit card debt for Americans, according to a Morning Consult/CNBC survey. 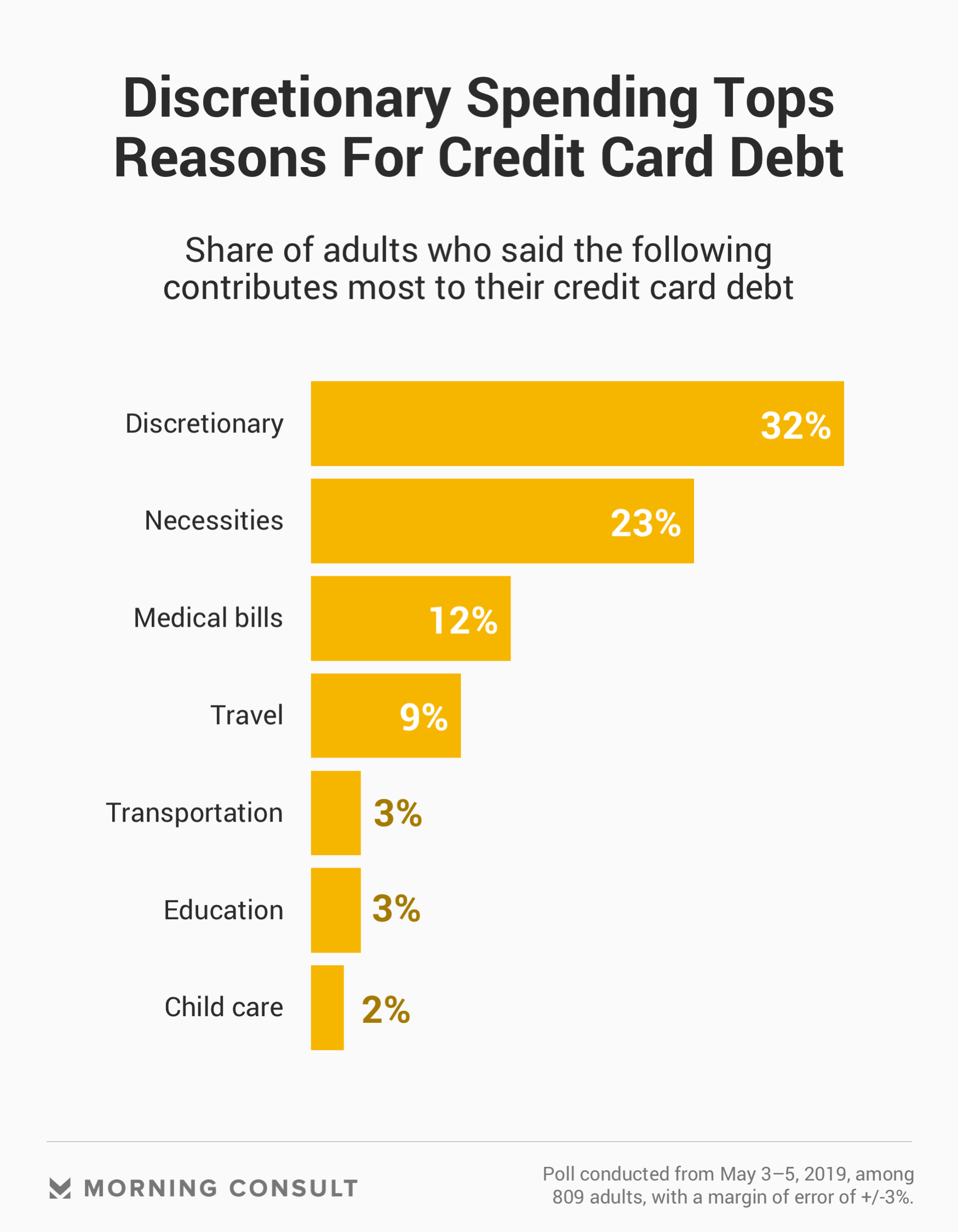 Thirty-two percent of the adults who said they have credit card debt identified discretionary spending as the primary contributor to that debt.

Necessities, such as rent and utilities, followed discretionary spending at 23 percent, while medical bills came next at 12 percent. The poll, conducted May 3-5, surveyed a subsample of 809 U.S. adults who said they have credit card debt, and the subsample has a margin of error of 3 percentage points.

U.S. consumer debt is booming, according to data from the Federal Reserve Bank of New York. Household debt rose for the 19th straight quarter to $13.67 trillion in the first quarter of 2019, higher than the previous peak in the third quarter of 2008 during the recession.

Overall, 55 percent of Americans with a credit card have credit card debt, according to the Morning Consult/CNBC poll. The survey polled 2,200 U.S. adults and has a 2 percent margin of error.

Credit card debt isn’t inherently bad, said Catherine Ruetschlin, an economics professor at the University of Utah. Consistently using and paying off a line of credit can help build a credit score, which should help boost the consumer’s long-term financial health.