As President Donald Trump prepares to officially launch his re-election campaign next week in Orlando, a new Morning Consult/Politico survey finds him lagging behind the top two Democratic contenders in hypothetical matchups.

The poll, conducted June 7-9, found the Republican incumbent 11 percentage points behind former Vice President Joe Biden and trailing Vermont Sen. Bernie Sanders by 10 points among registered voters if the election were held today. In both cases, roughly a quarter of the sample of 1,991 voters was undecided. 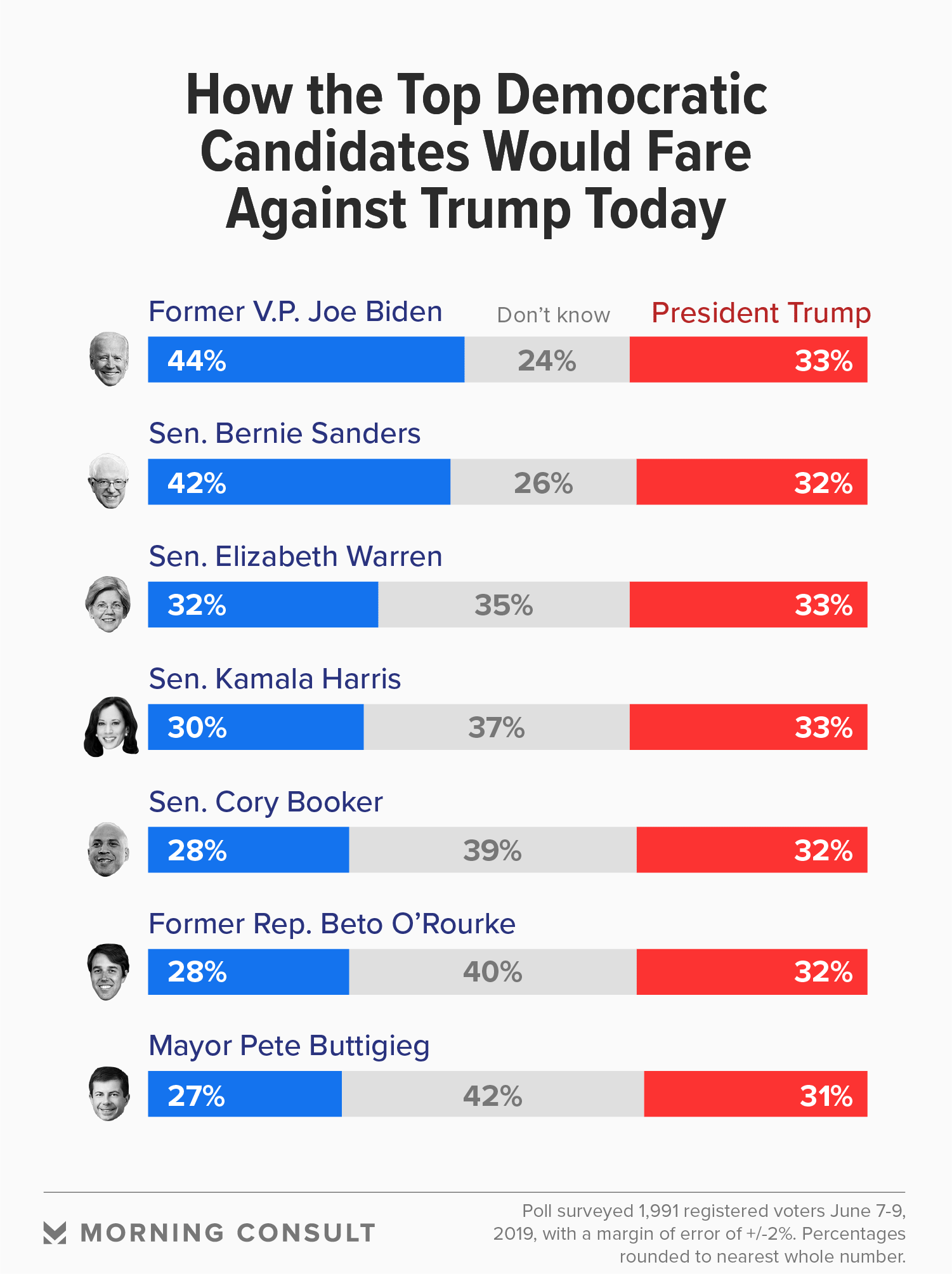 Trump did not pull more than a third of the vote in any of the matchups, scoring about the same as he did when Morning Consult/Politico tested a list of potential Democratic candidates against him in August 2018. Both polls have a 2-point margin of error.

The survey serves as an early indicator of Trump’s standing weeks ahead of the first Democratic primary debates and just over a year out from the Democratic National Convention. His current share of the vote is well behind former President Barack Obama’s position at this point in his 2012 re-election contest against the top Republican candidate, according to polling conducted at the time.

A Fox News poll conducted in June 2011, for example, had Obama leading his eventual Republican opponent, Mitt Romney, 48 percent to 41 percent. Later that year, the same poll tightened to a 2-point gap, but 44 percent of registered voters still backed the incumbent at the time.

Polling conducted in 2011 showed Obama’s approval rating to be much more volatile than Trump’s has been, according to the RealClearPolitics average. The latest Morning Consult/Politico poll found Trump’s net approval rating 15 points underwater, with 41 percent approving and 56 percent disapproving of his job performance, 2 points below his average net rating for 2019.

Correction: A previous version of this story misstated where Trump is officially launching his re-election campaign.