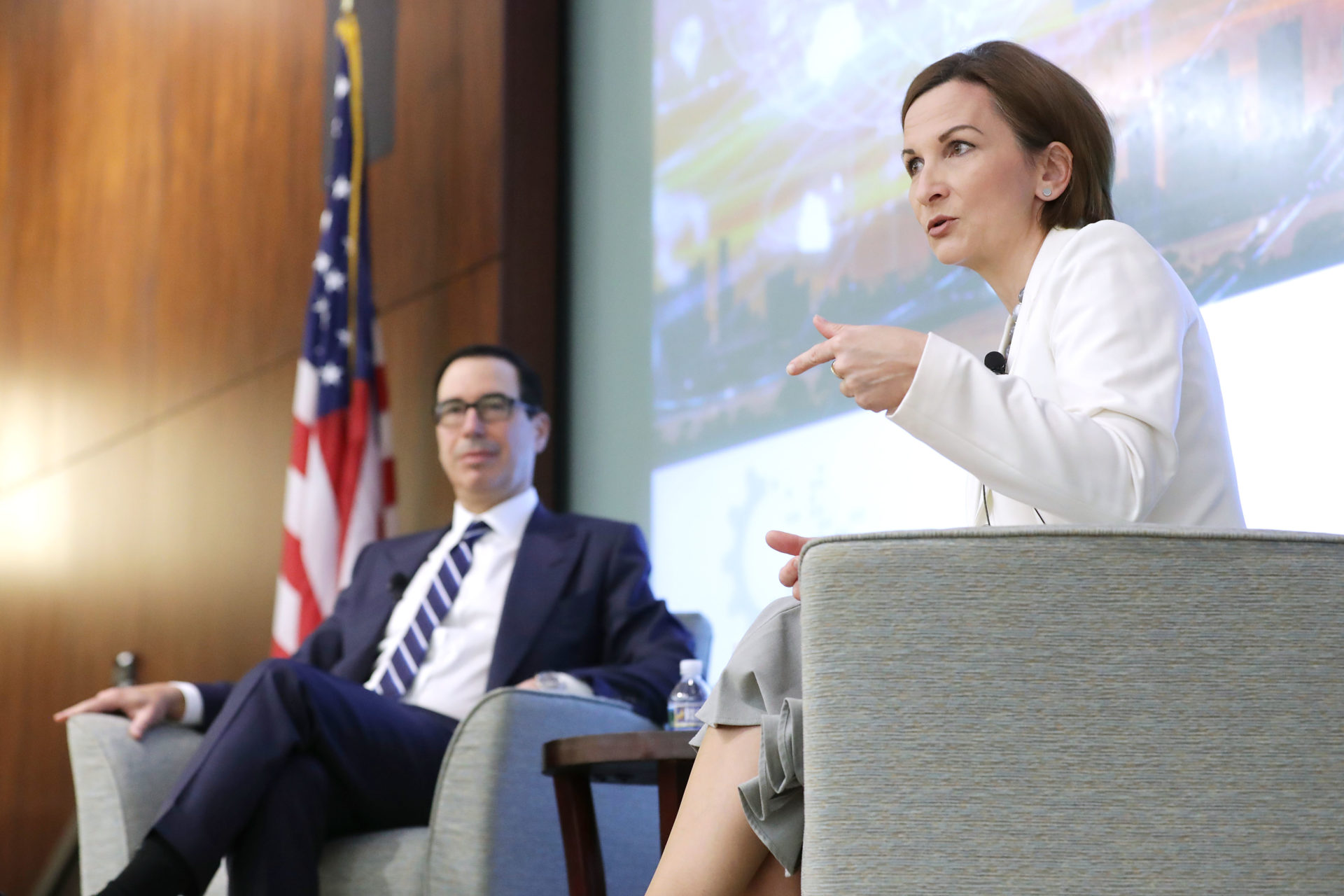 Federal Deposit Insurance Corp. Chairman Jelena McWilliams said Wednesday that she is zeroing in on “simplifying and rationalizing” a key piece of financial policy as part of a broader push from the agency to reduce uncertainty in the banking industry.

As part of that effort, the FDIC hopes to finalize clear guidance on the proprietary trading ban under the Volcker rule “sometime this summer,” McWilliams said at a speech at the Cato Institute.

An attempted revision on the proprietary trading ban drew criticism from Wall Street last year as bankers complained that the new version would likely include a wider range of activities than the previous one. Five agencies, including the FDIC, will need to approve the changes.

The proprietary trading ban guidelines are part of a wider move from McWilliams and the FDIC to clarify parts of financial policy they say has hampered financial activity and innovation. In the coming months, the FDIC will issue a number of other guidelines on how banks, particularly the nation’s smallest financial institutions, can comply with the Volcker rule, McWilliams said.

The FDIC will finalize a directive completely exempting community banks from the Volcker rule within the month, she said. The move would formalize what banking regulators said about the provision last year, a proposal that said they would no longer enforce the Volcker capital requirements for banks with less than $10 billion in consolidated assets and trading assets and liabilities of equal to or less than 5 percent of their balance sheets.

While the rule releasing community banks from the Volcker rule has the clearest timeline, McWilliams mentioned a laundry list of provisions that the FDIC is looking to tailor in the near future.

“We have been hard at work simplifying and rationalizing the Volcker rule more broadly,” she said.

A rule on that could come “within the next couple of months,” she said.

McWilliams and other financial regulators appointed by President Donald Trump have argued that unclear regulation around small-dollar lending has discouraged banks, especially small ones, from innovating and offering financial products like small-dollar loans, often pushing those in need toward higher-interest payday lenders.

“By their very nature, banks are reluctant to go on a limb and innovate unless they know with certainty that their regulators will look favorably on innovation,” she said.