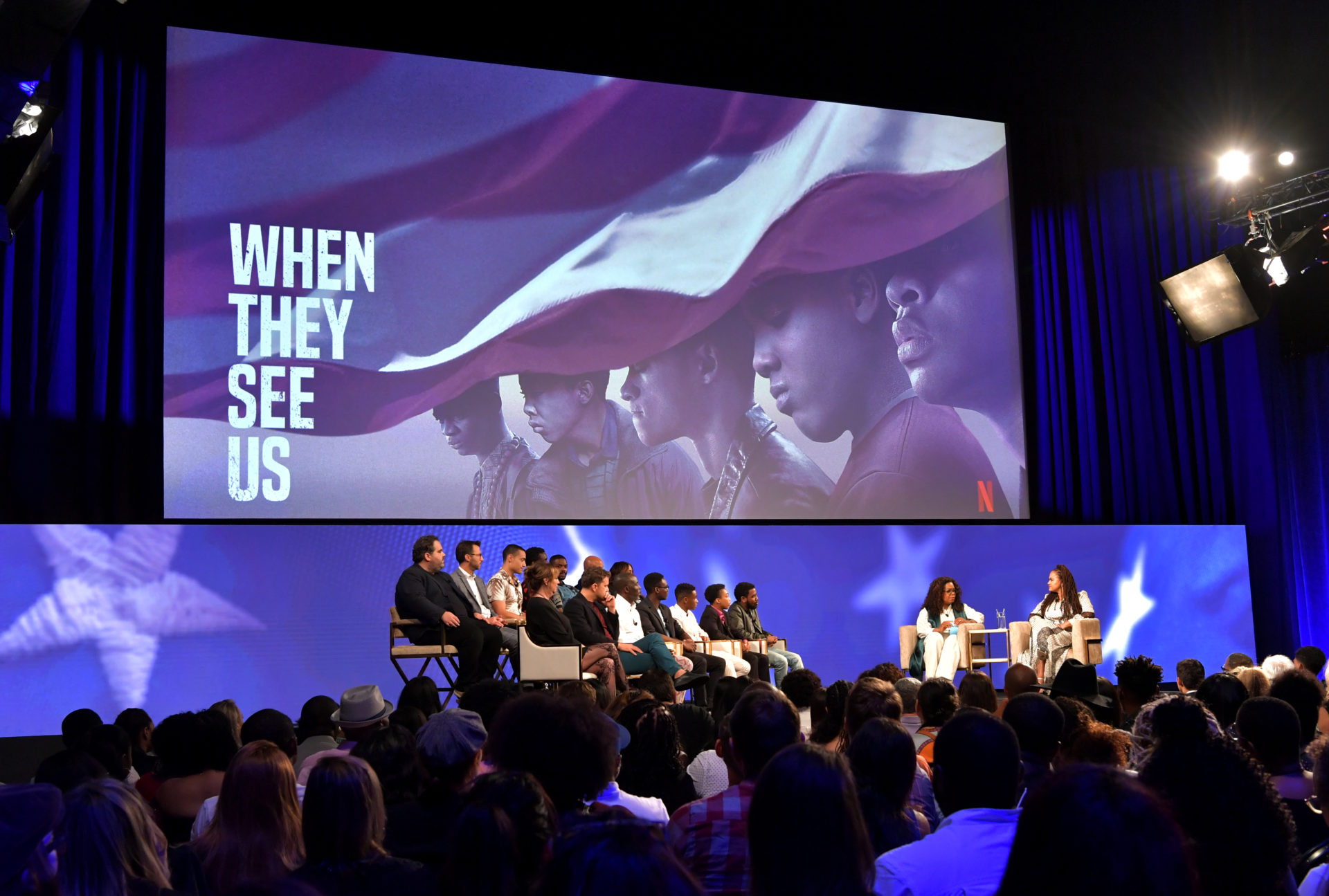 The Netflix "When They See Us" FYSEE Event at Raleigh Studios on June 09, 2019 in Los Angeles, Calif. When asked if watching films that address racism, such as “Green Book” or “Crash,” changed their minds about the issue, a plurality of Democrats (41 percent) said their opinion had changed “some” or “a lot.” By contrast, the lion’s share of Republicans (45 percent) said their opinions had not changed by much or at all. (Emma McIntyre/Getty Images for Netflix)
By Sarah Shevenock

Netflix Inc.’s “When They See Us,” a miniseries based on the events of the Central Park Five case in New York City, is the latest high-profile Hollywood work to prompt a debate on social issues. And while art can often be used as a medium to spark discussion, new polling finds that views split along party lines when looking at how film and television can influence opinions on issues such as climate change and gun violence.

The June 13-17 Morning Consult/The Hollywood Reporter survey gave 2,200 U.S. adults examples of film and television content exploring a number of issues — including gun violence, racism, climate change and immigration — and asked them whether watching the film or television show had changed their opinions on the issue. The questions highlighted a stark partisan divide on programming that tackles social and political topics.

For example, when asked if watching films that address racism, such as “Green Book” or “Crash,” changed their minds about the issue, 52 percent of Democrats who said they had watched a program on the topic said their opinion had changed “some” or “a lot.” By contrast, more than two-thirds (71 percent) of the Republicans who said they’d viewed such a program said their opinions had not changed by much or at all.

Democrats (79 percent) were more likely than Republican (65 percent) to have watched programs on racism. 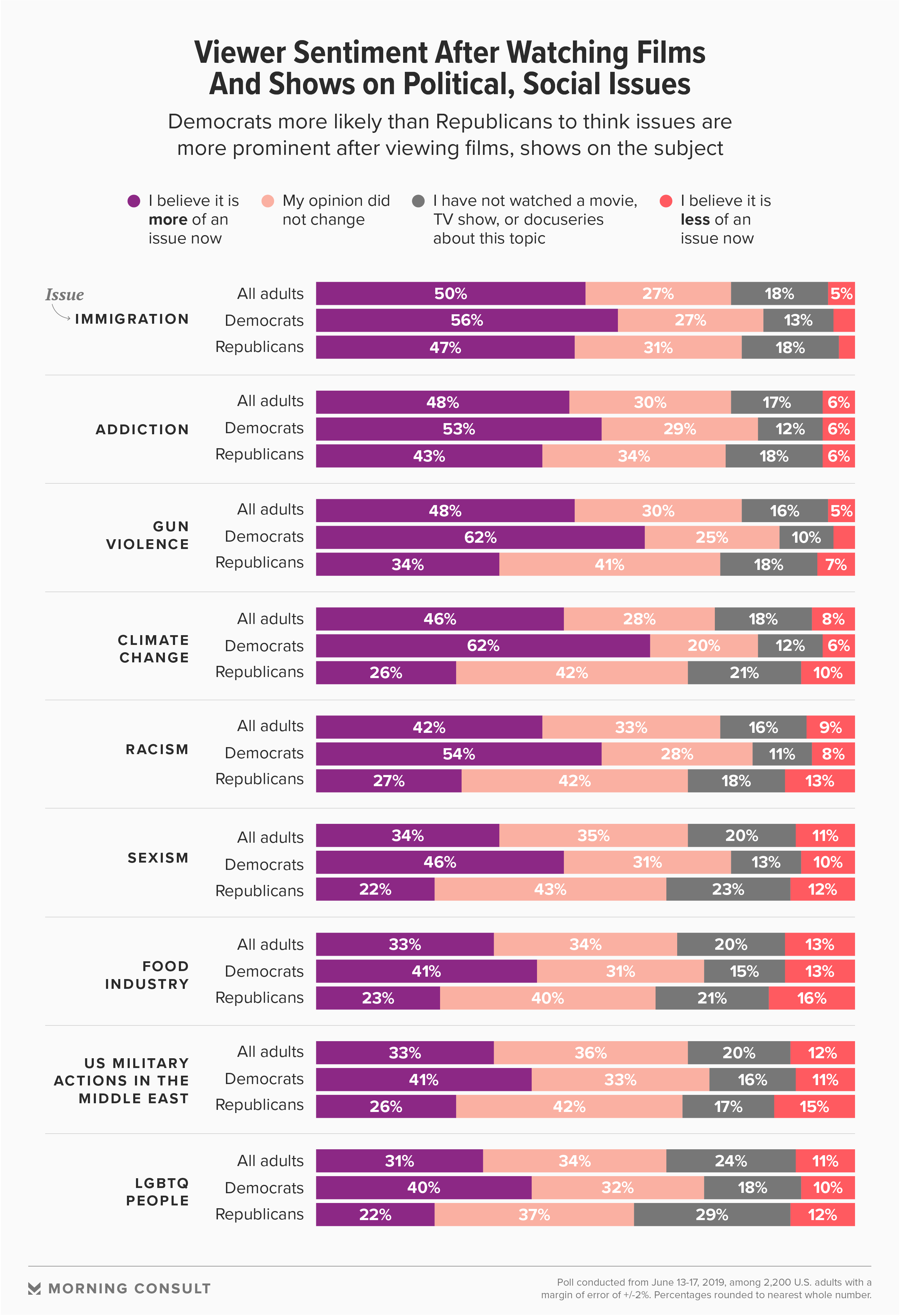 Democrats were also on average more likely to say they thought the respective issues were more of a problem after watching a program on the topic compared to Republicans.

Both Democrats (64 percent) and Republicans (58 percent) who watched said they found immigration to be more of an issue after watching films and television shows such as “Brooklyn” and “Fresh Off the Boat.”

Most adults were unlikely to take action on social issues, with majorities saying they had not spoken out on social media, participated in boycotts or donated to a nonprofit or charity. Sixty percent of all adults did say they had recommended a program to others. Sixty-six percent of Democrats and 52 percent of Republicans said the same.

Clarification: This story has been clarified to focus on respondents who had watched various types of programming.