After Democratic Debates, Lester Holt Is the Public’s Favorite Moderator 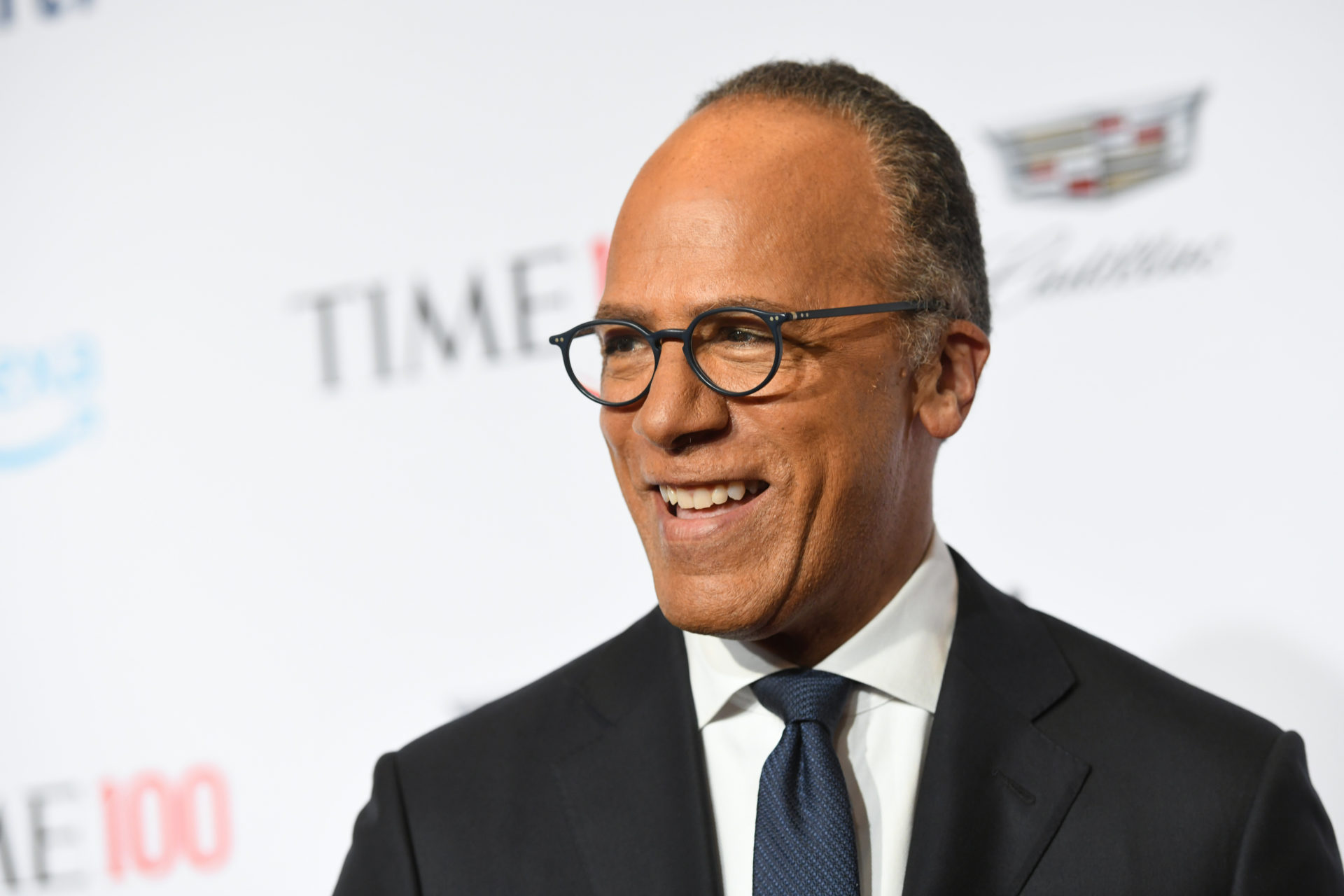 Lester Holt attends the TIME 100 Gala 2019 Lobby Arrivals at Jazz at Lincoln Center on April 23, 2019 in New York City. Holt has the highest favorability among the moderators for the first set of Democratic presidential primary debates. (Noam Galai/Getty Images for TIME)
By Kasey Meredith

Lester Holt is the most popular of the five NBC News personalities who moderated the first Democratic primary debates of the 2020 election season, according to a new Morning Consult/The Hollywood Reporter poll, with Democrats more likely than adults and those in the key 18-49 demographic to favor the moderators overall.

Forty-four percent of the 1,860 U.S. adults in the June 29-July 1 survey had a favorable view of the longtime NBC News anchor, with that number rising to 60 percent among Democrats and dropping to 35 percent among those ages 18-49.

At the opposite end, José Diaz-Balart has the lowest share of favorability among all adults, Democrats and those ages 18-49, with majorities of each demographic saying they’d never heard of the Telemundo and NBC Nightly News anchor, who moderated a 2016 debate between Hillary Clinton and Bernie Sanders. 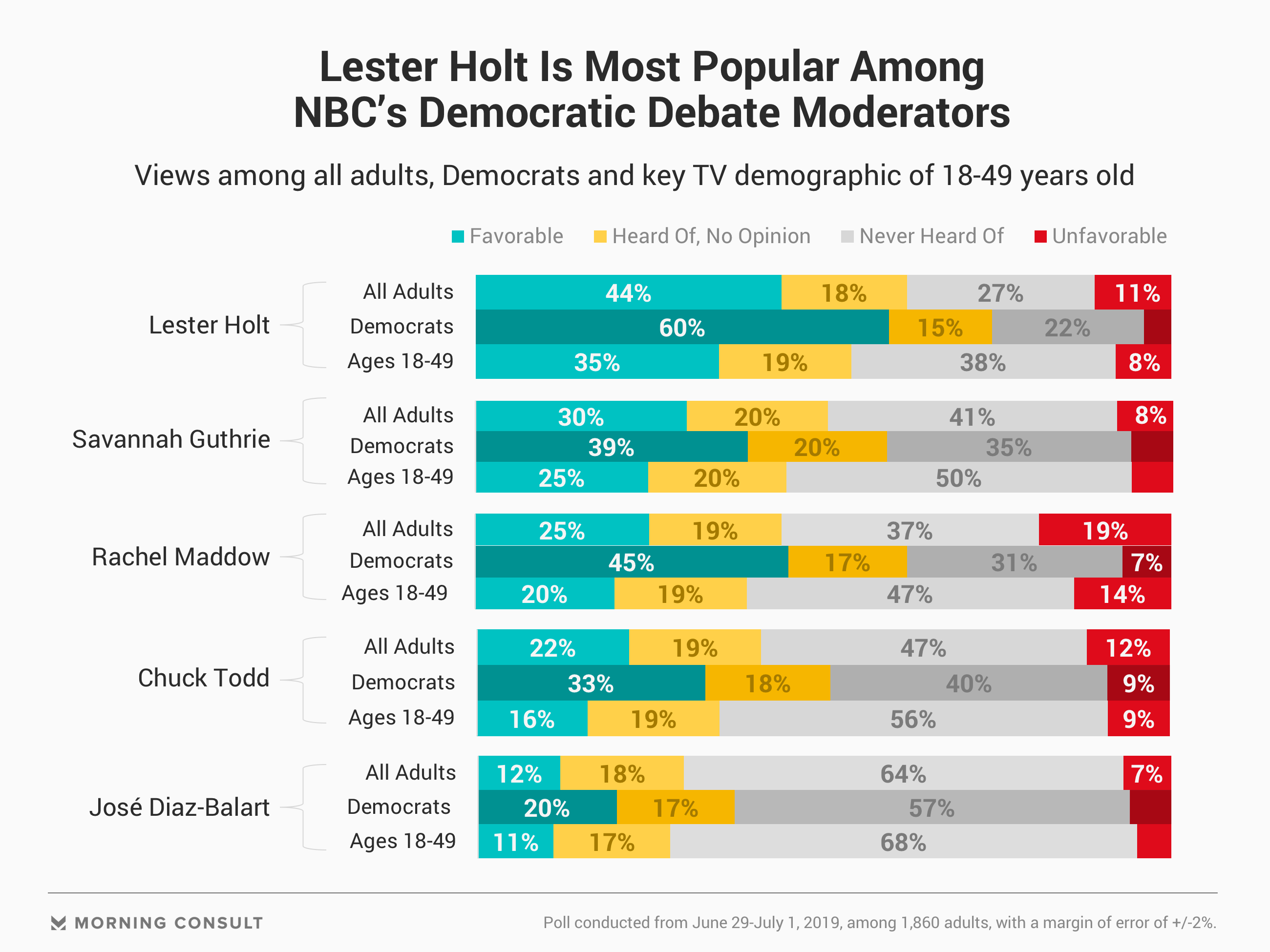 The survey was conducted after the June 26 and June 27 Democratic presidential primary debates and has a margin of error of 2 percentage points.

Rachel Maddow had the second-lowest percentage of “never heard of” among all three demographics, after Holt, but also had the highest unfavorability rating among all adults and those ages 18-49, at 19 percent and 14 percent, respectively. Her favorability among Democrats was more than double that of the 18- to 49-year-old demographic, 45 percent to 20 percent.

Maddow also moderated a debate between Clinton and Sanders in 2016 and has hosted MSNBC’s “The Rachel Maddow Show” since September 2008.

Related: ‘Good Morning America’ Is No. 1 Morning Show Among Adults

The primary debates have served as a platform to raise the profile of some moderators in the past, such as Megyn Kelly, whom Donald Trump lambasted in August 2015 after the then-Fox News anchor questioned the rhetoric that Trump used with women.

Approximately 15.3 million people watched the June 26 debate on NBC, MSNBC and Telemundo, while 18.1 million people viewed the June 27 event. The second round, unscathed by the technical difficulties that plagued the first round, is now the most-viewed Democratic debate ever, according to Nielsen. The previous record was held by an October 2015 debate, drawing 15.5 million viewers.

The next Democratic debates will air July 30-31 on CNN.