Voters Wanted to Hear More About Trade, Taxes on Wealthy in Democratic Debates

With U.S economy in a record expansion, voters continue to trust Republicans over Democrats with the economy 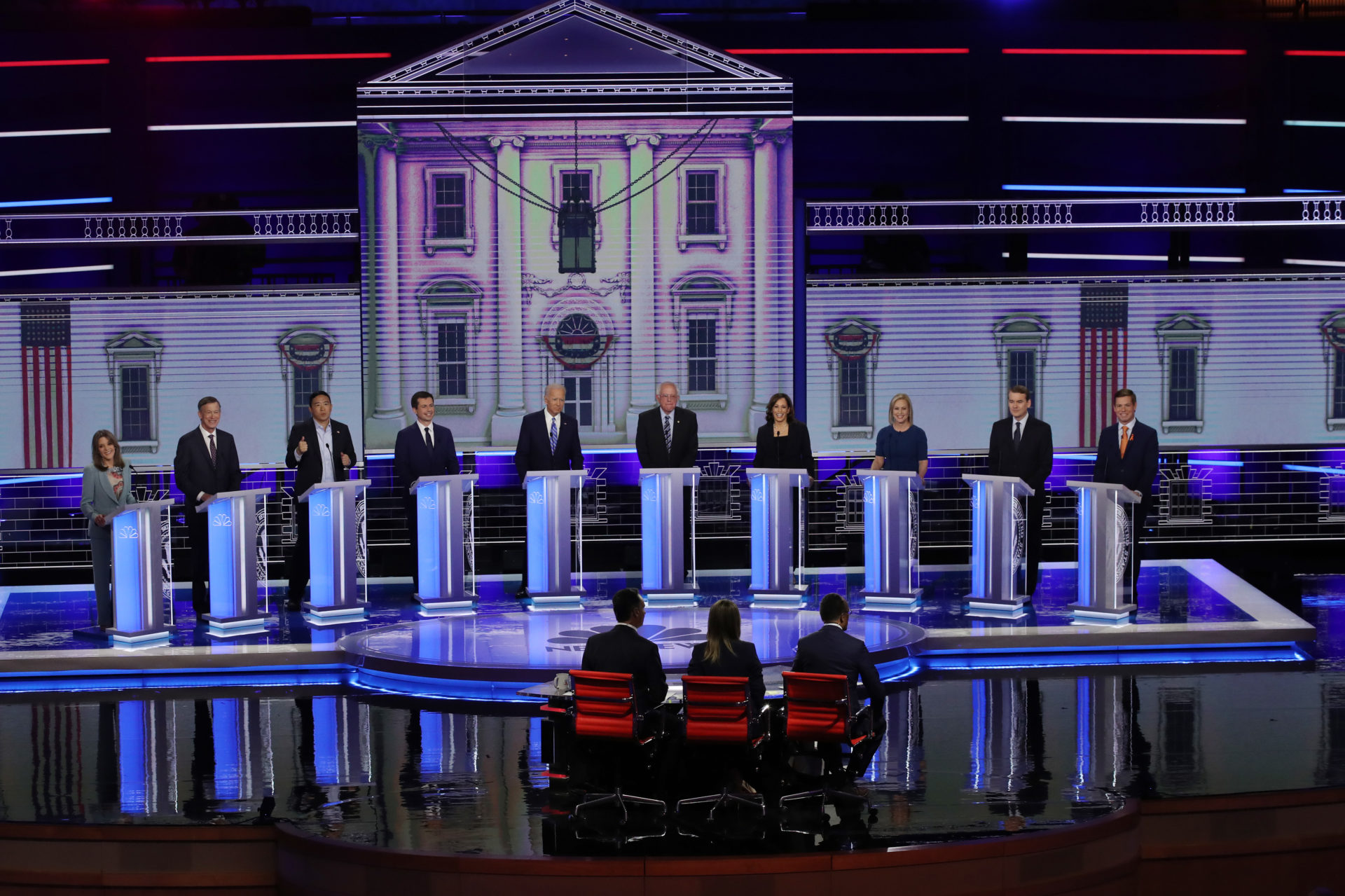 Many voters wanted to hear more about trade and taxes on the wealthy during the first Democratic presidential debates, according to a new Morning Consult/Politico survey.

Despite a trade war with China and escalating trade tensions elsewhere, the economy just hit its 121st straight month of economic expansion — the longest on record — and unemployment is the lowest it’s been in roughly 50 years. Those numbers and the robust economy are likely to be a major part of President Donald Trump’s re-election pitch.

“Our economy is the envy of the world, perhaps the greatest economy we’ve had in the history of our country, and as long as you keep this team in place we have a tremendous way to go,” Trump said as he launched his campaign in Orlando last month.

That presents a significant challenge for Democratic presidential candidates, who will need to craft an alternative narrative on the economy.

One of the smartest plays in upcoming debates could be to emphasize the economic issue where Wall Street thinks Trump is weakest: trade. 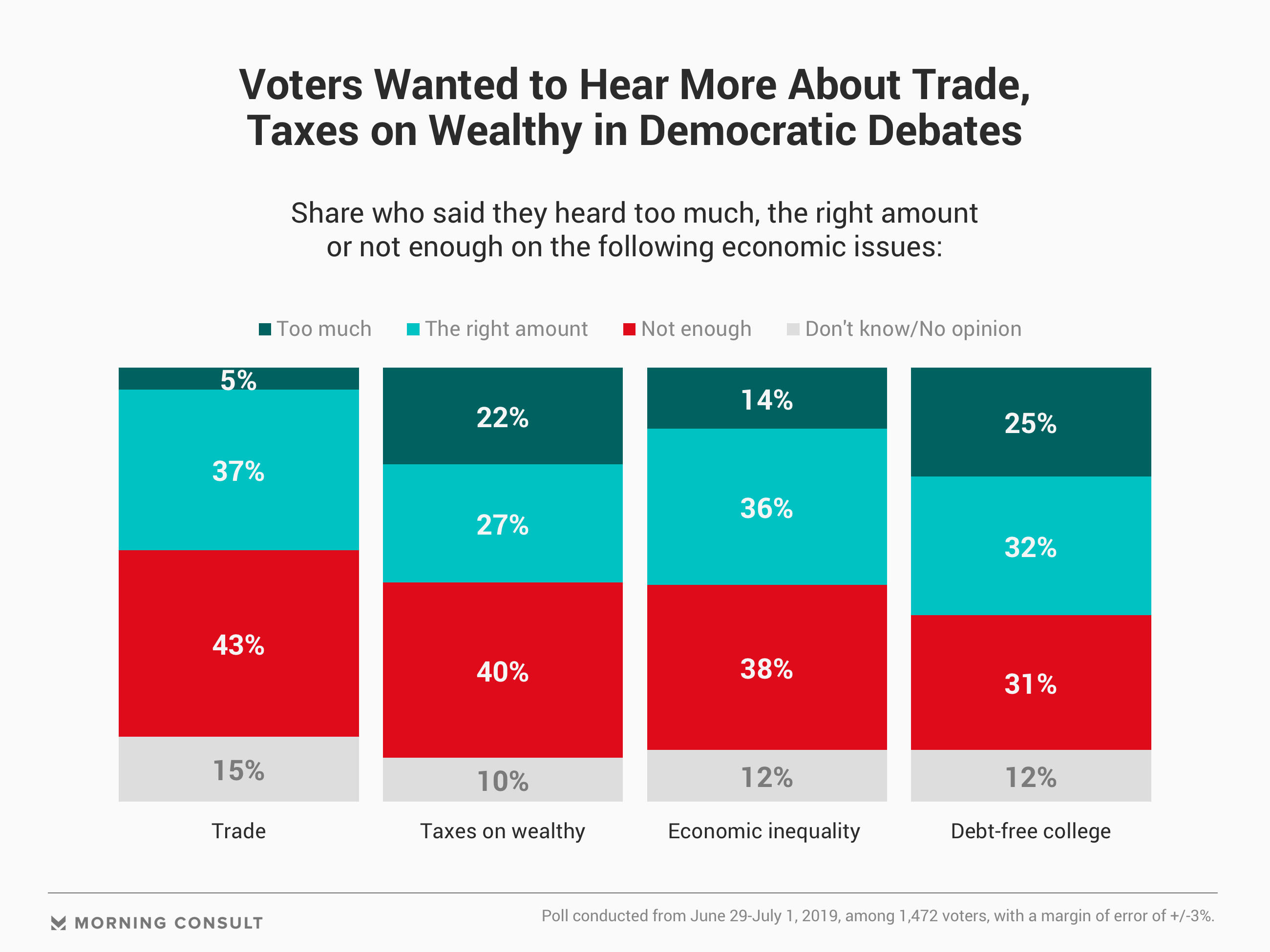 The poll surveyed 1,472 voters between June 29 and July 1 and carries a margin of error of 3 percentage points.

So far, trade hasn’t been a focus for 2020 Democratic presidential candidates. Sens. Elizabeth Warren (D-Mass.) and Bernie Sanders (I-Vt.) have proposed policies addressing student loan debt and taxes on the wealthy. While those proposals generally have wide support, more voters were likely to say they heard too much about those issues when compared to trade during the debate.

Talking about the economy is high stakes for 2020 presidential candidates. Controlling messaging on the economy could be a powerful tool for either party.

Right now, Republicans have the edge on economic issues.