For Digital Sports Media, the Goal Is Getting Their Audience to Wear Them 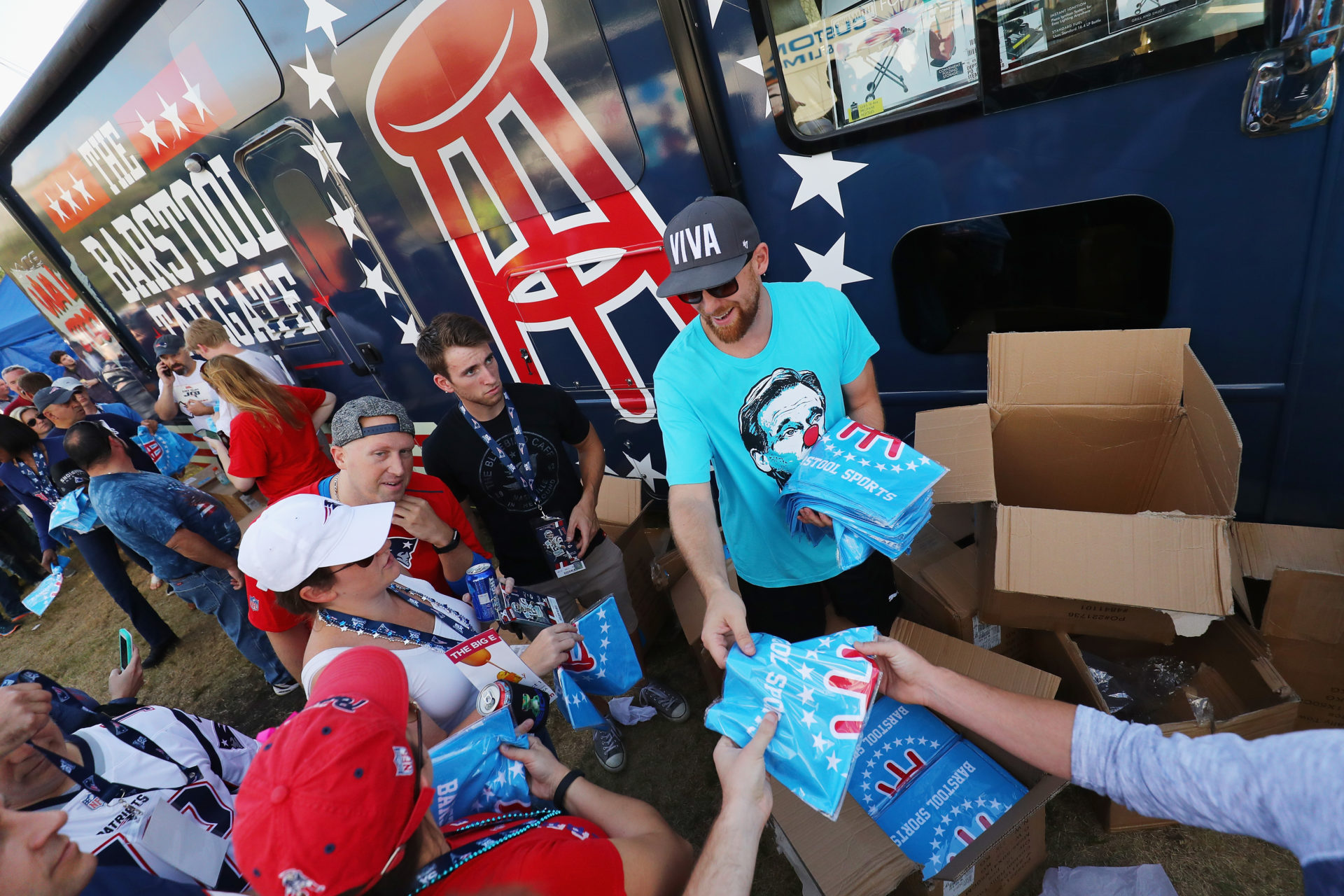 The core competency for digital sports media publishers, both legacy brands and startups, has traditionally been some form of content: text, video, social media and now podcasts, for some. But publishers’ focus in recent months has shifted to e-commerce, especially merchandise and apparel.

Executives like Dan Porter of digital sports network Overtime Sports, Inc. have lofty ambitions of a nine-figure e-commerce business, largely built around soft goods, over the next five years, while SLAM Media Inc.’s David Schnur refers to merchandise as the company’s No. 1 revenue priority.

For some companies, apparel has been part of their DNA since their foundation, while others have only recently developed an evolving strategy aimed at creating soft goods and products for their consumers, collaborating with influencers and producing pop-up events.

“Apparel is a natural evolution for these companies as they try to develop a deeper connection with their audience,” said Keith Hernandez, a former Bleacher Report, Inc. and BuzzFeed, Inc. executive and the founder of Launch Angle, a New York-based creative agency and consulting firm for brands.

“What’s more of a connection than purchasing a product of that company and putting it on?”

Hernandez explained that for some of the digital sports media players — Overtime, SLAM and Bleacher Report, for example — apparel is a “nascent and experimental business, but it’s a smart business.”

As Google Search, Facebook, Inc. and Instagram, Inc. increasingly gobble up advertising dollars, there’s both a want and a need for further revenue diversification, including an eye toward merchandise, Hernandez said. It might take a few years of experimenting, refining an end-to-end supply chain and determining what consumers want in apparel to decide if profit margins are worth the investment, he added.

Overtime’s Porter, the brand’s chief executive officer and co-founder, said he knew from his company’s launch in late 2016 that e-commerce — and more specifically apparel — would be part of its direct-to-consumer strategy. Fans, largely junior high, high school and college athletes, clamored for Overtime product as company employees advocated for that initial line of clothing. He equated the timing of finally creating product with deciding to marry one’s partner: when you know, you know.

That decision, after developing brand recognition in the marketplace and a sizable audience across social media, came in the fourth quarter of 2018 as Overtime debuted a basic blue T-shirt with the company logo, then following suit with a hoodie.

“Ultimately, the sign of a consumer’s admiration for a brand is if they’re willing to wear it,” said Porter, who’s sold multiple companies, including now-defunct gaming studio OMGPOP, Inc. to Zynga, Inc. for $180 million in 2012.

In December, the company hosted its first-ever physical pop-up retail experience in New York City featuring apparel and collaborations, including exclusive footwear with Japanese company Suicoke. Amplifying the Overtime brand via more product collaborations and pop-up experiences is in the pipeline, though Porter declined to elaborate about what those may entail.

However, he did say “there’s a chance we could work with athletes” in the future.

“Am I going to wake up tomorrow and decide we’re going to spend ‘X’ millions of dollars to sponsor some athlete? No. But will I do 20 little different things to understand the market better? Yes.”

While Porter and his team naturally have a close eye on the likes of Nike, Inc. Adidas AG and Under Armour, Inc., he specifically said he’s been a follower of the Southern California company Vans that was born out of the mid-1990s and meshed streetwear with pop culture and developed a community around skateboarding.

In a similar vein, Porter referred to apparel as a “community builder” and one that strengthens the relationship with an audience. He pointed to New York-based sports media and comedy company Barstool Sports, Inc. as a digital publisher that has been “a leader in tying brand and community into commerce” and understanding what product resonates with their audience.

Chief Executive Erika Nardini said that merchandise and apparel — which launched over 15 years ago with its founder Dave Portnoy “T-shirt-izing” headlines, jokes and stories — is another extension of the content it creates on a daily basis from podcasts, video and the blog, among other forms of media. Over 45 percent of the Barstool Sports business is e-commerce, according to a company spokeswoman, while e-commerce revenue increased more than 800 percent from this time in 2016 to now.

For some digital sports publishers such as Bleacher Report, a roadmap to apparel and e-commerce wasn’t apparent, at least at the outset. Its chief brand officer, Ed Romaine, said the company wasn’t too sure their core consumer, which comes to Bleacher Report for sports news and information, would be interested in purchasing apparel. Still, the inflection point came last summer with the 2018 men’s World Cup when the company partnered with hip-hop artists — some established, some on the rise — and created unique soccer jerseys paying homage to each musical talent’s city.

Product sold out in less than a week. For this summer’s women’s World Cup, Bleacher Report debuted a similar initiative as it collaborated with eight female designers and artists to create their individual jerseys.

“We want to increase the volume and frequency of the collaborations, but we don’t want to over-saturate the marketplace,” Romaine said. “Like anything, if you become overexposed, it loses its cachet in some ways.”

Creating exclusivity is at the heart of Bleacher Report’s apparel strategy as well as building franchises that can be replicated. For example, for Dwyane Wade’s season-long goodbye to his NBA career, Bleacher Report created apparel, in partnership with Wade, commemorating his career and childhood as part of the “World Tour” franchise.

Given how some DTC brands who’ve previously only sold online — like footwear company Allbirds and mattress brand Casper — now also have brick-and-mortar shops, Hernandez said he wouldn’t be surprised in the future if a brand like Barstool Sports or Bleacher Report opened a retail shop as part of an omnichannel strategy.

The latter is also concentrated on developing timely product around cultural and trending sports moments. A Bleacher Report spokeswoman said the company is partnering with merchandise manufacturer and distributor BreakingT as it tests products in its MLB streams to gauge fan interest, but declined to elaborate on the relationship.

Even for legacy media companies, such as basketball brand SLAM Media, the “real opportunity is on the merchandise side,” according to Schnur, its chief operating officer.

SLAM’s 25-year history as a print publication may have been hindering the company, Schnur said, because people saw it as an older brand with an older audience. Now, the organization has leaned even further into its heritage, Schnur said, as it released new T-shirts in late June  through its collaboration with Mitchell & Ness Nostalgia Co. Inc., featuring its magazine covers with NBA legends Allen Iverson, Ray Allen and Tracy McGrady. Since pouring more resources into apparel in 2019, SLAM has seen 25 percent month-over-month sales growth.

“We hope to make this a $5 million to $10 million business annually, ideally over the next few years,” he said.