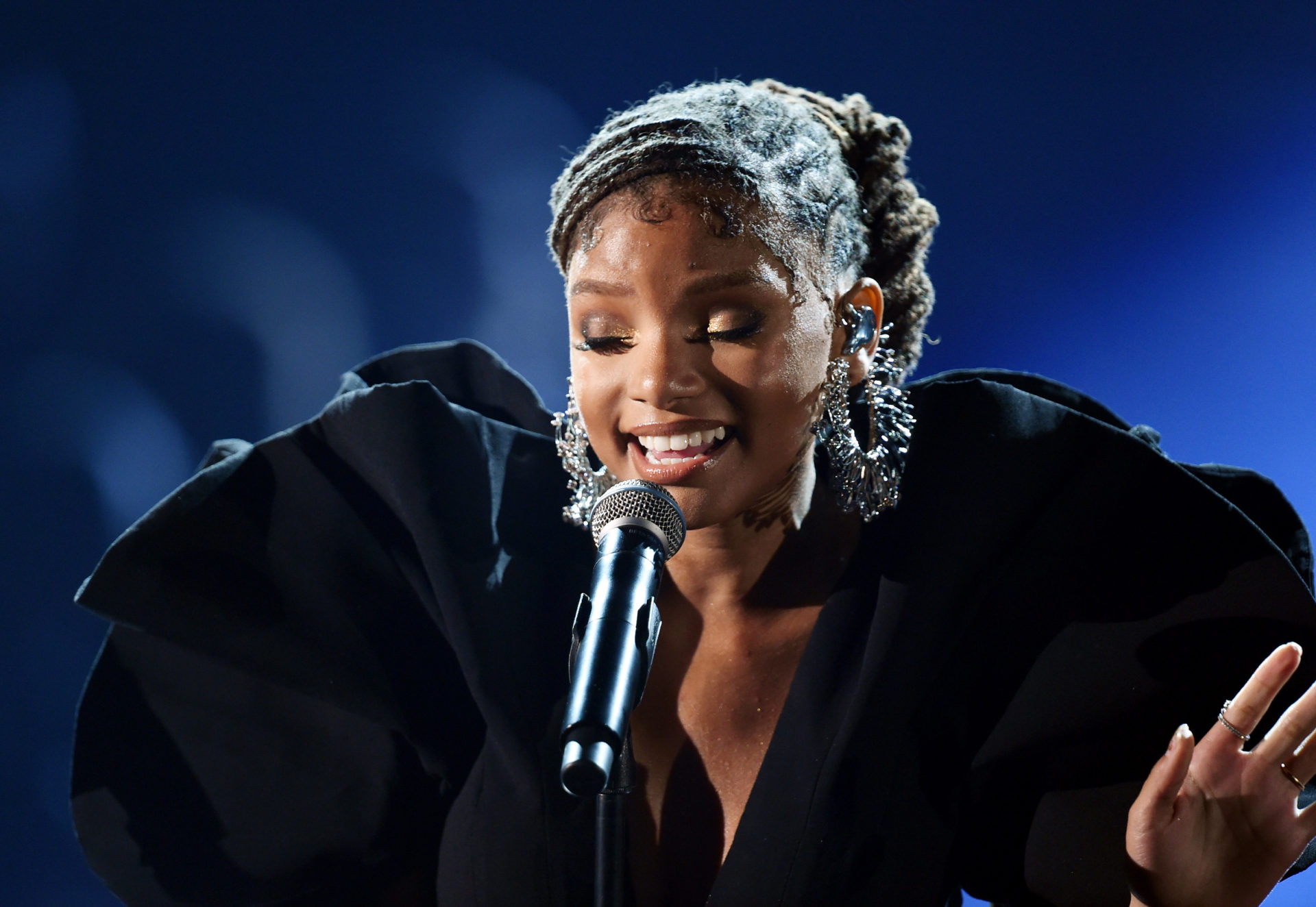 After Walt Disney Co. announced that Halle Bailey would be playing Ariel in the studio’s live-action remake of “The Little Mermaid,” fans took to Twitter to share their reaction to the news. And while social media users expressed both outrage and praise, new Morning Consult/The Hollywood Reporter polling finds that most adults support Bailey’s casting, though the decision proved divisive among Republicans and Democrats.

On July 3, director Rob Marshall said Bailey, an African-American singer and actress best known as a member of the duo Chloe X Halle and a star of Freeform’s “Grown-ish,” had been cast in the leading role in his remake of the 1989 animated Disney film. 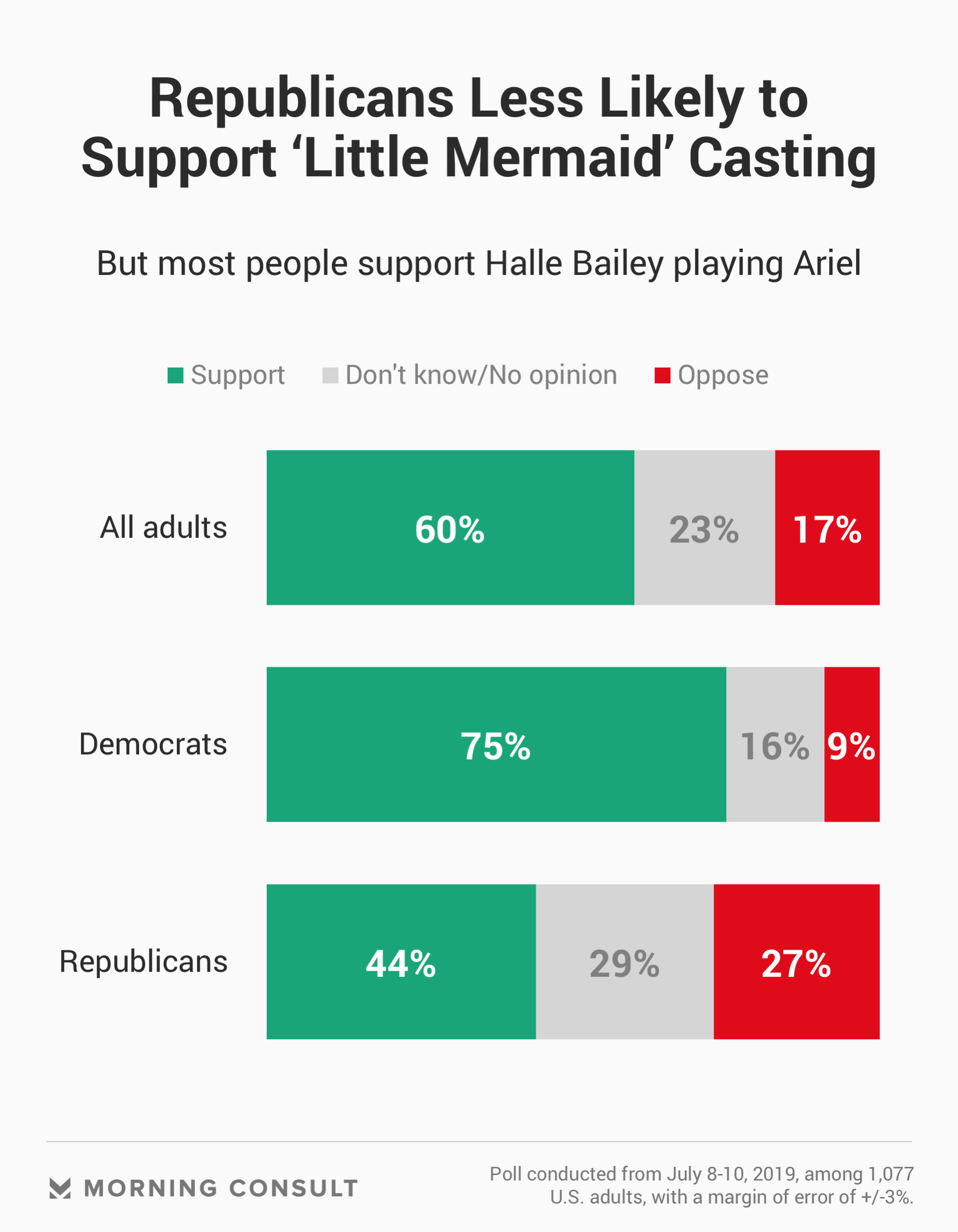 After the news broke, #NotMyAriel began trending on Twitter as some users were upset that an actress of color had been cast as the title character. Others, including actress Halle Berry, Jodi Benson, the voice actress for Ariel in the animated version, and the Disney-owned Freeform network offered support for Bailey.

The July 8-10 Morning Consult/The Hollywood Reporter poll found that 60 percent of the 1,077 U.S. adults who were shown a picture of the actress supported Bailey’s casting. Seventeen percent opposed the casting choice.

The fervor surrounding the decision revealed divides on casting people of color in traditionally white roles. Sixty-two percent of Democrats said they support the idea of having racial and ethnic minorities replace traditionally white characters, while 36 percent of Republicans agreed. Among all adults, nearly half (48 percent) voiced support for such a move.

When it came to Bailey’s casting, 20 percent of the public reported hearing “a lot” about the news, including 25 percent of Democrats. That share fell to 11 percent among Republicans.

The poll’s overall margin of error is 2 percentage points. The margins of error for the Democrat and Republican subsamples are 3 and 4 points respectively.

Respondents were divided into two groups: Half of them were asked whether they supported or opposed the decision to cast Bailey, while the other half were asked the same question while also being shown a picture of Bailey.

Related: Plurality Thinks There Are Enough Diverse Roles in Hollywood