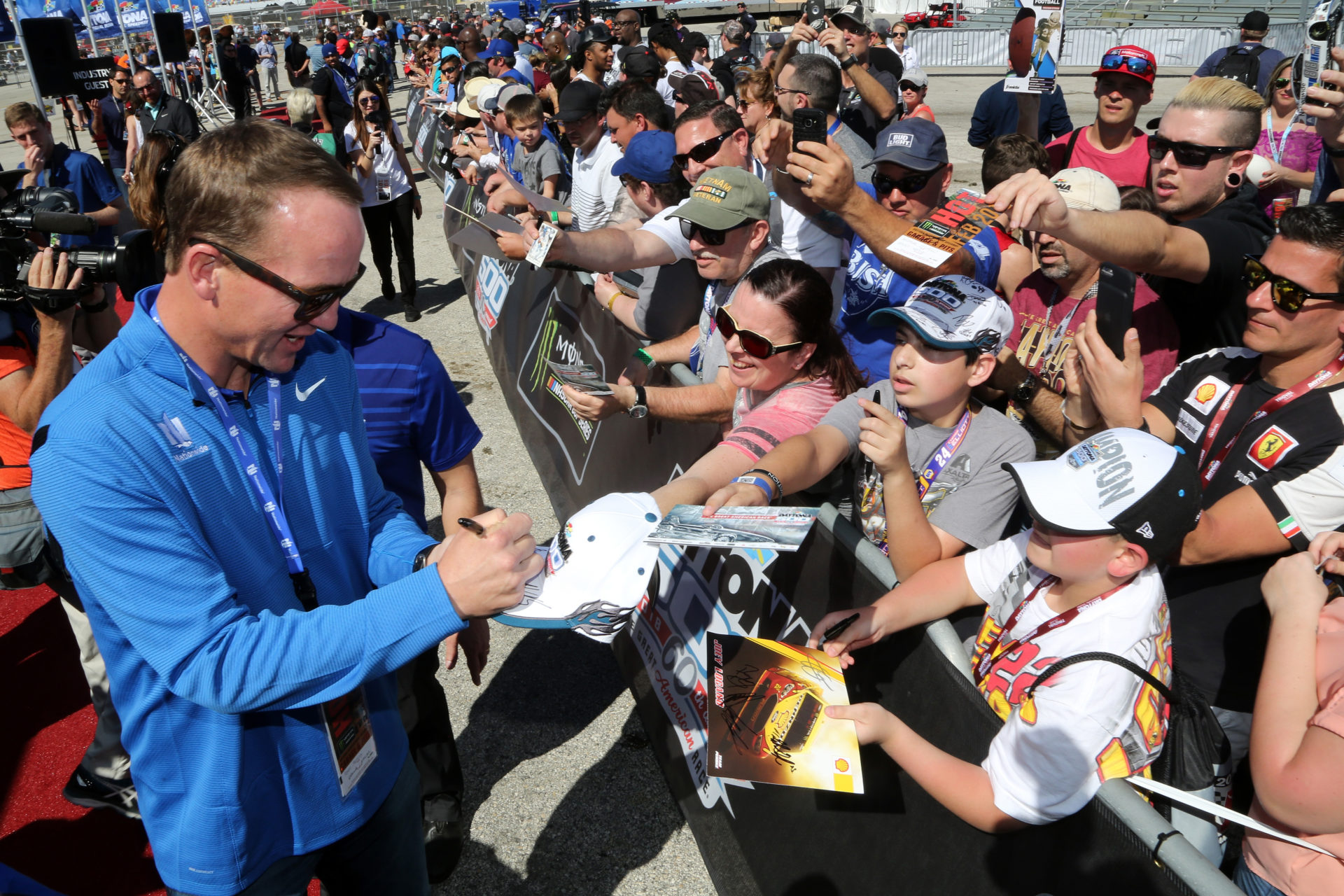 ESPN’s “Monday Night Football” has tried more than once to secure former quarterback Peyton Manning’s services in the broadcast booth since his 2016 NFL retirement — and a new ranking of some of the most high-profile sports media personalities shows why: The two-time Super Bowl champion and future first-ballot Hall of Famer is beloved by sports fans.

A new Morning Consult survey of 565 self-described “avid sports fans” found 79 percent viewed Manning favorably versus 11 percent who had an unfavorable view. The former Indianapolis Colt and Denver Bronco, who later this month debuts a 30-episode docuseries on streaming service ESPN+ spotlighting the biggest moments in NFL history, is ranked No. 1 in net favorability (the share with a favorable view of him minus the share with an unfavorable view) with a rating of 68 percentage points.

The July 1-2 poll, which has a 4-point margin of error for the “avid sports fans” demographic, sought to test the popularity of some of the top figures from who are regularly seen, read or heard in the national sports media landscape. The personalities were pulled from The Big Lead’s list of the 75 most powerful people in sports media.

While Manning — whose “Peyton’s Places” series launches with four episodes on July 29 and one weekly through the end of the upcoming season — narrowly led NBA Hall of Famer and current “NBA on TNT” star Charles Barkley (65 points) in net favorability, 51 percent of avid sports fans said they viewed the former signal-caller “very favorably,” compared with 41 percent who said the same of Barkley.

Manning’s appeal has not gone unnoticed among corporate executives, as marketers have integrated him into hit commercial ads, including his well-known jingle for Nationwide Mutual Insurance Co., a still-active partnership. During his final NFL season, when he won Super Bowl 50, Forbes ranked him as the 27th highest-paid athlete with $34.2 million between salary and endorsements, listing off-the-field partnerships that included Gatorade, Buick and Papa John’s International Inc.

“He doesn’t talk about politics,” he said. “He doesn’t really do anything that would make him divisive.”

The NFL is America’s dominant sports league, home to 40 of the top 50 live sporting events in 2018, according to Nielsen, and Manning was joined at the top of the Morning Consult ranking by a number of media personalities with an ongoing connection to the league. That includes veteran play-by-play commentators Al Michaels of NBC’s “Sunday Night Football,” Mike Tirico of NBC and Jim Nantz of CBS. Avid sports fans also rated Michaels’ color co-pilot Cris Collinsworth and Nantz’s broadcast partner, Tony Romo, highly.

Adam Schefter, ESPN’s NFL Insider, was the first traditional reporter to crack the list at No. 10 with a net favorability of 40 percentage points with avid fans.

The one outlier among the top most-liked media figures was radio show host Dan Patrick, who isn’t a current studio show host. Karen Weaver, a professor of Sport Management in the LeBow College of Business at Drexel University, said Patrick made a name for himself as a SportsCenter anchor and subsequently, developed a loyal following.

“He built up a lot of credibility over the years at ESPN, and then evolved his own style and brand to what his audience responded to,” said Weaver, whose areas of expertise include sports media and finance, especially as it pertains to college athletics.

The survey also suggests that when it comes to generating ratings, popularity isn’t everything: Some of the most well-paid sports media personalities found themselves at the bottom of the net favorability rankings.

Three of the lowest-rated people on the list — Skip Bayless and Colin Cowherd of Fox Sports and Stephen A. Smith of ESPN — are contrarian progenitors of the so-called “hot take,” a deliberately provocative talking point prevalent in today’s sports conversation.

Cowherd and Bayless each earn a reported $5 million-plus on an annual basis and Smith, who has one of the largest Twitter followings among those polled and saw the biggest annual download increase for any ESPN podcast from 2017 to 2018, was said to be in negotiations earlier this year for a new deal worth as much as $10 million. That trio was also one of the few folks on the list to post unfavorability ratings of 20 percent or more among avid sports fans, rivaled only by NBA legend Kobe Bryant and MLB titan Alex Rodriguez, each of whom were also viewed much more favorably than the controversial radio and studio hosts.

Texas Tech’s Sanderson likened the inverse relationship of viewership and popularity to the “car wreck effect.”

“For a lot of people, they get so annoyed and so agitated by them, so they don’t like them at all, but you have to tune in to hear what crazy thing they’re going to say,” he said. “That’s what the network is banking on.”

Sanderson added that he wouldn’t be surprised if those individuals were calculated in what divisive opinions they shared in order to “draw heat,” a coined pro wrestling term sometimes given to an individual who plays a heel role.

Related: For Digital Sports Media, the Goal Is Getting Their Audience to Wear Them
Athlete Favorability Broadcast Football Sports Media