Oprah Winfrey at a presentation for Apple Inc.'s new streaming video service, Apple+, on March 25 in Cupertino, Calif. A Morning Consult/The Hollywood Reporter poll found that $21 was consumers' ideal price to pay in total for all of their streaming services. (Michael Short/Getty Images)
By Kasey Meredith

With streaming services from WarnerMedia, Apple Inc. and Walt Disney Co. getting ready to compete with Netflix Inc., current users of streaming services interested in the new offerings will have to make a choice: Pay more to add to their bundle of subscriptions or drop something to make room for one of the new services.

Morning Consult, with The Hollywood Reporter, asked 2,200 adults in a July 12-14, 2019, survey what they would be willing to pay for all of their streaming services each month. 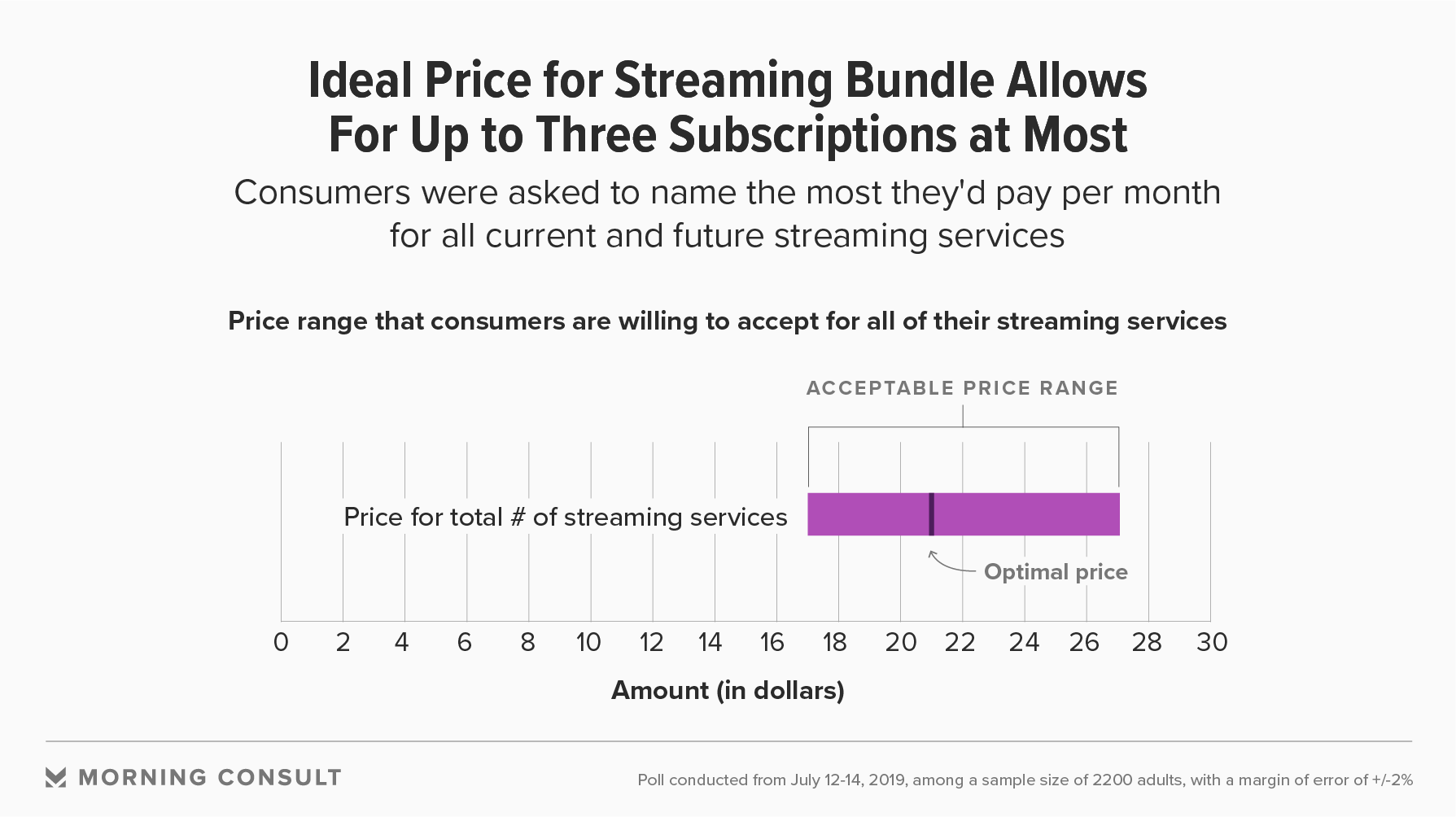 Using the van Westendorp model, which finds an optimum price point for a good or service by considering what prices consumers find to be “too expensive” and “too good to be true,” consumers would be willing to pay between $17 and $27 total for all their streaming services, with the optimal price being $21.

If they kept to the ideal price point, subscribers could have up to three standalone streaming services. For example, they could pay for ESPN+ for $4.99 a month, CBS All Access for $5.99 a month and Hulu for $5.99 a month, all before taxes, which are the three cheapest options. 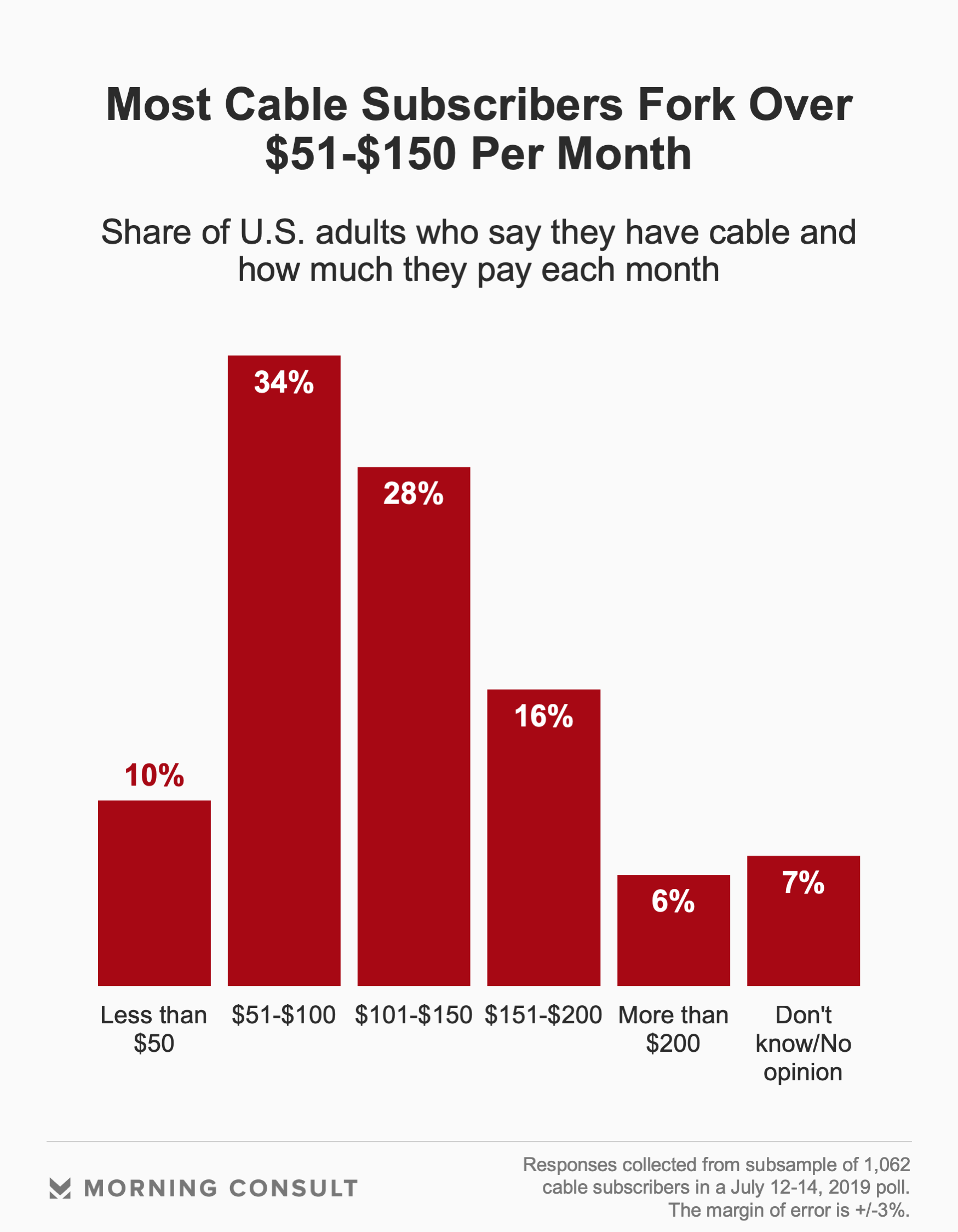 But if they’re fans of “The Office” or “Friends” — two of the most popular shows on Netflix right now — they will have a tough time getting more than two subscriptions together: “The Office” will eventually move to NBCUniversal’s new service, which will cost a reported $12 a month for those who don’t subscribe to pay TV, and “Friends” is moving to WarnerMedia’s HBO Max, which is reported to be slightly more than HBO Now’s $14.99.

On average, consumers said they pay $38.85 a month for streaming services right now, with the median price at $25.

A Jan. 17-19 Morning Consult/The Hollywood Reporter survey that looked at what people would pay for individual streaming video services found that a range of $10-$16 a month was considered a good price point when it came to paying for ad-free services and $8-$12 for services with ads.