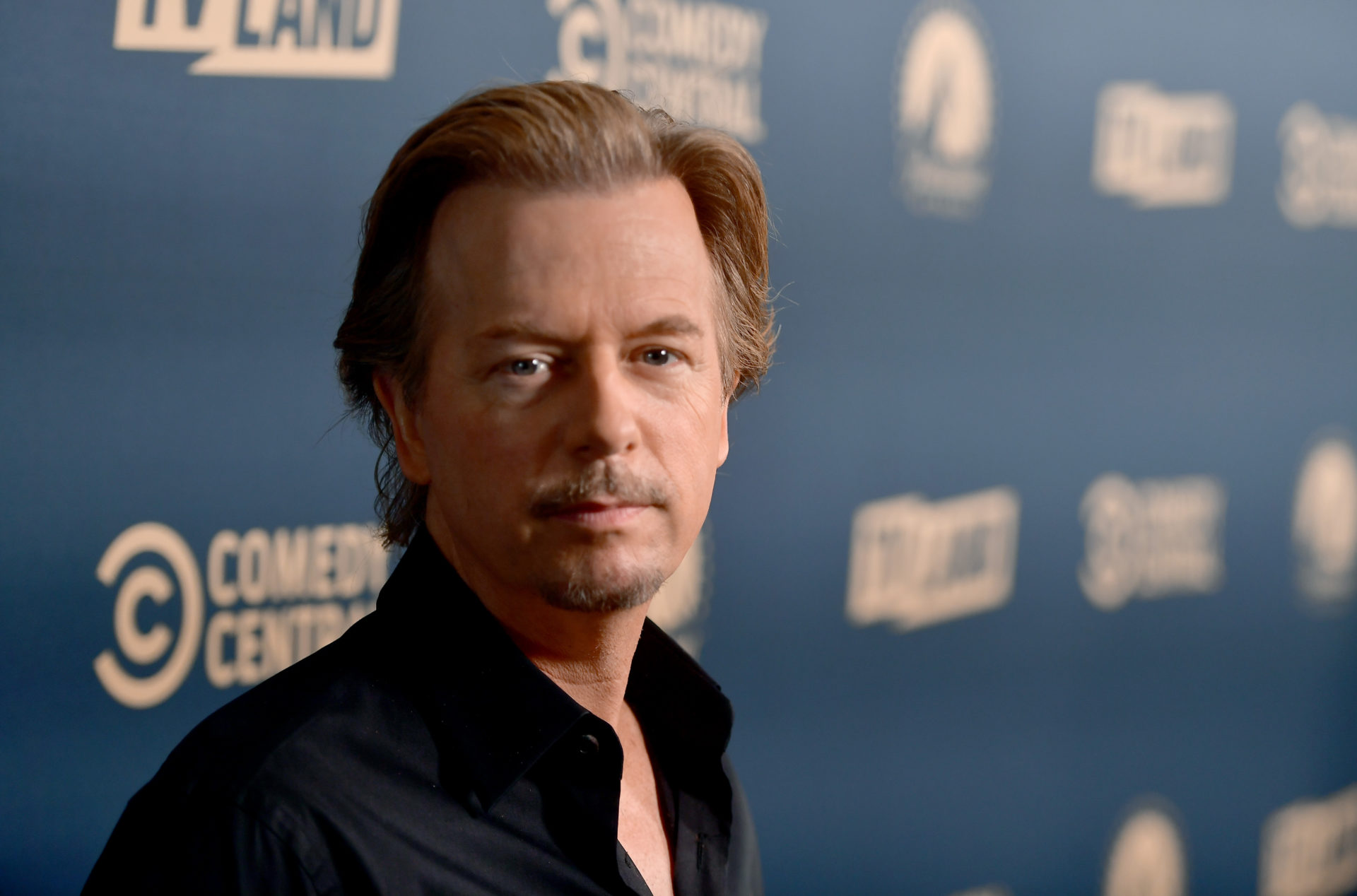 Long before President Donald Trump took office, weeknights on Comedy Central — then the home of “The Daily Show” and “The Colbert Report” — mined politics for humor and defined its late-night brand.

Now, as Trump inspires network late-night hosts such as Seth Meyers and Jimmy Kimmel to make politics a key part of their shows, Comedy Central’s 11:30 p.m. slot will be moving in the opposite direction with David Spade’s new talk show, “Lights Out With David Spade.”

Previous Morning Consult/The Hollywood Reporter polling has shown that people are evenly split on mixing politics and late night, with 39 percent saying they liked it when late-night hosts discussed politics, while 39 percent did not.

For the latter, Spade is ready to give them a late-night option that offers a take on the day’s pop culture news, rather than the political.

In its scripted and late-night programming, Comedy Central has made an effort to cover political events and draw attention to social issues — even bringing in Erika Soto Lamb in September 2018 to serve as vice president of social impact strategy. But according to showrunners and one Comedy Central executive, Spade’s new apolitical show is the perfect fit for 11:30 p.m. and a great companion to network stalwart “The Daily Show,” with its mix of comedy, pop culture commentary and exclusive digital content designed to attract a broad audience.

Jonas Larsen, co-head of original content for Comedy Central, said he sees Spade’s show as a “palate cleanser,” serving to combat the “Trump fatigue” stemming from more politics-driven late-night shows, and as a complement to other programs on the network that dive into political and social issues.

“Having an impact on the social side is very important for the brand. It’s something that we’re really committed to,” Larsen said. “But for people to have a good time, I think is an awesome thing. We don’t have to change the world with every show.”

When asked if there would ever be a time that politics would be discussed on “Lights Out,” Larsen said, “If Adam Sandler runs for president, I’m sure they’ll discuss it.”

Brad Wollack, a “Lights Out” showrunner and executive producer, offered another potential scenario that would bring politics on the show: rapper Cardi B planning a Senate run. (The rapper has joked about running for president.)

Tom Brunelle, also a showrunner and executive producer, noted that political coverage is being done at a “super high volume,” with few alternatives.

“A lot of fantastic people are doing it,” he said.  “What is lacking is somebody not doing it.”

The show, which airs Monday through Thursday, will highlight Spade’s stand-up skills with a traditional monologue each night, before shifting into a panel discussion featuring Spade’s celebrity and comedian friends covering the day’s pop culture happenings. Guests for the first week include Whitney Cummings, Neal Brennan and Dana Carvey. Digital content and outside-the-studio sketches will also be a part of the show.

Wollack also touted the “interactivity” of “Lights Out” as another factor that will set it apart from other late-night offerings — not only involving the audience, but bringing in members of the comedy community through technology such as FaceTime. 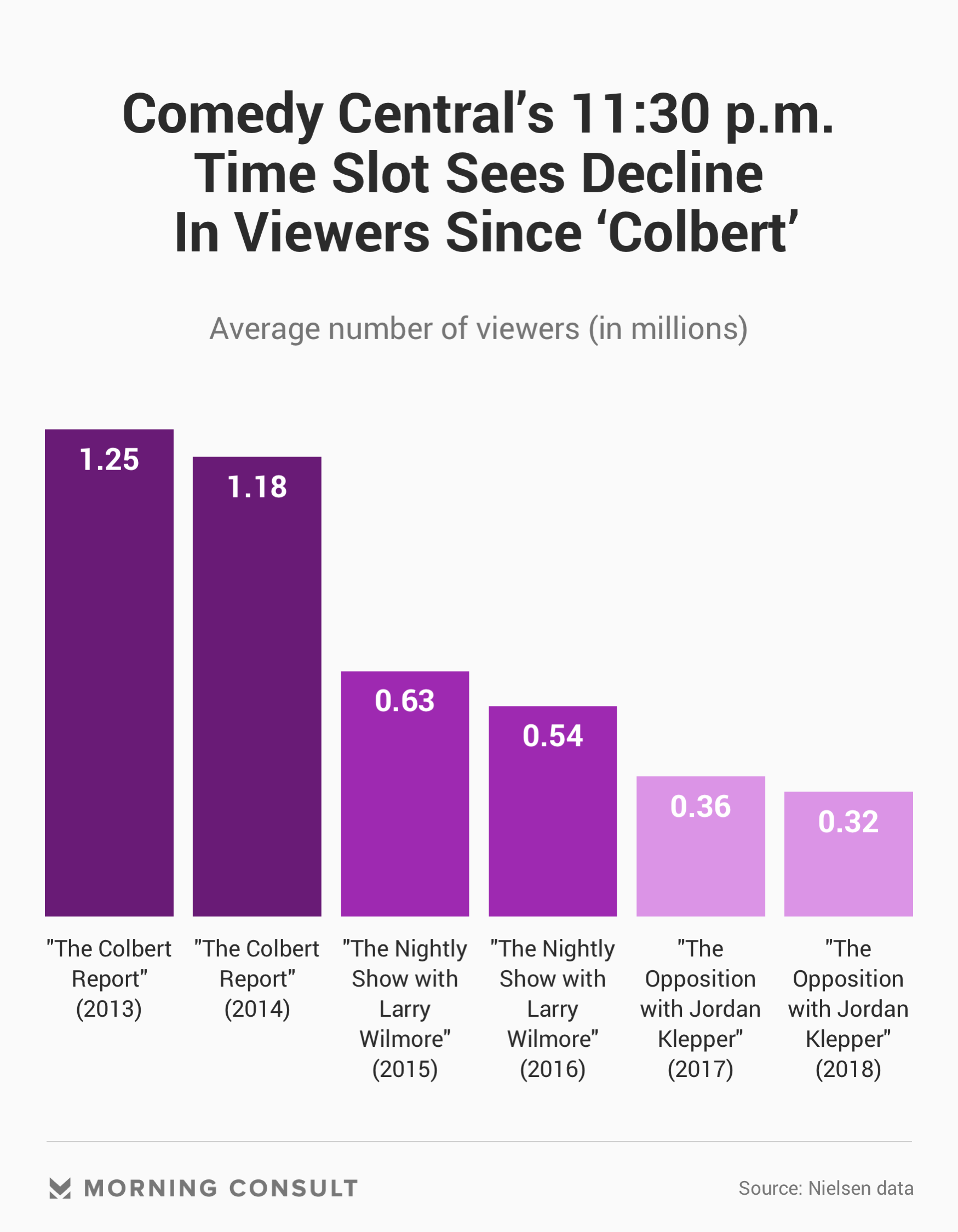 Spade will be taking over a time slot that has seen a decline in viewership since 2013. After Stephen Colbert’s “The Colbert Report” ended in 2014, two other politics-focused programs have held the slot: “The Nightly Show with Larry Wilmore,” which ran from January 2015 to August 2016, and “The Opposition with Jordan Klepper,” which aired from September 2017 to August 2018.

Larsen said he is “super proud” of previous shows in the 11:30 time slot but acknowledges that they “didn’t connect with audiences.” Spade’s show, he said, will serve as more of a complement to Trevor Noah’s “The Daily Show.”

In terms of drawing viewership, Wollack said he believed Spade will attract an audience just by being himself.

“Our goal is to just make a great show every night,” he said.  “And the people that are looking for this type of show, they will find it.”