Here Are the Issues Where Stars Can Get Political 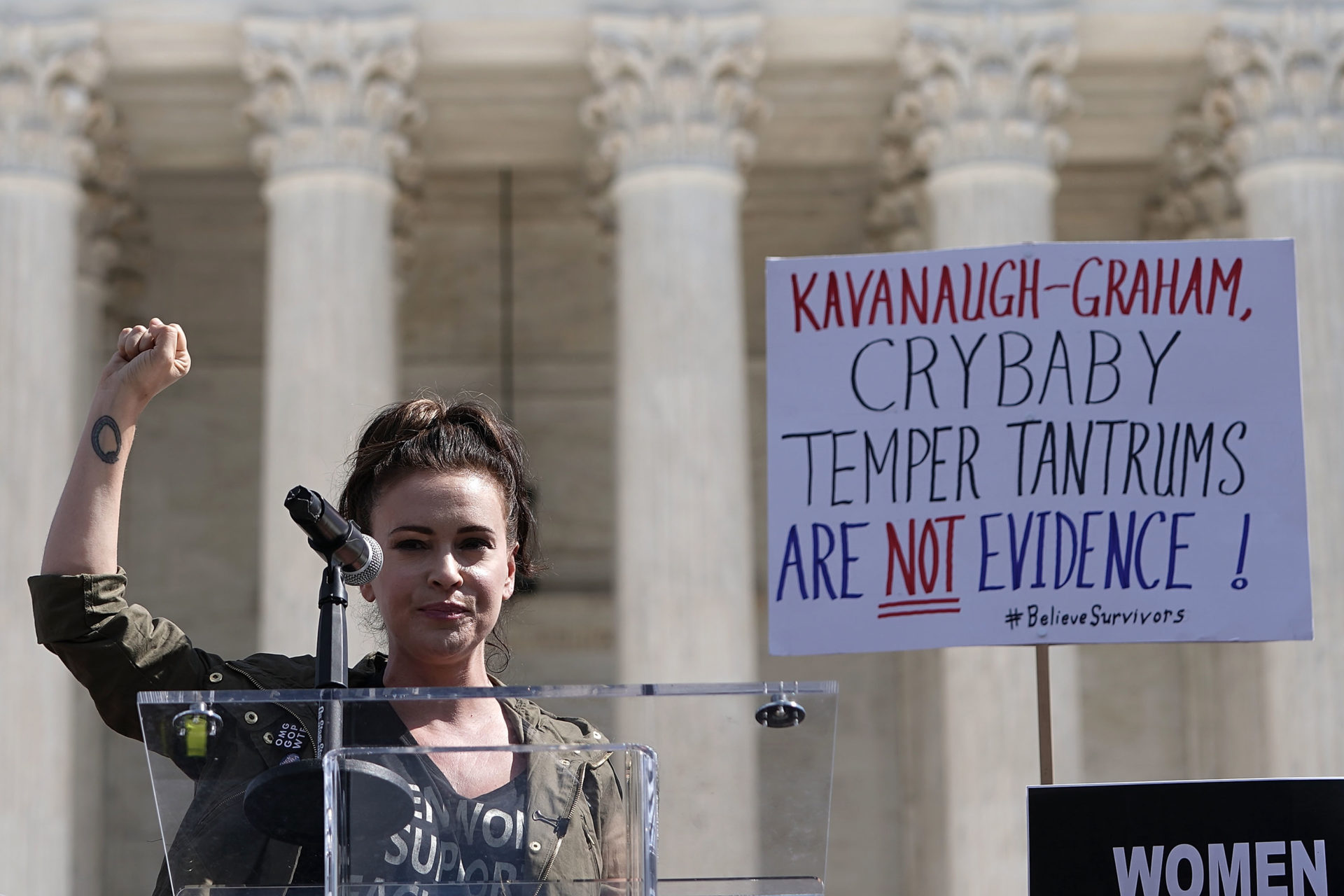 Actress Alyssa Milano speaks during a rally to drop Brett Kavanaugh's nomination in front of the U.S. Supreme Court Sept. 28, 2018, in Washington, DC. There is net positive support for celebrities speaking out in favor of the #MeToo movement. (Alex Wong/Getty Images)
By Joanna Piacenza

The proliferation of social media has chipped away at the wall between celebrities and their fans like never before. But such technological advances have also amplified the reach of many political social movements, sometimes leaving those stars with a finer line to walk when it comes to voicing their views on hot political topics.

New Morning Consult/The Hollywood Reporter polling shows how the country responds to stars opining about issues such as the rights of athletes to kneel during the national anthem or so-called transgender “bathroom bills.” 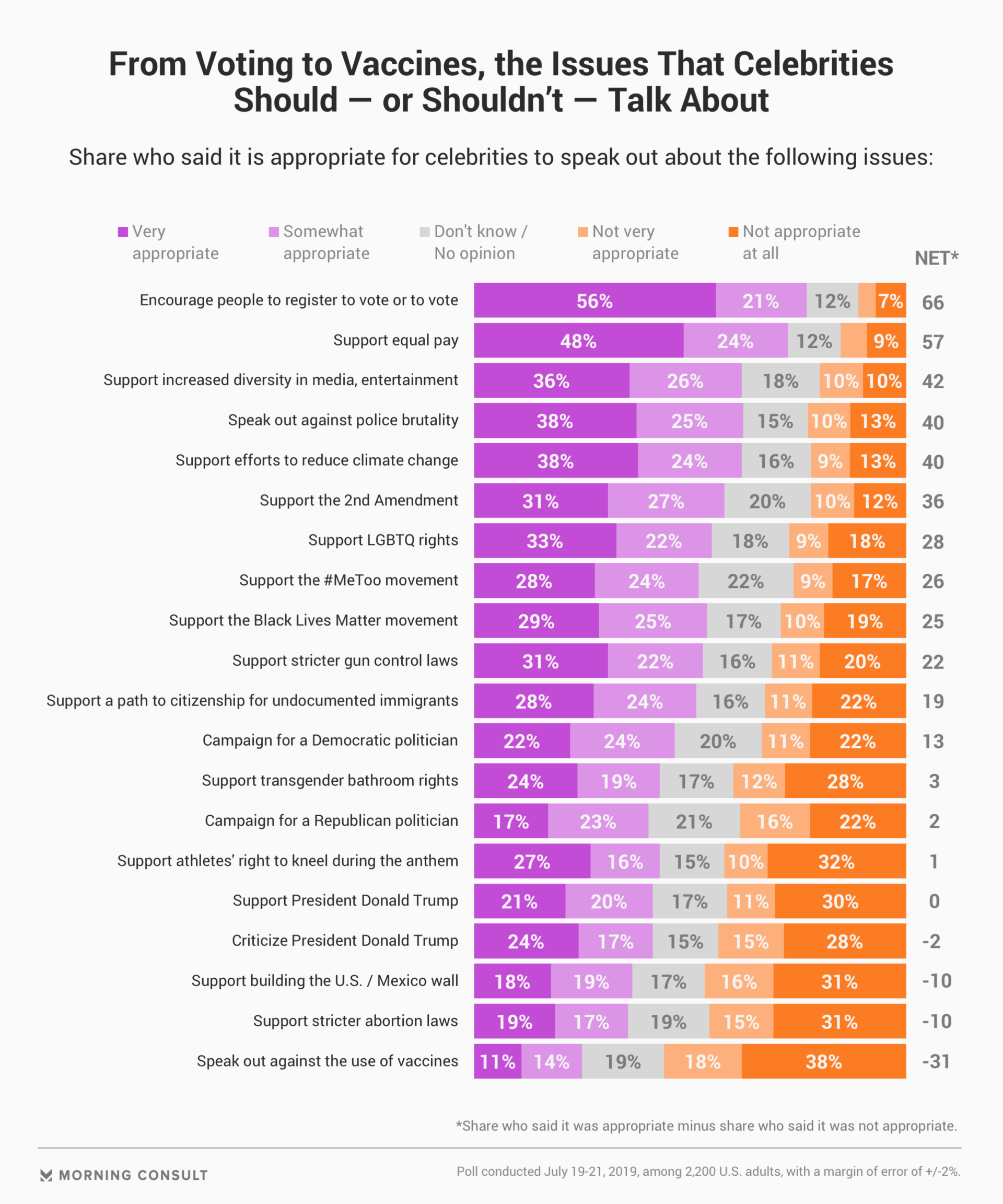 Although for many issues listed in the survey of 2,200 U.S. adults — including supporting stricter gun control laws or supporting a path to citizenship for immigrants living in the country illegally — there’s net positive support for celebrities speaking out, roughly 3 in 10 respondents said taking a stance on those issues was inappropriate. Strictly political topics, such as criticizing President Donald Trump or supporting a partied candidate, are quite divisive.

For instance, the survey indicates that stars should steer clear of speaking out against vaccines, yet many continue to express their thoughts about the topic — and face backlash for doing so.

Actress Jessica Biel stirred up controversy when anti-vaccine activist Robert F. Kennedy Jr. posted an Instagram photo of himself alongside the “The Sinner” actress. The two were allegedly lobbying against SB276, a California vaccination bill that would require doctors to sign off on requested vaccination exemptions. Biel later posted that she personally supported mandatory vaccinations but was fighting for medical exemptions.

The July 19-21 survey has a margin of error of 2 percentage points. 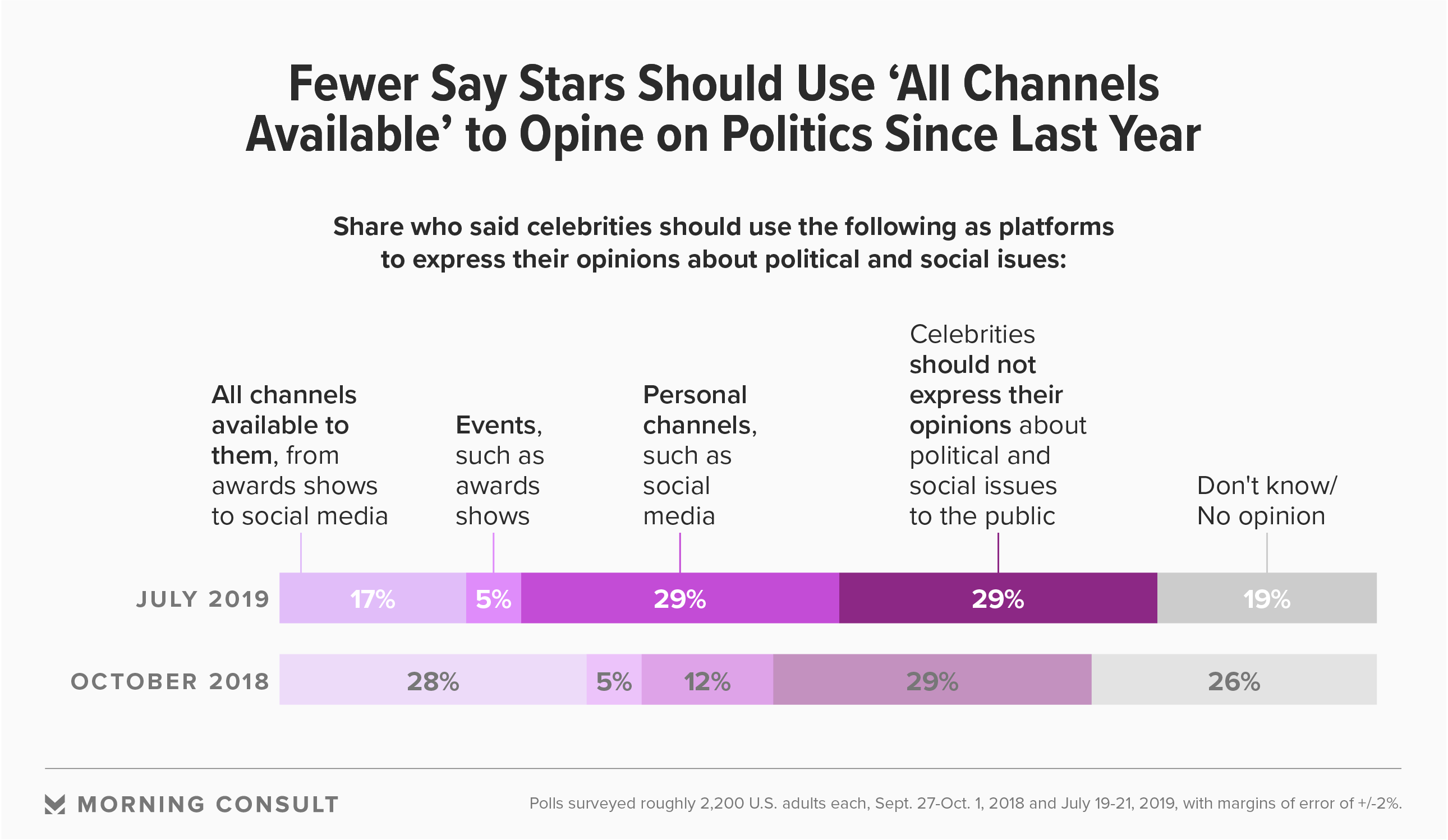 The country has also become more restrictive of the spaces in which celebrities can speak on these issues.

Compared to an October 2018 poll, respondents were 11 points less likely to say that stars should use all channels available to them, from awards shows to social media, to discuss important political topics, and they were 17 points more likely to say celebrities should mostly stick to their personal channels when posting about political and social issues.