ESPN’s ‘The Ocho’ Is Back, but Is Axe Throwing a Sport? We Asked.

Poll gauged attitudes on whether 99 activities, from kickball to kabaddi, were sports 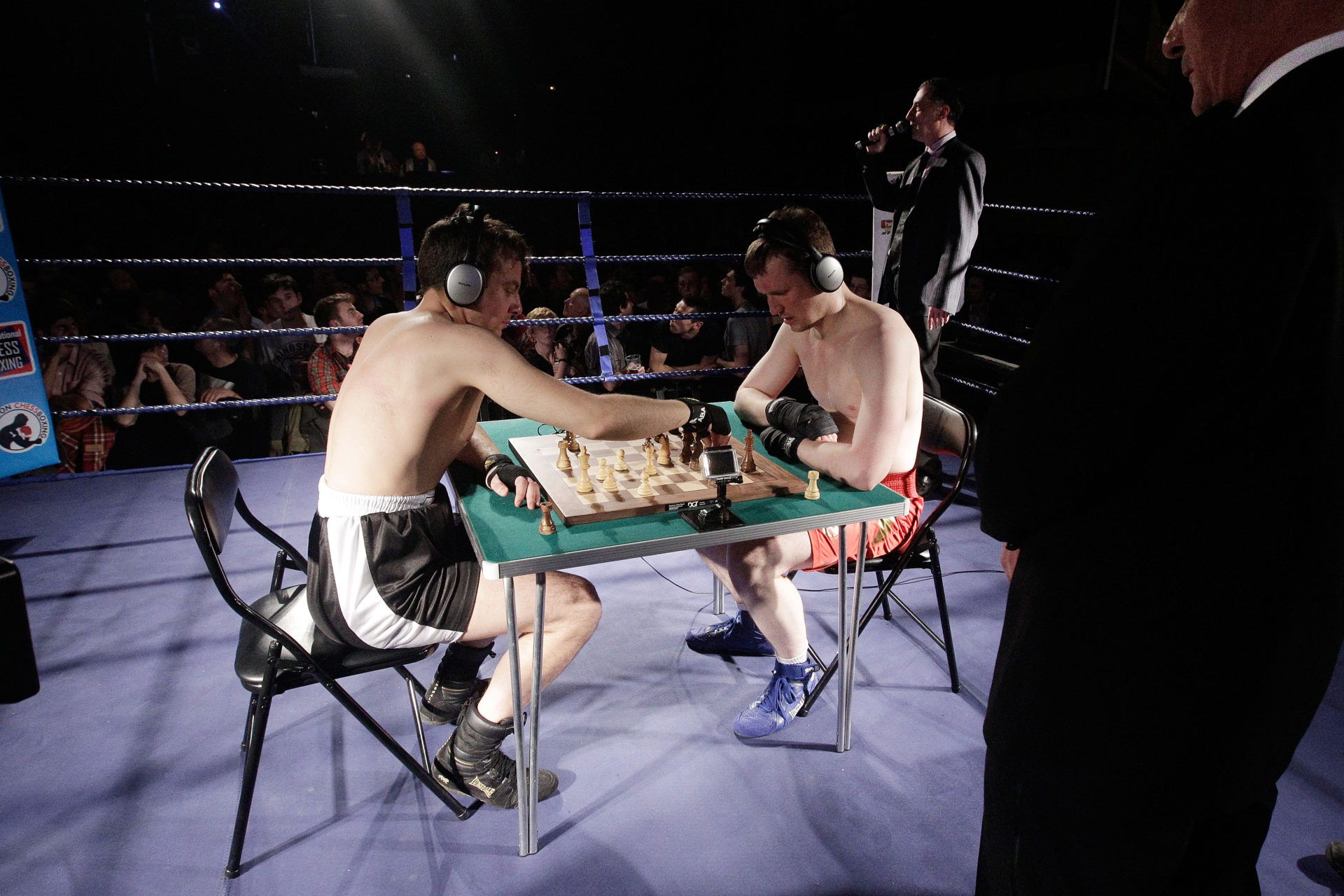 Mike "The Bedfordshire Bull Botteley," left, takes on Chris "The General" Levy during a chess boxing bout in London in 2012. A new Morning Consult poll shows U.S. adults are divided over whether it qualifies as a sport. (Matthew Lloyd/Getty Images)
By Mark J. Burns & Joanna Piacenza

“The Ocho” returns Wednesday to ESPN for a third year in a row. Inspired by the 2004 comedy “Dodgeball: A True Underdog Story,” which featured the satirical “ESPN8: The Ocho” channel, the day is dedicated to broadcasting “unique sporting events.” This year, that includes activities such as chess boxing and lawn mower racing.

But is arm wrestling, which airs at 8 a.m. ET on ESPN2 during The Ocho’s broadcast, a sport?

Sixty-five percent of U.S. adults said it was, according to a new Morning Consult poll, which gauged the attitudes of 2,200 respondents on what qualifies as a sport and whether a long list of activities make the cut.

Dodgeball, the game that inspired the day-long broadcast, earned high marks: Seventy-seven percent said it was a sport, giving it the most credibility among the activities earning air time in The Ocho’s latest installment. 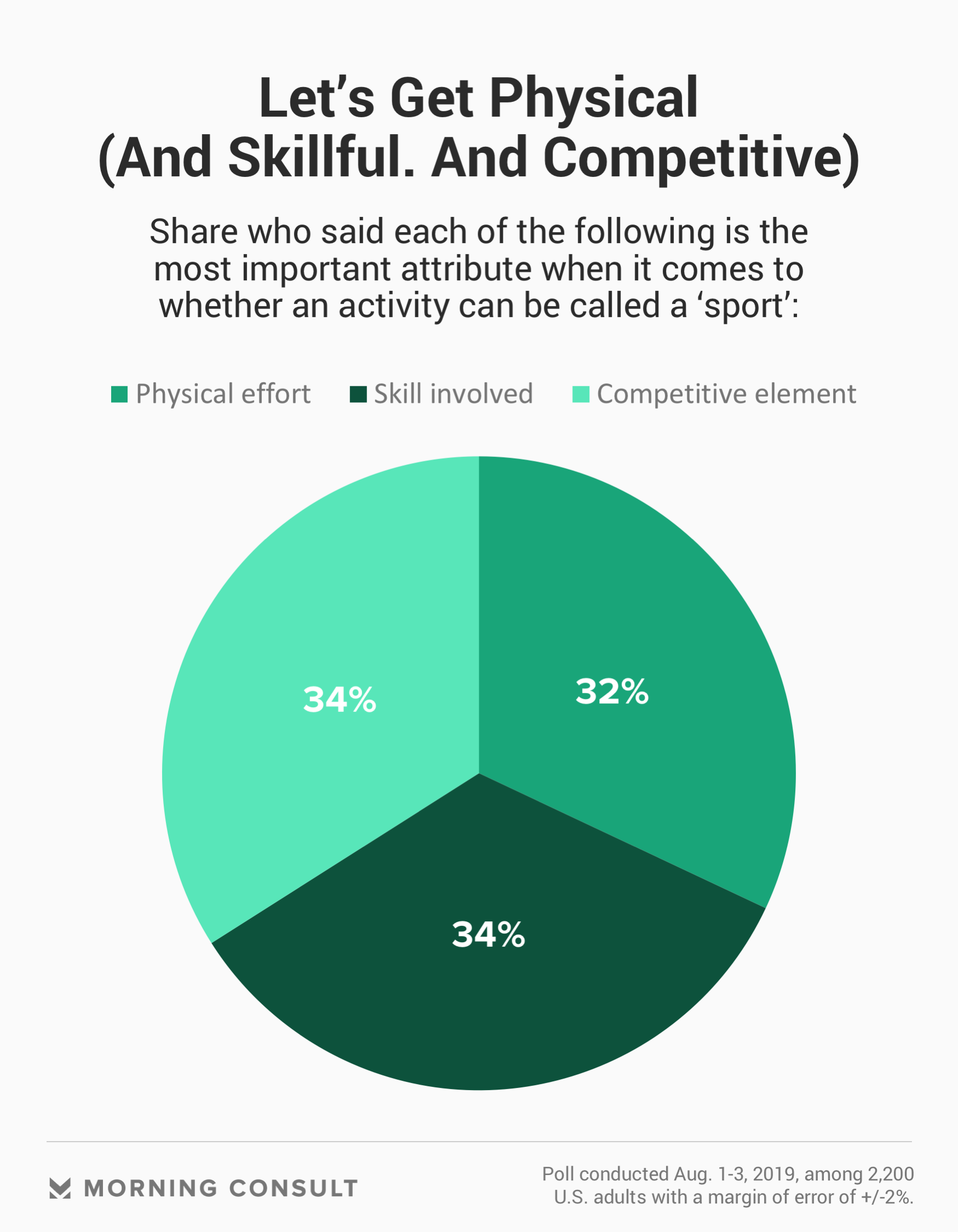 Last year on ESPN2, The Ocho’s most-viewed event was the prime-time broadcast of the Dodgeball World Cup, which drew 247,000 average viewers. The Ocho’s average total audience rose 150 percent from 2017 after it moved to “The Deuce” from ESPNU in 2018.

Definitions of what qualifies as a sport usually include some combination of three criteria: physical exertion, a demonstration of skill and a competitive element. Respondents roughly weighed each of those attributes equally.

The public ranks this week’s featured events quite low in comparison with more traditional sports such as basketball or soccer, including stone skipping (16 percent say it’s a sport), stupid robot fighting (14 percent) and competitive pizza making (13 percent). On average, 30 percent of the public deems The Ocho’s offerings as sports.