64% say most of their purchases are in-store vs. 71% who said the same last year 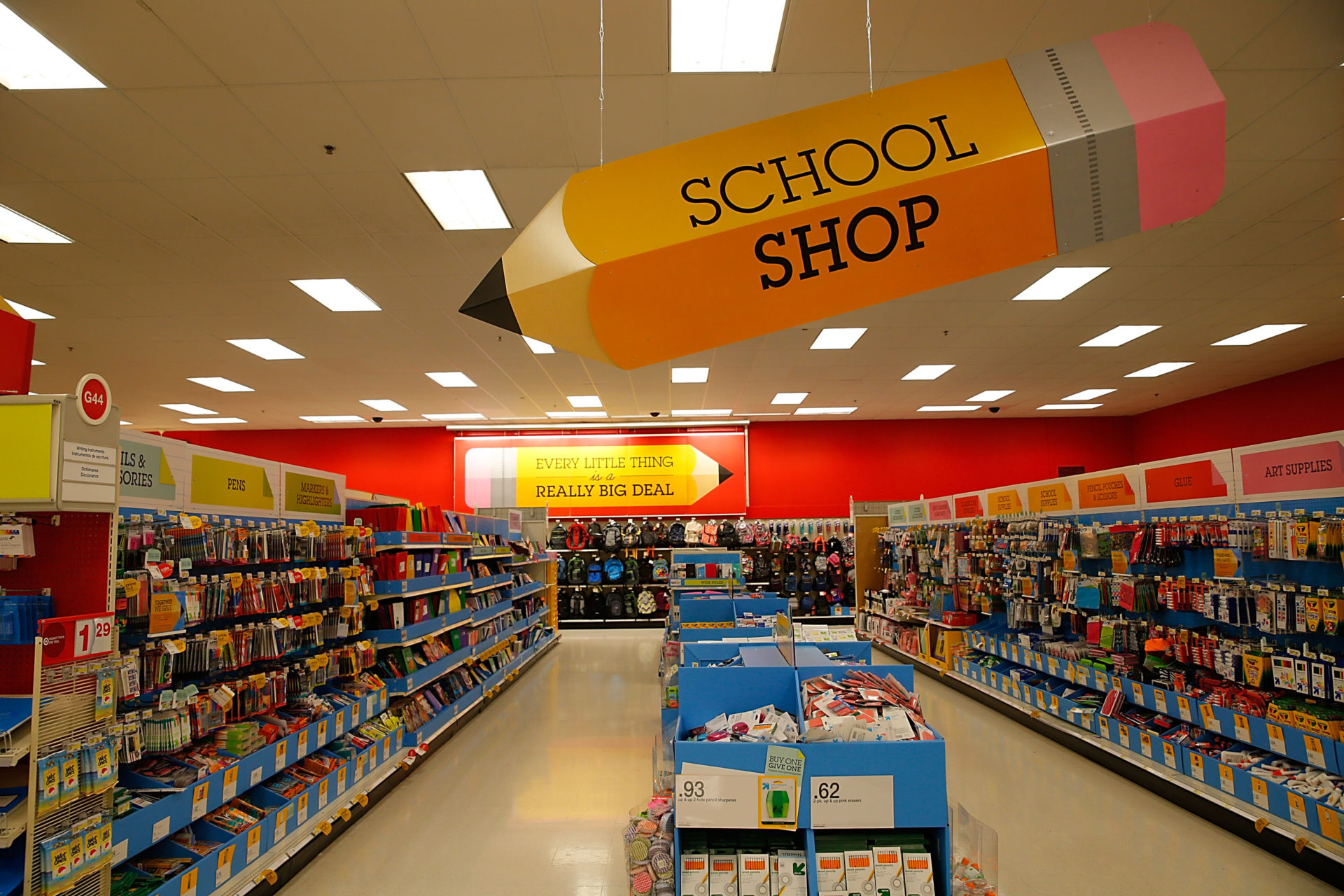 Back-to-school shopping displays at a Target in West Hollywood, Calif., in 2014. (Joe Scarnici/Getty Images for Target)
By Kasey Meredith

In this year’s back-to-school shopping season, more consumers are cutting back on their trips to the brick-and-mortar stores compared to last year as they shift more of their buying online, according to Morning Consult polling.

In an Aug. 1-3 survey, conducted among a sample of 454 parents with children under the age of 18, 64 percent said they tend to shop more in stores compared to online or equally online and in store, down from 71 percent who said the same last year. Both the 2019 survey, which had an overall sample size of 2,200 U.S. adults, and the Aug. 2-6, 2018, survey of 459 parents have a margin of error of 4 percentage points.

But that doesn’t mean that online shopping fulfills most of the parents’ back-to-school needs: The share who tend to rely on e-commerce rose just 1 point, from 7 percent to 8 percent, over the past year.

Instead, 26 percent of parents said they are shopping online and in-store equally, compared to 19 percent who said the same last year.

The drop in parents who favor in-store visits might explain why fewer parents (83 percent) say that they plan to go shopping with their children compared to last year (88 percent).

As for the back-to-school purchases themselves, school supplies are the most popular item, with 93 percent of parents saying they plan to buy them, followed by clothes at 89 percent. 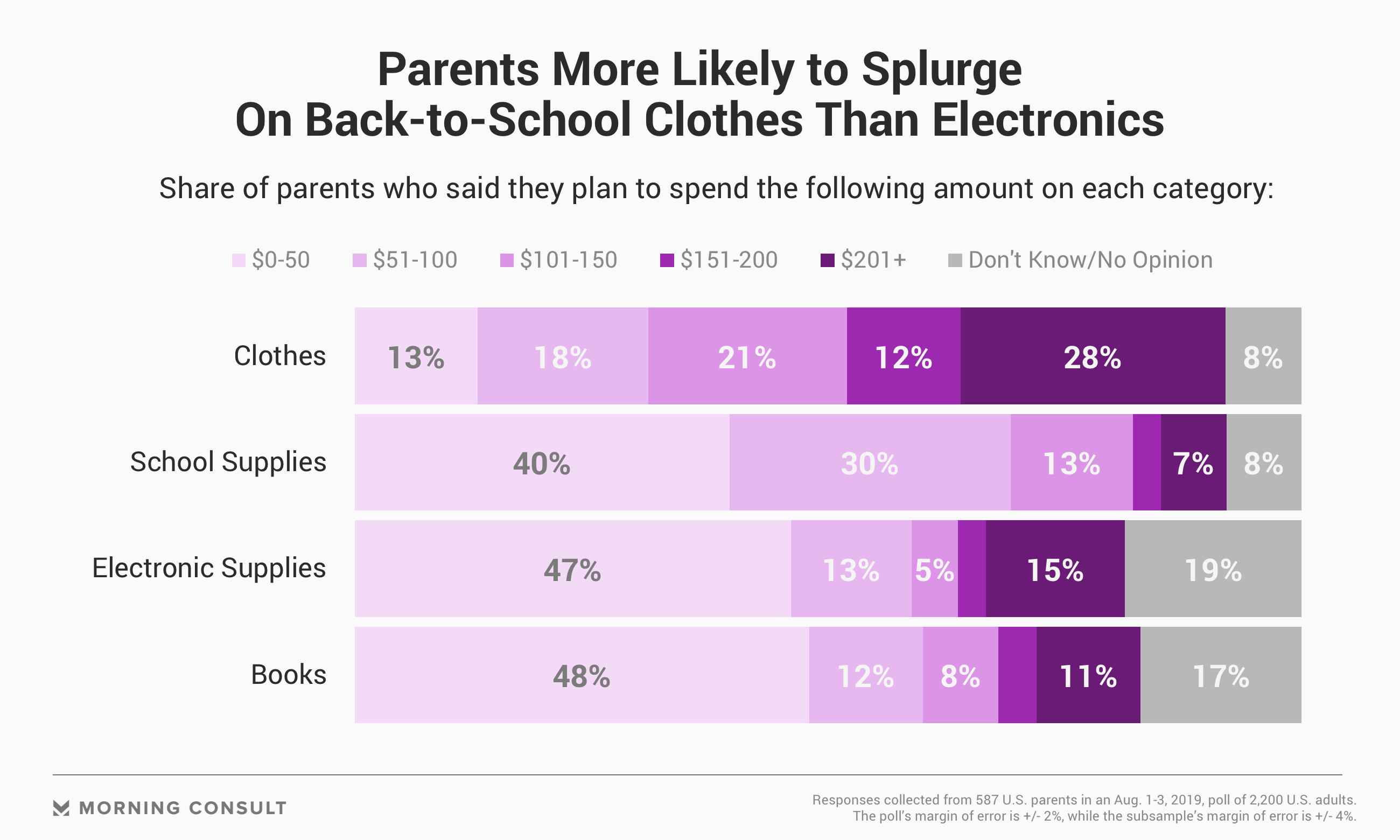 The share of parents with children under 18 who said they planned to spend more this year during the back-to-school shopping season is 33 percent, statistically on par with last year’s 30 percent, while 13 percent said they would spend less than they did last year and 55 percent said their spending would not vary.