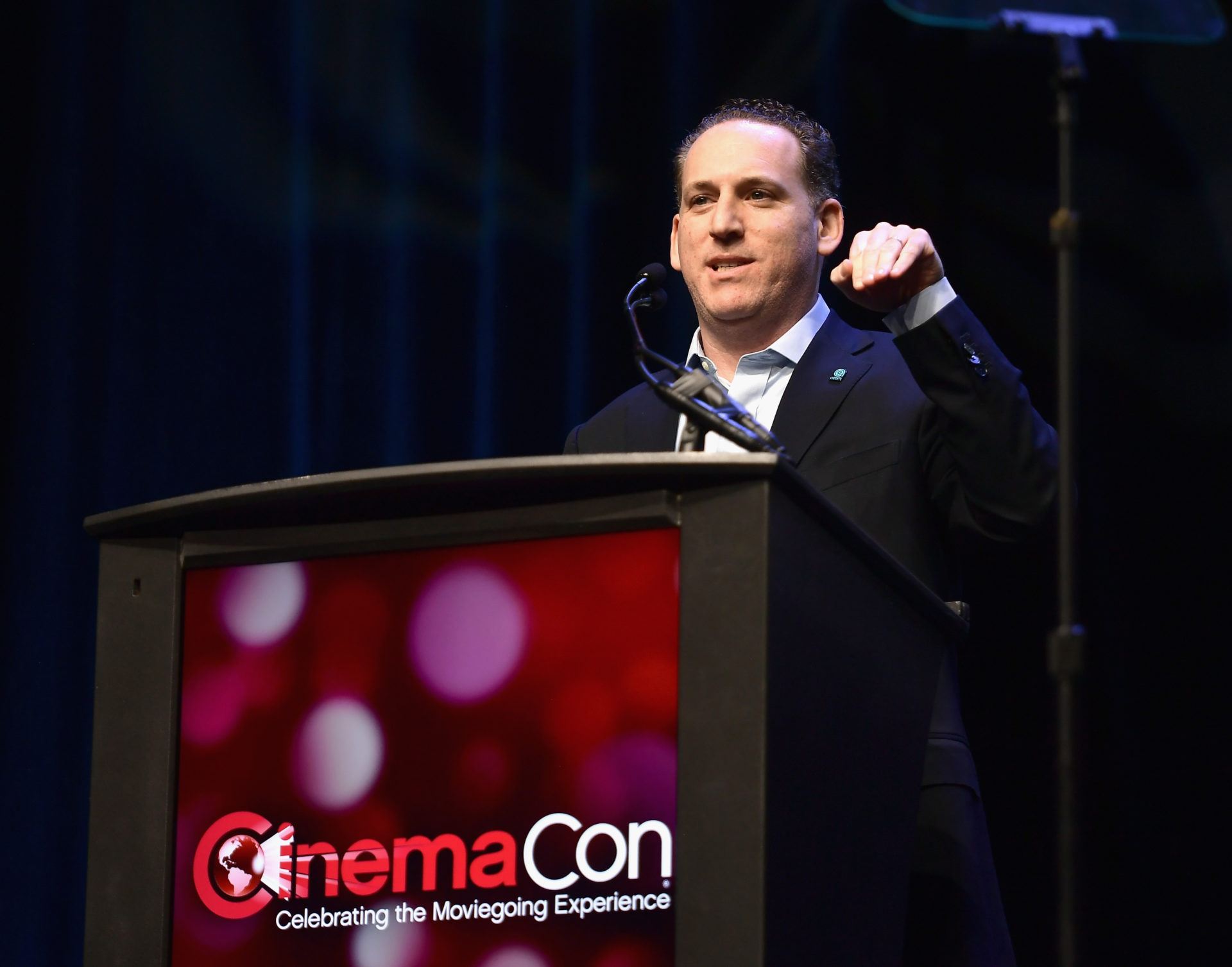 Atom Tickets Co-Founder and Executive Chairman Matthew Bakal speaks onstage at CinemaCon 2019- Frankly Speaking: The Ever-Changing World of Filmmaking Today, Tomorrow and Beyond on April 4, 2019, in Las Vegas, Nevada. Atom Tickets is partnering with The Trade Desk to provide real-time data on the success of film marketing campaigns. (Matt Winkelmeyer/Getty Images for CinemaCon)
By Sarah Shevenock

The Trade Desk Inc., a global, independent technology platform for buyers of digital advertising that represents the advertisers, and Atom Tickets, an online service that allows consumers to purchase tickets and concessions before arriving at the theater, have entered an exclusive partnership that will allow movie studios to see how much of their programmatic advertising spend directly results in ticket sales, enabling them to more accurately measure their return on investment. This partnership — the first of its kind — will give marketers access to data that will help them better tailor marketing campaigns to consumer demand.

Traditionally, film marketing campaigns have measured success in two ways: campaign performance and business outcomes. The former measures how many people the marketing reached, while the latter is  a measure of how many products — in this case movie tickets — have been sold.

This partnership will make use of anonymized Atom Tickets’ purchase data, now powering movie-ticketing attribution on The Trade Desk platform. The data will allow The Trade Desk to not only know when consumers are exposed to an ad, but also when tickets are purchased via Trade Desk-flighted ads.

Studios have typically used traditional key performance indicators to measure engagement through metrics, including trailer views and site visits, but have not been able to see which specific parts of a campaign are directly driving ticket sales. This blind spot has at times led to films performing poorly at the box office, according to The Trade Desk’s chief strategy officer, Brian Stempeck. Stempeck said that studios don’t always know they are running a poor marketing campaign until they see the film’s low box-office return.

This partnership, which launched in July, is looking to change that.

“With targeting and measurement, we can predict with real-time — and historical — data, what will successfully launch a film,” Stempeck said.

Access to this data will give movie marketers the ability to adjust and optimize their campaigns in real time, allowing them to react quickly to consumer behavior. For example, if the data shows that consumers in one city are responding positively to a campaign and purchasing many tickets, the studio has the option to increase its ad spend in that area. Conversely, if another city is not purchasing tickets in response to ads, the studio can reduce its ad spend in that city, or revamp the campaign to reach audiences in a new way. This service will ultimately help studios save money in the weeks leading to a film’s opening weekend.

Stempeck said that The Trade Desk/Atom Tickets partnership is part of a “broader trend” in which more companies are providing their own data for measurement, resulting in “a huge win for marketers.”

Currently, The Trade Desk is exclusively partnering with Atom Tickets, which is accepted at movie theaters including AMC Entertainment Holdings Inc., Cinemark USA Inc., Landmark Theatres and National Amusements Inc.’s Showcase Cinemas. While that means the partnership excludes tickets that are purchased through other apps, other websites or directly from the movie theater box office, Atom’s millions of monthly movie ticket sales provides a data set that satisfies a representative sample of a movie’s ultimate audience profile.

Atom Tickets Co-Founder and Chairman Matthew Bakal views the company’s volume of ticket sales as one of its strengths, paving the way for a successful partnership with The Trade Desk.

“We are in a unique position in that we have anonymized data on our customers that, when coupled with The Trade Desk, allows studios to anonymously identify and replicate customer patterns in real time,” Bakal said. “The result for studios is power: this first-to-market data intelligence maximizes the effectiveness of the studios’ ad dollars during the short, critical and expensive time period before a movie opens.”

Correction: A previous version of this story misstated Brian Stempeck’s title due to incorrect information provided by the company.