Despite automaker support for the mandate, state car dealers’ group won’t rule out a legal challenge 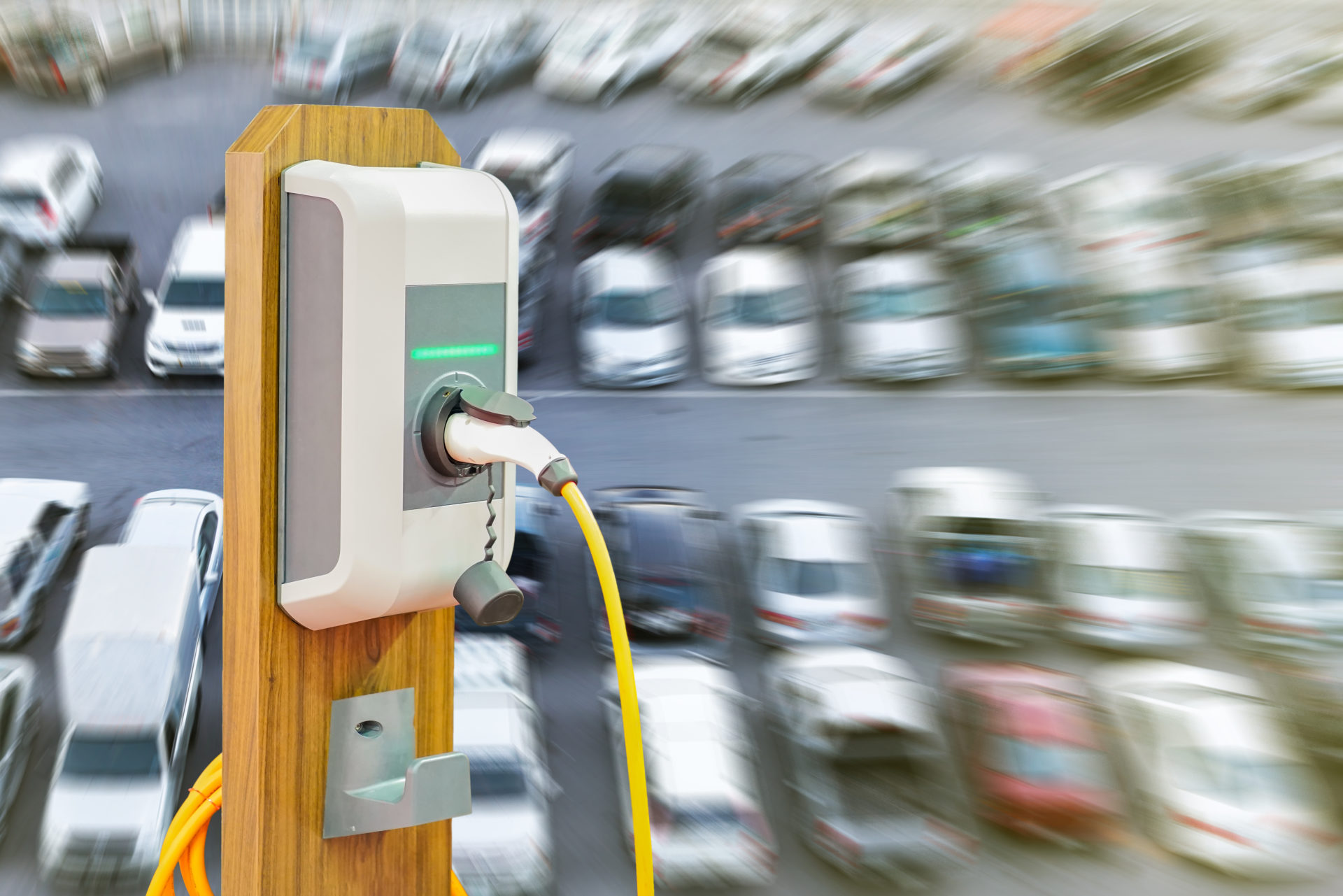 A photo illustration shows an electric vehicle charging station and cars in the background. Colorado recently became the 11th state in the nation to adopt a zero-emission vehicle mandate. (Getty Images)
By Jacqueline Toth

Seven months after Gov. Jared Polis (D) signed an executive order to support the transition to electric vehicles in Colorado, the state last week became the 11th in the nation — and the first in more than a decade — to adopt a zero-emission vehicle mandate. Now state officials are working to ensure the mandate brings about critical emissions reductions.

The rule, which Colorado adopted Aug. 16, requires ZEVs to constitute about 5 percent of passenger cars and light-duty trucks that manufacturers sell to the state by 2023 and about 6 percent by 2025, using a formula developed by California that allows automakers to build up program credits based on the electric cars’ range. Under Colorado’s consensus agreement with industry, manufacturers can opt to accrue those credits for eligible sales earlier than 2023.

That consensus with automakers marked the first time a state adopted the ZEV mandate with a regulation negotiated with the industry, potentially establishing a model that other states could follow after what has been a dearth of ZEV enforcement since Maryland began to implement its ZEV requirements in Model Year 2011 after adopting standards in 2007.

The Colorado Energy Office intends to follow up on preliminary conversations held with automakers in May on the state’s existing assignable tax credit, said Will Toor, executive director of the office. The department is a non-regulatory division in the governor’s office that works to inform state energy policy and back projects supporting affordable and accessible energy.

That credit allows car shoppers to receive the amount of the state’s current $5,000 tax credit for electric vehicle sales and a $2,500 credit for leases at the time of sale, if they assign the credit to a dealer or financing agency. The state wants to hear from industry on how best to make that incentive work, Toor said.

“I think there will be a lot of interest in it, since it’s essentially an opportunity for the industry to maximize the use of the state incentives to help move electric vehicles” and ensure they are complying with and exceeding the mandate’s requirements, Toor said, citing the success Nissan Motor Co. has had with the assigned tax credit in Colorado.

At the same time, the possibility lingers of a court challenge from car dealerships disgruntled with the new requirements. Car dealers could lose maintenance and repair revenue due to the mandate and face advertising and training costs from expanded ZEV offerings, according to a regulatory analysis by the state.

The Colorado Automobile Dealers Association, which is separate from the car manufacturers who participated in the state’s ultimate agreement over ZEV and which opposes the new mandate, is “waiting to see what is next,” said Matthew Groves, the association’s vice president of legal, regulatory and compliance. The group had sued the state over its separate, low-emission vehicle standards, and it is “possible” the group’s board will decide to take the state to court over the ZEV mandate, Groves said.

Global Automakers, a D.C.-based association for international motor vehicle manufacturers that work in the United States, did not respond to requests for comment.

Along with the state energy office, Colorado’s Department of Public Health and Environment is also interested in exploring ways to inform consumers about electric vehicle offerings. The auto manufacturers will need to engage with car dealers, and the department’s Air Pollution Control Division wants to be part of that discussion, said Garry Kaufman, who directs the division.

Groves, however, cast doubt on the idea that the unclear communication of incentives through credits or a dearth of electric vehicle options are factors holding consumers back from buying an electric car.

“I think the state is wanting us to help market away anxiety over the range, when the only way to be able to do that is to make a car that can go further,” Groves said. While the association is “all about marketing cars,” he added, “we can’t lie about their capabilities.”

Still, Groves said the association “had a very warm reception from commissioners” on the dealers’ efforts to encourage fleet turnover, or the removal of older, high-emitting cars from the road. The association has set up a nonprofit foundation to aid in that endeavor, and Groves said those efforts could be helped through a tax credit.

For its part, the Air Pollution Control Division will also be working to put in place the internal administrative processes necessary to analyze data from the automakers, validate sales and track the credits properly, Kaufman said. Because manufacturers will be able to accrue credits before the mandate kicks in, the division told them that “we need to start talking earlier rather than later,” he said.

Toor and Kaufman said the state is also interested in removing barriers to electrifying the so-called transportation network companies. The new mandate “potentially opens up some interesting opportunities for the automakers to engage with companies like Uber and Lyft in Colorado” and could help the manufacturers meet their electric vehicle sales requirements, Toor said.