But hostless Emmys would not deter audiences, poll shows 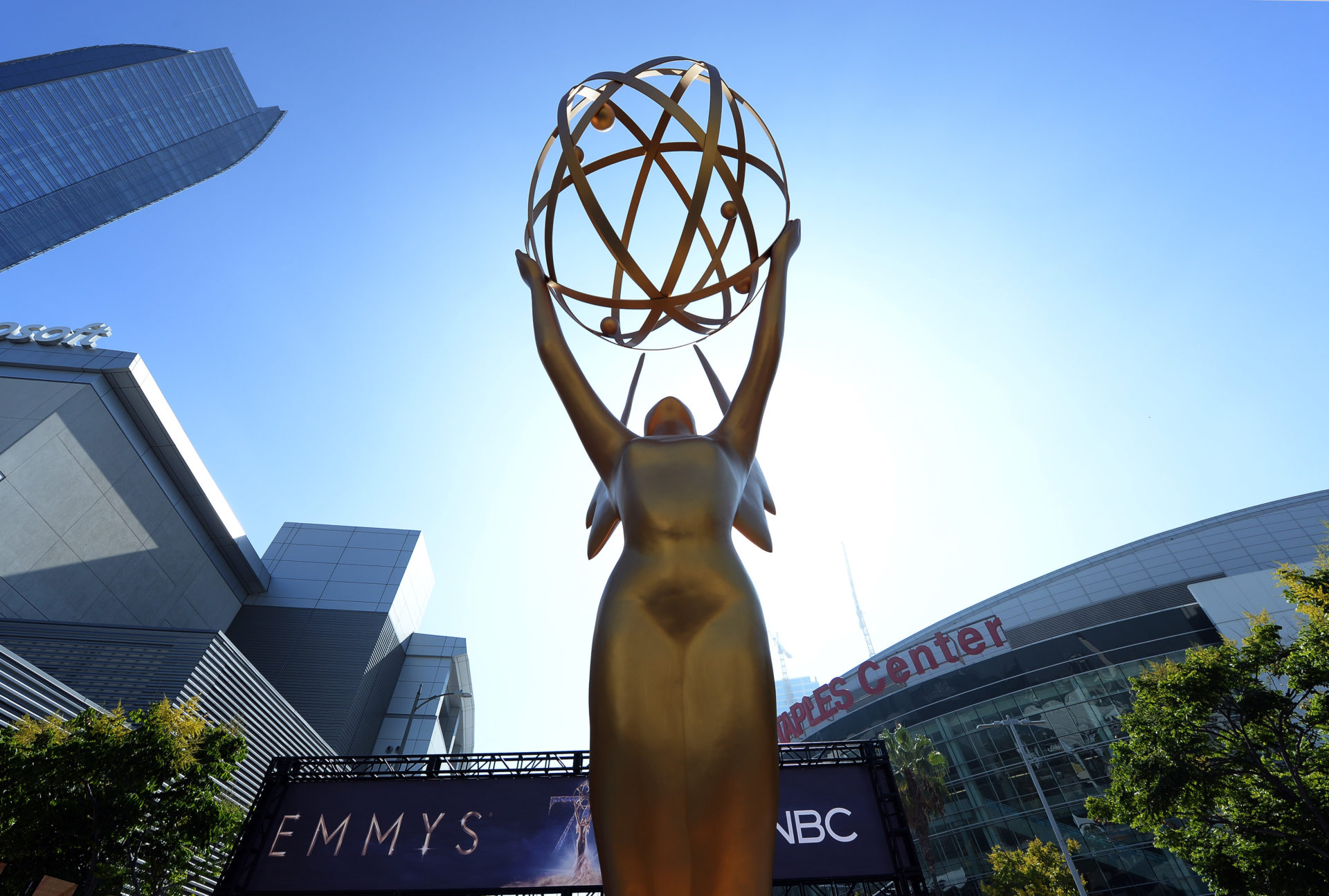 After the unearthing of old homophobic tweets prompted Kevin Hart to step down as Oscars host, the 2019 Academy Awards telecast was a hostless affair. This year’s Primetime Emmy Awards will be more of the same, but despite polling that shows most Americans would prefer a hosted awards show, most viewers said a host would ultimately make no difference in whether they watch the show.

The last time the Primetime Emmys went hostless was in 2003. But last month, during the Television Critics Association press tour, Fox Entertainment CEO Charlie Collier confirmed earlier reports that this year’s Emmys telecast would be going without a host, though several names had been considered, per Variety. 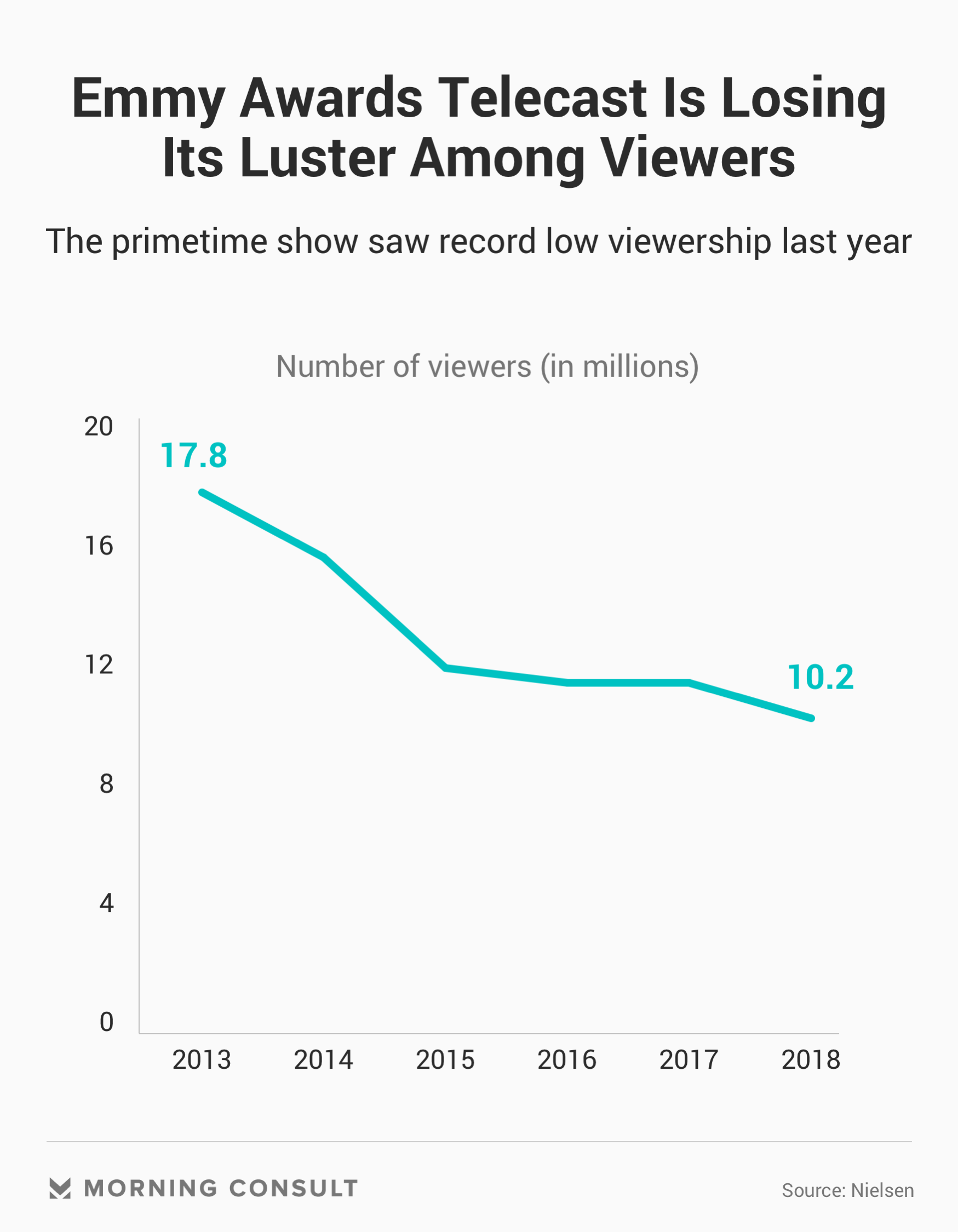 An Aug. 8-9 Morning Consult/The Hollywood Reporter poll found that a slim majority — 54 percent — of adults prefer awards shows with hosts, while 6 percent prefer a hostless telecast. The survey polled 2,200 adults and had a margin of error of 2 percentage points.

Nielsen data shows that viewership for awards shows, including the Academy Awards and the Primetime Emmys, has been on the decline. In 2018, both telecasts brought in record-low viewership: Just over 26.6 million viewers for the Oscars and slightly more than 10.2 million for the Emmys. Though not necessarily correlated, the Oscars’ hostless 2019 telecast saw an increase in viewership for the first time since 2014, drawing in 29.6 million viewers.

Barbara Jones, professor of practice in the television, radio and film department in the Newhouse School at Syracuse University, said that the early fall air date of the Primetime Emmy telecast could be a contributing factor to its low viewership.

Related: Half of the Country Thinks Oscars Are Irrelevant

While the networks televising the awards show are able to advertise their upcoming programs, the telecast airs “when people are still settling into their fall routine” and may not be used to sitting down and tuning in to new programming, she noted. But she doesn’t think that a hostless awards show will become a new trend.

“Producers of the shows will look at it on an annual basis,” she said, taking the time to see what works and “really analyze their audiences.”

The Emmys, which rotates between networks on a yearly basis, often draws upon a network’s late-night talent to serve as a host, with Stephen Colbert, Jimmy Kimmel and Seth Meyers all taking on hosting duties in recent years.

Jones points out that Fox has no late-night comedians to draw upon, which could have been a reason that producers decided to forgo the host. The last time Fox aired the Primetime Emmys, Andy Samberg, who starred in the then Fox-based sitcom “Brooklyn Nine-Nine,” served as host.

According to a source close to the production, Fox Entertainment wanted to take the show in a different direction for its first Emmy telecast since the “new” Fox Corp. was formed after Walt Disney Co. acquired 21st Century Fox Inc.’s entertainment assets. And going without a host gives the producers a chance to do a different kind of broadcast, as well as celebrate the final year of shows such as “Veep” and “Game of Thrones” at the Emmys.

In the end, the presence or absence of a host may have no impact on Emmys viewership: Fifty-six percent of respondents said that the lack of a host made no difference as to whether or not they would watch the telecast.