Media environment has made preseason camps ‘more of a profit center,’ exec says 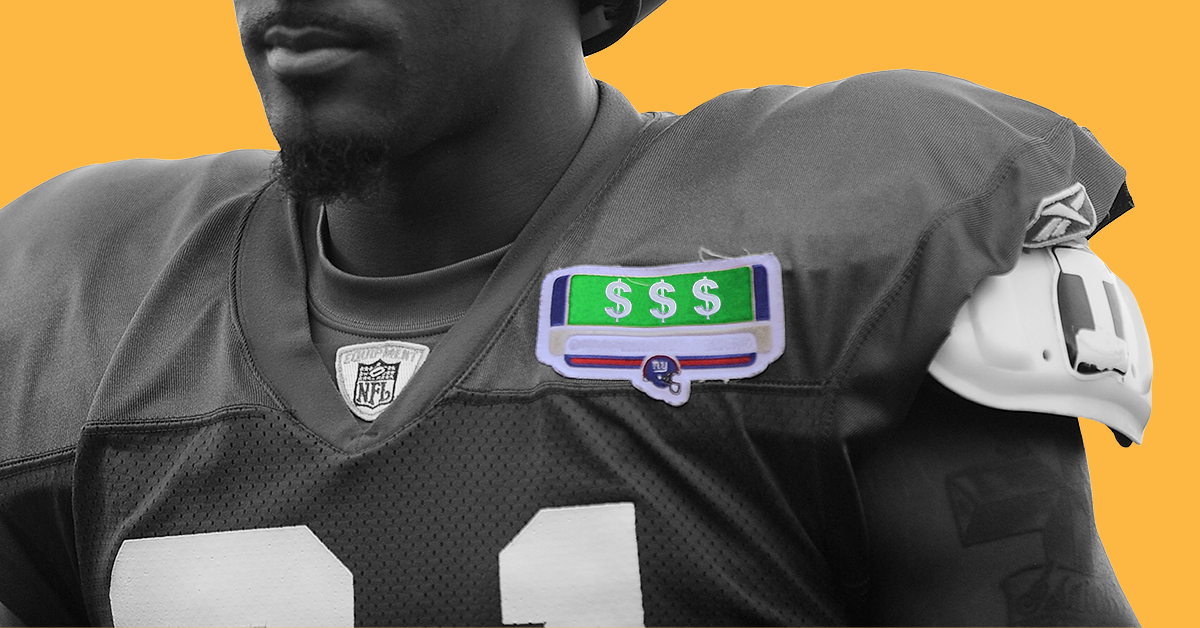 NFL training camps have been a staple of the late summer sports calendar since the league’s 1920 founding, but the digital age’s increasingly brighter spotlight on the preseason exercise has given rise to a new revenue stream: sponsored practice jersey patches.

Heading into the 2019 season, 27 of the NFL’s 32 franchises currently have at least one patch partner, while 21 have a brand adorning practice jerseys for both training camp and the regular season, according to a Morning Consult analysis of information provided by team representatives. Multiple people with direct knowledge of price tags for practice jersey sponsorships pegged them at a seven-figure minimum. Some of those sponsorship agreements likely include a bevy of other assets, while others might also be tied to naming rights for a practice facility or other team venue, those people said.

While the Tennessee Titans first donned sponsored patches 20 years ago, the analysis indicates that the rest of the league has come around to the idea more recently, with the NFL instituting a policy in 2009 enabling ads on practice jerseys. Eleven teams first secured a corporate partner in 2009 or 2010, while another half-dozen rolled out the program between 2012 and 2014. The Philadelphia Eagles and the Pittsburgh Steelers, in 2016 and 2017, respectively, were the most recent new arrivals to the patch space. (Twelve teams were unable to provide an exact year in which jersey partners were first adopted.)

At the time of reporting, five NFL clubs — the Denver Broncos, Carolina Panthers, Los Angeles Rams, Oakland Raiders and the Tampa Bay Buccaneers — had either yet to secure a practice jersey partner for the upcoming season or were in talks with brands to do so.

The ubiquity of social media, the 24-hour news cycle and a growing appetite for more NFL content has made training camp “more of a profit center” for teams, according to Michael Neuman, managing partner for New York City-based Scout Sports and Entertainment, creating “a viable environment for brands who want to take advantage” of that fan interest.

“If you think about professional sports, the attention and the focus that the media and the fans have for preseason — it’s always been the biggest for the NFL,” he said.

While regular-season practices typically take place behind closed doors, training camp offers a higher profile for brands. Executives interviewed for the story said that training camp gives companies from the health care, financial services and real estate sectors consistent access to touchpoints with fans during the summer, including VIP and hospitality experiences and possible brand exposure across linear and digital media when news outlets report live from practice.

Health care is the predominant patch sponsor this year: Ten of the 27 NFL teams with at least a practice patch sponsor have a relationship with a company from that industry, followed by telecommunications with five teams.

Given training camp’s focus on player preparation, it’s only natural that hospitals and health organizations align with franchises during the summer, when they can hold health and wellness clinics for children and promote an active lifestyle, said Frankenthal.

As kids begin participating in various sports activities in the fall, hospitals can arguably remain top of mind if injuries occur, and leveraging training camp “makes for a robust platform,” he said.