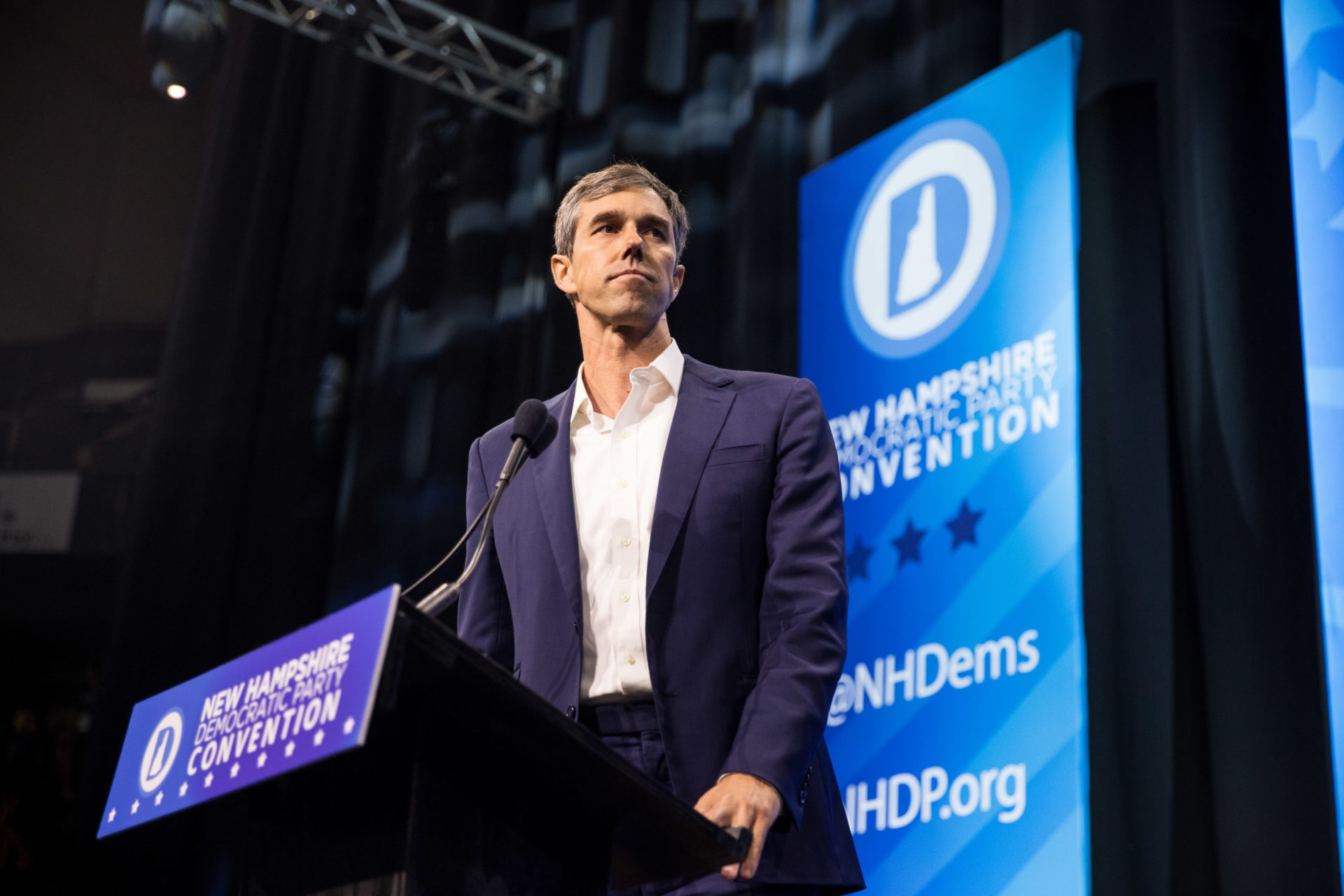 Former Democratic Rep. Beto O'Rourke of El Paso speaks during the New Hampshire Democratic Party Convention on Sept. 7 in Manchester. The former congressman has spent much of the past month advocating for gun control, a topic Democratic voters show an increased appetite for ahead of Thursday's debate. (Scott Eisen/Getty Images)
By Eli Yokley

As 10 Democratic presidential candidates prepare to face off at Thursday’s debate in Houston, the issue of gun policy has risen to the top of the priority list for the party’s voters.

According to a new Morning Consult/Politico poll, 73 percent of Democratic voters said it was “very important” for the candidates to discuss the issue in the September 12 debate, up 11 percentage points since voters were first asked before the June 26-27 debates. 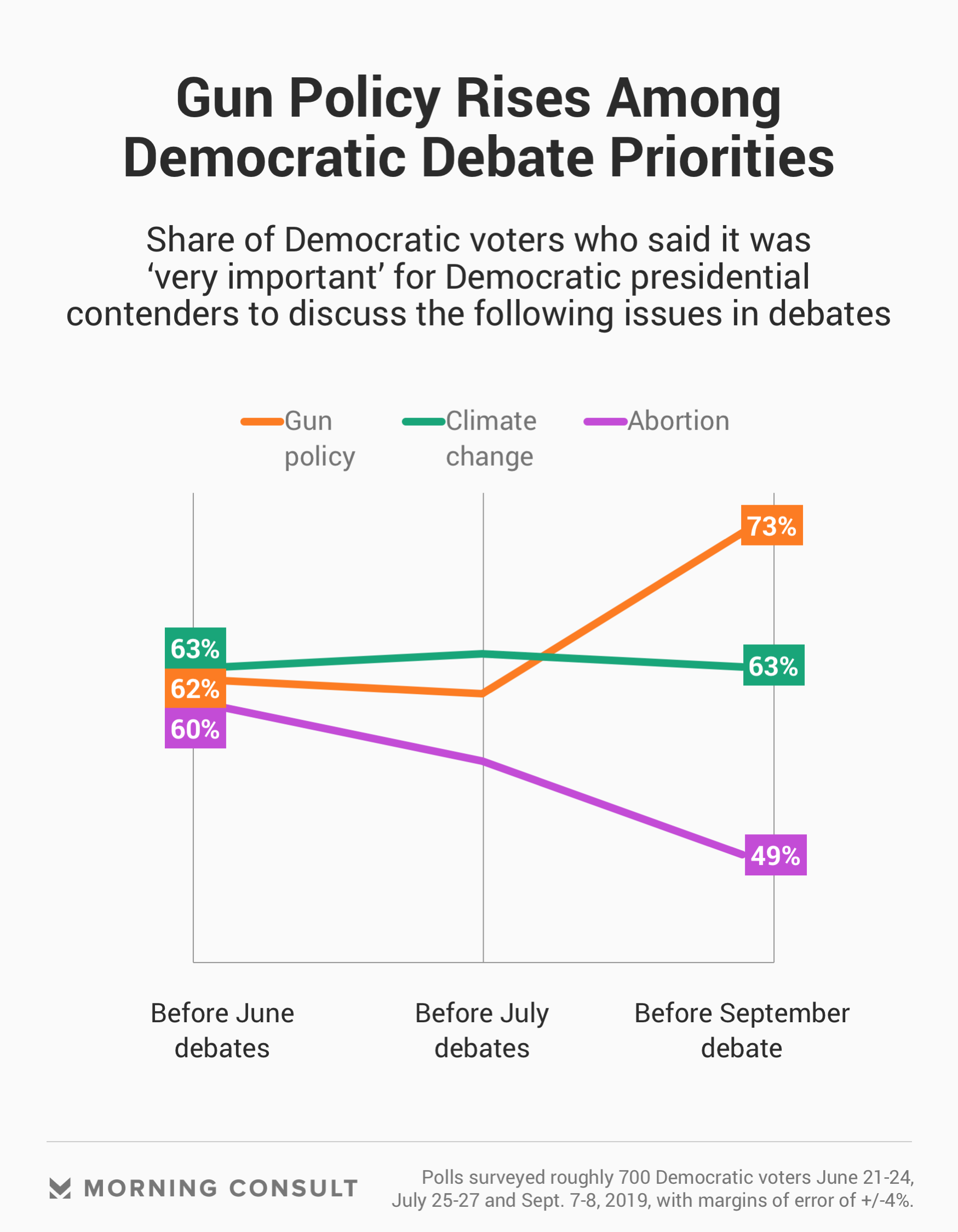 As they have before previous debates, the treatment of migrant children detained at the U.S.-Mexico border and climate change also scored high as priorities for discussion among Democrats. But gun policy has taken on more prominence following three deadly mass shootings throughout August in Texas and Ohio. The share of independents who said it’s very important Democratic candidates talk about gun policy was also up 8 points since polling before the July 30-31 debates. (The survey measured an 11-point drop among Republican voters who said the same.)

The shooting in El Paso preceded a relaunch of sorts for the presidential campaign of the city’s former congressman, Democrat Beto O’Rourke, who seized the gun control mantle that had been carried by Rep. Eric Swalwell (D-Calif.) until he ended his own presidential campaign in early July.

Speaking over the weekend at the New Hampshire Democratic Party Convention, O’Rourke reiterated calls for stricter gun control, pledging his support for measures with a diverse political backing such as universal background checks and “red flag” laws, while also highlighting his endorsement of a mandatory buyback program for assault-style rifles such as AR-15s and AK-47s.

A poll released Monday by Monmouth University found the majority of Americans (53 percent) oppose a mandatory buyback program, although 69 percent of Democrats support it.

It’s the latter trio who are facing the highest expectations ahead of Thursday. A 26 percent plurality of Democratic voters said they expect Biden to perform best, followed by 19 percent for Warren and 16 percent for Sanders.

Warren, whose share of first-choice support among Democratic primary voters has risen in Morning Consult tracking this summer, has seen expectations for her performance grow since before the first debates in June, when 12 percent of Democratic voters said they thought she’d perform best. Expectations for Sanders’ performance were up 3 points over that time frame, while Democrats became 7 points less bullish on Biden’s expected showing.

The latest poll was conducted Sept. 7-8 among 1,998 registered voters, with a 2-point margin of error.