President Donald Trump, on Sept. 4 in the Oval Office, references a map that appears to have been altered by a black marker to extend Hurricane Dorian's range to include Alabama. (Chip Somodevilla/Getty Images)
By Brian Yermal Jr.

Amid an ongoing dispute between President Donald Trump and his administration’s weather officials about Hurricane Dorian, a new poll shows that a slight majority of voters do not trust the president when it comes to information on hurricanes and other natural disasters.

A Morning Consult/Politico poll conducted Sept. 7-8 among 1,998 registered voters found that 51 percent of voters said they did not trust Trump “at all” when it comes to information about hurricanes and other natural disasters.

Majorities of Democrats (78 percent) and independents (55 percent) said the same, while 58 percent of Republican voters said they trust Trump “a great deal” or “somewhat” concerning information on hurricanes and other disasters. The poll has a margin of error of 2 percentage points. 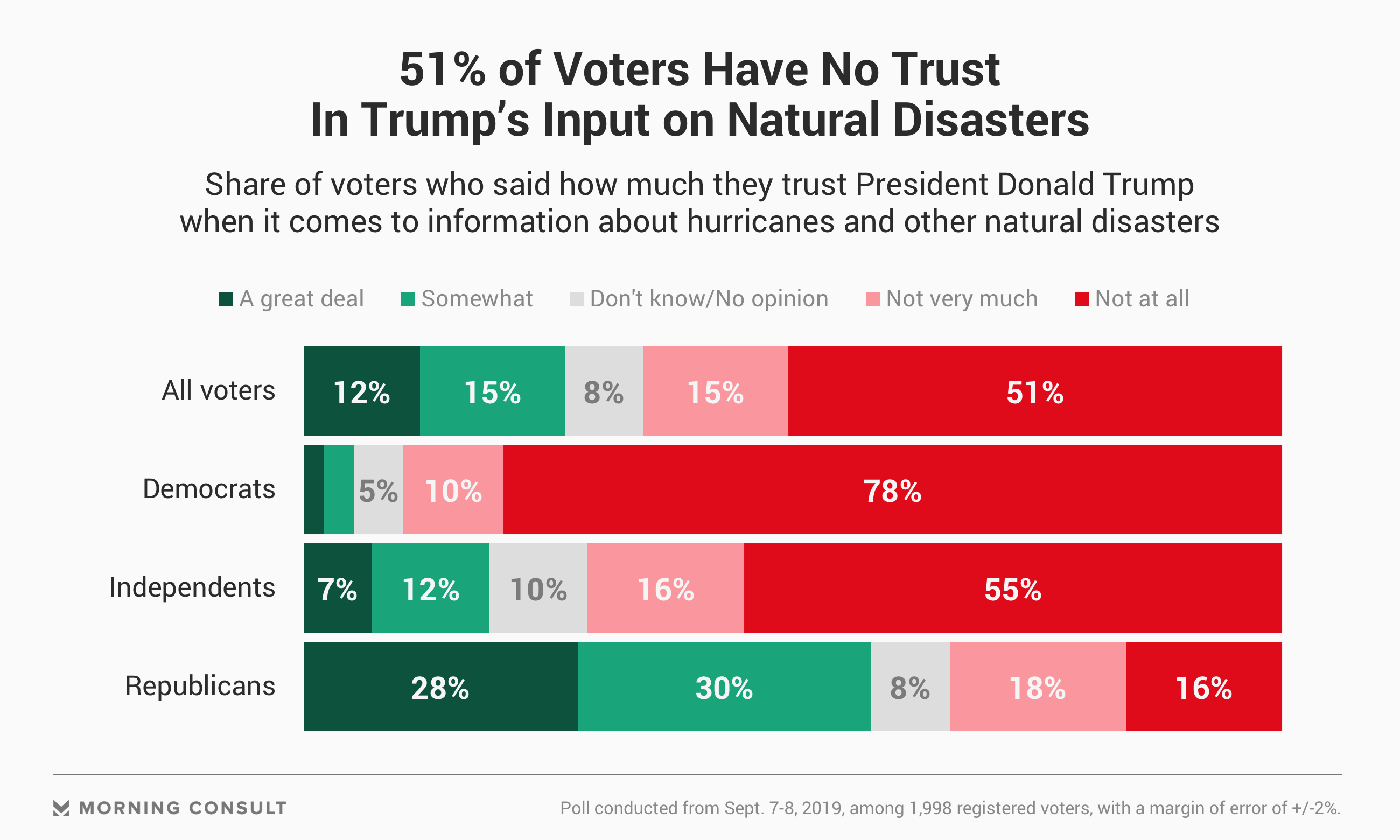 The latest survey was conducted after Trump wrote on Twitter on Sept. 1 that Hurricane Dorian was going to affect Alabama “(much) harder than anticipated.” The National Weather Service office in Birmingham, Ala., then issued a tweet saying, “Alabama will NOT see any impacts” from the storm.

Trump defended his claim over the following days via additional tweets. On Sept. 4, he displayed a National Oceanic and Atmospheric Administration map showing the forecast track of Dorian that appeared to have been edited with black marker to include part of Alabama in the storm’s projected path. Hurricane Dorian caused at least 50 deaths and widespread damage in the Bahamas, as well as flooding and wind damage in Florida and the Carolinas, but Alabama saw no effects from the storm. 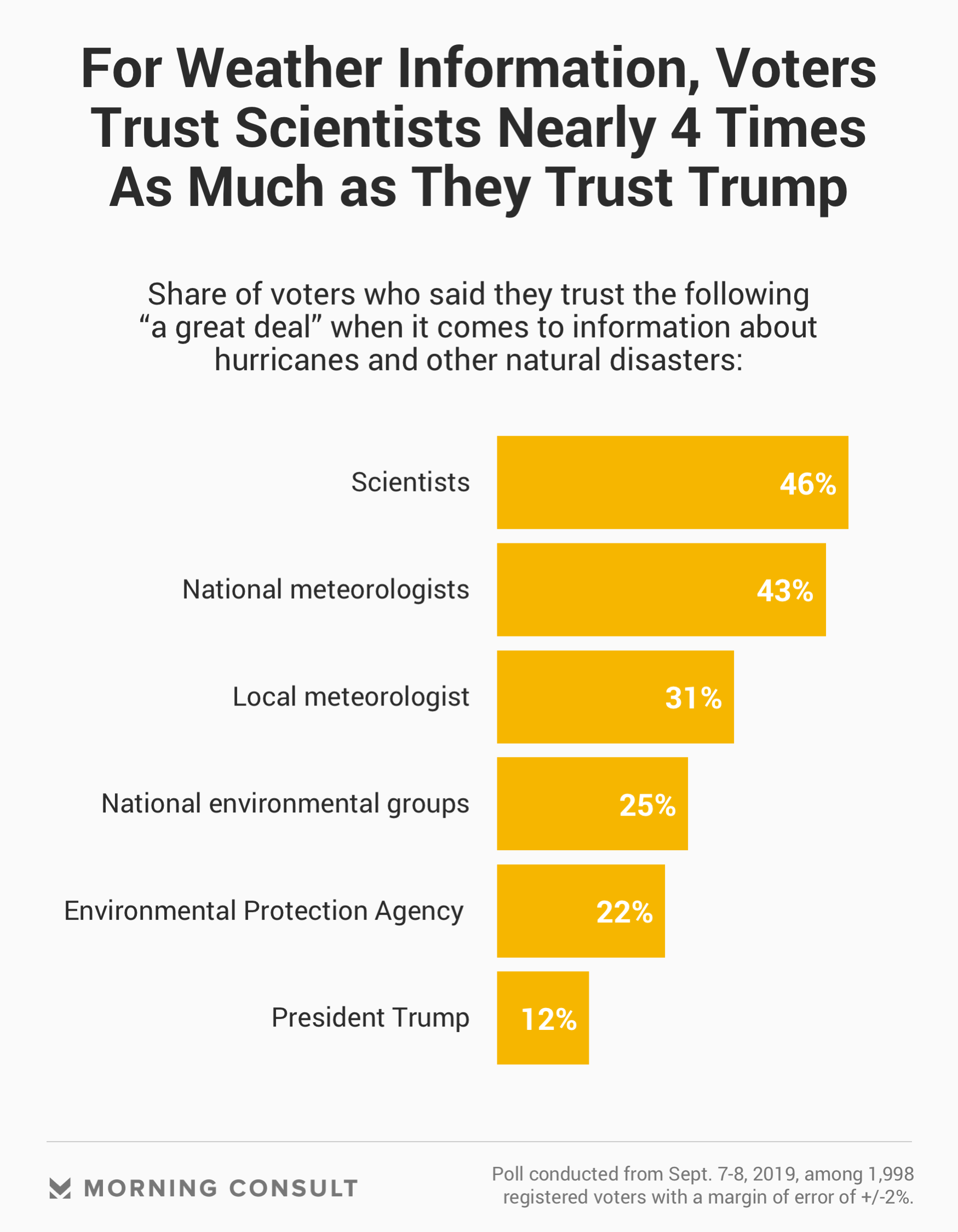 After several days of friction over Trump’s claim, the NOAA, which oversees the National Weather Service, issued an unsigned statement Friday saying that hurricane information provided to the president and public between Aug. 28 and Sept. 2 indicated that Dorian could impact Alabama and that the National Weather Service’s tweet “spoke in absolute terms that were inconsistent with probabilities” available at the time.

The New York Times later reported that Commerce Secretary Wilbur Ross, whose agency oversees NOAA, threatened to fire top employees over the matter involving Trump and the National Weather Service, on the same day NOAA issued its statement. Neil Jacobs, the acting administrator of NOAA, defended the statement in a speech Tuesday, saying that the “weather should not be a partisan issue.”

While the Morning Consult/Politico poll clearly shows the electorate’s trust in Trump on weather-related matters is a partisan issue, voters appear more likely to place their faith in nonpartisan sources such as scientists and national meteorologists to provide reliable information on natural disasters.

On this topic, voters were nearly four times more likely to say they trust scientists “a great deal” (46 percent) than to say the same about Trump (12 percent).