How Democratic Voters Graded the Candidates in the Summer Debates 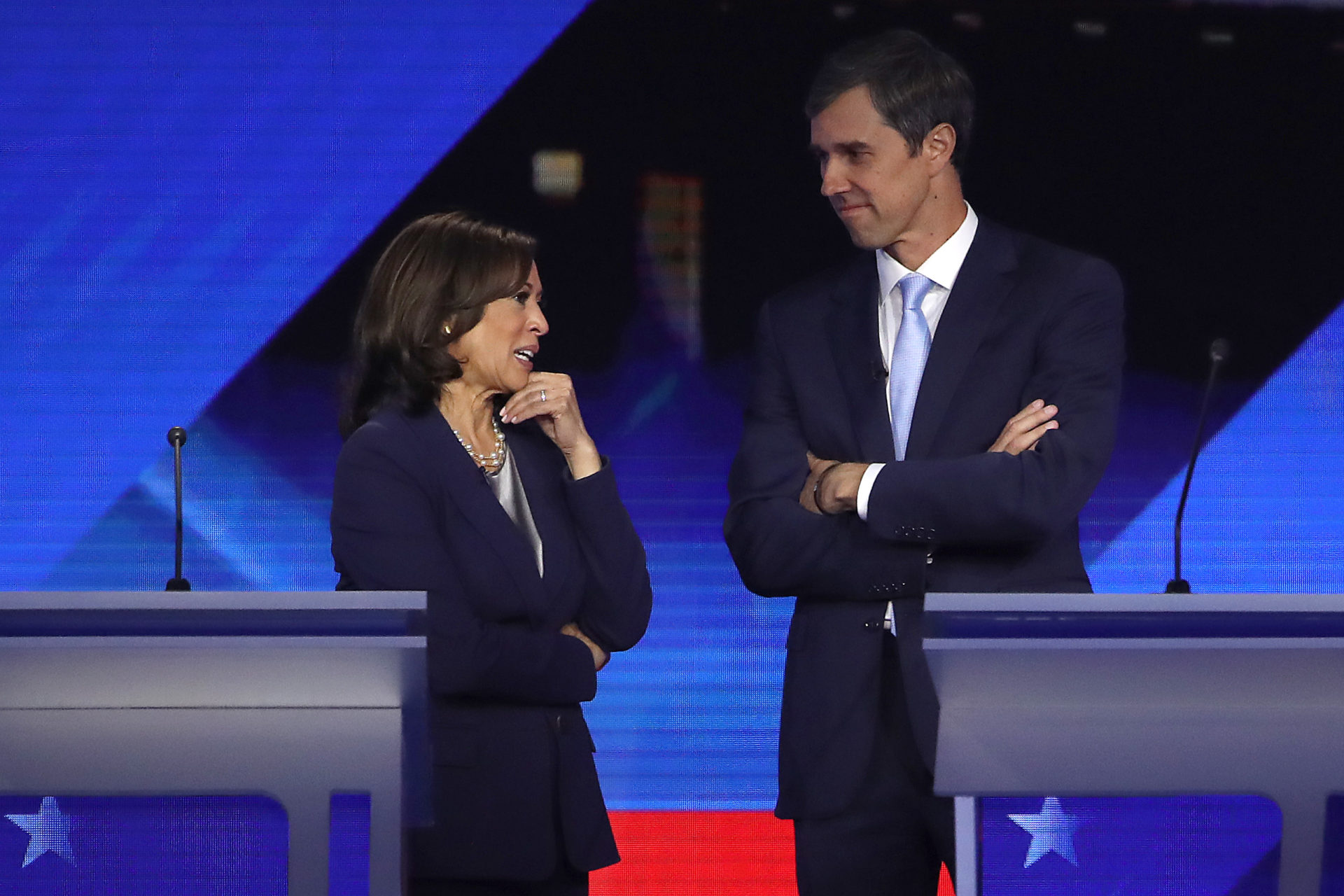 Democratic presidential candidates Sen. Kamala Harris (D-Calif.) and former Texas congressman Beto O'Rourke converse during a break in the Democratic Presidential Debate at Texas Southern University's Health and PE Center on Sept. 12, 2019, in Houston, Texas. O’Rourke saw perceptions of his debate performance surge among Democratic voters after the third debate, while Harris failed to capitalize on the momentum she earned in the first debate in Miami. (Win McNamee/Getty Images)
By Joanna Piacenza

Hot debate summer is over, and the reviews are in.

Morning Consult/Politico polling conducted after each of the Democratic presidential debates in Miami, Detroit and Houston shows that Democratic voter evaluations were relatively steady for most of the candidates who earned a place on the stage, with some exceptions. 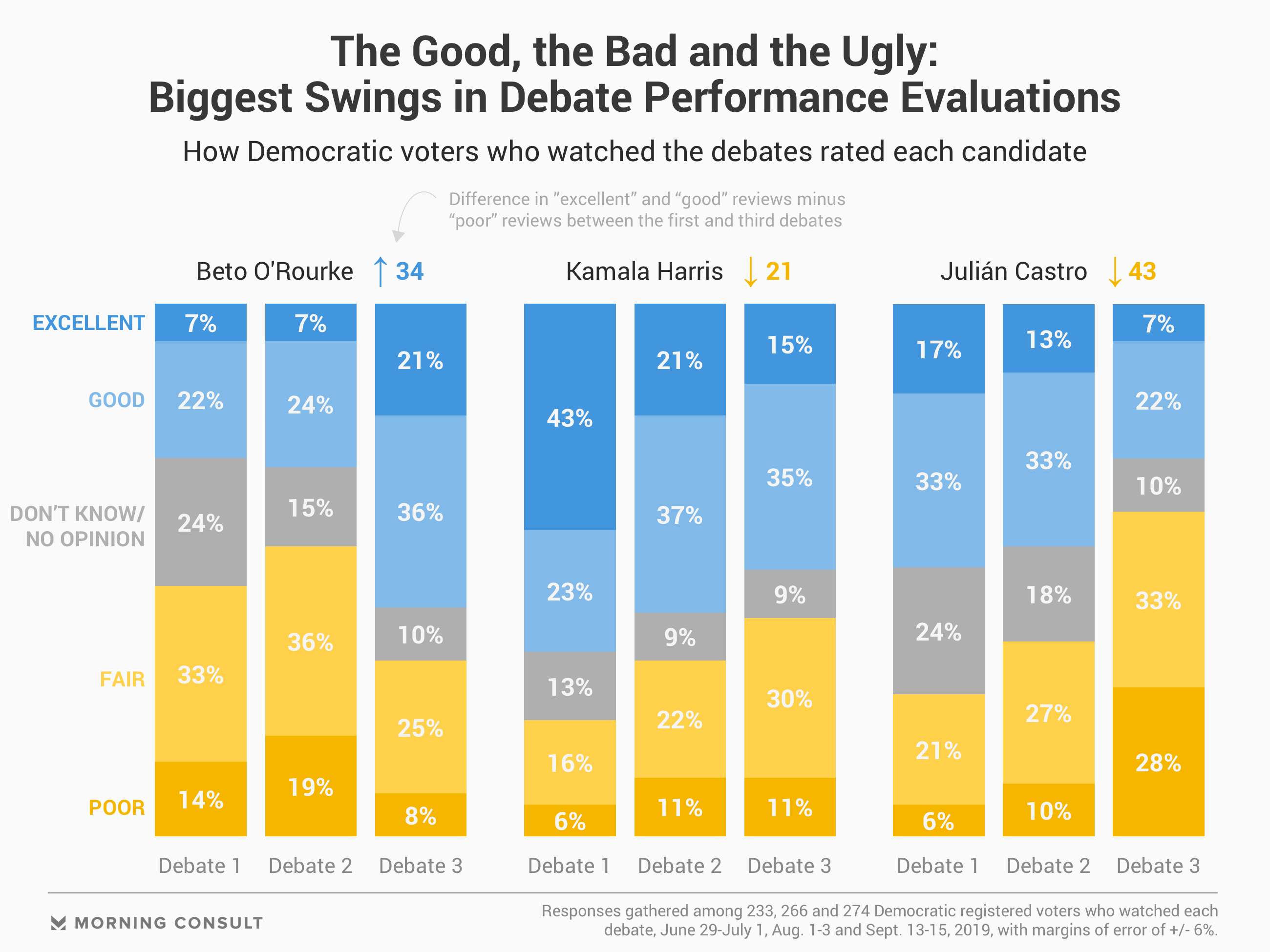 Democratic voters who watched the debates were asked to grade each of the candidates’ performances. Morning Consult gauged difference in evaluations by subtracting “poor” reviews from “excellent” and “good” ones between the first and latest debate.

Former Texas Rep. Beto O’Rourke saw perceptions of his debate performance surge after the third debate, but voters are no more likely to say they’ll vote for him: He has sat at roughly between 3 and 4 percent of Democrats’ vote choice all summer. California Sen. Kamala Harris failed to capitalize on the momentum she earned in the first debate in Miami — when three in five Democratic voters praised her performance. She now has nearly as many viewers saying she did fairly or poorly as saying she did well in the latest debate. And former Housing and Urban Development Secretary Julián Castro’s attacks on the race’s front-runner, former Vice President Joe Biden, backfired with viewers — his net favorability among Democratic primary voters dropped 11 points post-debate. 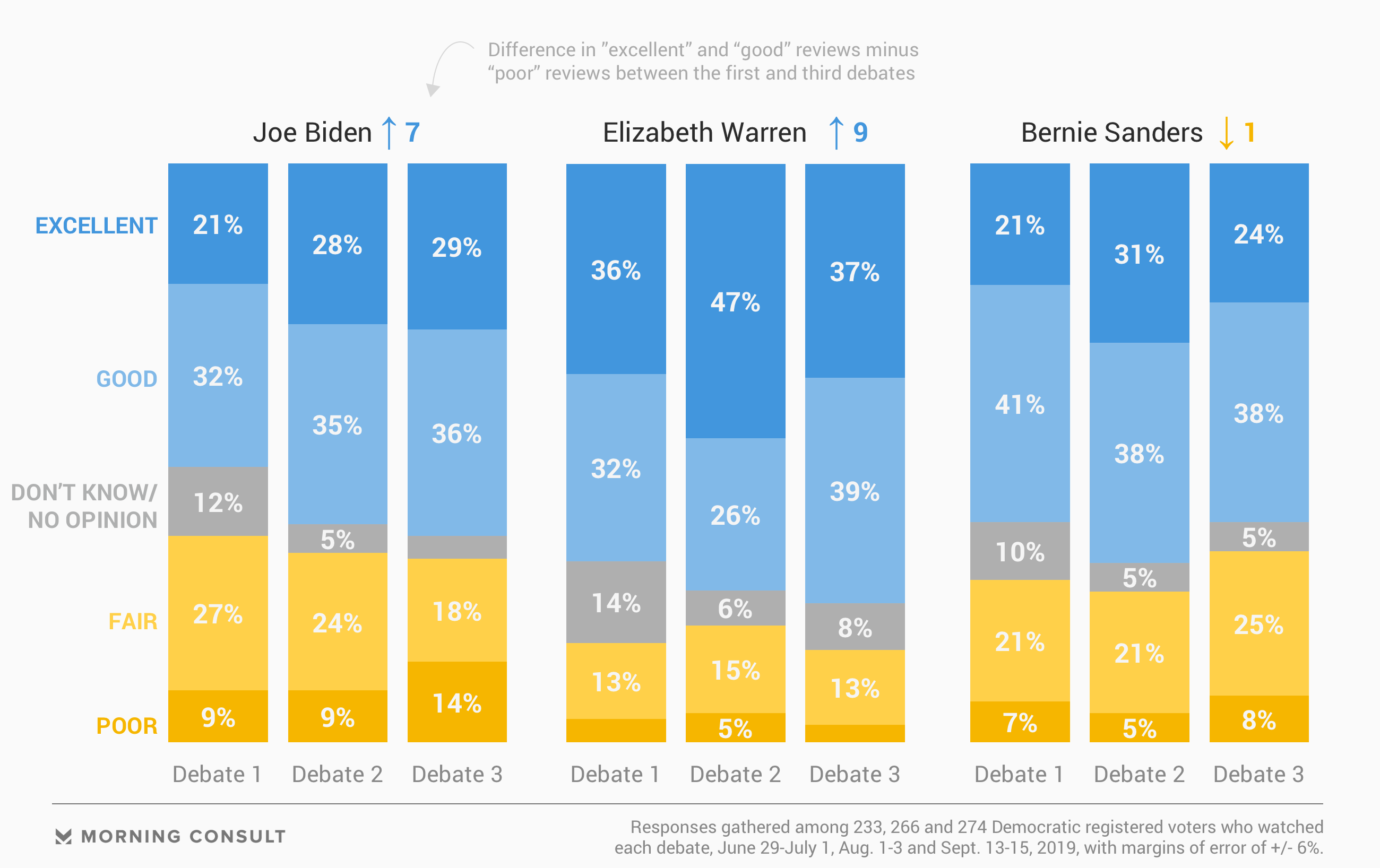 Performance evaluations of the top-three candidates have barely moved since the first debate in June, although Biden’s seen a double-digit increase in positive assessments despite negative press.

The latest Morning Consult/Politico post-debate survey was conducted Sept. 13-15 among 1,994 registered voters and has a 2 percentage point margin of error. The post-Miami and post-Detroit debate surveys can be found here and here. 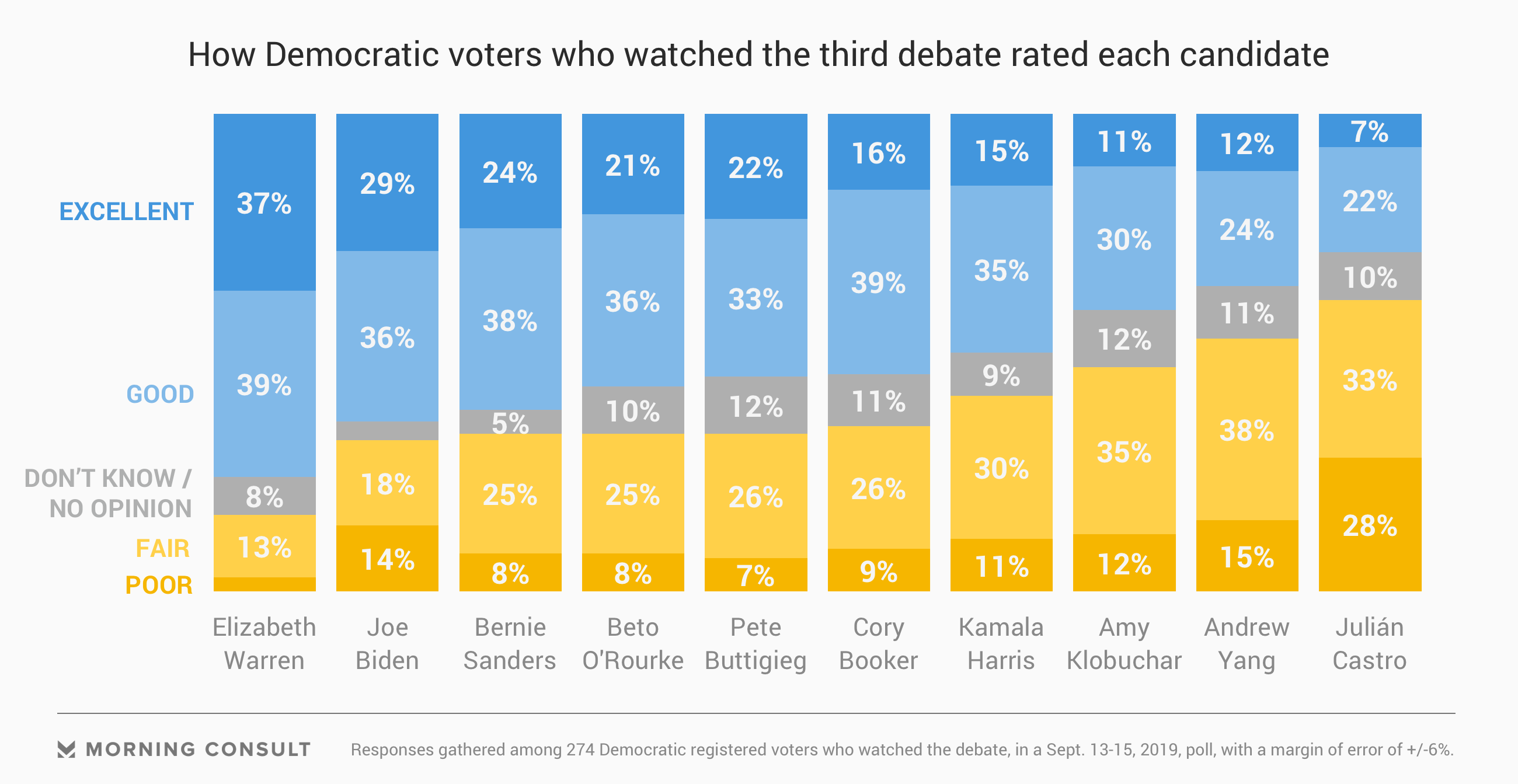 Viewers declared Sen. Elizabeth Warren (D-Mass.) the winner of the most recent debate, with roughly three-quarters saying she did “excellent” or “good,” but voters have always deemed her a top performer in the debates. Warren saw a 2 percentage point jump in vote choice post-debate.

So far, the debates have done little to alter the trajectory of the race, and that could be because a significant chunk of the country isn’t tuning in. Fewer than 2 in 5 (38 percent) Democratic voters watched last week’s debate in Houston. That’s roughly on par with the share who tuned into the first pair of debates on June 26 and June 27.

Next month’s debate will have at least one more contender if no one exits the race — billionaire philanthropist Tom Steyer was one qualifying poll short of making the stage in September, but is qualified to join the other hopefuls on Oct. 15 — and possibly Oct. 16, if the event is split into two nights.