Want to Find Love on TV? Head to ‘Paradise’ 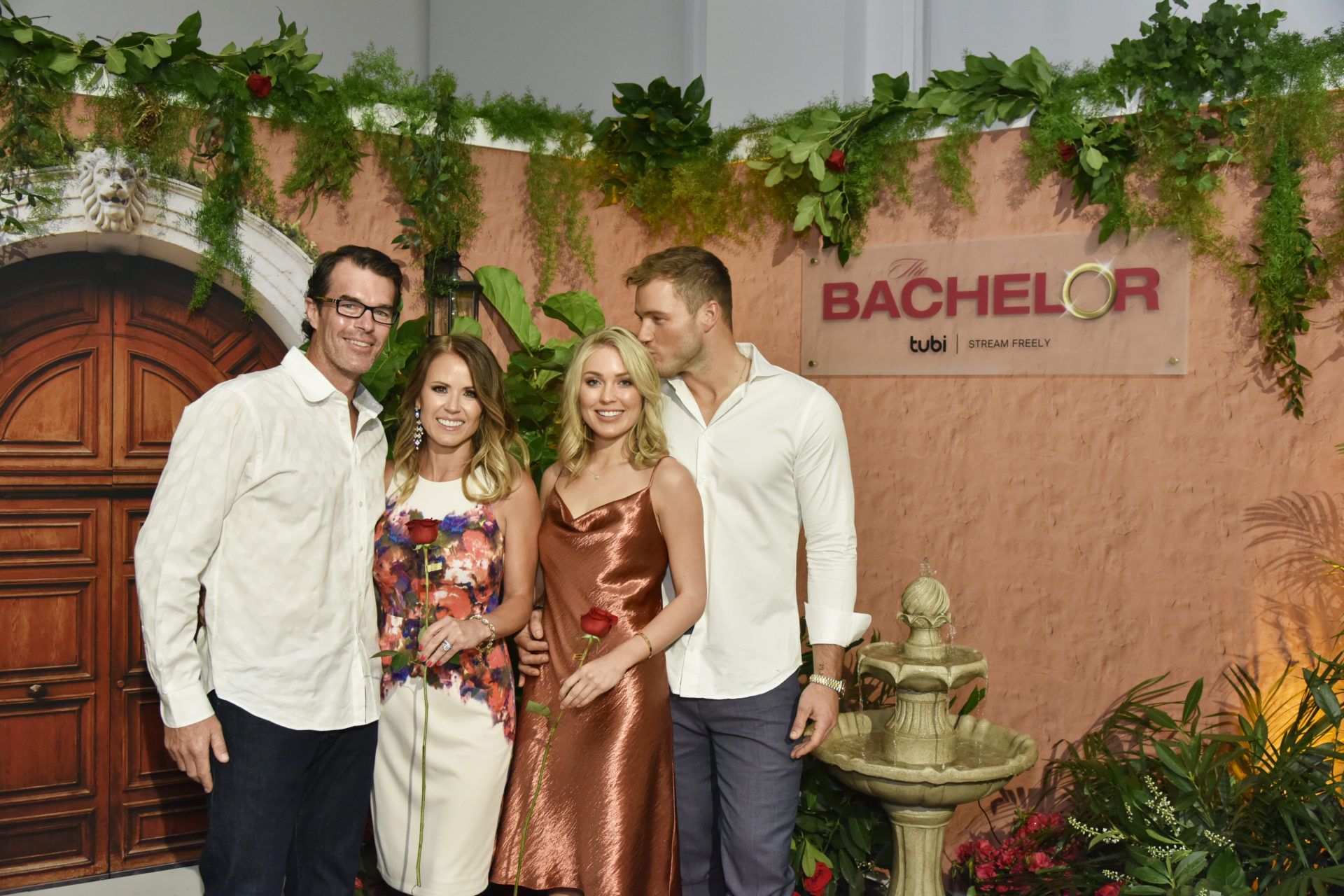 After 17 years, the “Bachelor” franchise has gained more of a reputation for bringing the drama than creating successful, lasting relationships. But after last night’s “Bachelor in Paradise” finale provided three engagements, as well as updates on several other couples, a beach in Mexico looks to be the best place to meet “the one.”

Over the course of 23 seasons, “The Bachelor” has resulted in three marriages, with only one lead marrying the woman he proposed to on the show: Sean Lowe, Season 17’s Bachelor, who wed Catherine Giudici in 2014. Season 13’s Jason Mesnick and Season 22’s Arie Luyendyk Jr. married runner-up contestants after television breakups with their initial picks. Colton Underwood, the leading man of Season 23, didn’t propose to his pick, Cassie Randolph, but the pair have been dating since their season ended. 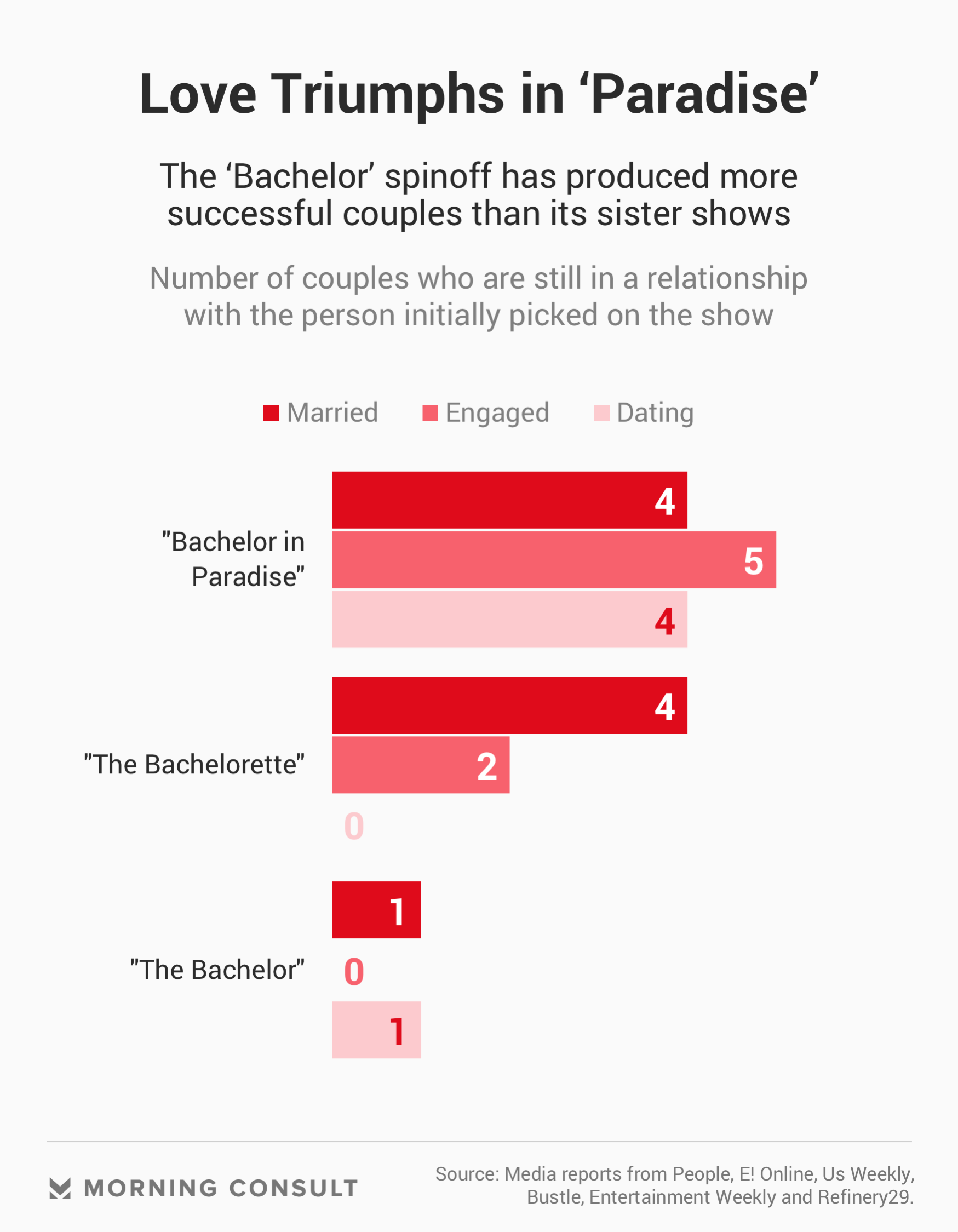 “The Bachelorette” has fared better over its 15 seasons, producing four marriages and two lasting engagements. The first Bachelorette, Trista Rehn, is still married to Ryan Sutter after 15 years, while Season Seven’s leading lady Ashley Hebert and her pick J.P. Rosenbaum, as well as Season Nine’s Desiree Hartsock and Chris Siegfried, are married with children. Rachel Lindsay and Bryan Abasolo were the most recent couple to walk down the aisle, marrying in August 2019.

Season 12 star Jojo Fletcher and her fiancé Jordan Rodgers have been engaged since 2016 and are planning a wedding, while Luyendyk’s former fiancée, Season 14 Bachelorette Becca Kufrin, found love with Garrett Yrigoyen, whom she has been engaged to since 2018.

But “Bachelor in Paradise” is the real star in the franchise, having more success in the matchmaking realm than its sister shows. The spinoff, launched in 2014, places former “Bachelor” and “Bachelorette” contestants in a tropical setting to find love with their fellow single cast members.

This year’s “Paradise” produced a monumental first for Bachelor Nation: a same-sex couple. Demi Burnett, a fan favorite contestant from Season 23 of “The Bachelor,” got engaged to Kristian Haggerty — one of three engagements that aired as a part of last night’s finale. Hannah Godwin and Dylan Barbour, along with Katie Morton and Chris Bukowski, also shared their engagements, though Morton and Bukowski admitted that their relationship has had difficulties since they returned home.

But love isn’t the only perk that comes with “Paradise.” In addition to getting paid to be on “Paradise” (only the lead is paid during “The Bachelor” and “The Bachelorette”), contestants often find additional sources of income, with several starting podcasts or writing books about their experience on the show. Others use their TV following to promote products on social media (one Refinery29 article reports that earnings for sponsored Instagram posts from those with more than 1 million followers can start at $10,000 per post), make money from public appearances or even personalized video messages.

“The Bachelor” will have another chance to bolster its record when it returns in January for its 24th season, led by former “Bachelorette” contestant Peter Weber.